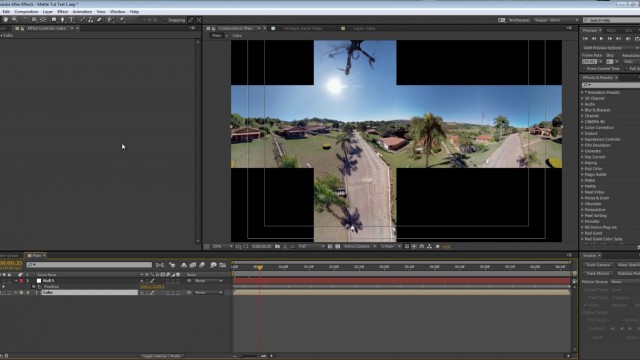 How to Stabilize 360 Drone Footage in After Effects | SkyBox Studio

Charles Yeager (yeagerfilm.com) explains how to stabilize 360 drone footage in After Effects using the built-in Tracker feature, with SkyBox Studio. He uses the SkyBox Converter to convert the drone footage from equirectangular format to cubic cross, to have a flat surface area to work with. He attaches a Null onto the road beneath the drone, and sets the motion target to the Null. It is a pretty simple technique, and you will have varying degrees of success based on the wobble in your original footage. The same process is used by Alex Vasutin (vrvr.pro) in: Stabilise 360 Footage and Add VFX in After Effects. 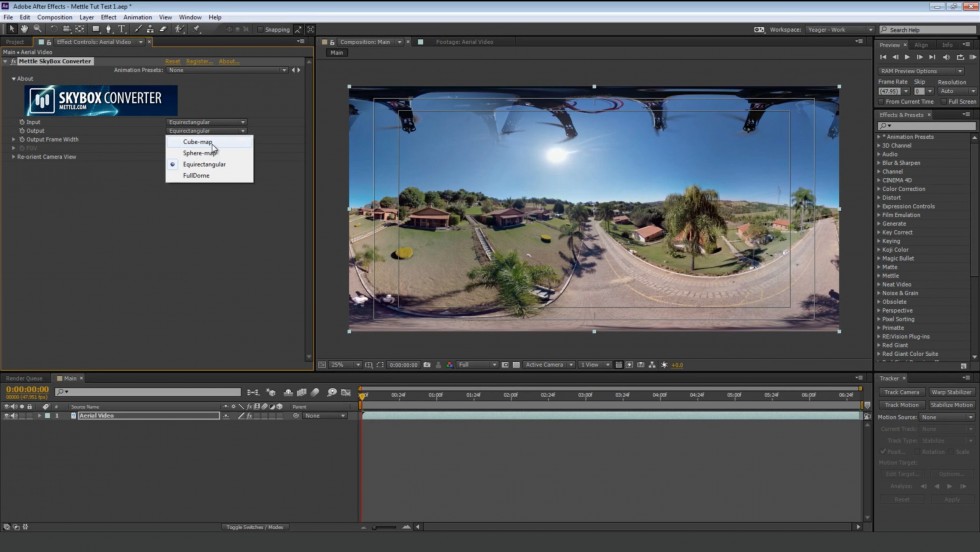 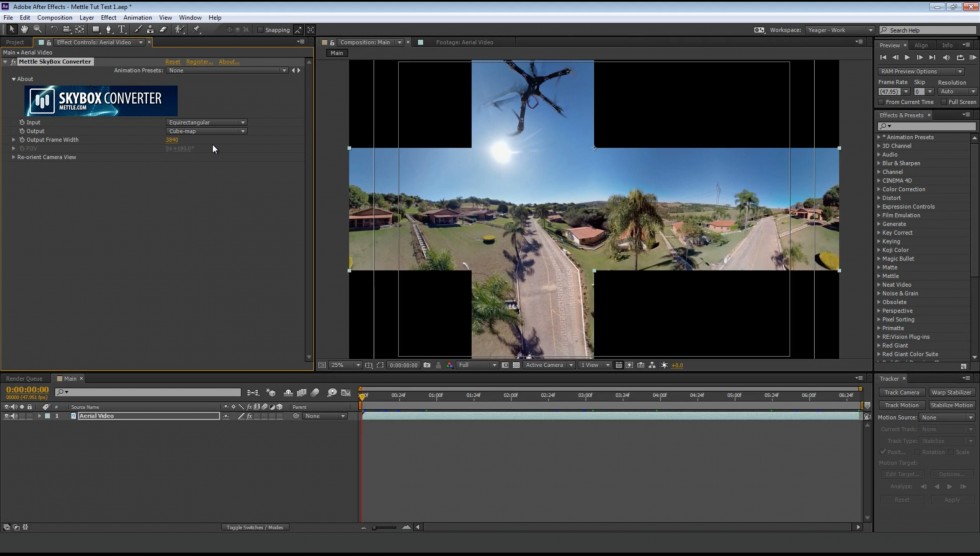 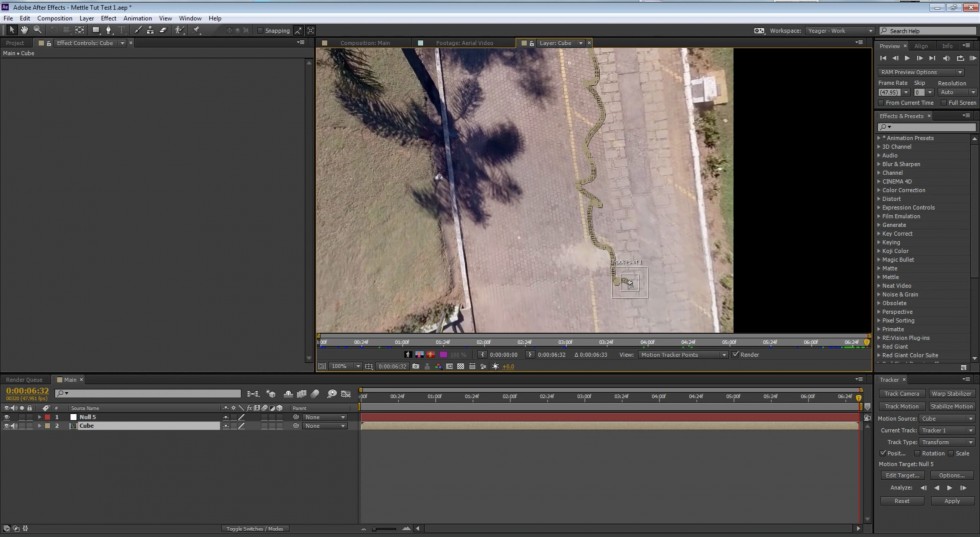 A Null is attached to the bricks in the road beneath the drone. The motion target is the Null.

We see the same technique used to stabilize motorcycle footage.