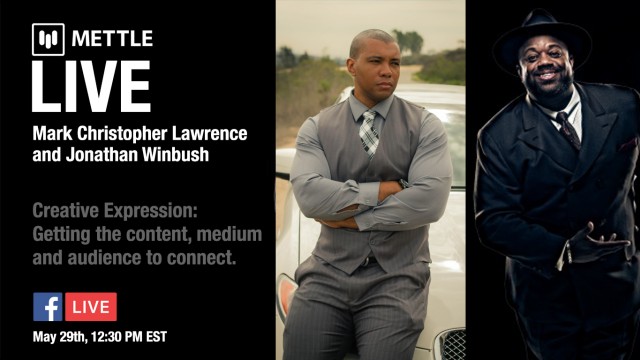 Join us live with Mark Christopher Lawrence and Jonathan Winbush for a talk on “Creative Expression, Getting the content, medium and audience to connect”. Friday May 29th at 12:30 pm EST. Hosted by Mettle co-founder Nancy Eperjesy.

Send us your questions: what you’d like to know.

Treat yourself to a few laughs: 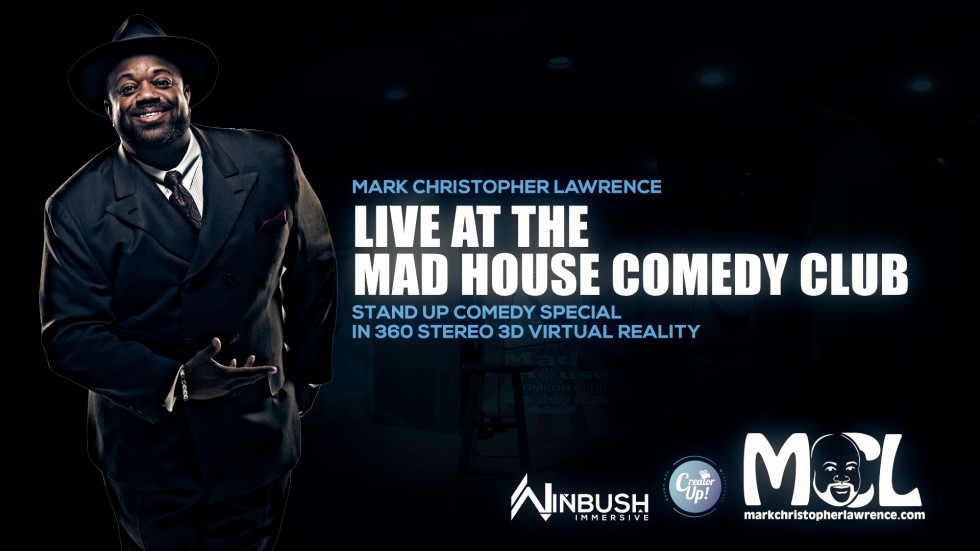 Mark Christopher Lawrence is an incredibly talented and prolific tv and film actor, voice actor and comedian, well known for his role as Big Mike on NBC’s Chuck, Terminator 2, and the Pursuit of Happiness. He has collaborated with Jonathan Winbush for the world’s first 8K 3D 360 Virtual Reality Comedy Special.

Jonathan Winbush (Winbush Design & Animation Studio) is an international award winning motion graphics artist that now works in VR/AR. Rated as one of the top 25 artist in Hollywood by Inferno Development, Jonathan has worked on movies and television shows for studios such as Marvel, DC, Discovery, Warner Bros, Hasbro and many more. Jonathan is also the co-creator of the multi award winning Magma Chamber VR project for Rock n Roll Hall of Famer Mix Master Mike of the Beastie Boys.