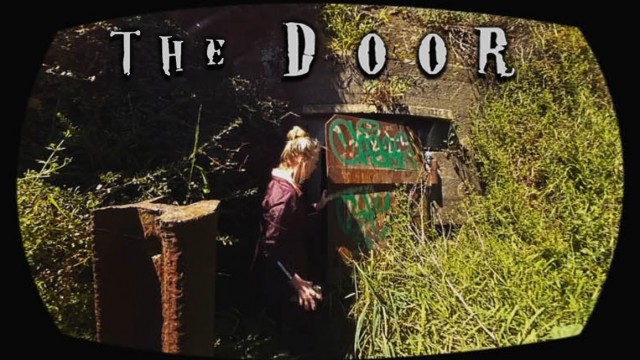 “The Door” is a 3D 180/VR Psych-Thriller from filmmaker Ed Davis (Underbelly). The film plays with the viewers gaze, uses subtle camera moves and trips the viewer from objective bystander to First person view and back again, similar to a dream. The 180 format uses only half of the sphere that is used in 360 video, and assumes that the viewer will not turn their head all the way back, but will view a film by keeping their gaze in the front half of the sphere. Stereoscopic or 3D format adds depth and makes the experience more immersive.

Working in 3D 180 is a natural evolution for Ed, who has always worked with long takes and wide lenses to get an immersive effect. He finds 180/VR very exciting, and loves exploring how traditional filmmaking techniques and tropes can translate to immersive story telling. Post-production included the Skybox plugins, which are now integrated into Adobe CC 2018.

If you haven’t already, watch THE DOOR in a VR headset!

We were fortunate to have a Q and A session with Ed, and find out more about his project.
Beware – SPOILERS BELOW!

How did you come up with the concept for the film?

I drew from a personal experience I had that left a strong impression. When I was a kid on a family vacation we went to a wax museum of horrors in Vancouver – and I’ll never forget the woman on the Algerian Hook. Last year I made some short 1-shot dance films with 3rd year NZSD Contemporary students. The first one was with Holly Brogan – we talked about making more films some day – I invited her to a creepy location with an idea to make some kind of geo-locked mobile film VR experience with a gear360… No precise story at this point, but the idea of being drawn into a forbidding place… The 1st test, picture rez didn’t really hold up so well – so I rigged a pair of Kodak 4Ksp360s (side by side 3D180) on a Wenpod gimbal … We needed another person = Stina Lundkvist (from Toi Whakaari NZ Drama School )… We three went and shot  the 1st half of the film. The following day I showed them the results in Oculus Rift DK2 running off my laptop – it was very exciting – felt really new.. but using classic film language… still camera / tracking / approach / follow.. wait.. the viewer is forced to turn their head left or right depending on the framing… anticipation.. curiosity.. and ended with that spooky slow approach into the gaping doorway with violins rising rising.. and black out.

I didn’t know what would happen next – had to go away and think about it.. then I remembered the Algerian Hook.. ran the idea past Holly – how’d she like to hang from the ceiling – and be manipulated by a kind of supernatural puppet master? – she was game.. So she and I went back and I slung her up and shot some lighting tests to see how she looked / moved, draped that way.. later viewing in the DK2 again – more exciting – we showed Stina, and planned to go back and shoot a finale [Part II; Inside The DOOR]

We got another friend to be the figure in black.. we walked thru the shot – me explaining key moments – where to look etc.. then we shot it – and we only shot it once – and we nailed it. For me it was the most exciting 4 minutes of filmmaking ever  – the last 40 sec was all improvised, because I hadn’t figured out how to end it – Holly turning back and forth to my gesture – the soul extraction – just magic. 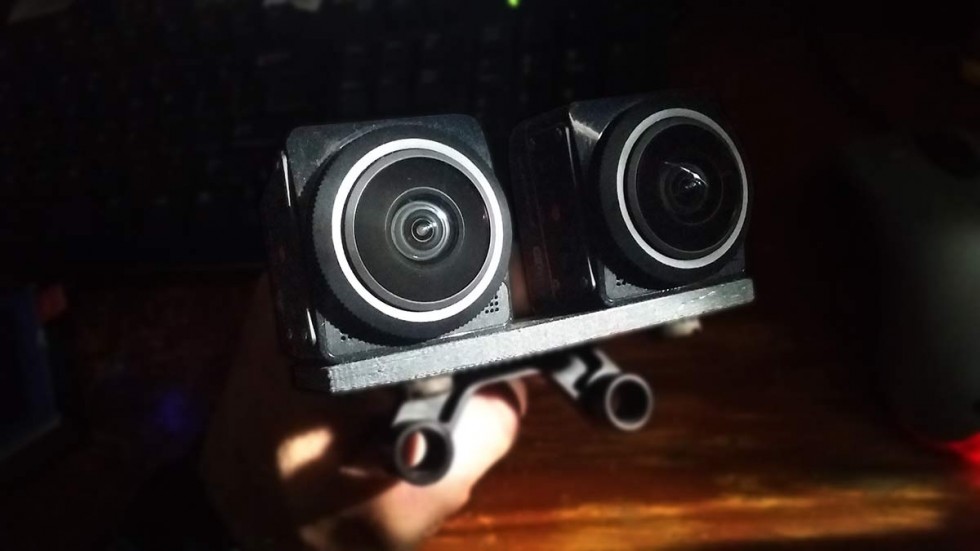 Why did you choose Stereo 180 format?

Making a film – the best part is the actual filming process… to carry the camera & be close to the actors, to direct the action- I’ve always been into steadicam and long takes, that feeling when everyone’s hitting their marks, and we nail the shot. Now, since I like to carry the camera – that makes 360 impractical.. also – most of the 360 films I’ve watched haven’t really impressed me worth the neck strain of craning around to see behind me… 180, or even 270 is plenty… I much prefer to sit back and relax – being immersed is amazing – but it shouldn’t hurt your neck. Maybe one day I’ll come up with an idea that demands 360 – in no rush

What is your background in filmmaking? What genres appeal to you? Do you have any links to earlier work?

Always been into theatre, acting, cameras, animation, software and cg/vfx since the 90s – My 1st camera was a Sony pro200 – then Canon Xl-1s… Lots of Music videos, Promos, TVCs – a glidecam – then 5D2, now Sony FS5 on a Ronin – with ezrig, serene, puppeteer. I like Sci-fi, comedy, suspense, and contemporary dance, and surreal / dreamlike sequences, animation, anything pretty much. I’m into filmmaking because I love it – I own all my own gear – independent, and I like to find willing collaborators and just get on with it – write a script and shoot it the next day – or go somewhere and flesh out ideas on the spot – then come back and shoot more as the idea evolves. 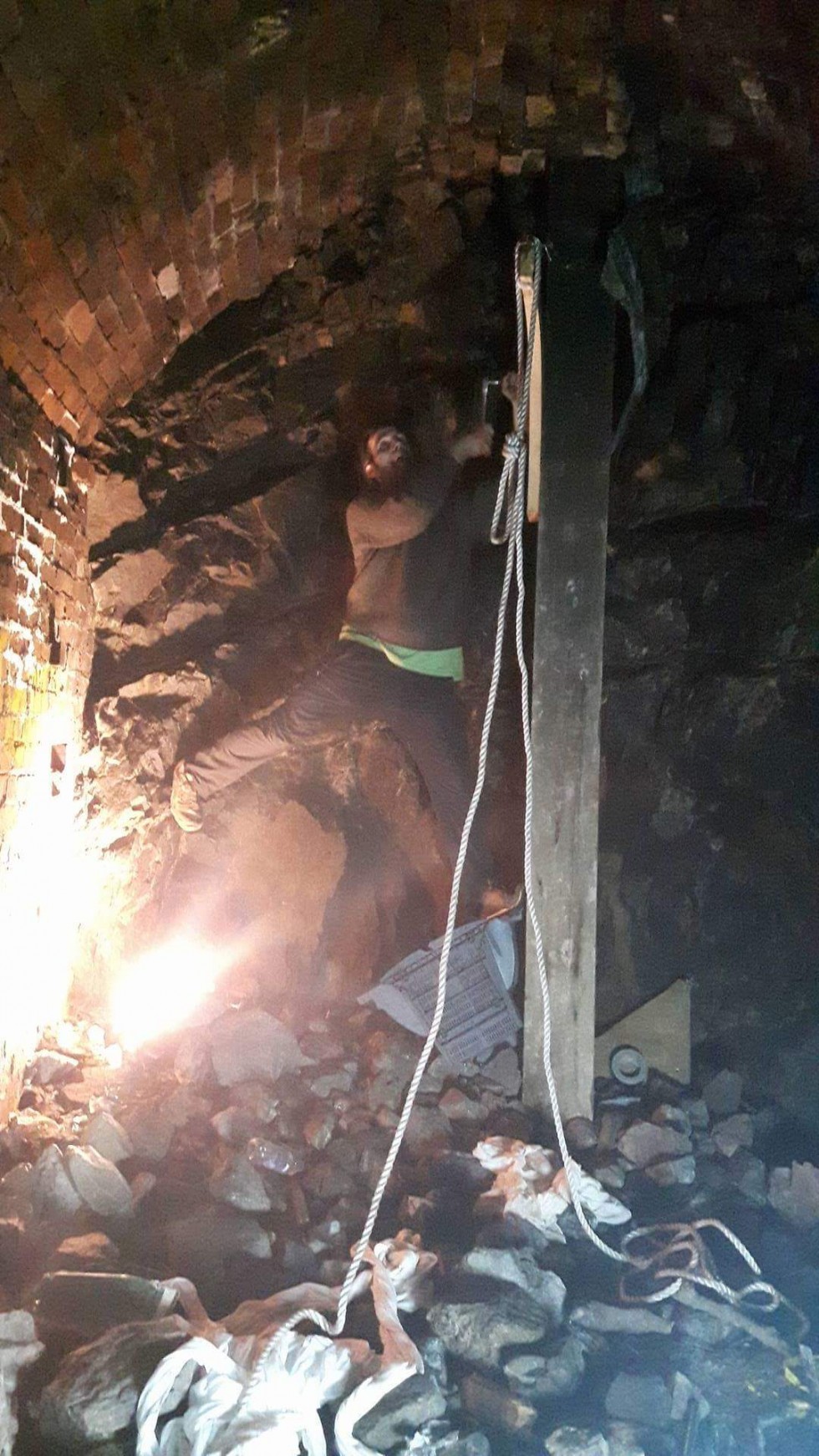 Ed Davis setting up the rigging.

Was this your first time doing a 180 production? Any surprises?

I’ve made a few short 180 test films before – mainly proof of concepts / pitchs.. THE DOOR started out as just a test, after wracking my brains for hours pondering VR possibilities… playing with pacing / letting things unfold without seeming contrived / viewer’s gaze / lighting cues / tension / music & ambience / objectivity vs subjectivity… watching stereo 180 is the closest thing to being in a dream – there’s so much scope – so much still to learn – and test out… Was great when I discovered gearVR is easier to use and actually better than the DK2, and more portable – look forward to all the next next generation headsets

How do you direct the actors?

I talk about an idea / being as descriptive and free form as possible – trying to infect the actor with my impressions – not always knowing where an idea will lead – then once the lights etc are set up – We’ll walk thru the scene and talk about timings, motivations, where and when to look and move… answer questions… maybe we’ll shoot a test and call it a day while I go away to process the shot for a show & tell the next day… or we’ll shoot for real – I like to work fast while the adrenaline is fresh – and before we run out of time – depending on everyone’s other commitments…  best in short intense bursts / playful / no pressure or angst – then time apart to relfect, ponder results – keep chipping away – and if we get the luxury of more time – then dive deeper and rehearse more thoroughly – and maybe shoot several times till we’re sure we got it. 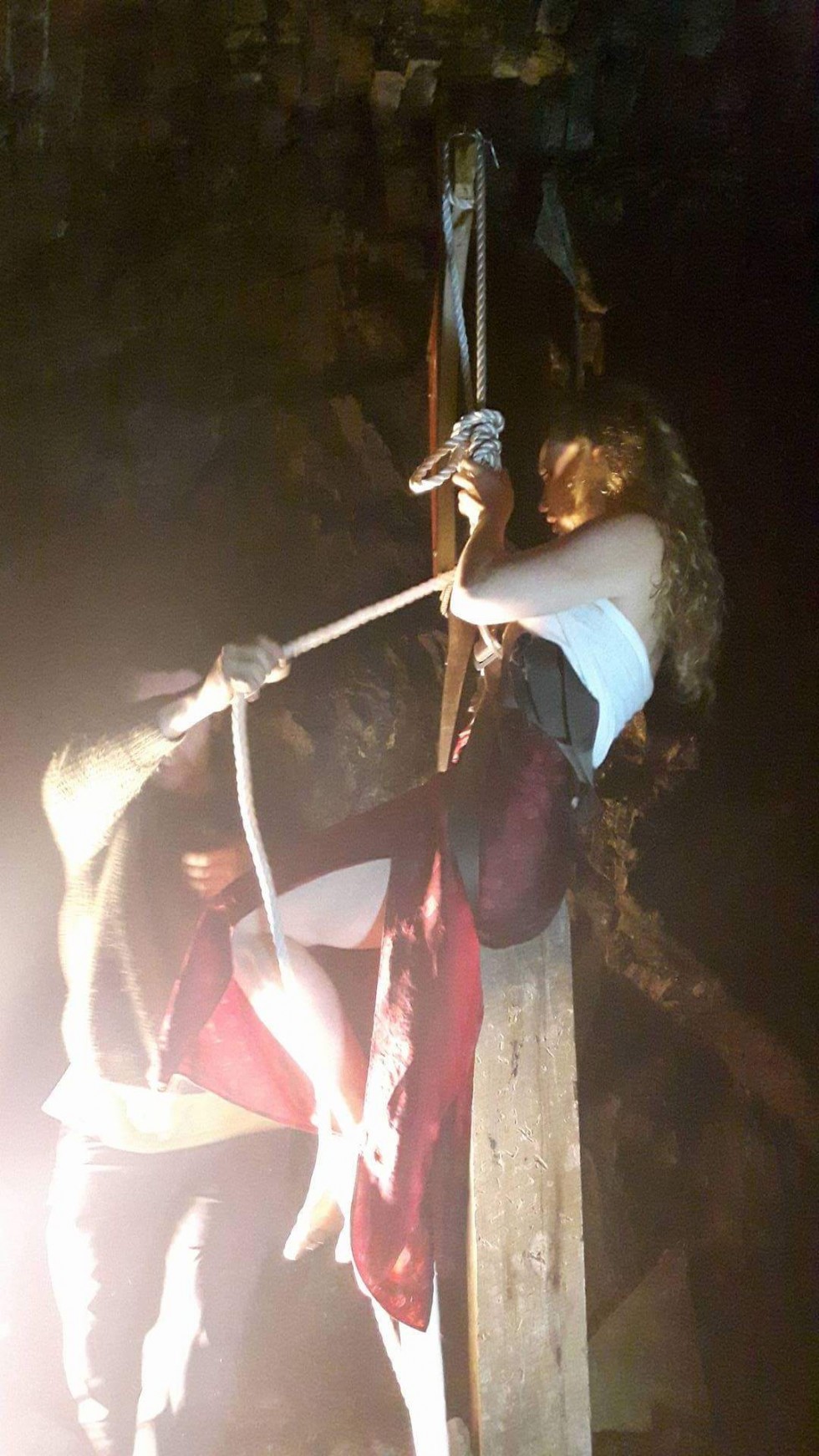 What cameras did you use?

Can you give a breakdown of the workflow?

(Prior to K1-pro) I’d import  the L&R files into After-effects – into a template I’ve set up – and add tweaks to fix misalignment – I use Mettle’s SKYBOX converter to de-warp, rotate, pan, tilt the footage slightly to minimise any vertical disparity.. also apply a little bezier warp to the outer periphery of each image to help with lens distortion of near objects – works pretty well

Scripting, storyboarding… (was there any?)

no script, no storyboards – ideas were developed while shooting tests in the location and while viewing the results in VR – we owe a lot to the location being so creepy and atmospheric

What kind of computer hardware?

Thanks for this! Can’t wait to see what’s next 🙂 – Mettle 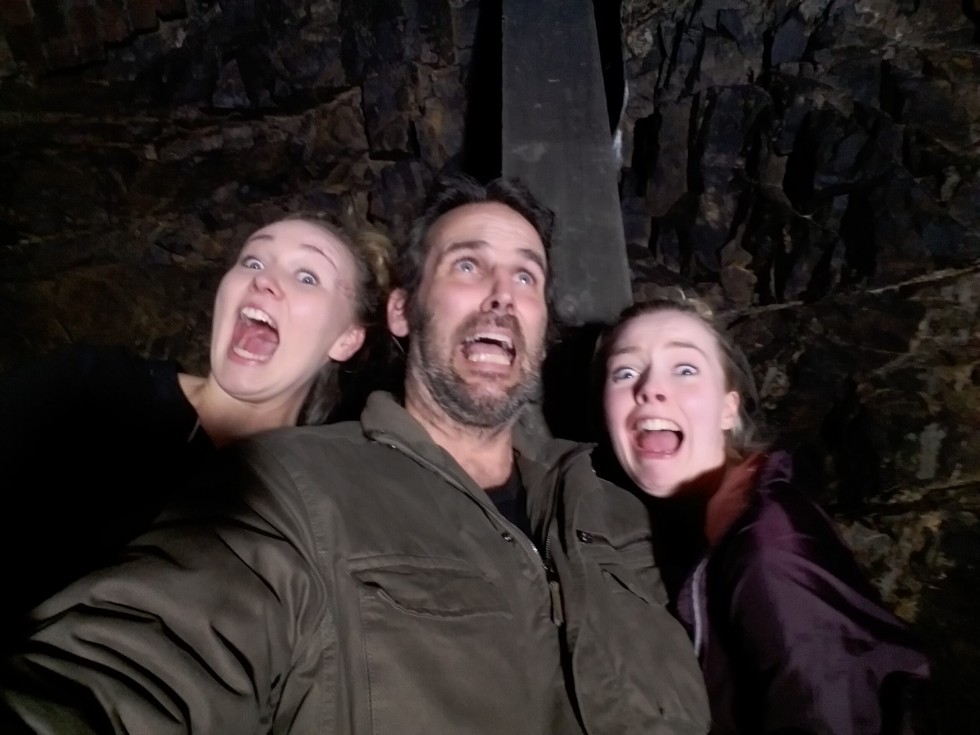