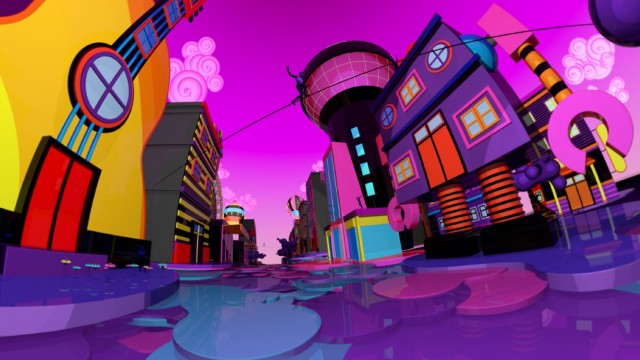 THE SPECTACLE OF VEGAS by Adhemas Batista | Vegas: Alter Your Reality

Adhemas Batista is an influential Brazilian artist with a vibrant pop-culture style that can be seen in work for companies like Coke, Burger King and Puma. He’s one of five artists invited to create their own 360 art experience as part of an innovative ad campaign for the Las Vegas Convention and Visitors Authority (LVCVA), called “Vegas: Alter Your Reality”. Batista envisioned Vegas as a giant show, a wild fantasy filled with imaginative character and colorful environments. The campaign is the brainchild of R&R Partners, who are responsible for the famous “What happens in Vegas, stays in Vegas” campaigns.

So how does a 2D artist comfortable in Adobe PhotoShop and Illustrator bring his concept into 360? Andy Cochrane and John Fragomeni, 360/VR veterans with many heavyweight productions under their belts, led a team at Sunset West Media who were instrumental in the success. They worked together with the artists, from concept, through storyboards and final production. Mettle Mantra VR was used for stylization and effects. The original SkyBox Suite for Adobe After Effects and Premiere Pro, now part of Adobe CC 2018, were used in the post-production. The production pipeline also included Unity and C4D.

We take a look at how the project came to life, through a Q&A with Andy and John.

THE SPECTACLE OF VEGAS by Adhemas Batista | Vegas: Alter Your Reality

Had Adhemas been to Vegas before this project?

Andy: Adhemas is originally from Brazil, and his experience of Las Vegas before this project had been limited to quick trips for soccer tournaments for his kids. After we gave him a detailed introduction to VR, he was able to take in the sights and sounds of the Strip, had a great meal, and went to a show. The result was his vision of Vegas as a giant playground-meets-spectacle, where you can do whatever you want to do and your adventure is uniquely tailored to your desires.

How did that come through in his film?

Andy: Adhemas envisioned the city of Las Vegas as a giant show, one where the viewer is the star. His film is a wild fantasy filled with imaginative characters and colorful environments – a playground for the senses in the spirit of Cirque du Soleil that honors the showbiz tradition of Vegas.

Run Free in a Vegas Created by Artist Adhemas Batista

John: Adhemas has an extremely developed personal aesthetic, which made him a perfect collaborator – he had a strong vision from day one and his style was a consistent target for us to replicate in 360º. Of all the artists, his piece contained the most variety (and complexity) of elements for us to create and animate, and he was an endless fountain of new fantastic ways to push the visuals ever further right up to the very end of production 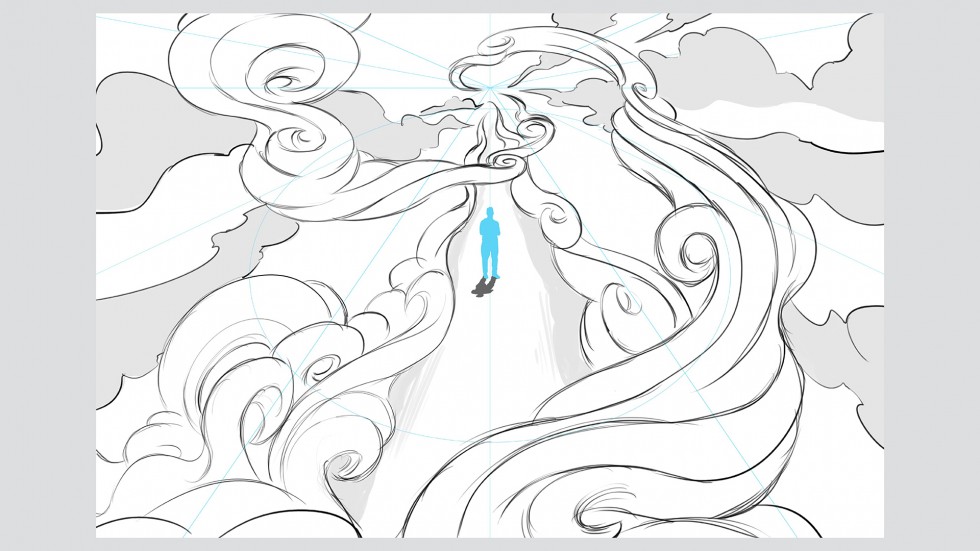 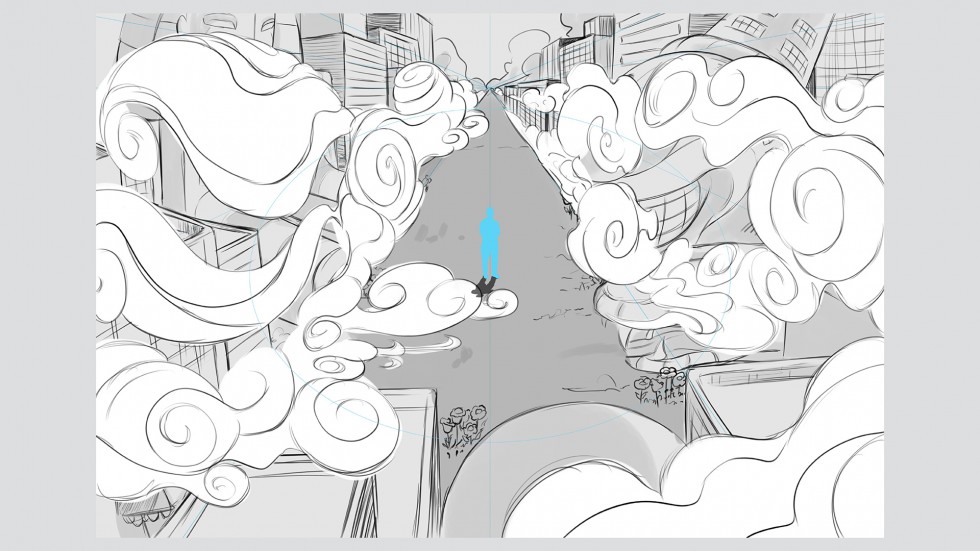 What was his strength in embracing a new medium?

John: While Adhemas’ normal medium is 2D illustration, he was incredibly excited to dive into 360º animation with us. He was exceptional at viewing our CG from the perspective of what his 2D artwork should look like in 3D, and worked diligently with us to refine the lighting and rendering in his piece to assure that it did not lose his personal style during the translation from flat illustration to dimensional 360º stereo CG.

Assets were created in Illustrator. 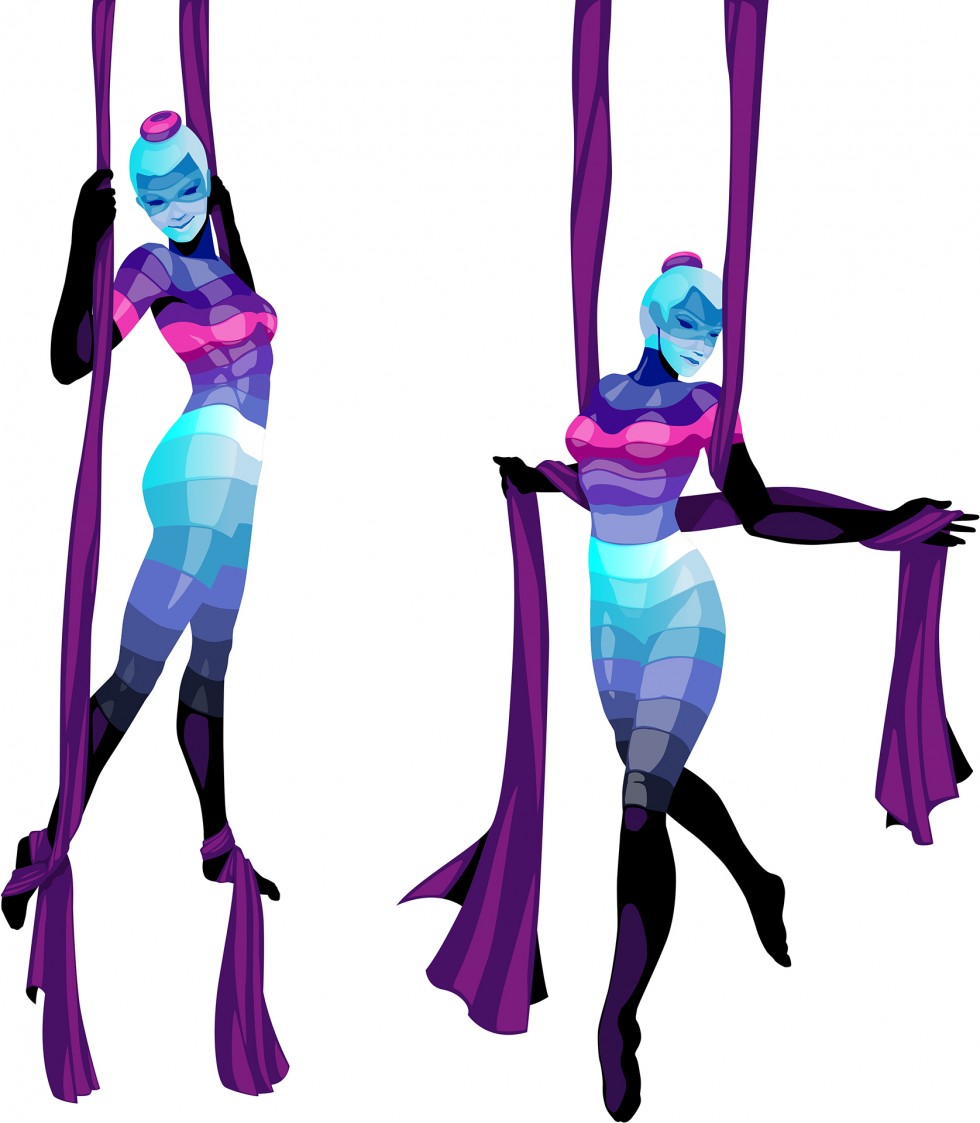 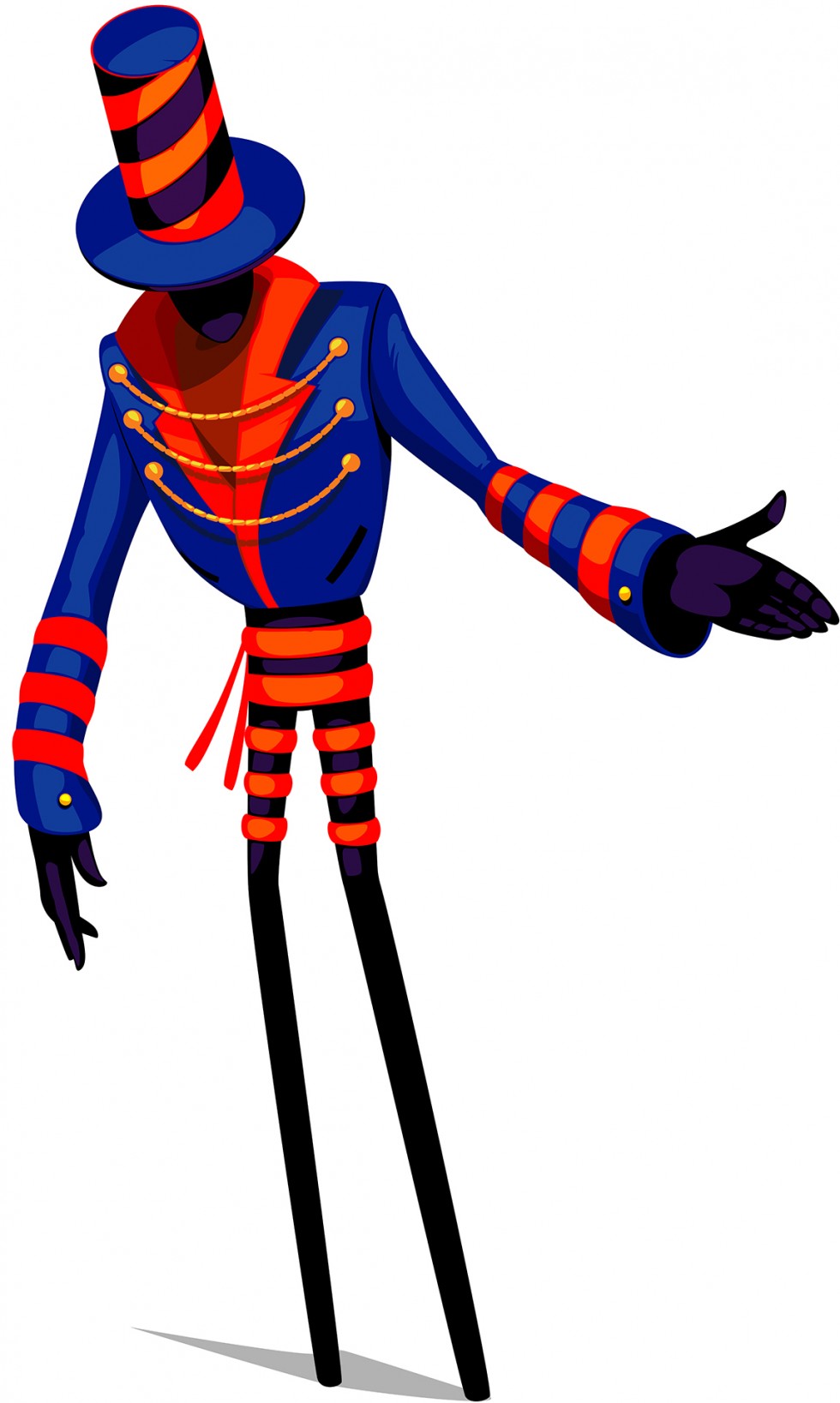 What steps in production did you go through?

Andy: Batista’s film started with a series of storyboards based on the narrative that we developed together. We did a first pass blocking out the basic action, and he took our boards and redid them in his style to begin to define what elements were going to be needed in each section. Once the storyboards were locked, we were able to generate a list of every character and environment that would be required, divided into elements that we would model based on his styleframes and items that he could create in Adobe Illustrator and then dimensionalized by us into 3D.

Once we began modeling, layout, rigging, and animation we worked directly with Adhemas to refine the look of his film. It needed to be 3D in order to work in 360º, but it also had to feel like his artwork, which is 2D with faked 3D highlights. We ended up using various lighting approaches for each element in order to hit the desired look while still being able to leverage tools like rendertime instancing where they were needed. We composited Batista’s film entirely in After Effects using the Skybox suite of plugins and the new Mantra VR toolset to generate elements. We used the Color Gradients effect to generate mattes for color corrections so that we could manipulate the lighting without creating seams, including a heavy vignette near the end that darkened the scene naturally without feeling like a 2D mask. We used Mantra VR’s Turbulence to create the skies for several environments, and we used layers of Turbulence to create a transition that looks like illustrated 2D smoke. We rendered several different black and white spherical wipe mattes using the Mettle Iris Wipe from Premiere, and applied these to numerous scenes throughout the film to hide or reveal elements without creating seams. 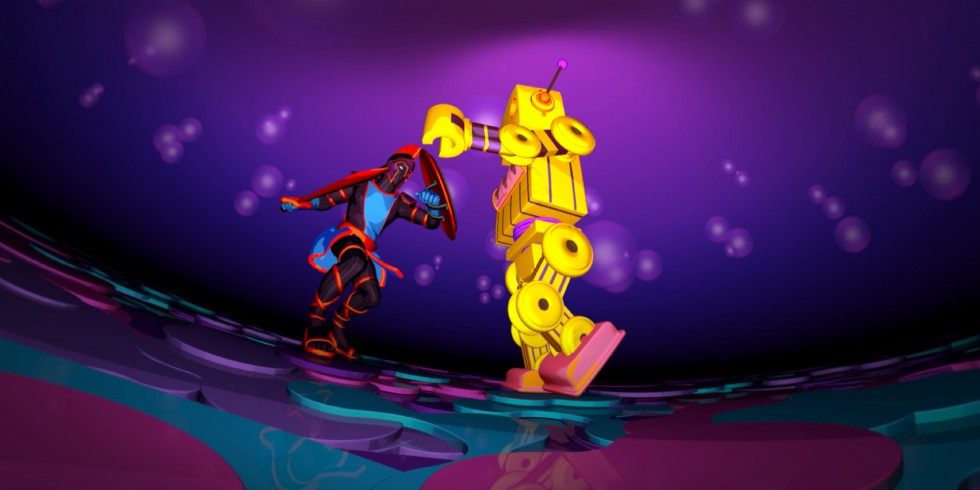 How did you animate the 2D smoke?

Andy: The 2D smoke seen in the portal near the end of Batista’s film had by far the most convoluted pipeline of any piece of these five films. We started in Unity using the Cucuy 2D smoke asset to get the desired look, then ran a custom script to slow down time during playback in Unity so that we could do a series of 4k screenshots. The resulting image sequences were run through After Effects to create a more posterized look with less of a fade to the alpha. We then used the resulting image sequences as textures in Cinema 4D, applying color in our shaders based on the grayscale values of the smoke elements. The end result is almost exactly what Batista created as a styleframe in Illustrator, but with a natural smokey movement that would have been impossible to hand animate. 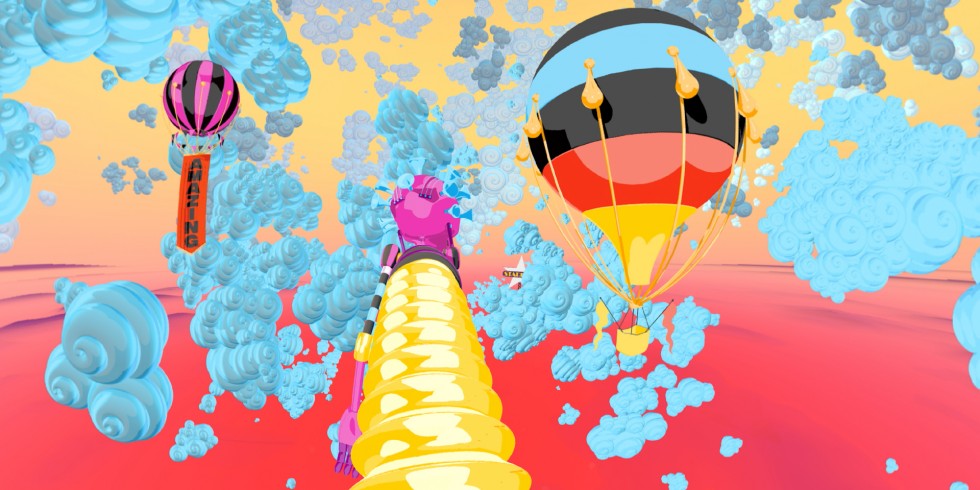 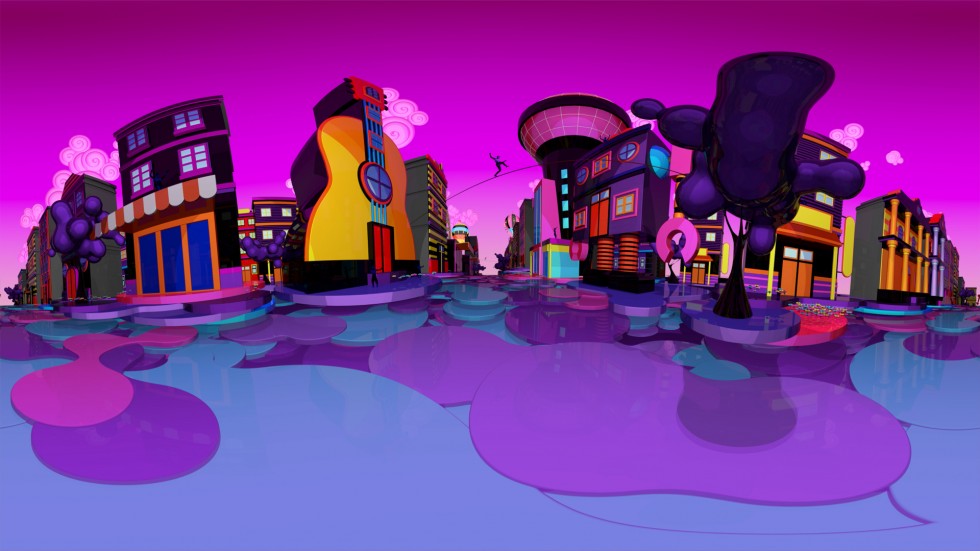 Did anything surprise you about this project?

John: More than any other 360º project that we have worked on (including the other 4 films in this series) this piece really drove home the need for proper in-headset reviews. When you are dealing with environments that are somewhat geometric or more on the realistic end of the spectrum, it is possible to look at a warped equirectangular image and make limited big picture decisions; your mind is able to de-warp the image somewhat and you can tell if things are working in general. But when everything in the scene is stylized and exaggerated you just cannot view it outside a headset. This certainly made progress a little slower, as everything had to be previewed in headset, which often required rendering and checking versus being able to make some decisions looking at the monitor.

Awesome project! Thanks for the Q&A. – Mettle

Some of Batista’s commercial illustrations: 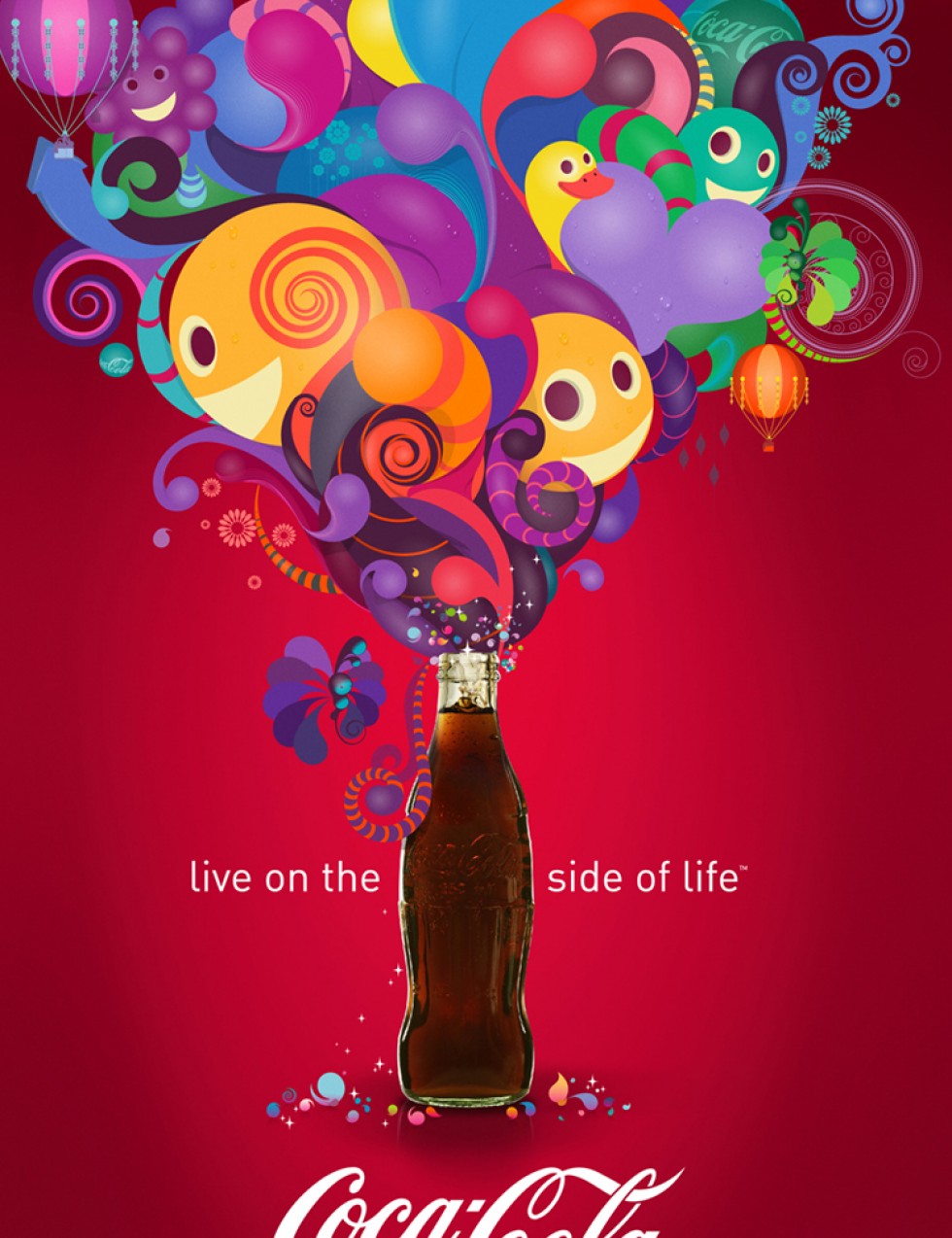 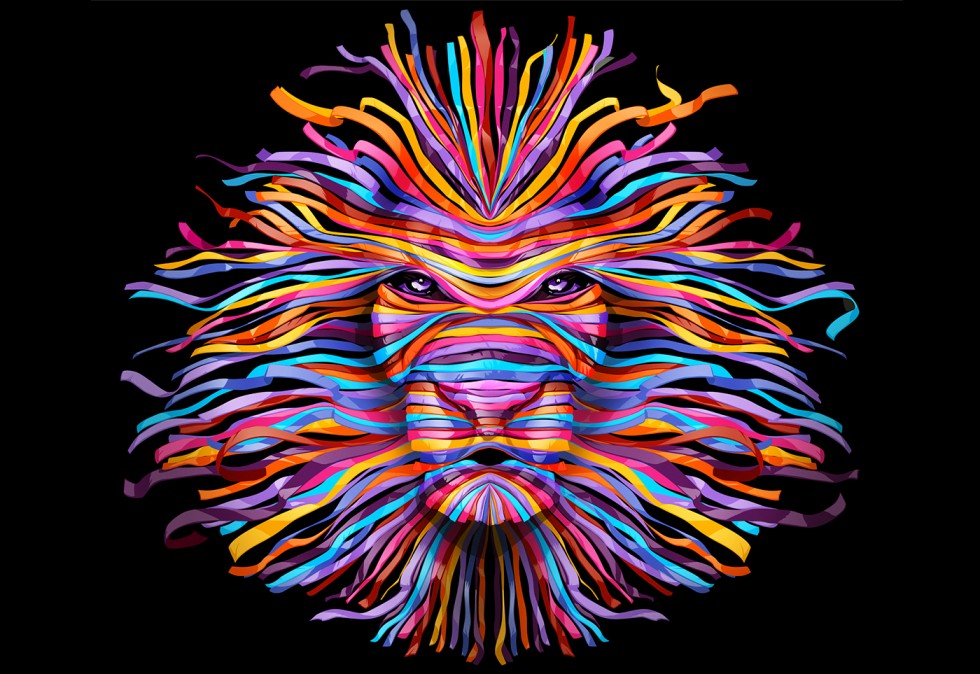 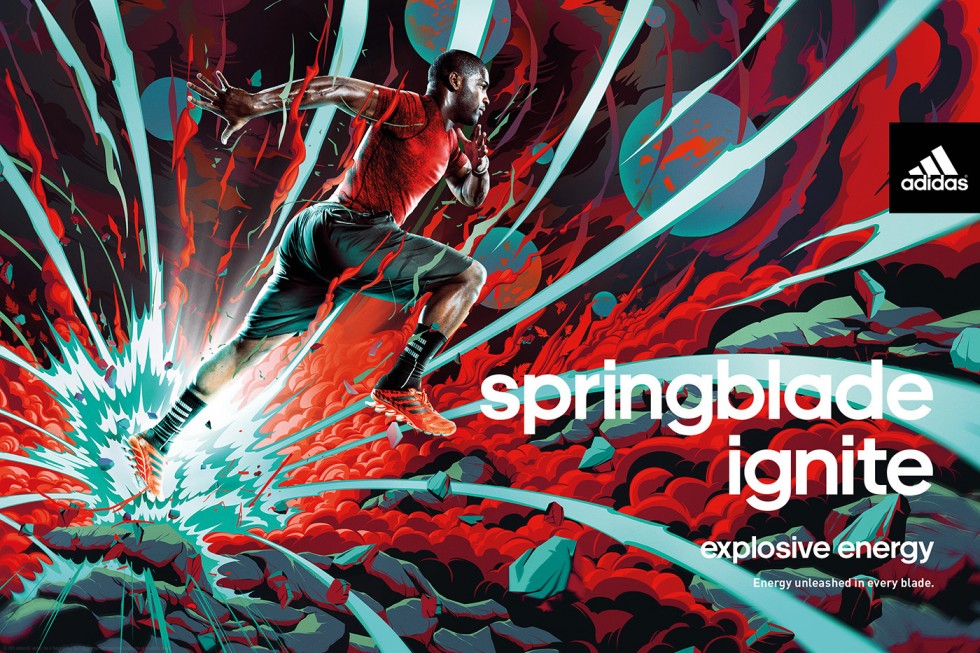 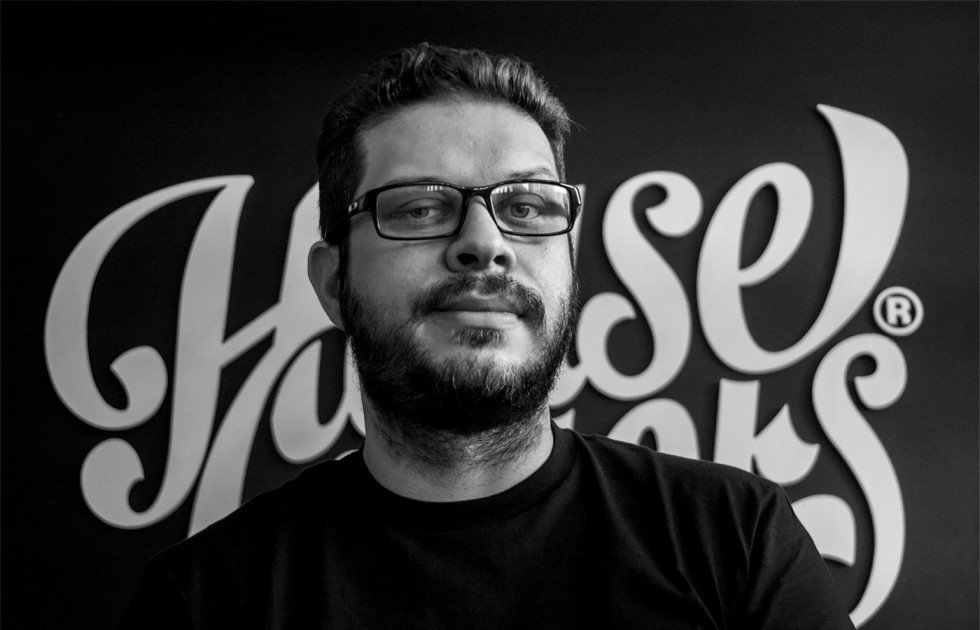 Adhemas Batista, Designer Director and Illustrator living in sunny Los Angeles. He explores vibrant and colorful concepts, with inspirations of urban art and pop culture. His work is widely recognizable for its vibrancy and colors. On every piece, he aims to create living art that will shine through the thickest corporate quagmire.