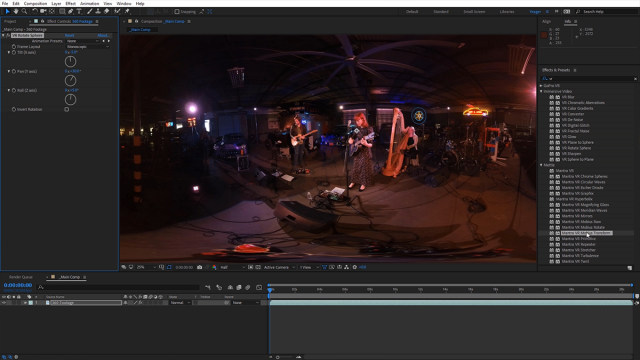 Adding a Dolly in Post is a powerful storytelling technique for filmmakers, helping to draw the viewer’s attention and to create movement on a static shot. Now, thanks to the Mettle Mantra VR, this powerful effect can be easily incorporated inside 360° productions.

In this second Virtual Dolly Tutorial, Charles Yeager shows us how to make a Virtual Dolly-in, this time not in an open area outdoors, but in a narrower setting. This specific tutorial shows how you can use the Mantra VR Mobius Transform  Effect to make a Dolly-in, slowly zooming-in towards a singer performing on stage. Also shown in the video is a 360° Jib shot that is made using the same Mobius Transform Effect. Watch the first tutorial here.

Mantra VR is a 360/VR plugin for Adobe After Effects and Premiere Pro. It is a set of 16 Stylization and practical effects that you can apply directly onto your 360° footage. 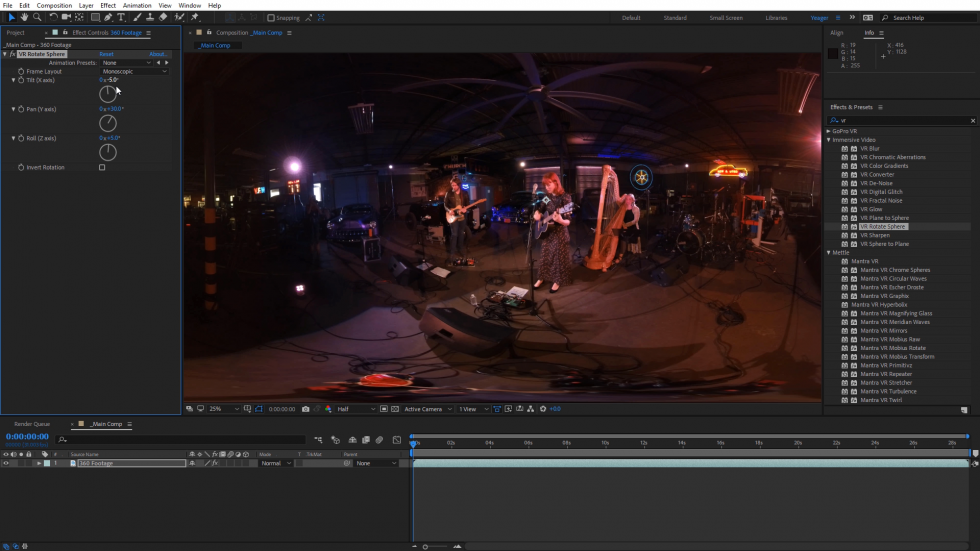 Center the 360° footage on the subject 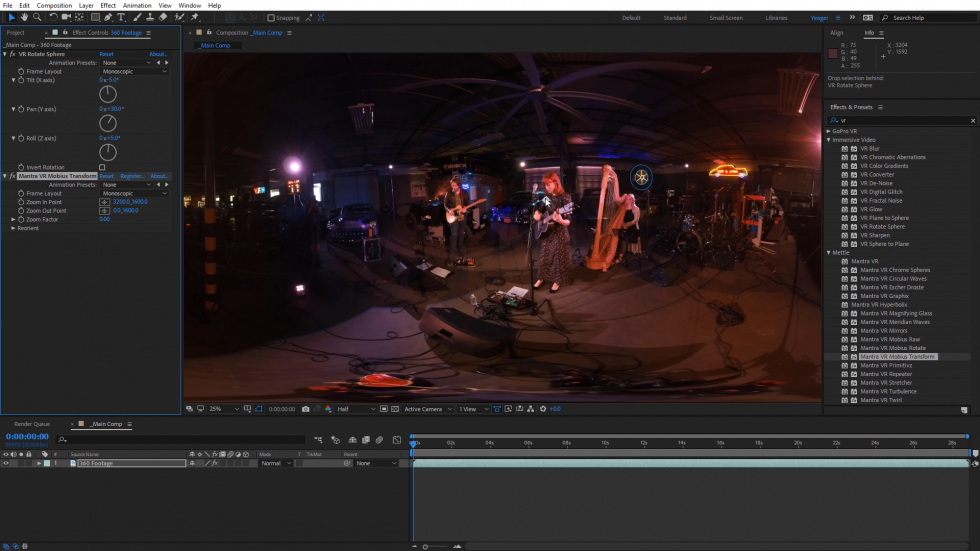 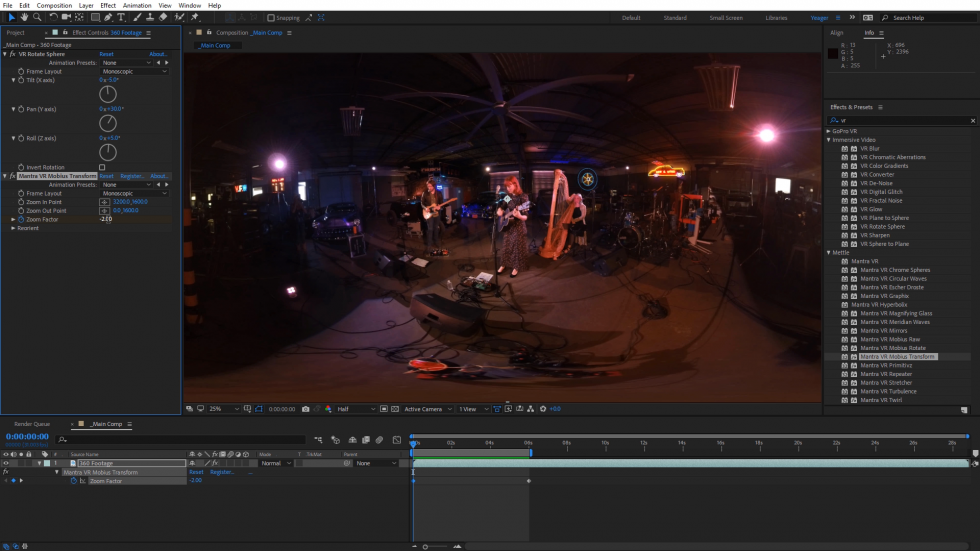 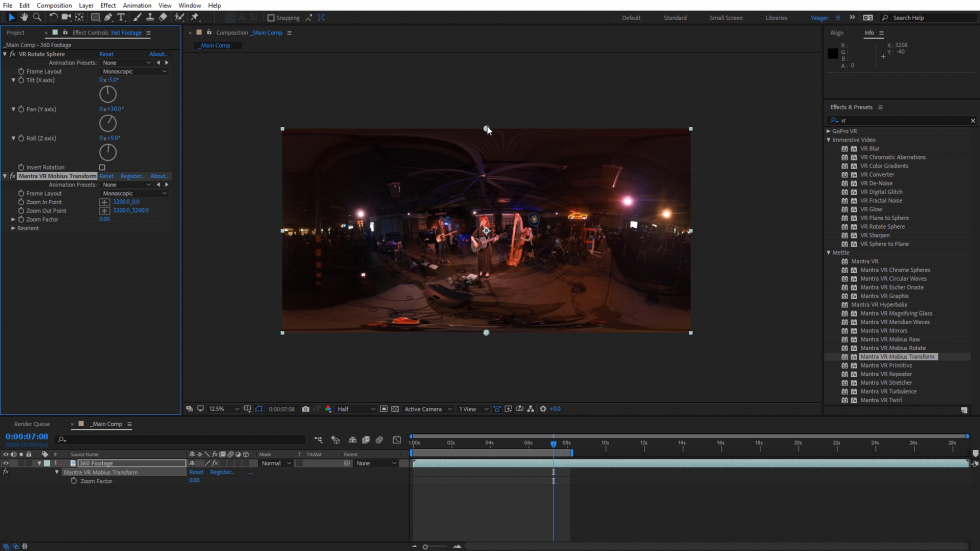 To make a Jib Shot, align the points at the top and bottom