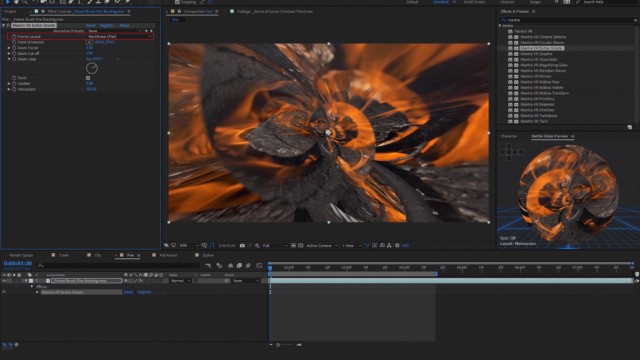 Exciting news – Mantra VR has a free update, with some great new features and enhancements. It’s all about more tools for content creators. We now offer enhanced audioreactivity features, with a new algorithm and signal fall-off features. This gives more control when linking effects to audio.  Customers have also been using Mantra VR effects in 2D as well as as 360° post-production, and we have listened to the many requests to integrate 2D support.

The Mantra VR Effects, though designed for 360/VR video are now flat-compatible in version 1.20. Each effect now has a third option in the “Frame Layout” drop down menu, called “Rectilinear (Flat)”.

The original version of Mantra VR effects could be applied to flat footage, but caused equirectangular distortions. Selecting the “Rectilinear (Flat)” option eliminates those distortions when the effects are applied on flat footage. 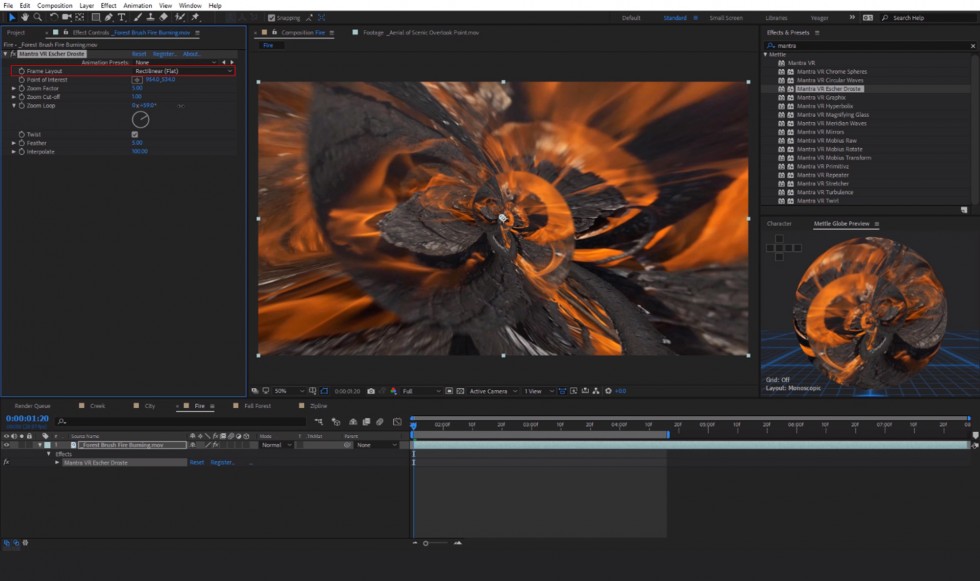 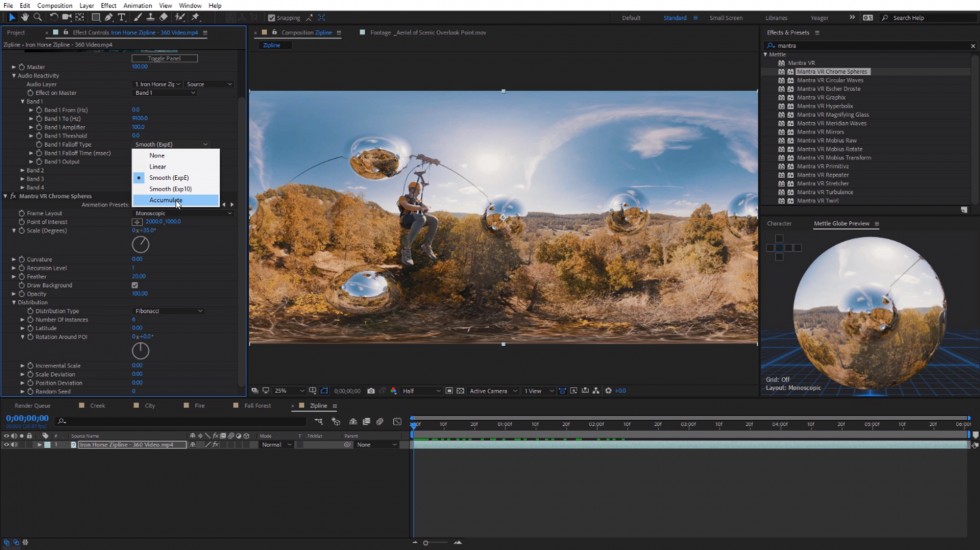 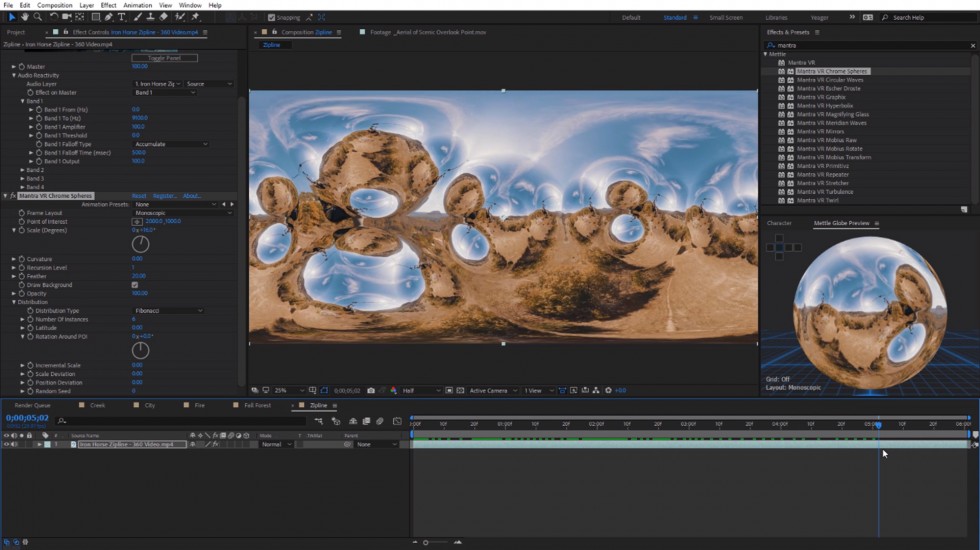 We have integrated “Environment Light” and “Material” parameters into the Graphix Effect. It allows much more organic integration of 2D logos and footage, for quick compositing. The Distribution features lets you quickly add and animate multiple instances. 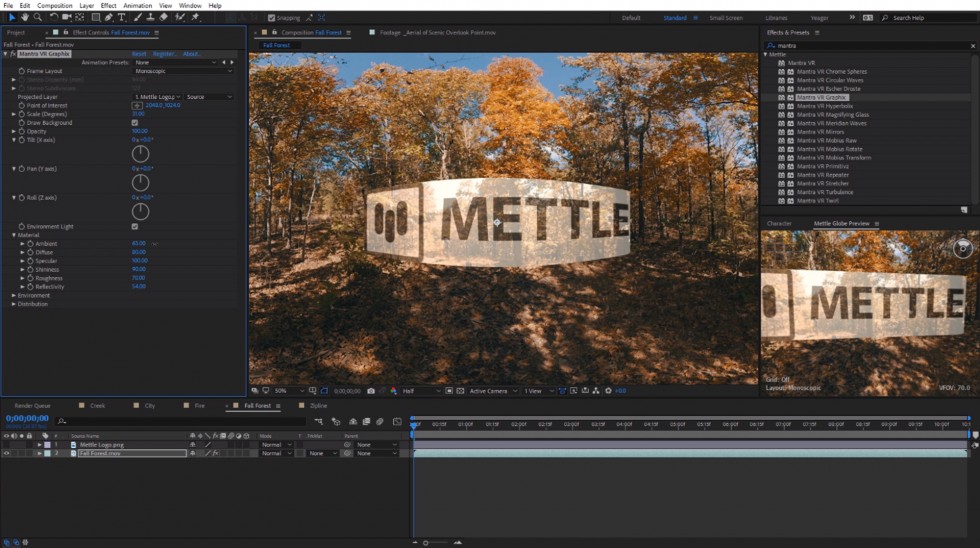 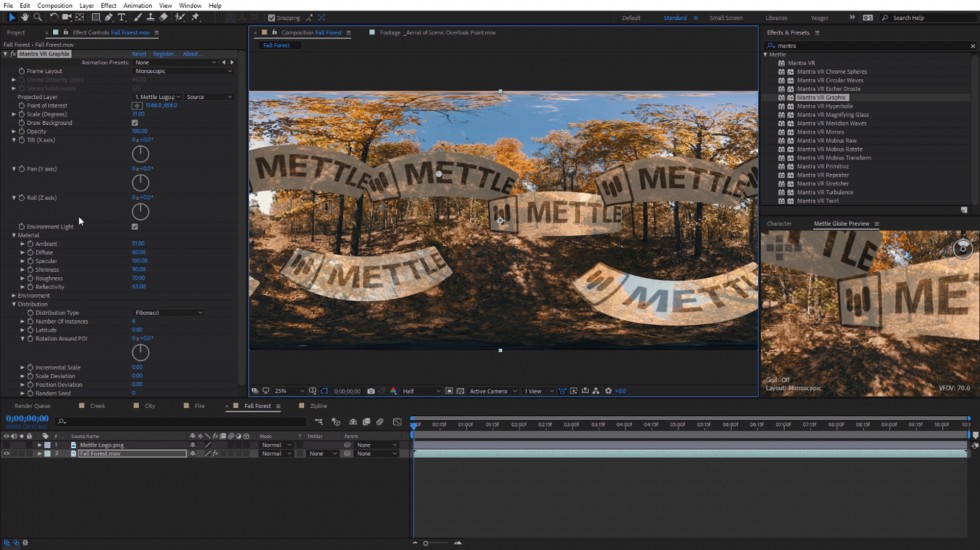 Traditional blending options give you more control over the look of your effects. 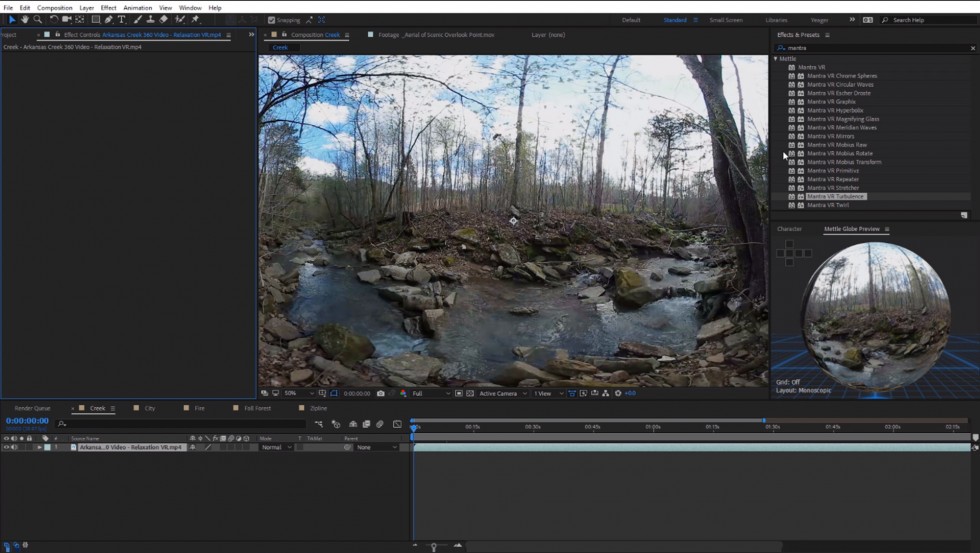 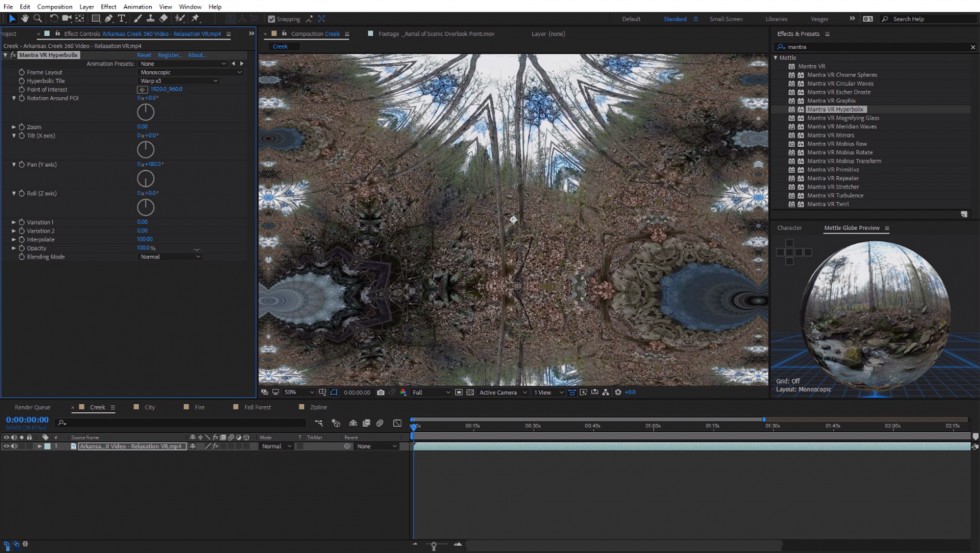 During the very first application of an Effect from Mantra VR, we now precompile and save our kernels for future reuse which makes all subsequent effect applications almost instant.

Mantra VR is a comprehensive set of stylization filters for 360/VR, and now natively for 2D production as well, for After Effects and Premiere Pro. Optimized for the GPU, it’s especially fast in Premiere Pro, which is also optimized for GPU, where it works in Real Time on professional grade systems. Download a free demo and try it out!