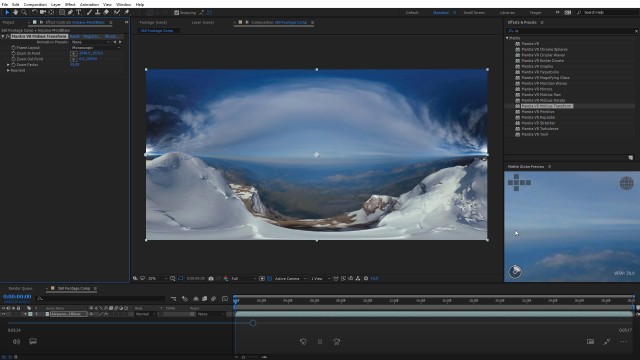 The Mantra VR “Virtual Dolly” lets you add a Zoom in Post from a static 360° camera shot, in After Effects or Premiere Pro. This introduces a new technique to help drive narrative in 360/VR. In 2D Post-production you can add a Zoom, using the scale method. But you crop a lot of your image out of frame as you scale up your footage. You can’t crop 360° footage, since you are working with a sphere. That’s where Mantra VR comes in and does it’s magic. Charles Yeager (Yeager Film) walks us through the effect, using “Mobius Transform“, one of 16 filters available as part of Mantra VR.

Mantra VR helps you take your 360° production to the next level. It’s a set of 16 practical and stylization effects for 360/VR post-production, available for Adobe Premiere Pro and After Effects. 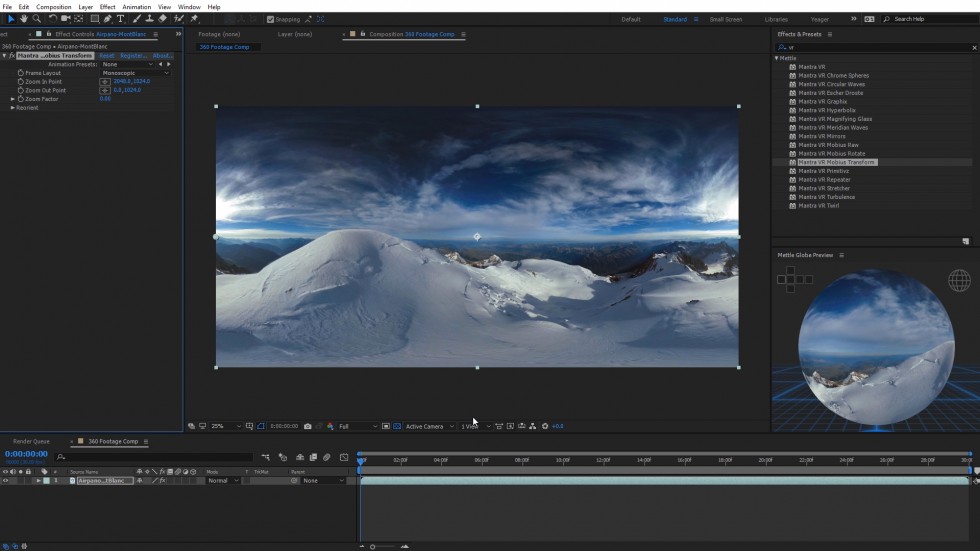 Drag the Mobius Transform effect in your Composition. 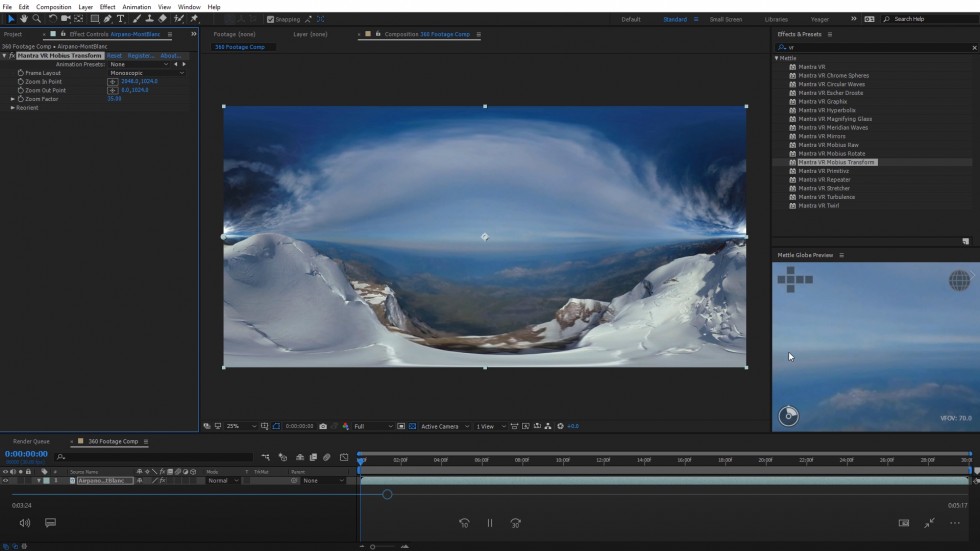 Adjust the Zoom level and set keyframes to get the desired Dolly effect. 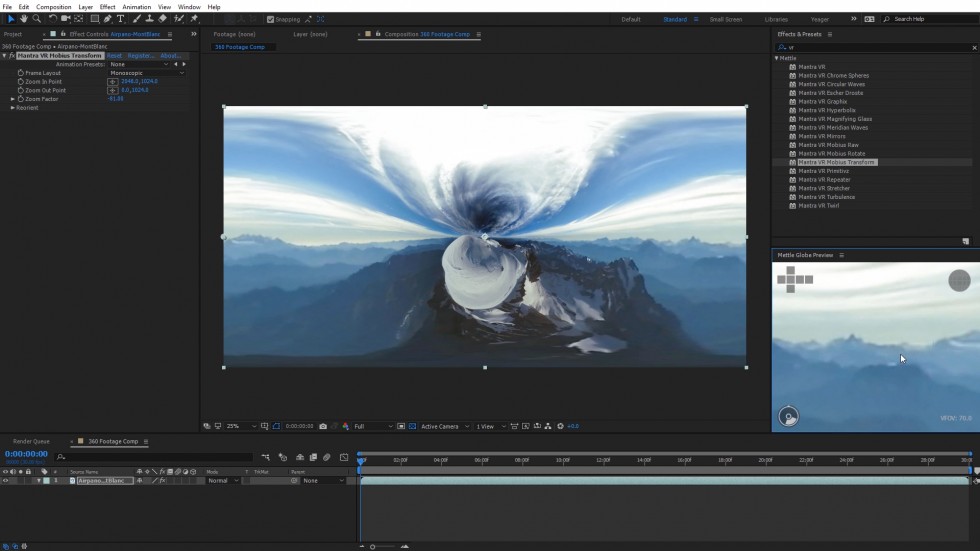 Low zoom values create a more subtle effect while high values are more pronounced and may disrupt the illusion. 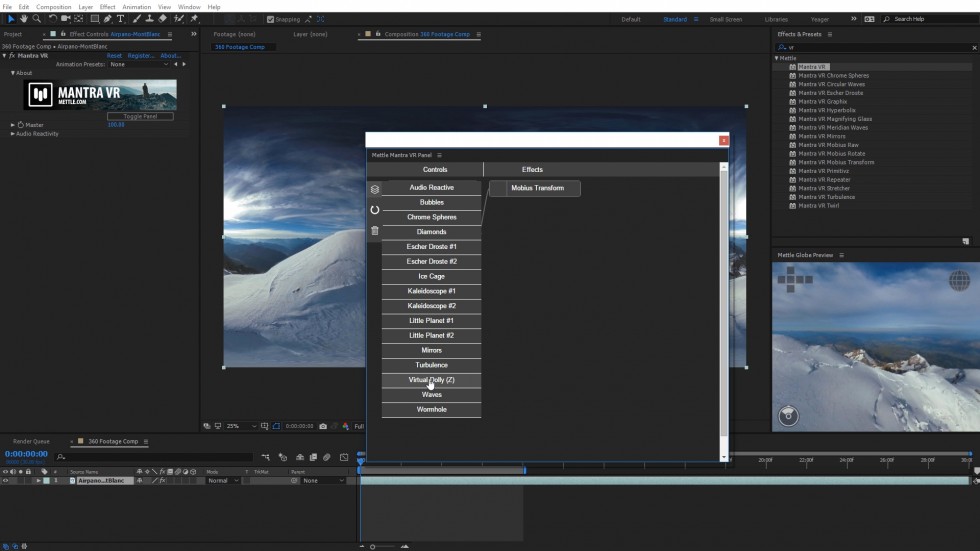 Alternatively, A Dolly-in/out Preset is available in the Mantra VR Panel. 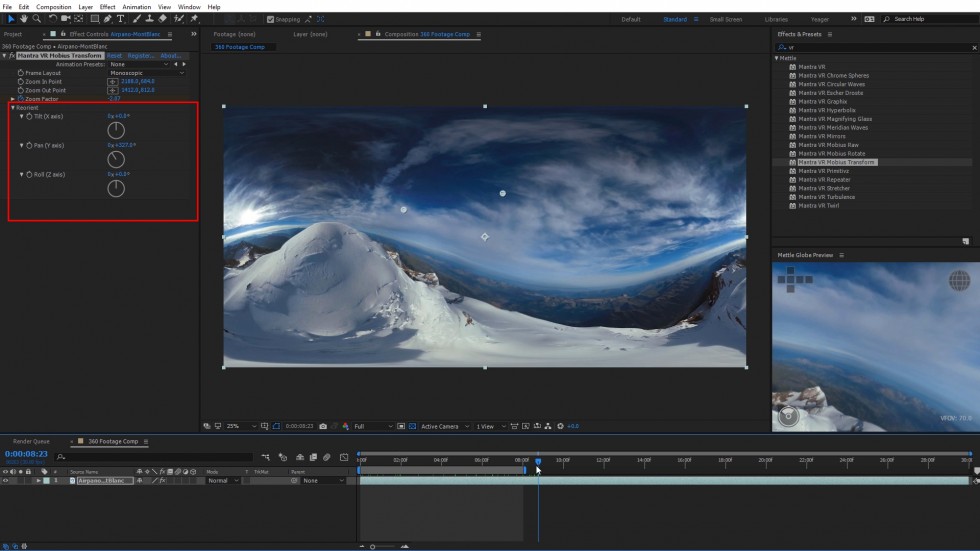 You can adjust your In and Out points and X-Y-Z axis for different effects using Mobius Transform. 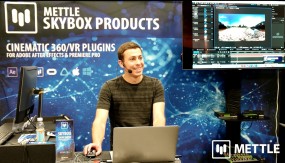