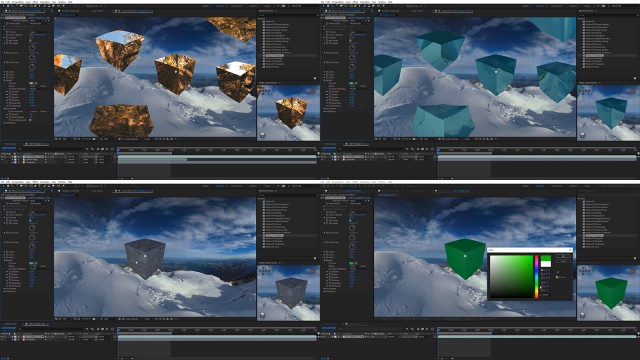 The Primitivz Effect is yet another powerful stylization effect from Mantra VR. Primitivz lets you transform your 360 footage into primitives (cubes, spheres, tetrahedrons etc.) in After Effects and Premiere Pro. As Charles Yeager demonstrates in his tutorial, there are many creative possibilities, such as modifying the shape, texture or reflection level of the objects inside your composition. Also showcased in the tutorial is an example of the Primitvz Effect with stereoscopic footage.

Mantra VR is a set of 16 stylization and practical effects for 360 post-production, that supports Mono and Stereoscopic formats, Mac and WIN. Developed by the creators of SkyBox, it is made to complement and extend 360/VR post-production workflow in Adobe After Effects and Premiere Pro. Download a free demo and try it now. 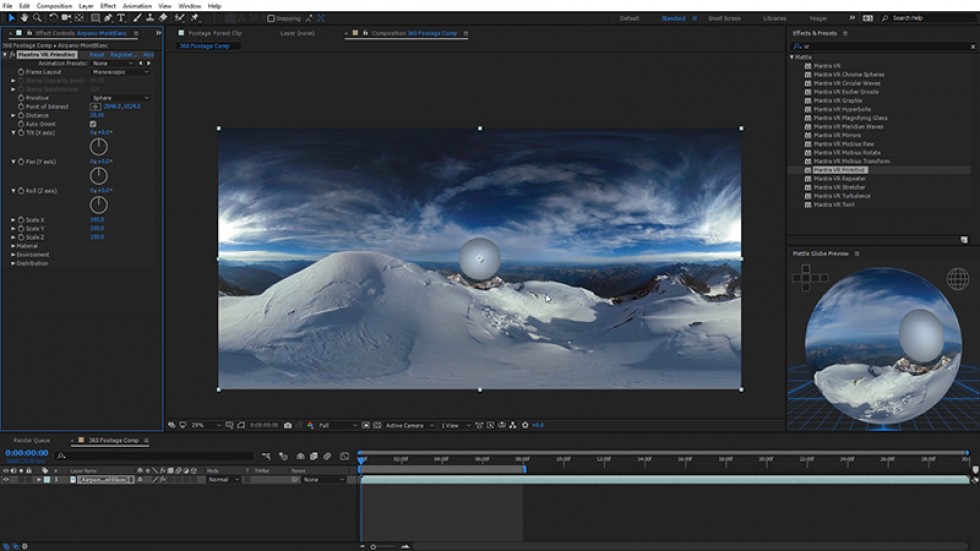 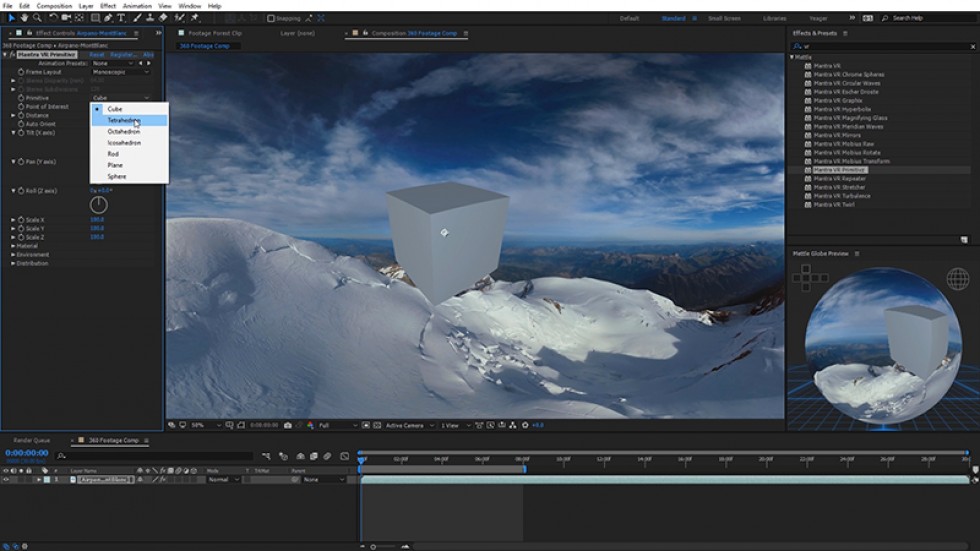 Change the shape of your object under the Primitive Parameter. 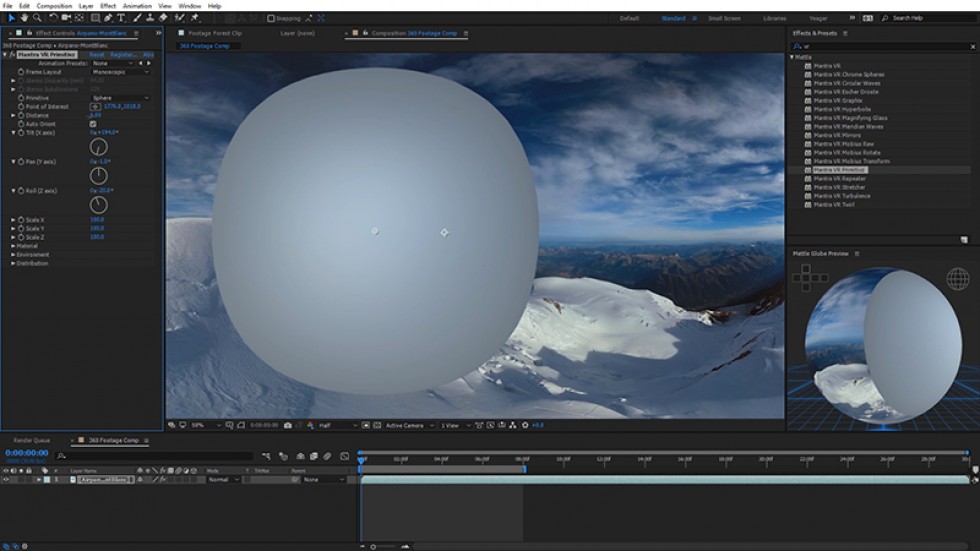 Adjust the size of your object with the Distance parameter. 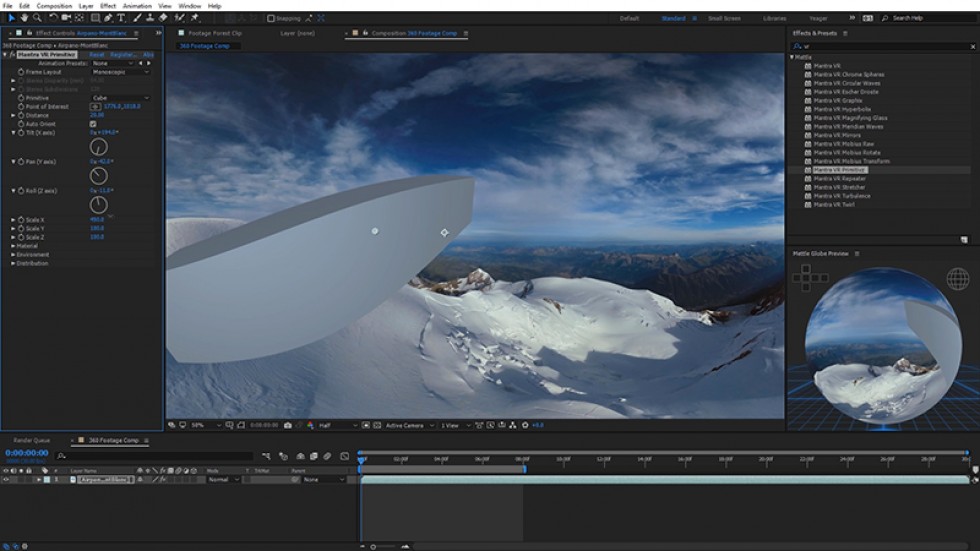 Options to scale the Height, Width and Length of your objects are available.

You can change the color, texture and reflectivity of your objects. You can even have them display another composition. 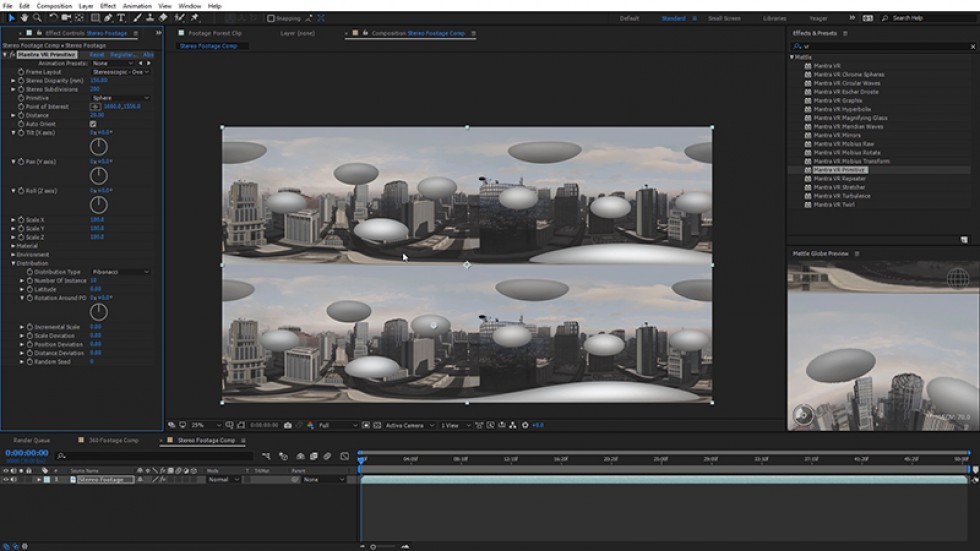 With Stereoscopic footage, you can adjust the disparity of your object.