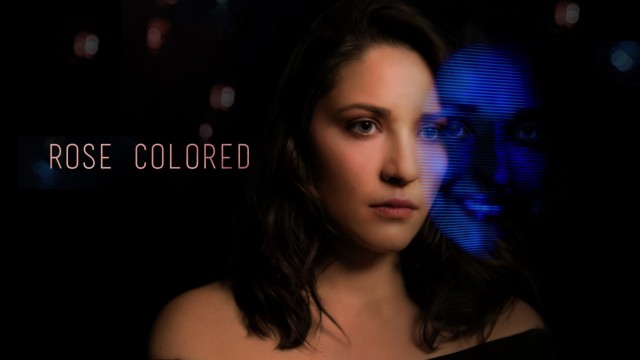 Rose Colored is a haunting VR short film that was scripted specifically for the 360 medium. It successfully engages the viewer in a futuristic story where the world is auto-corrected through technology. Writer/director Adam Cosco uses cuts, POV shots, tracks, pans, and dolly shots to tell the story. Find out Adam’s thought’s on the future of 360 filmmaking, how he likes to work on set, and the upcoming technologies, like 6DoF, that will help shape the medium.

Victoria’s personal A.I., Klive, is only doing what his programming considers will benefit his user. It’s his job to make sure she’s happy, no matter what. Deep down, Victoria knows something is amiss. Everything about her perfect boyfriend, to her perfect face, everything is just a bit too….PERFECT. When she begins to pull on the stray thread of doubt hanging from the hem of her life, her existence starts to unravel as well.

How did you come up with the idea for the story?

I’ve always been fascinated by the concept of the Facebook feed as a metaphor for how we subjectively see the world. What especially interested me was the idea of hiding information that we don’t like. As AR becomes a reality, I wanted to apply this catered facebook feed to the world as we perceive it.

I may be in the minority here, but it serves no one to live in a permanent state of bliss. You can’t appreciate the good without the bad, you know? So I guess I wanted to throw a tiny stone against the shop window that is an auto-corrected future. 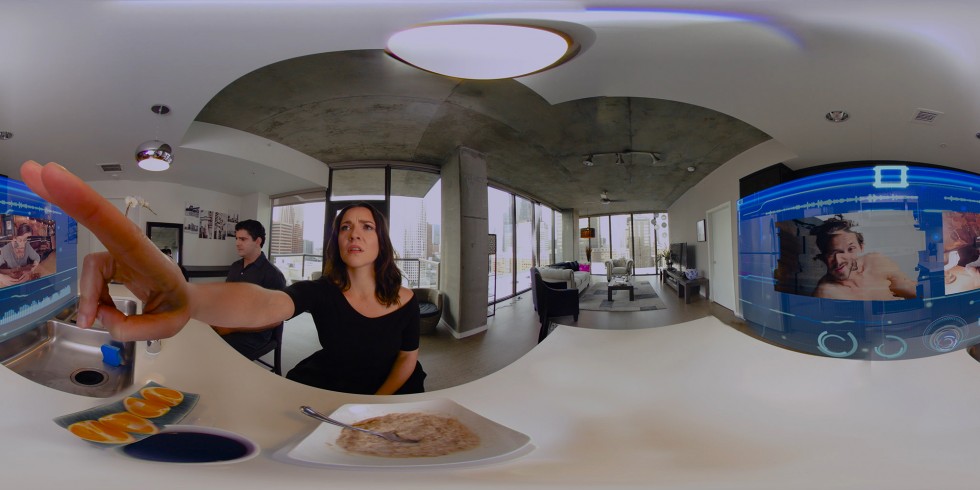 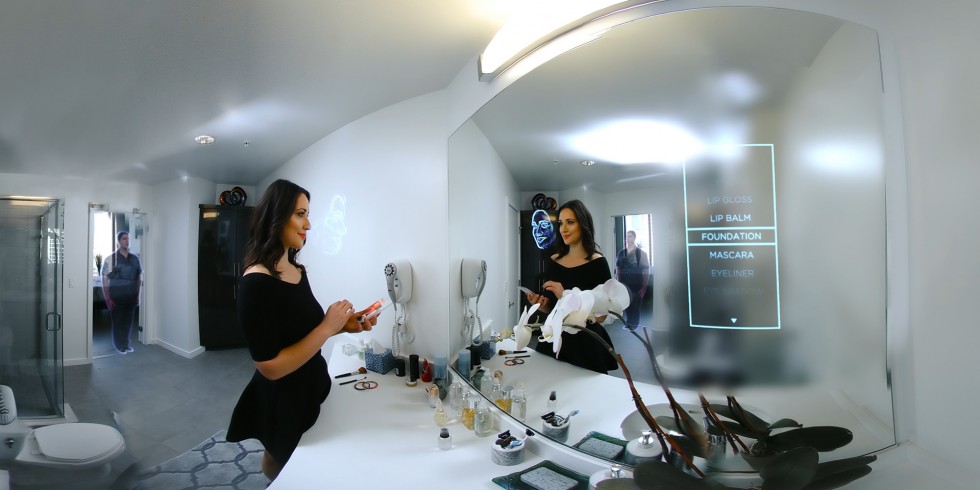 Shooting 360 presents many technical challenges. How do you deal with that?

First of all, I like to do plate shots. I think actors should always be able to see the director, so I like to stay in a safe area that can be cropped out. I believe that it’s important to connect the Actor’s experience to a human being. The idea of running away from the set because it’s 360 never made sense to me. A plate shot is as simple as doing a split screen, and they’ve been doing that since 1916 apparently… I just Googled it.

I don’t do it exclusively for directorial purposes, Maximilian Schmige, my go-to cinematographer, and I, both believe in lighting, and even though this is a 360 video, we use a combination of practical lights and film lights. Doing plate shots allows us to hide the lamps, not to mention the sound people, I’d hate to have to rely on only lav mics, you know?

From my perspective, the extra work is worth it. Rose Colored had 20-24 people on set and six days of production. That was the relatively quick part. I stitched it for 3-4 months, but who knows, maybe I’m a masochist. 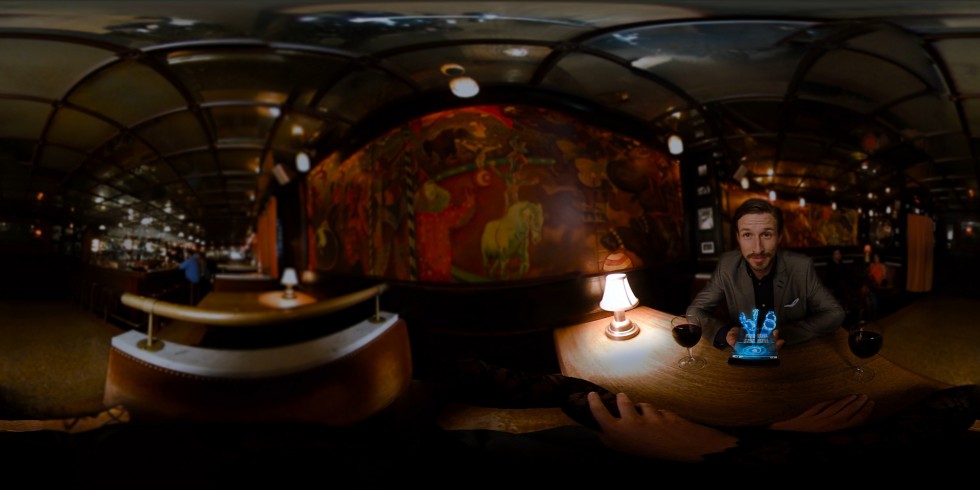 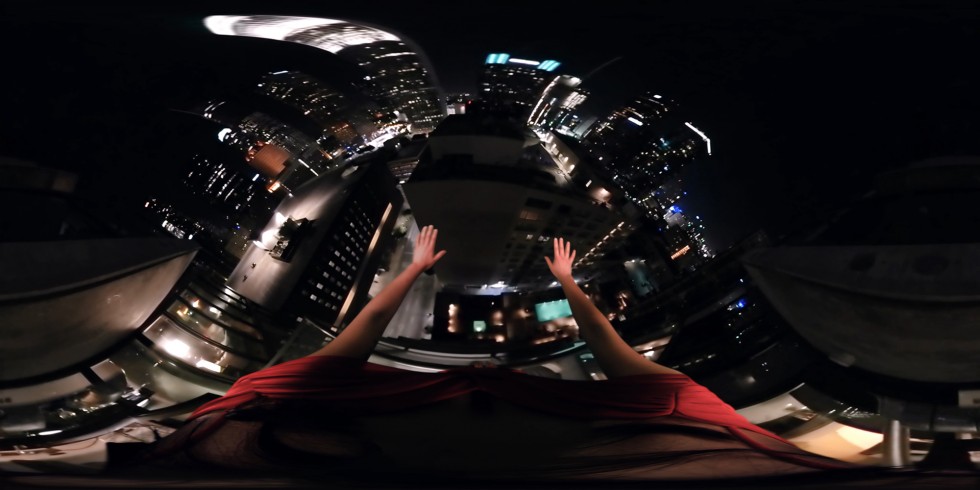 “The way in which Rose Colored draws the viewer’s gaze would not be possible without Mettle. We used SkyBox to find the perfect frame all throughout the film.” 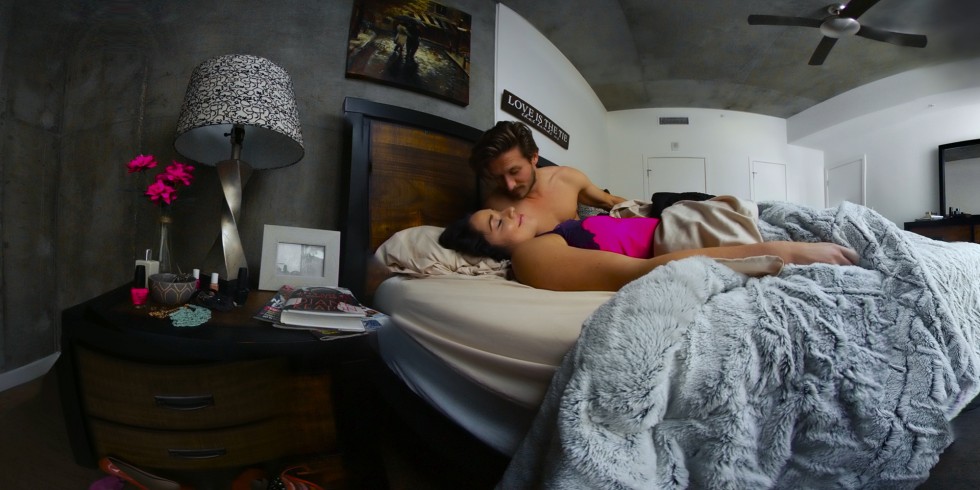 How did you work with the Actors on set?

It’s a combination of liking control but letting people have freedom. Seeing people discover things instead of feeding them the info. I like to whisper to one actor on set in a way that could potentially surprise the other and generate a happy accident.

Lately, I’ve been thinking a lot about that scene in Goodfellas, where Henry comes home and is looking for his stash of cocaine. Ray Liotta and Lorraine Bracco move all around the room, it’s organic and feels uninhibited by the constraints of a frame. I’ve been thinking a lot about the added level of freedom 360 video gives Actors. So, like, for example, from take to take, if I were directing a scene like the one from Goodfellas, I would be able to allow the Actors to end the scene right below the camera, or in another take, they could make it to the bed, or maybe the bathroom. These are the kinds of things Directors and Actors play with when they block a scene, but with 360, you can make that change in between takes; this is a fundamental difference in how film Acting has worked for the last 100 years. 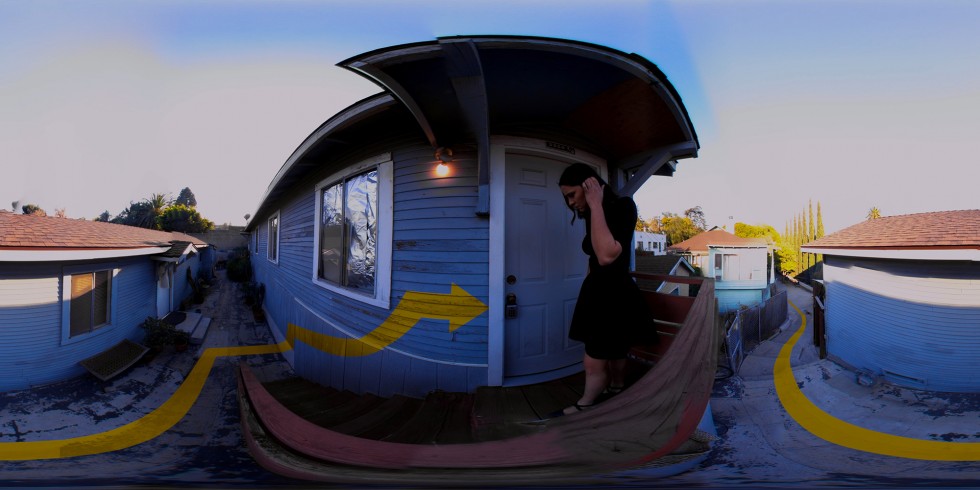 How did SkyBox Suite help in your post-production?

I started using SkyBox 360/VR Tools for Adobe Premiere in “Knives” for eye-trace. I would refine the center of the frame to guess where the viewer would be looking. I used SkyBox 360 Transitions in Premiere too. I used SkyBox Studio V2 in After Effects to eliminate the plate shots and pieces of equipment that I mentioned earlier. I’ve been using this technique since “Intimate Strangers”, my first 360 Video. 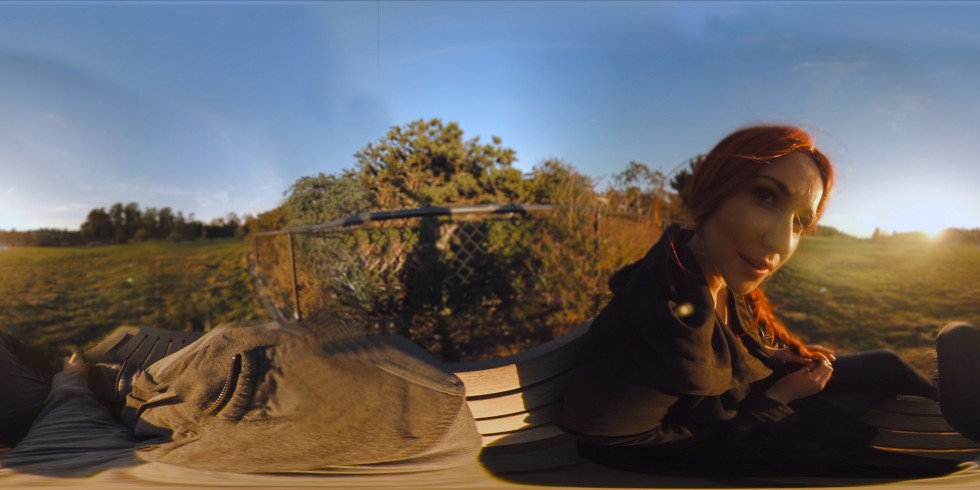 6DoF with editing seems like a logical step, for me at least. It will make a lot of non-believers into believers. It’s the kind of immersion that is undeniable. I just need to find someone to let me play in that sandbox.

Author’s Note: What is 6DoF. (6 Degrees of Freedom)

Most companies offer tracking in headset around 3 Degrees of Freedom, 3DoF, around the X, Y, and Z-axis. 6 degrees of freedom is better for VR headset. What this means is that not only will the headset track your head movement as you look around, but it will also track your location as you physically move left, right, forward, backward, up and down, this will make the experience more realistic, and will reduce the chance of motion sickness.

I find storytelling the same, but this was the first movie I made written specifically for 360. In Rose Colored, the medium is the message, but it’s mostly a comment on an issue we’ve always faced.

It’s similar to Memento or Steven Soderberg’s Bubble; we remember things in a way that makes us righteous and everyone else villainous or wrong. The added layer of technology only hints at this becoming more convoluted. In an age where a significant portion of the population believes the Boston Marathon Bombing was a hoax, you can only imagine how altering our perception of the world will reduce the already thin line between truth and fiction.

Thanks, Adam! We look forward to your next film 🙂 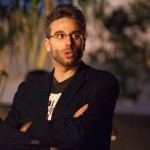 Prior to delving into the virtual reality space, Adam won several awards for his screenwriting and directing, including the Austin Film Festival Screenplay Competition, the Script Pipeline Screenwriting Competition and the Vimeo Awards. In October 2015, HD Video Pro wrote an article called A New Medium Emerges about Adam’s innovative virtual reality storytelling.

You can look at more projects from Adam at : adamcosco.com