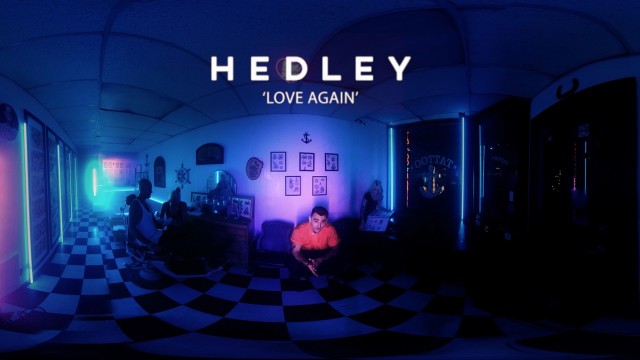 Award-winning Canadian pop-band “Hedley” brings us the music video for their recent hit Love Again in 360° format, produced by Occupied VR and presented by Samsung VR.

Toronto VR studio Occupied VR has extensive experience in 360/VR production, with many blue-chip productions under their belt. So they were well-equipped to handle the many challenges of Love Again, which included adapting the original 2D concept for 360°, with only a 4-week turnaround time, and 2 weeks in Post. J. Lee Willams, Creative Director at Occupied VR, was already familiar with the Mettle SkyBox toolset, so he was confident that they could deliver the original 2D concept in 360°. “Love Again” not only used the original Mettle 360/VR tools, but Occupied VR added more production value with Mantra VR, to add camera moves in Post, and for 360 stylization FX.

Mettle had the chance to talk with J. Lee, to find out more about the production.

Note: Mettle SkyBox plugins have been acquired by Adobe, and are now integrated into Adobe CC 2018.

Good to see you J.Lee! Tell us – who came up with the concept and how did Occupied VR get involved?

The concept of the sad dancing robot was originally developed by Director Emma Higgins and Hedley’s Band Lead Jake Hoggard, who wrote it with the intention of being a 2D music video. It was through the partnership of Universal, Shed and Samsung Canada that it became a 360° music video.

Once the concept moved into a 360° production, the Occupied VR crew was brought in to help take the concept into VR, as it was new territory for the current creative team. I had already worked on a video with Hedley before called “Crazy for you”, which I directed with my Occupied teammate Timur Musabay many years earlier. So I had an existing relationship that allowed them to trust me with their concept. 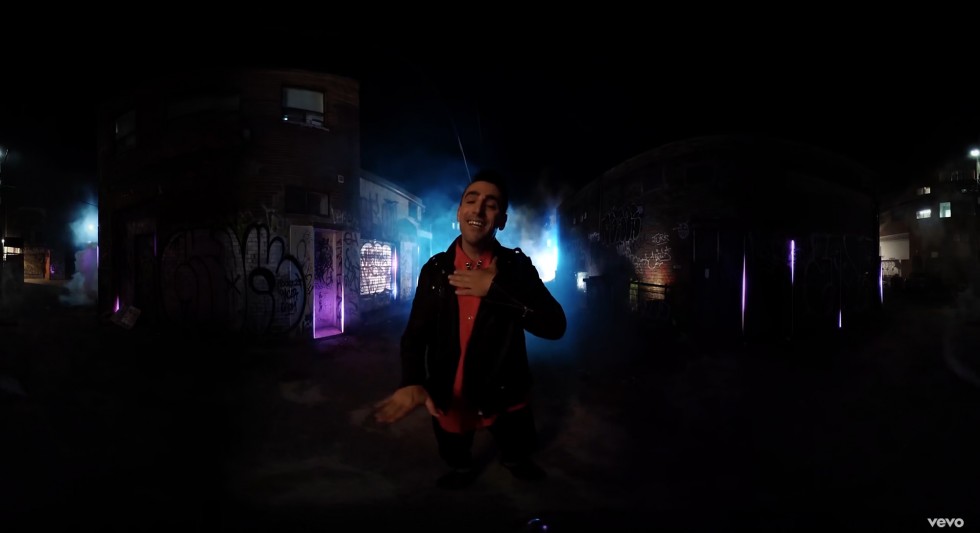 How did you take the original 2D concept into 360°?

We decided to not stray too far away from their original idea, but instead use it as a challenge, to see if we could keep translating the creative concepts into a 360° video. The biggest challenge however was that we only had four weeks to go from pre-production to the delivery of a final video. Already knowing the power of the Mettle toolset, it allowed me to approach the video with a lot of understanding of what I could accomplish in Post with a two week Post window. 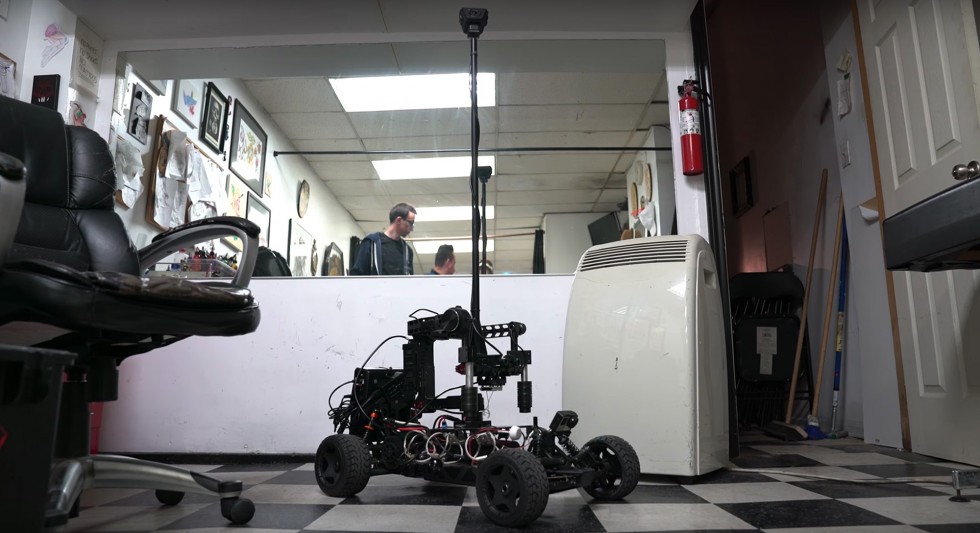 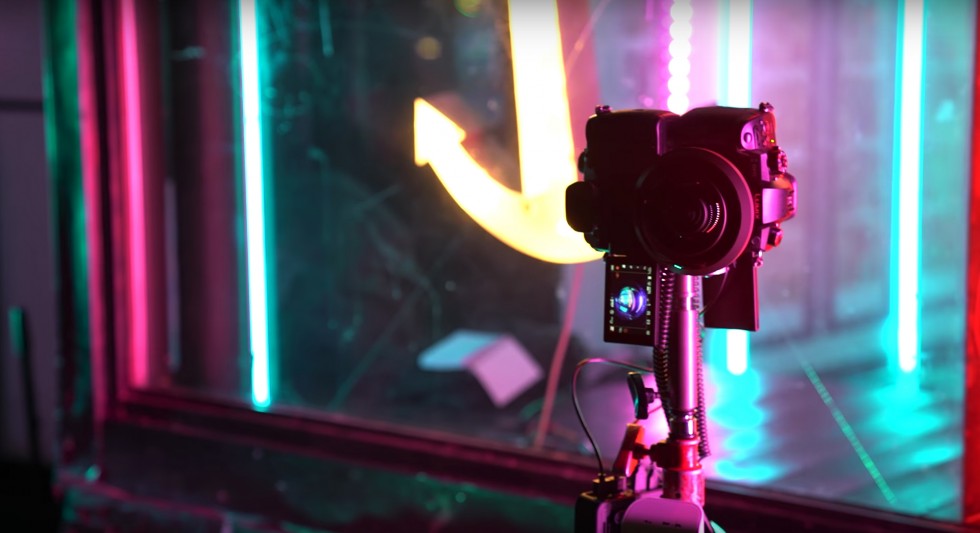 We used several different cameras to create the video, our main rig was two GH5s back to back with Entaniya Lenses. The cameras ran through a Teradek Sphere that gave us a stitched image on an iPad for onset review. The video took us three evenings to shoot as it was that time of the year where the nights were shortest. 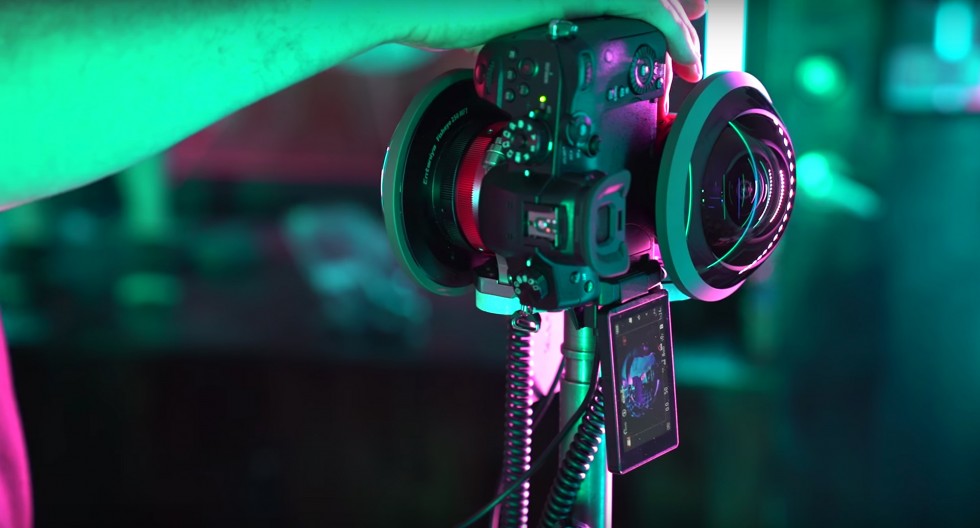 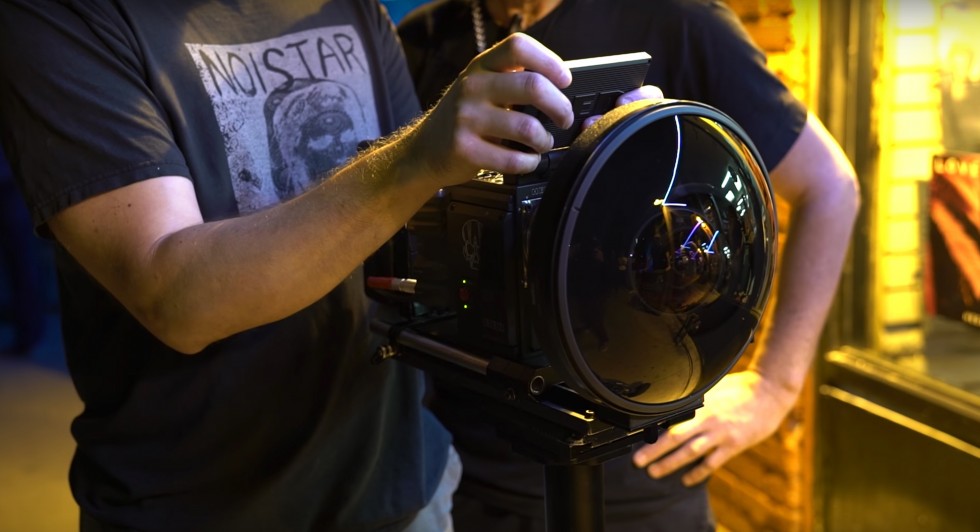 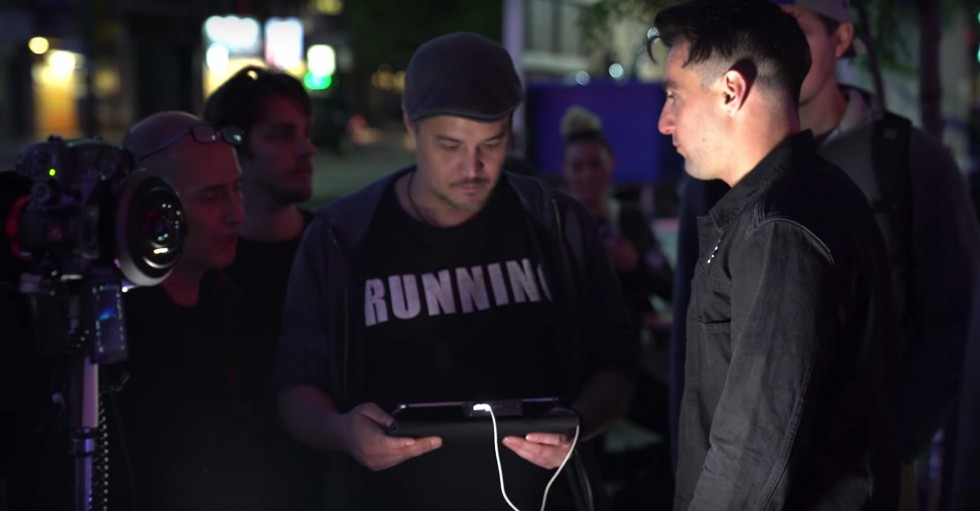 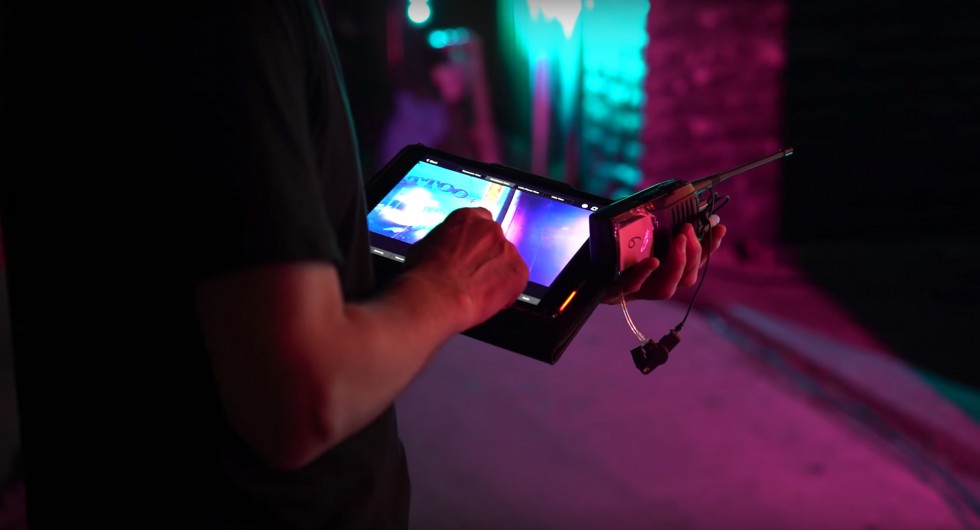 How did it go in Post with only a 2 week window?

Once we finished shooting, we only had two weeks to do the Post, which in the 360° video world is not much time. The Skybox tools were one of the biggest lifesavers during Post. Its set of tools had everything we needed to accomplish the overall image cleanup, rig removal and 360° VFX with ease. Our first process once we stitched and edited the footage was to use Skybox converter to center all of our shots and do the rig removal. The ability to review the edit and comp work in real time in both Adobe After Effects and Premiere using the Oculus Rift helped speed up the process, there was once a time when we had to do everything blind or render it out to review. This setup saved us hours upon hours of rendering and allowed us to use our workflow with out having to constantly break the flow to review.

We also used Skybox converter once again to laydown all of our VFX in AE. The 2D to equirectangular function is gold and used every time we add effects to a 360° image. 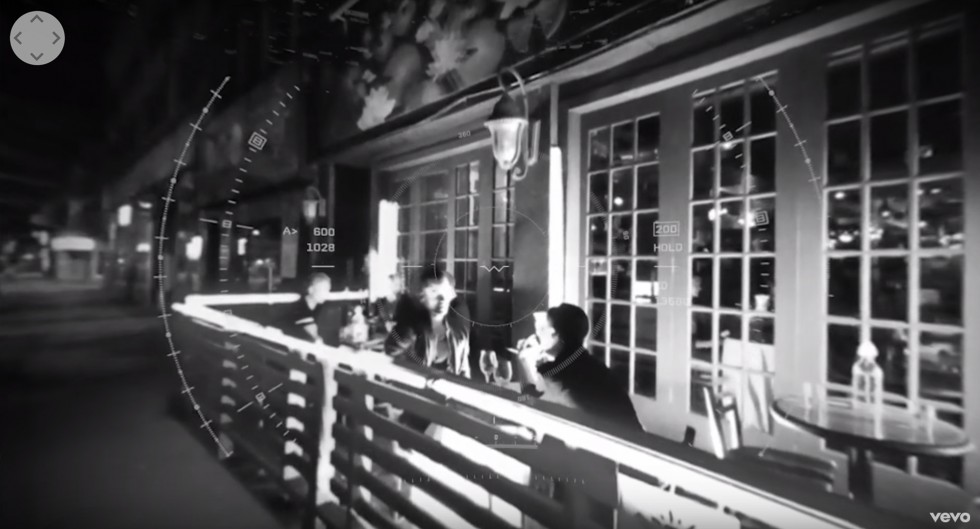 “The Skybox tools were one of the biggest lifesavers during Post. Its set of tools had everything we needed to accomplish the overall image cleanup, rig removal and 360° VFX with ease.” 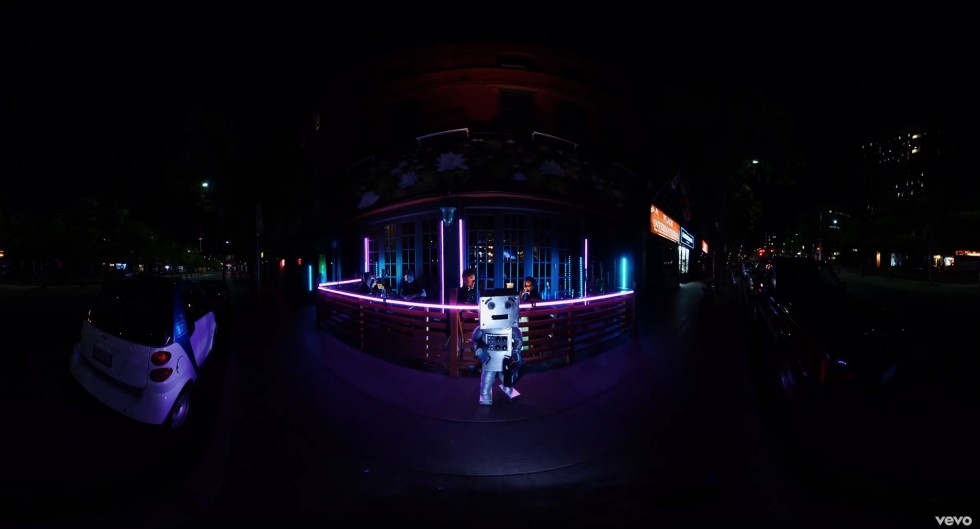 You also used our latest plugin, Mantra VR. How did it help?

Yes, after we had everything laid down in the videos, I realized that a bunch of the shots felt a bit too high or just off of where I had hoped they would be.

Generally we wouldn’t be able to fix that, but I remembered that the Mantra VR set of plugins had their Mobius Zoom function. It’s a simple tool that allows you to move the nodal point of the equirectangular footage the equivalent of a few feet or so in real life. This tool, although just a small part of what Mantra VR can do was a huge lifesaver to me as a director, as it allowed me to pin the camera to the exact position that I was hoping to shoot from.

Furthermore,  it also allowed us to create slight camera zooms and virtual dolly moves within a locked off shot. Being able to give the camera some slight movement in and out, up and down made all the difference to the end viewing experience, it brought the production value up as it help the video not seem to feel so static. 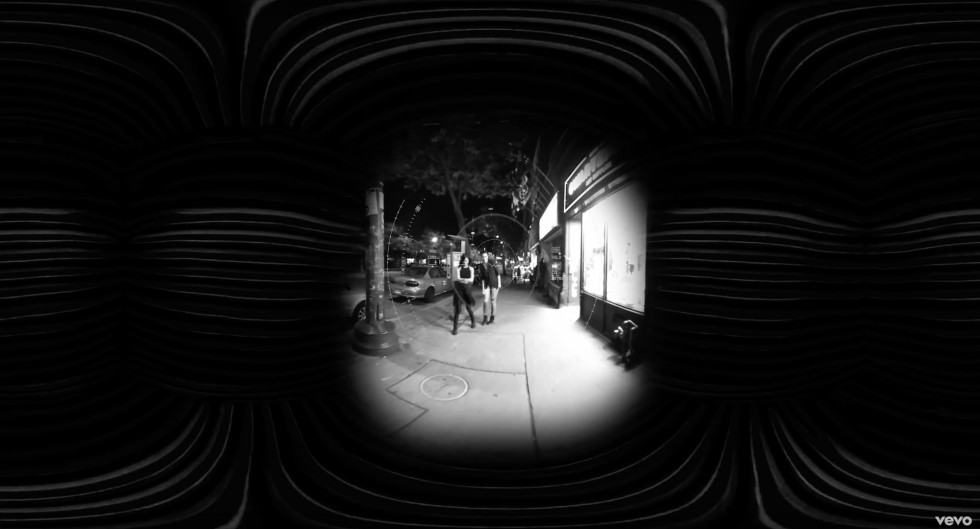 “This tool, (Mantra VR > Mobius Zoom), although just a small part of what Mantra VR can do, was a huge lifesaver for me as a director, as it allowed me to pin the camera to the exact position that I was hoping to shoot from.”
– J. Lee Williams

We used the Mantra VR >  Magnifying Glass tool from Mantra to do some of the Robot POV camera zoom ins. This plugin made the process of doing so very easy and quick.

Overall, the Mettle and Mantra VR tools helped us complete the Post for the video within two weeks and the end result was actually better than I expected!

Thanks for the kind words! We love the result and look forward to seeing what you do next. – Mettle

Occupied VR is a proven VR development team, working hard to be leaders in the world of Immersive Experience. The Occupied collective has been organically forming for the past four years within the emerging VR community in Toronto, Canada.