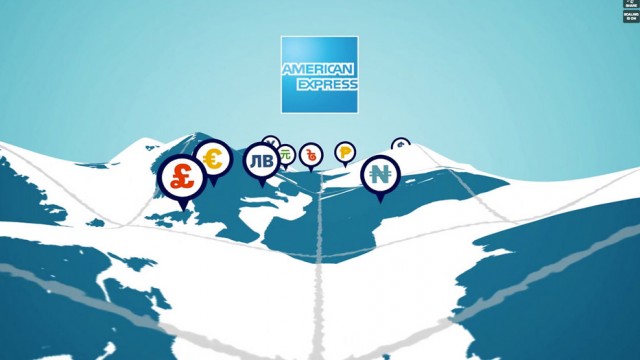 Andrew Embury has created a terrific animation for American Express using FreeForm V2. The terrain distortion is done using FreeForm V2, which can easily transform a flat layer into a 3D grid with control points; perfect for terrain. Each control point on the grid can be independently controlled over time and 3D space. Entirely in After Effects. Thanks Andrew – great stuff!
FreeForm V2 is the update to digieffects FreeForm, the plug-in that was bundled with After Effects CS5. FreeForm V2 has the same great features but renders up to 10 x faster than digieffects FreeForm. FreeForm V2 works in CS5 and CS6, Mac and WIN.