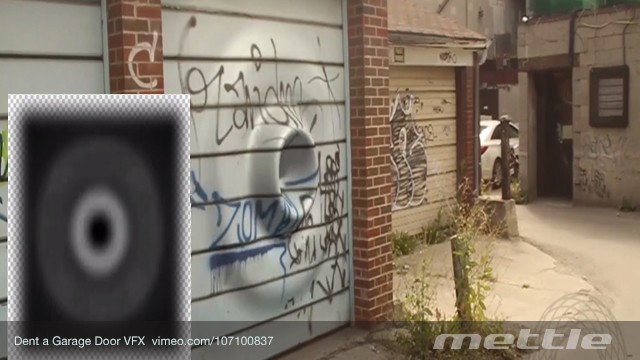 How To Dent a Garage Door VFX

In this tutorial, Effects artist Mike Sevigny shows us how to displace a plane in 3D space in Ae, making it look like a garage door is being deformed and dented. The process starts by using After Effects’ 3D camera tracker to track the live action shot. Mike then shows how you can use a projection to map the texture of the live action footage back onto a simple 2d plane which will represent the garage door.
It is the use of displacement maps along with FreeForm Pro that will make it easy to animate the dents in the garage door, giving a convincing look to the effect. 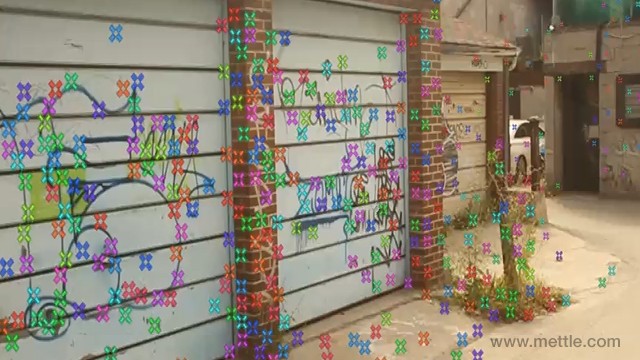 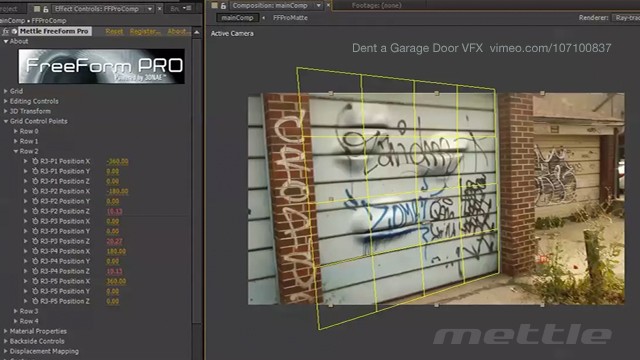 
Mike Sevigny is an Effects Artist who lives and works in Toronto, Canada. He’s a graduate of Sheridan College (2005). He has taught After Effects at Toronto Film School, and sits as a member of their Advisory Committee. He currently operates TorusFX Inc. in Downtown Toronto and invites prospective clients to reach out to him with interesting project ideas.

Television: in addition to his contribution to countless commercials, Mike was also Lead Compositor and Set Supervisor for Season 1 of the award winning show “Beauty & the Beast” on Showcase.