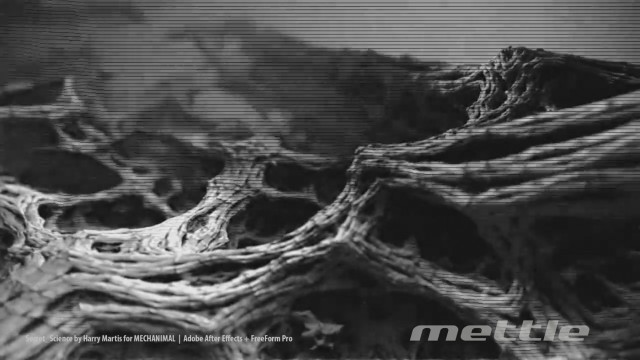 CG Artist Harry Martis used an unusual production pipeline for Secret_Science,  a music video for the Athens-based “drone’n’roll” band MECHANIMAL. His process started with a kinect 360 and ended up in After Effects with mettle’s FreeForm Pro plug-in. For his filmed material, Martis depended on an Xbox Kinect 360, which he then fed through the 3D image capture application, Brekel Kinect. For the remaining visuals, he turned to a concoction of Mettle FreeForm Pro, Meshlab, Vray for 3ds Max, Cebas thinkingParticles and Trapcode Form. Martis describes his visuals as “complexities of esoteric cyber microscopy via complex fractal formula explorations.”

“I have no words to describe what a pleasure it has been… the generator saved my life ! and the terrains couldn’t have been made if it weren’t for FreeForm Pro (these shots would have taken weeks instead of hours…). I am utterly obliged and grateful.”

Secret_Science is four minutes of digitally-deconstructed images and rhythmic video synthesis, that hopes to illustrate, as MECHANIMAL explained to VICE earlier this year, a “portrait of the urban landscapes of the post-modern world and its inherent chaos, nihilism, unfulfilled desires, and the economic decadence surrounding this scenario.” Read the Vice interview.

Secret_Science was profiled on The Creator’s Project, which celebrates visionary artists across multiple disciplines who are using technology in innovative ways to push the boundaries of creative expression. 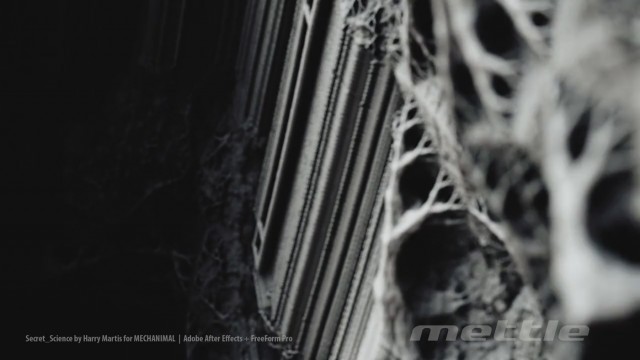 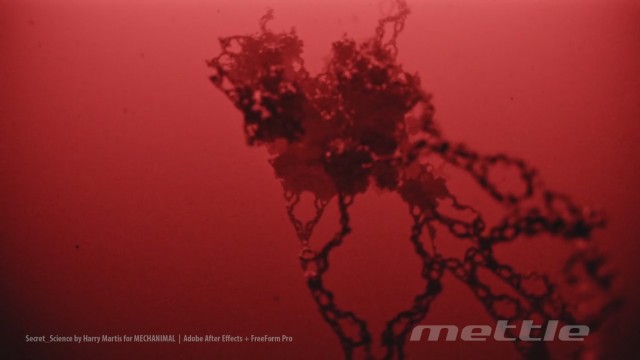 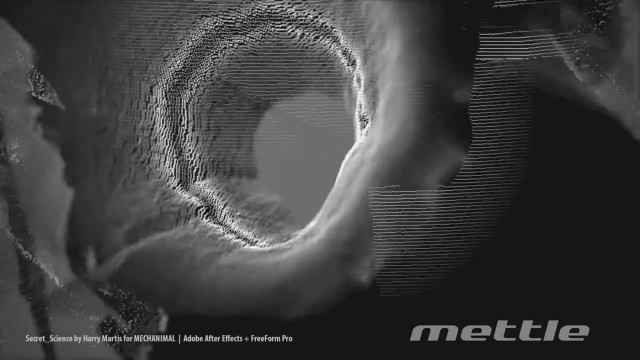