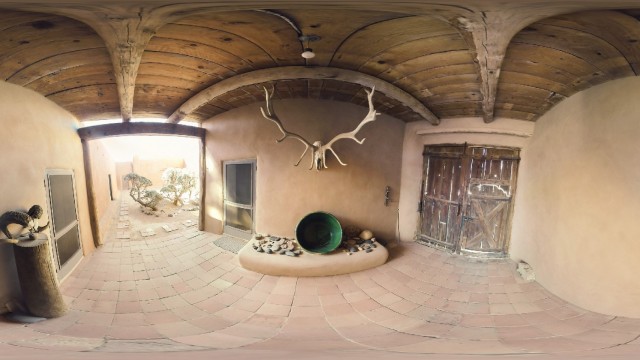 Tate Modern contacted Happy Finish to create a unique 360ºVR film that transports viewers into the universe of the renowned trailblazer artist, Georgia O’Keeffe, to promote the exciting new Tate Modern exhibition. The video has become The Tate’s most-viewed Facebook video of all time, with over 3,000,000 views, 11,000 shares and 34,000 reactions. Mettle SkyBox plugins were used in the production workflow.

To view this video make sure you are using the latest version of your browser (ex. Chrome, Firefox). 360 videos on Facebook are not viewable on Safari or Internet Explorer.

So far, the video has been a huge success, Sofie Roberts, Producer at Tate Digital, said: “Georgia O’Keeffe’s New Mexico in 360 has been Tate’s most viewed video of all time. We’ve been really excited by its success and the potential of 360 to become a new platform for storytelling. The film has been used as a benchmark for Tate’s digital success for this year, and we’re looking forward to working with Happy Finish on forthcoming projects.” 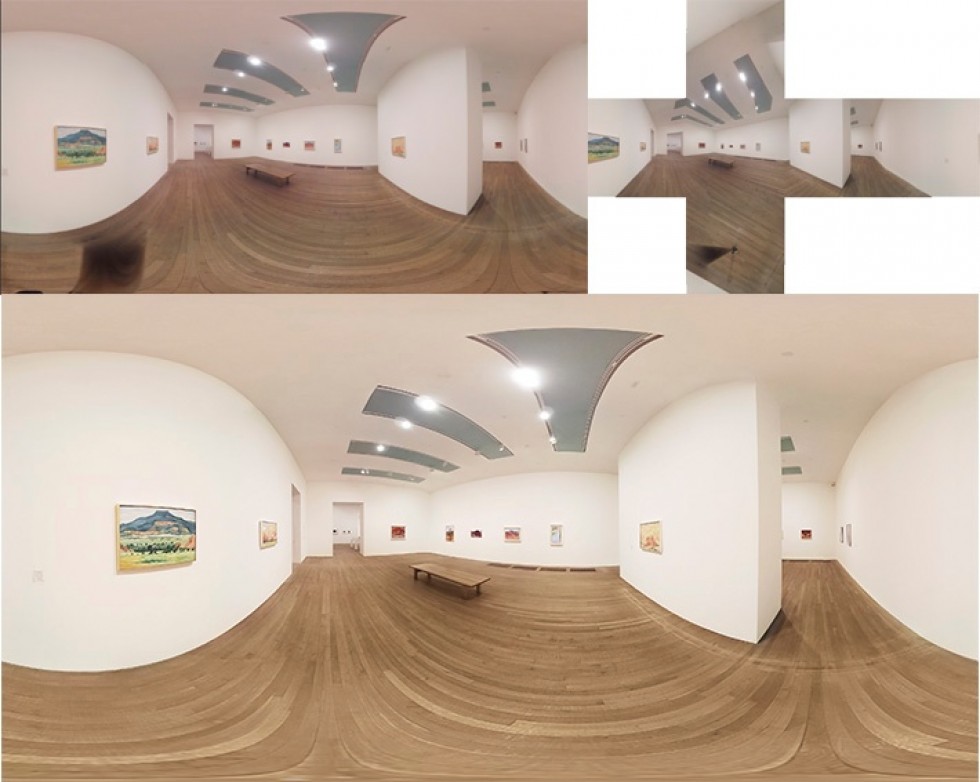 SkyBox Studio plugin for After Effects lets you convert your 360 footage into a cubemap, which makes it easier for retouching.

Happy Finish explains, “With the profound influence she had on other artists of the time, it was crucial for us to bring the film to life as accurately as possible. To achieve this, we flew to New Mexico to capture the landscape and environment that inspired O’Keeffe’s later works, using the most immersive medium: 360ºVR video.

In this film, we don’t only give context to her art including her home and studio in New Mexico, but also to how the area and its landscapes captured the spirit of this American modernist artist.” 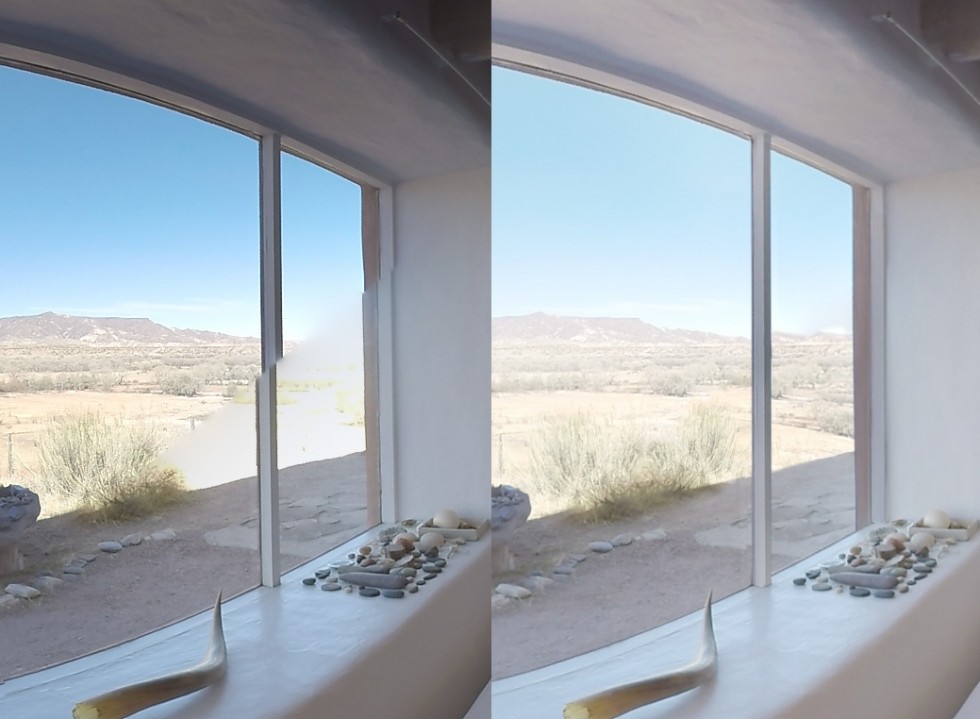 “A rebuild in retouch during the cleaning process is often more efficient and effective than going back and manually stitching the shot.” – Sophie Morrison, Happy Finish.

Before and After color grading in After Effects.

James Mossahebi, Director for the film, shot various locations in New Mexico, including around Ghost Ranch: “This film is an immersive approach to Georgia O’Keeffe’s work, the landmarks that inspired her as an artist. We fully immerse the viewers into O’Keeffe’s mind, submerging them into her world both visually and sonically by hearing her musings from a documentary interview from 1977.” James decided to edit this audio cut from an archived O’Keefe interview, rather than use curator audio, to narrow the distance between the viewer and the artist.

“We used SkyBox Studio extensively for the stills clean up, working with a stills retoucher here in London, and also for the drone footage cleanup. Traditional 2D retouching skills in PhotoShop can be used for retouching 360 footage and integrates perfectly back into After Effects. Mettle tools are an integral part of our 360 production workflow.”