How to Create a 360° Logo Animation in After Effects

Charles Yeager (Yeagerfilm.com) shows how to create a 360° logo animation in After Effects, with SkyBox Studio, based on a logo animation by Chris Tilley of Gnoggin Studios. Charles does a breakdown explanation and then shows several ways to create your 360 animation, both with and without Element 3D. It’s not much different than creating a 2D animation, Charles will show a few things that you should keep in mind when are designing for a 360° space. You can download a free demo of SkyBox Studio here.

How To Create a 360° Logo Animation in After Effects

Tutorial is based on this Intro animation by Chris Tilley, Gnoggin Studios. 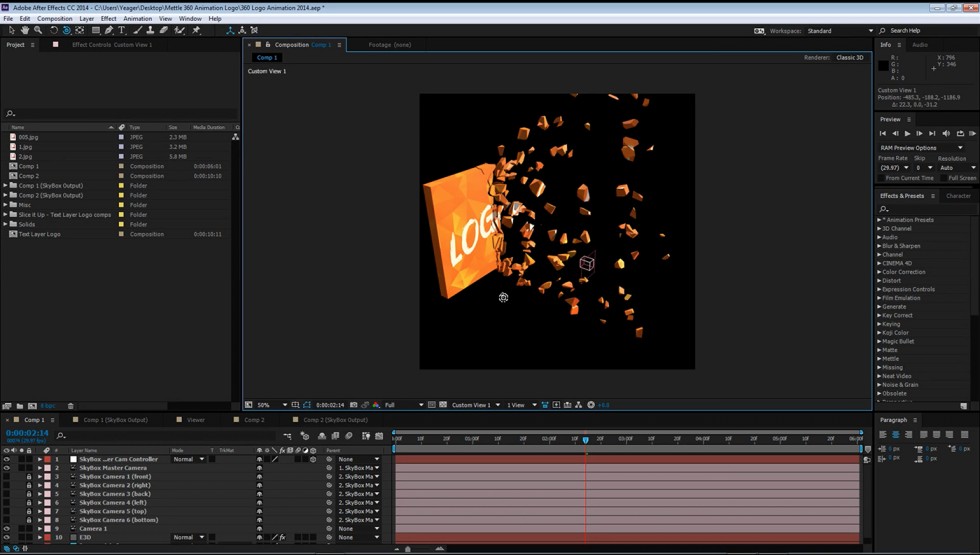 SkyBox Studio sets up the production workflow for you in After Effects.

Render out in 360 format from your SkyBox Output Comp. 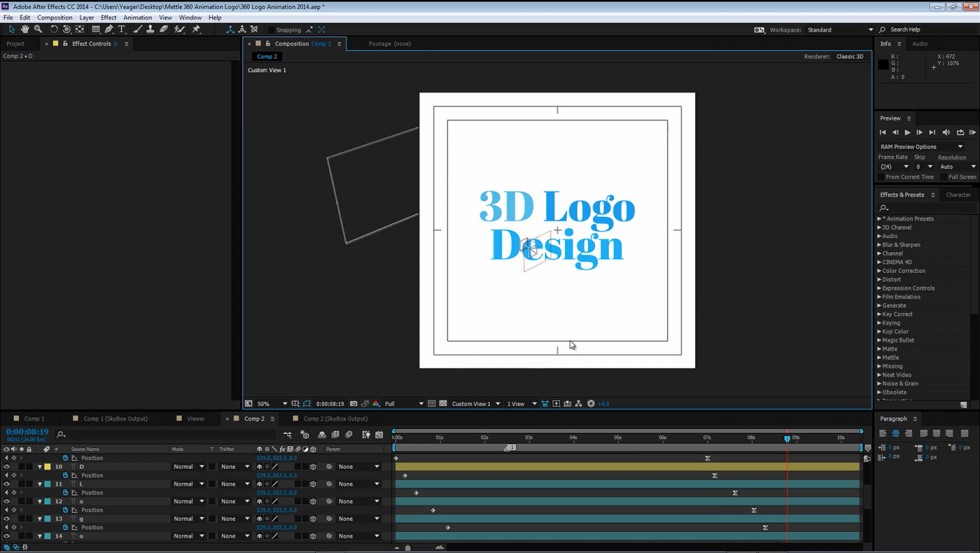