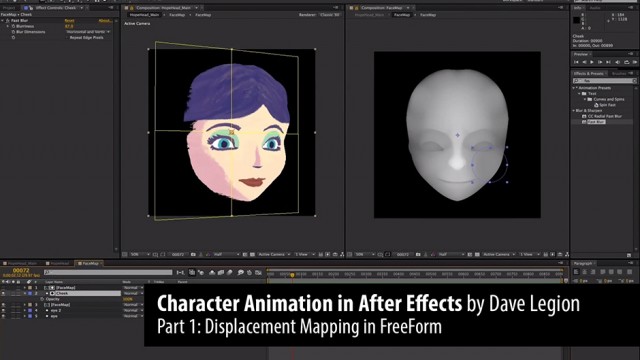 Part 1: Character Animation in After Effects by Dave Legion

Dave Legion has put together a comprehensive set of tutorials on Character Animation. The series is called “Build Me Some Hope”, named after a character from “A Story of Hope”, an animation he worked on for the FH Foundation. You’ll learn how to create a displacement map using FreeForm. This is the first step in creating a 3D face in After Effects. Once the face is built, you will be able to animate and pivot a single image of the face up to 180 degrees, an enormous time-saver in character animation.

Watch the Overview to Build Me Some Hope, the Character Animation tut series by David Legion.


“A Story of Hope”, where Funky Medics and Dave created the Hope character.

Part 1: Displacement Maps For Use With FreeForm

Part 8: Switch Out Existing Voice Over With Auto Lip Sync


Dave Legion is an award-winning animator from the UK.
davelegion.com
Dave Legion on Vimeo