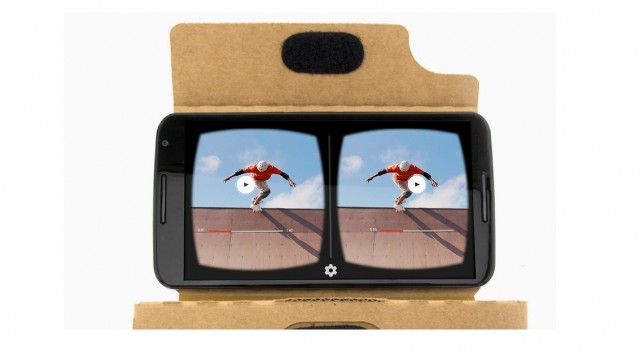 5 Things You Need to Know About Google VR

Google is betting big on VR, that’s the news from its Google I/O developer conference.They’re not the only ones. Mark Zuckerberg, Facebook’s chief executive, has on several occasions said he believes virtual reality could be the next computing platform. What does this mean for motion designers and content creators? Get ready, because the format is most likely going to become a standard, and sooner than you think.

1. Google announces VR is a priority.

That’s the news from last weeks Google I/O developer conference in San Francisco. Google has announced several programs that show their focus on VR. First of these is a new software kit that will make it easier for developers to build Cardboard apps for iPhones. The company also redesigned the cardboard hardware so that it is easier to fold and can now accommodate any smartphone, including popular, larger-screen, so-called phablets.

2. Google Cardboard is cheap and accessible.

Google introduced “Cardboard”, its virtual reality viewer, at last year’s I/O conference. It’s pretty basic, but you can build it yourself or buy it cheap. “We wanted the viewer to be as dumb as possible and as cheap as possible because we basically wanted to open VR for everyone,” said David Coz, an engineer in Google’s Paris office who developed Cardboard.

Clay Bavor, (Vice president for product management for Google’s virtual reality efforts) has revealed that the company has designed a 16-lens camera that can record videos across 360 degrees, and that it’s developing a software system that can turn these videos into the kind of immersive, stereoscopic experiences the goggles are intended to provide. The company calls all this its “Jump” VR platform, and it says GoPro will offer a version of its camera this summer.

Google said it would allow people to start uploading virtual reality videos to YouTube this summer.

Create 360 animations, videos and export to the correct format, quickly and easily. Bring existing comps into 360, or create new ones. Import stitched 360 footegae and do object removal, motion tracking, add text, logo and VFX. Your output comp is automatically set up to export to 360 with all the correct settings. Find out more about SkyBox.

“I have downloaded this clip and played it in the Oculus DK2! Left me speechless 🙂 What an incredible tool, Mettle Skybox. If I wasn’t all ready a big fan of Chris and Nancy (mettle) I would turn into a believer just here and now. I can hardly wait to translate some of my own work created with the other Adobe After Effects plug ins from Mettle, ShapeShifter and FreeFrom Pro, into a VR-experience.”

You may already be aware that youtube lets you upload 360 degree videos (which also works with Mettle SkyBox). It looks like that’s just the first step for Google. Over the last year, Google has developed a 360-degree camera that looks like a chandelier rigged with 16 GoPro video recorders, and currently has about a dozen of them filming sights around the world. When run through Google’s software and processors, the footage will turn into a virtual reality rendering that tries to mimic the view from a human eye. 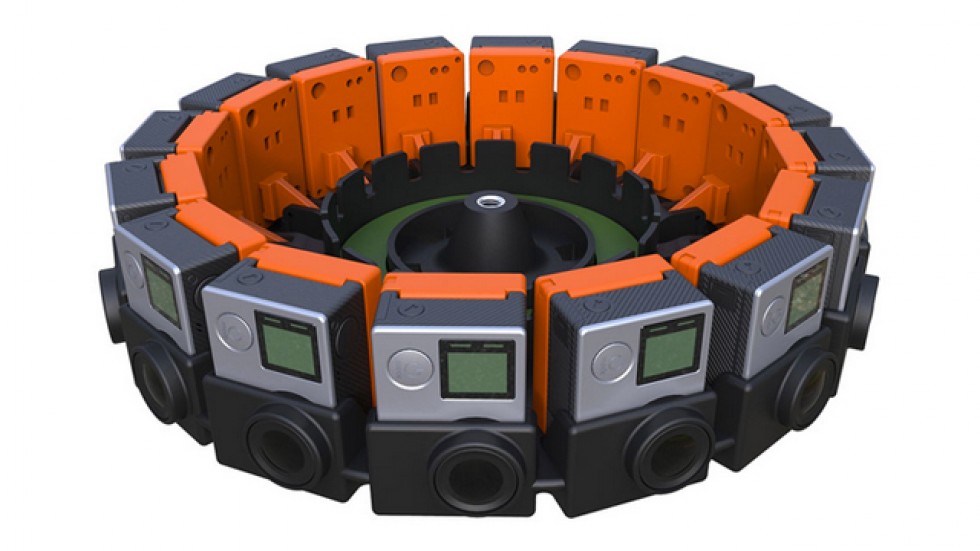 GoPro recently showed the world a ball-shaped mount that can hold six of its cameras. The videos will be compatible with virtual reality headsets such as the Oculus Rift, Google’s Cardboard and Microsoft’s HoloLens. Pricing has not yet been announced. Watch out because GoPro is also working on a drone! Read More at CNN Money.

How does VR work?

Mark Bolas, associate director of the Institute of Creative Technologies at the University of Southern California explains: “Your perceptual system doesn’t really have anything to tell it that it’s not in the virtual world, so it believes it, and you feel as if you’re present. Virtual reality uses computer graphics, algorithms, and lenses to recalculate the picture as you move. If you turn your head left or right, it will seem like there’s no end to the screen, like it surrounds you in 360 degrees. All of a sudden, the trick’s complete and you feel like you’re in the space,” says Bolas.

It looks like VR is a space that we will soon all be able to inhabit. And create for.