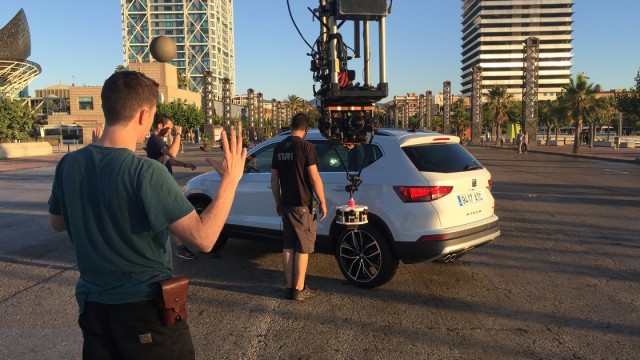 Spanish automobile manufacturer Seat asked UNIT9 to create a 4D Virtual Reality experience about the powerful cultural bond between the Seat brand and the city of Barcelona. The resulting VR experience is a successful combination of creative expression and technological achievement at the highest level. The production was a series of complex shots, each with their own unique challenges for VR Director Anrick Bregman, and his team. Mettle SkyBox Studio V2 and SkyBox 360/VR Tools were both essential to the filming and post-production process, as well as the SkyBox VR Player. 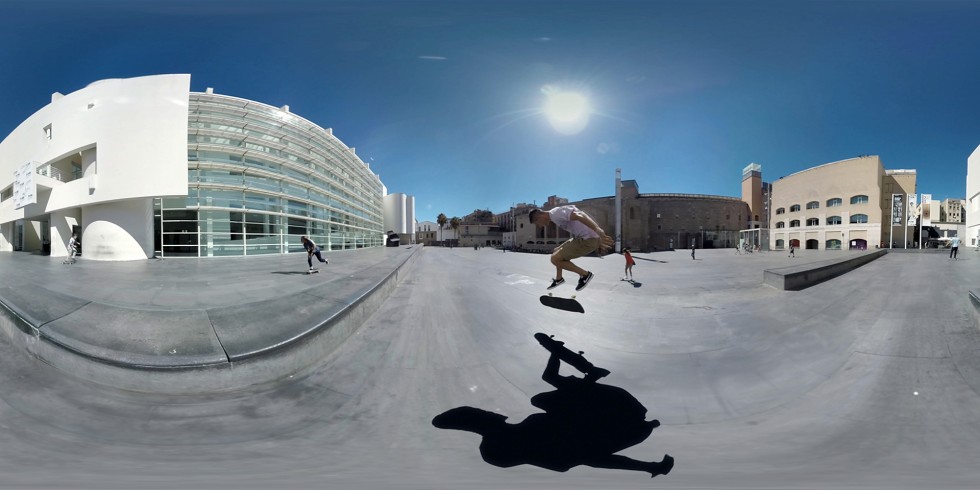 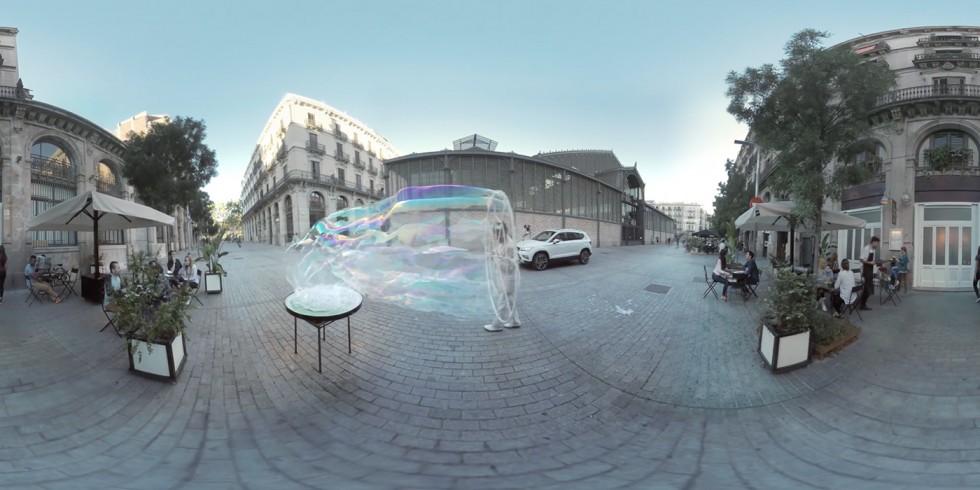 “In June last year, Seat asked us to create a 4D Virtual Reality experience about the powerful cultural bond between the Seat brand and the city Barcelona. It was an amazing collaboration, but also one of the most challenging 360° shoots I have ever directed. Mettle SkyBox Studio V2 and SkyBox 360/VR Tools were both essential to the filming and post-production process.”

We filmed in the most iconic locations in Barcelona, using custom-built stabilized high-end 360° camera rigs, made with GoPros as well as Sony A7 DSLRs. We mounted those rigs into drones, backpacks, and used them to create seamlessly smooth moving skateboards shots that give you the feeling you’re literally flying, using a skateboard’s natural bendiness for steadiness.

We used Skybox on a daily basis as part of reviewing the dailies, an essential tool for us to look at what we had filmed in detail, and doing quick patches of our cameras and rigs, using the composer tool. 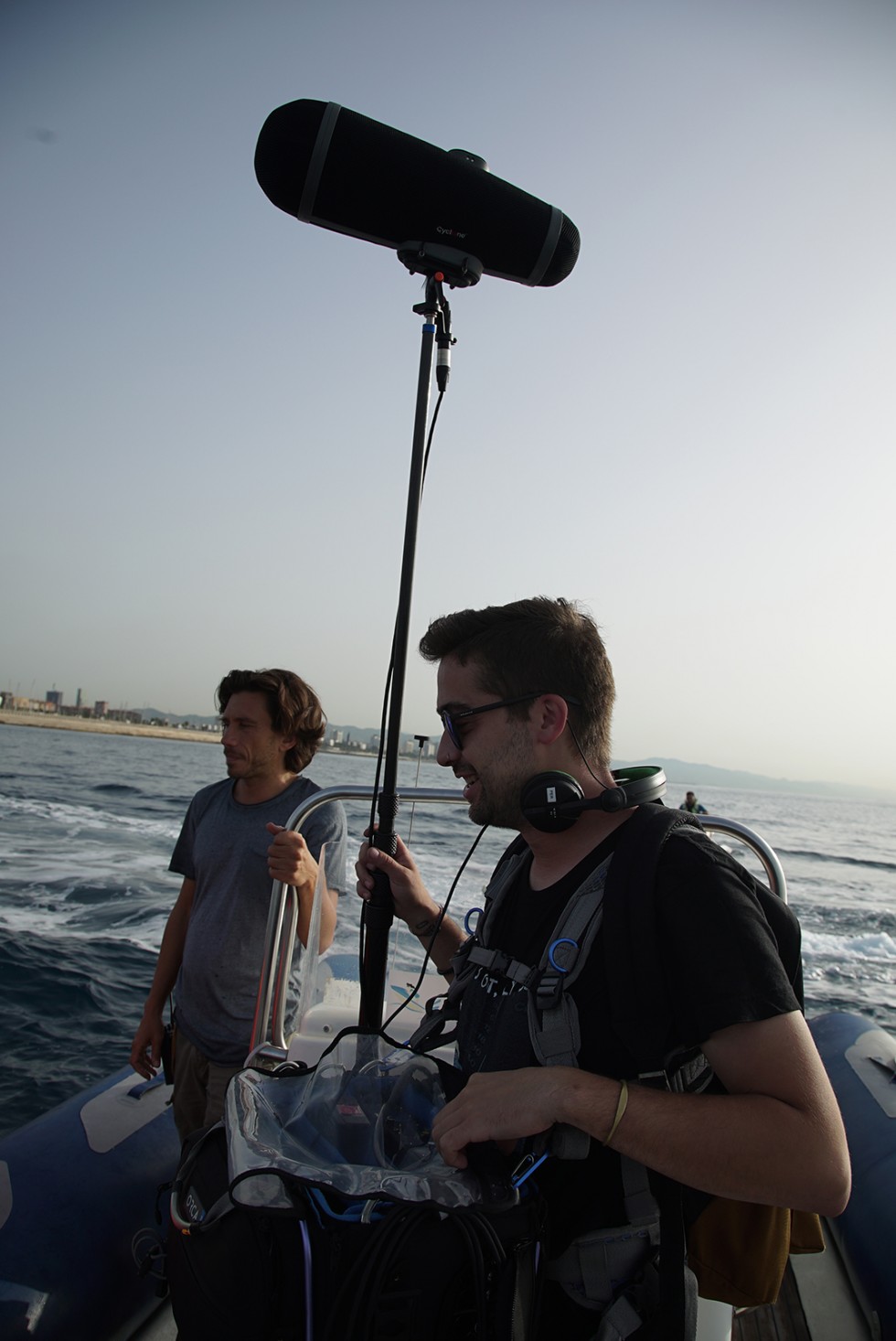 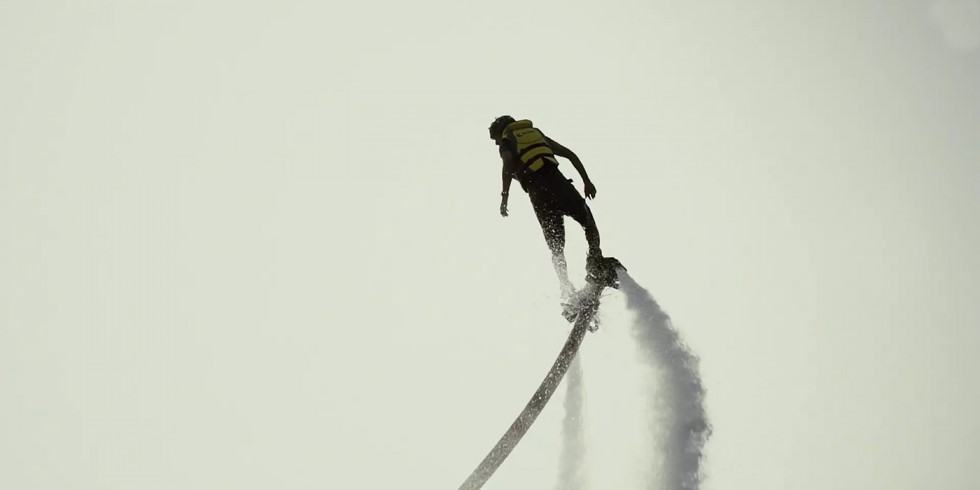 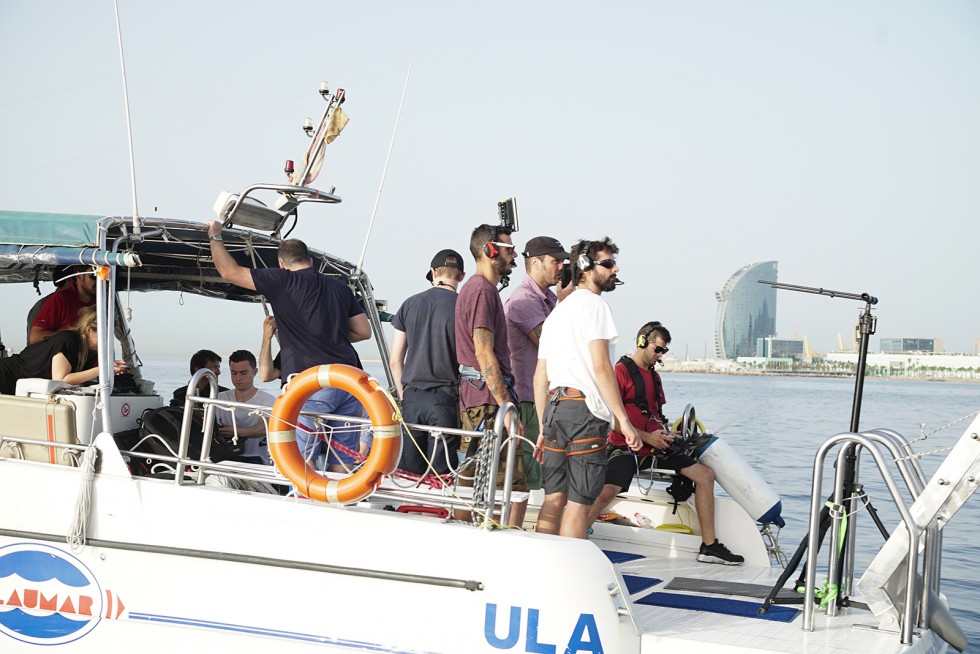 The opening shot of the film is an epic drone shot, flying high over the sea towards the Barcelona  shoreline. The function of this shot is to establish the city skyline, but as the drone dips closer to the water, up ahead you see a man with a jet board rising up out of the water. Dani Garcia with the jet board . This was our most complex shot of the whole shoot. We had only about three hours to shoot it, because of the specific ‘magic hour’ look we wanted. The interplay between the drone, the jetpack, and the two jetskis coming up from behind, meant three moving elements all needing to align perfectly.

For the opening shot, we wanted the viewer to fly through the opening titles, which we wanted to have hovering above the waterline. Using Mettle Shapeshifter was useful for us as it allowed us to build this very simply, and then tweak the execution of the idea until we were happy with the result. 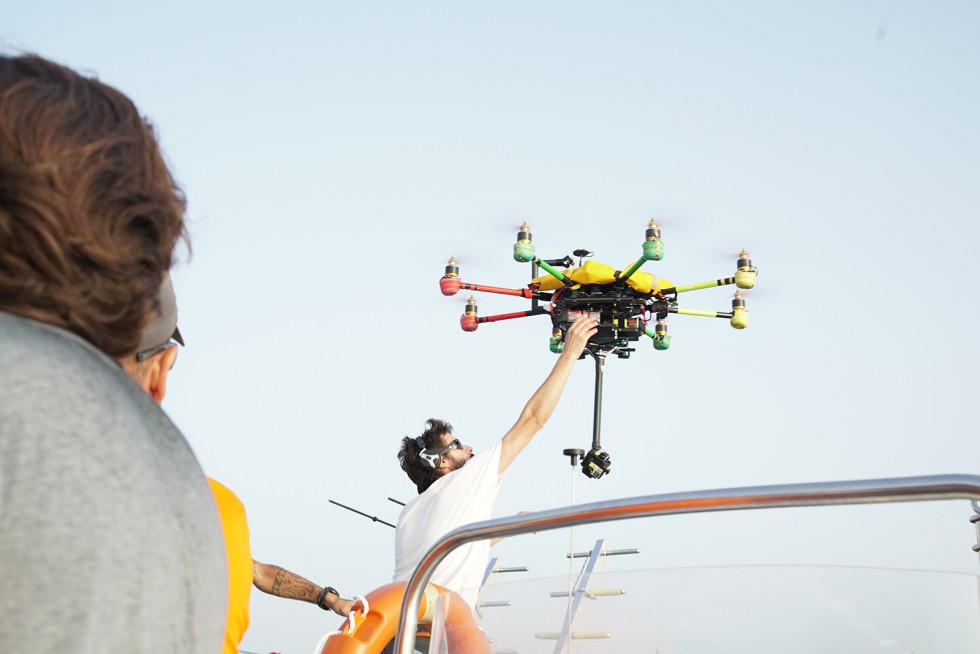 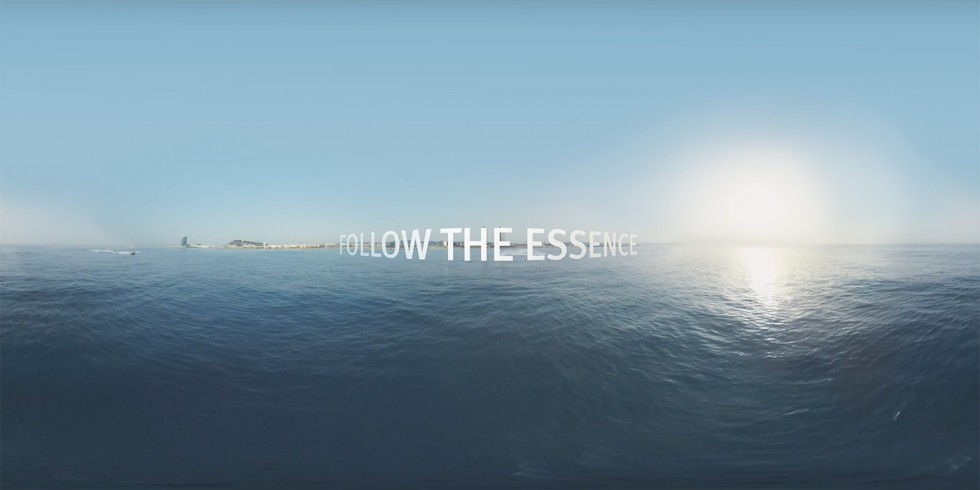 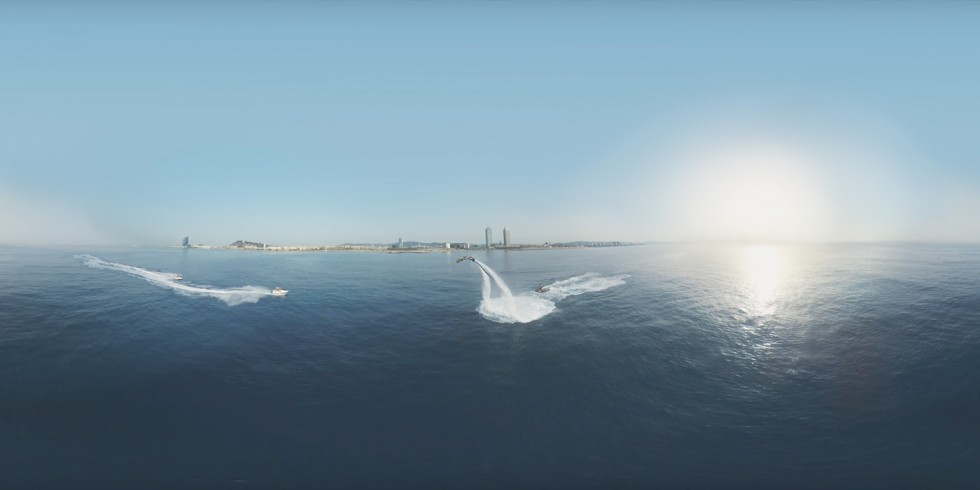 Shot 7 in our film took place on the famous La Pedrera rooftop. This is a building designed by Gaudi, an historic monument, which meant we had very limited access. We would have over 40 actors but we could only access the rooftop at midnight, and would have to be wrapped and out by 8am the next morning, to allow tourists to enter as they always do.
We build a special 360° camera rig that incorporated 4x Sony a7 DSLR cameras, allowing a much higher picture quality, and giving us the opportunity to start filming when it was still dark.

Our cameras we suspended from a 40ft. crane, which would start dipped low, and then travel through the crowd, to the other side of the rooftop, in a smooth arc.

Because of the limited access to this location, each take needed meticulous and detailed reviewing by our visual effects team, to make sure that everything was just right. Skybox allowed us to jump into the shot, see it in the headset, and confirm we had our take.
The location is stunning, and slightly haunting, with these huge heads towering over you. The sunlight, first deep red, then orange, and gradually, as the morning wore on, fading to pinks and blues, was mesmerising. 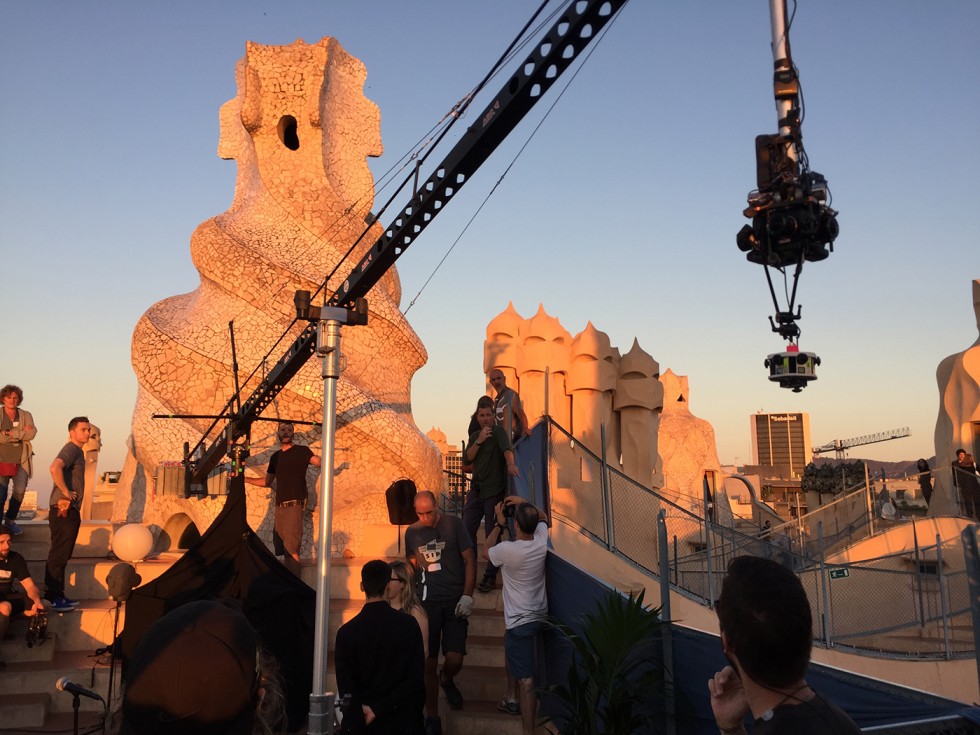 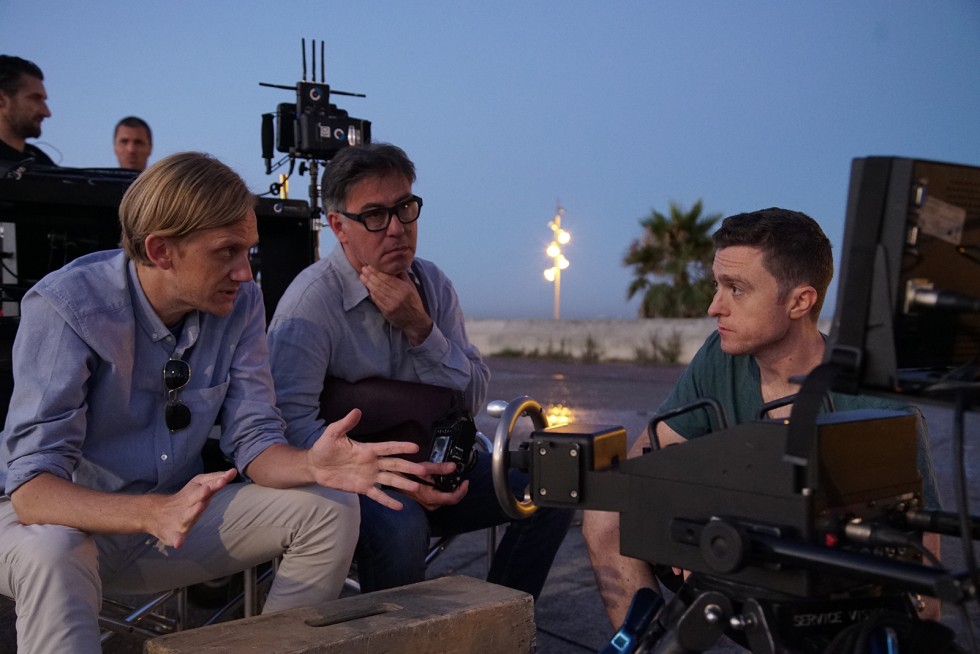 The Post-Production work was also a very detailed and meticulous process — removing all cameras, equipment and shadows, as well as Carl himself from the footage. Under the leadership of Zlaten del Castillo, and Kassi Koufaki, UNIT9’s in-house post-production team set up a separate floor, with a dedicated render farm, to make all shots possible. Our compositing team would stretch to 10 Nuke artists to get all the work done on time.
Our team worked using a combination of Nuke and After Effects, powered by Skybox, to stitch and stabilise the footage we shot, and clean up each frame.
The post-production team mapped the floor using photogrammetry, and tracked it into place, taking into account not only the floor texture, but all the imperfections and the way light changes as the shot progresses. 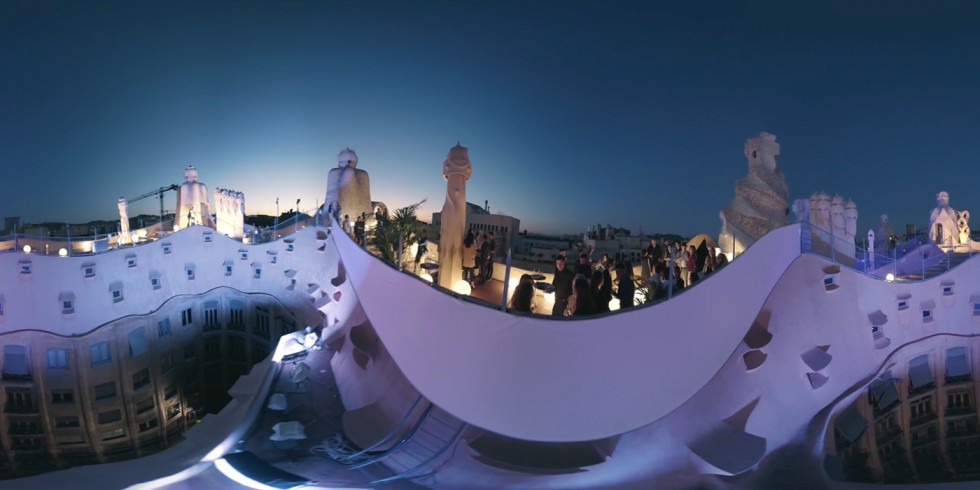 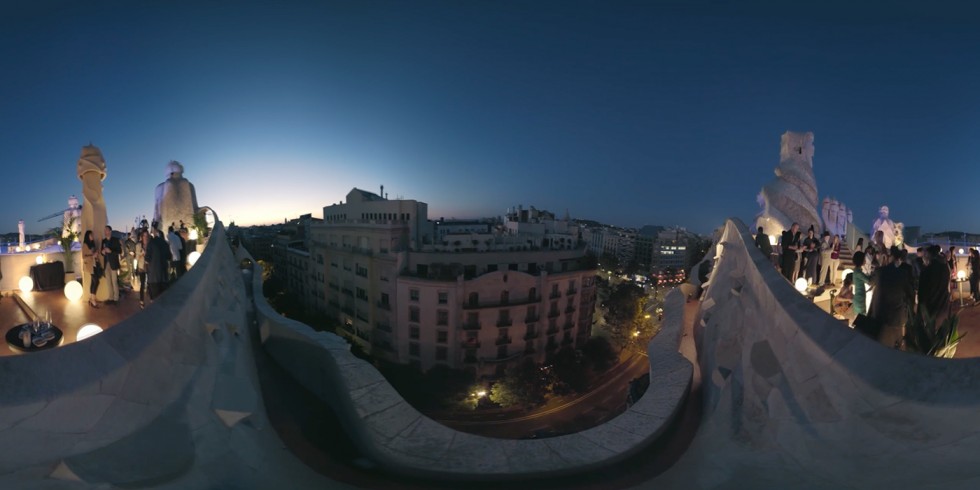 One of the most interesting creative challenges on this film were the transitions. If you’re travelling through a city it could take an hour to drive from one area to another. So transitions would be vital in making sure the viewer can cover more ground. But a VR experience with hard cuts can be uncomfortable for the viewer. So our goal was to create smooth, visually detailed transitions where the two locations feel connected. I worked with Gareth Blayney to develop a stretched and blurred tunnel-effect. Using the full range of Mettle’s Skybox we experimented and iterated over the space of about a week, applying our idea to different shots in our film, and various techniques to make sure that the tunnel would stretch all around you, and the stretch/blur we applied to your vision would connect smoothly behind the viewer, without creating visible stitch lines. In addition to this, we wanted to map shapes from the first shot, to similar shapes on the next one.

Without the easy and fast pipeline that Mettle provides, this would have been a stab in the dark, I think. With creative challenges like this one, you need to sit behind a screen, and just play around with the visuals – and Mettle’s toolbox allowed us to do that. 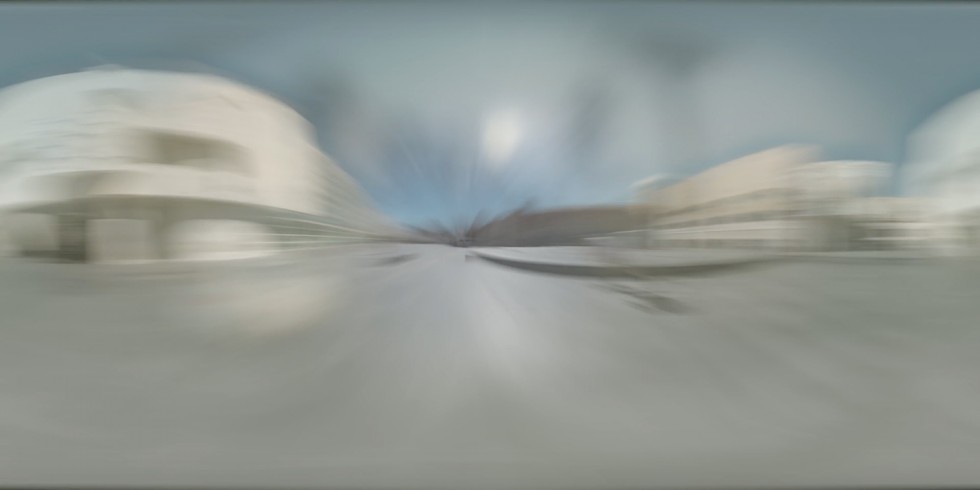 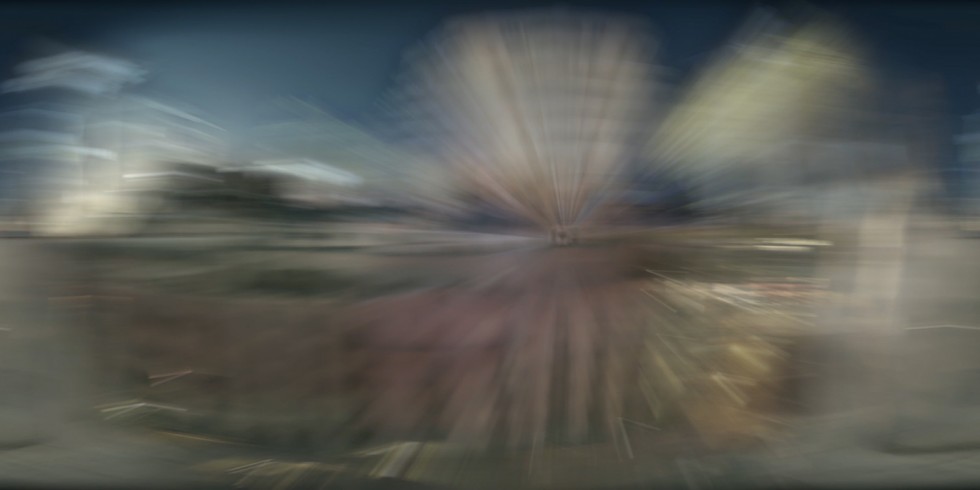 This Virtual Reality experience was premiered at the Paris Motorshow, allowing visitors to experience this thrilling ride in 4D seats, which were programmed to move with our camera-work as the film plays.