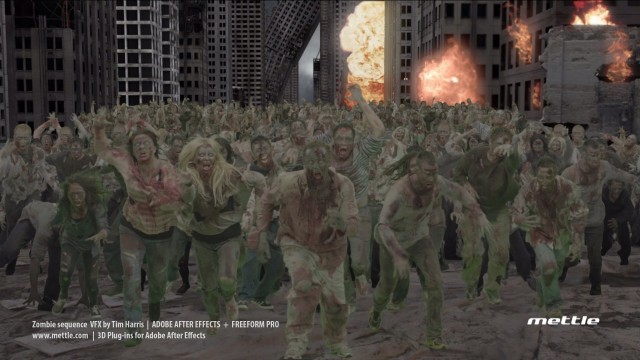 When Tim Harris showed us a Zombie sequence that he had composited in After Effects, we said, “Cool use of FreeForm Pro for deforming your stock fire footage!” Not exactly what anyone else might notice first, considering there are decaying humans running around. But we were struck by how our 3D Plug-in for After Effects was put to task in such a practical and effective way. We couldn’t resist putting together this teaser. Thanks Tim!

Thanks so much to Tim Harris for choosing to use our FreeForm Pro plug-in.
Tim is a motion graphics artist based in Perth, Australia. He was an elite cyclist who competed at an international level. He has turned that focus and discipline towardshis work for film, music videos, and corporate communications. He’s a one-man-show, and can be reached at: harrismediacreations.com