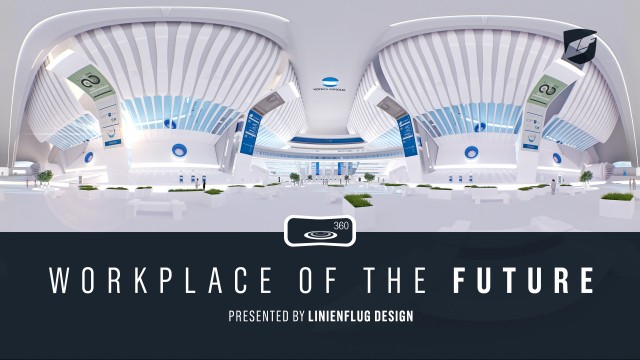 Linienflug Design produced a VR Experience for their customer Konica Minolta. The creative mandate was to show office life in the future, as realised with Konica Minolta technologies and expertise. The resulting VR Experience, “Workplace of the Future”, was the highlight of the Konica Minolta exhibit at CeBit Hanover. 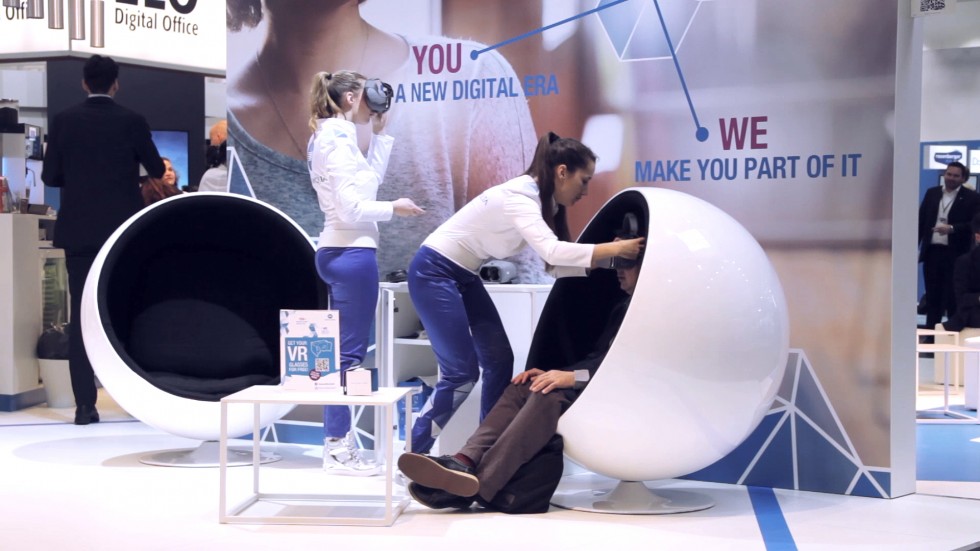 “Workplace of the Future” VR Experience for Konica Minolta

“We thought that a 360 movie and VR experience would offer the ideal way to immerse people into a futuristic new world. Virtual Reality offers the best opportunity to do this. By now it’s a state-of-the-art entertainment technology and it was the highlight of the conference for our customer. On top of that, we developed an independent app to use the 360 Movie as a VR Experience on the Google Pixel phone and the Google daydream headset. But we had to ensure that would work on Youtube and Vimeo.

Objective: We needed to gain the interest of our target group at a technology driven exhibition 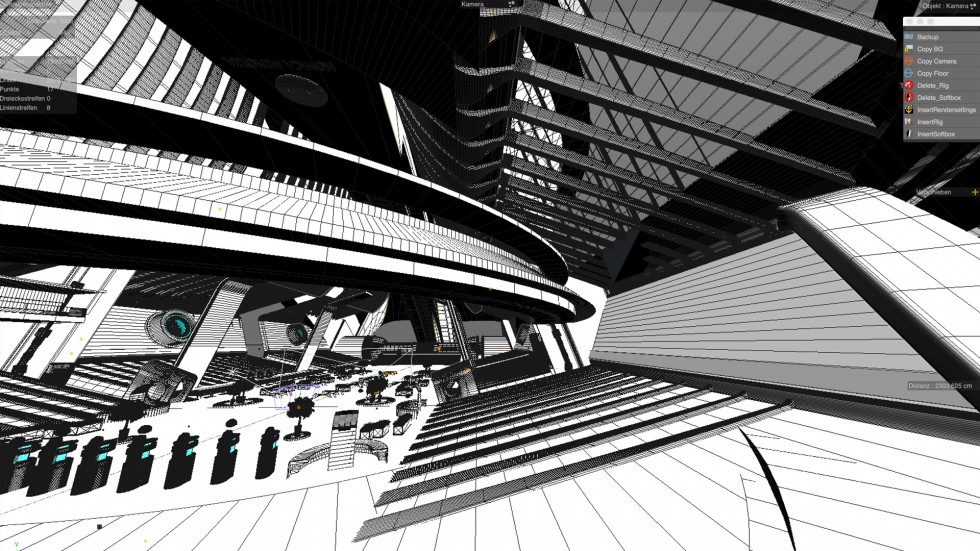 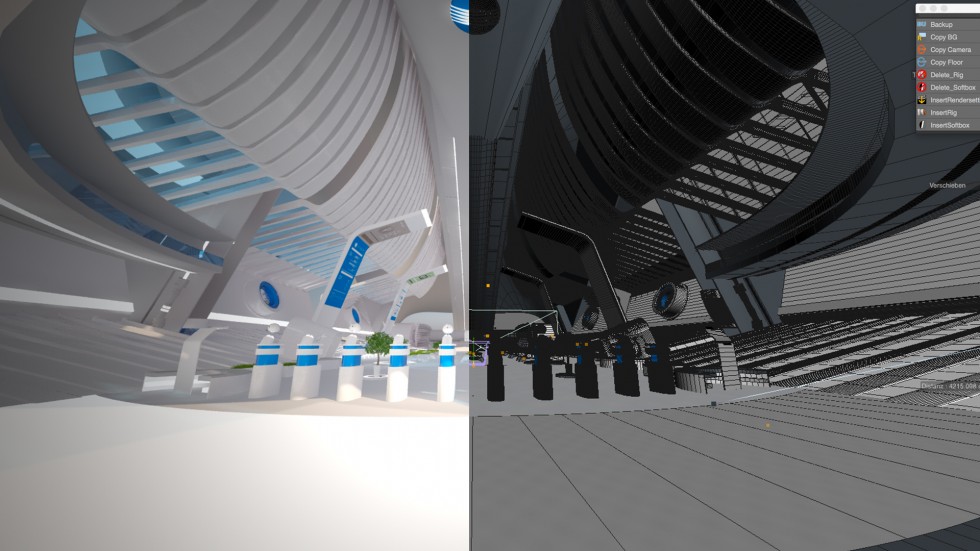 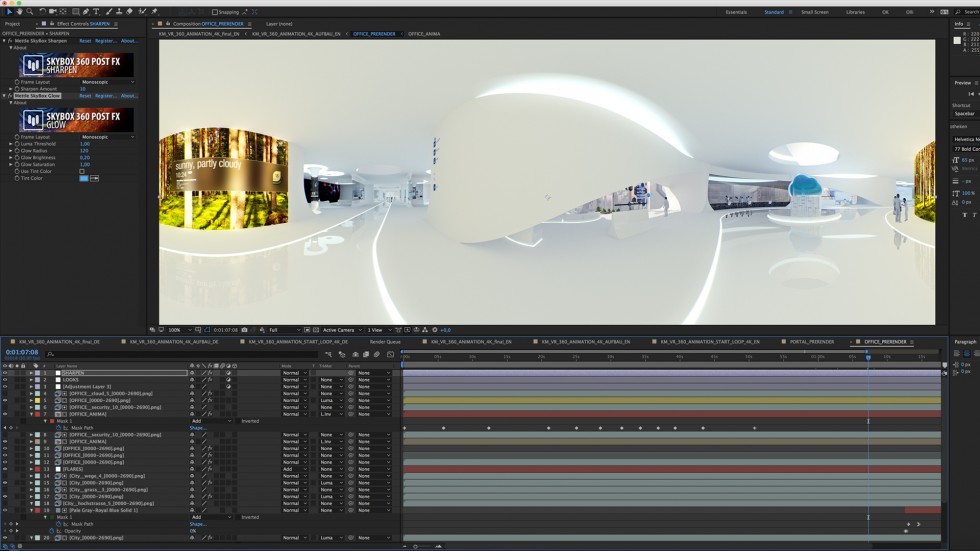 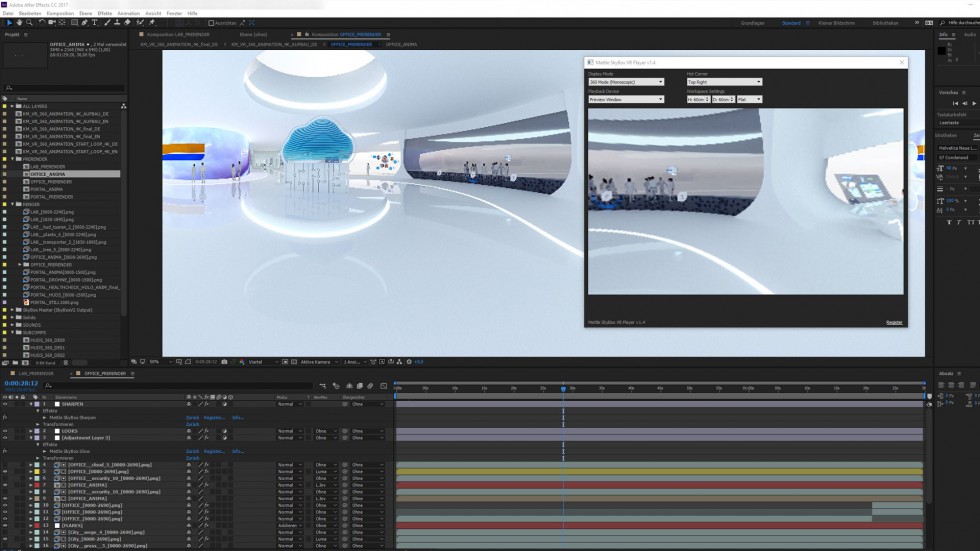 Key point: We needed to combine facts and content with a “Guide” through the future office world. Therefore, we created a drone and a voice-over that guides the viewer. We built a futuristic company and defined three main steps:

2. Customer Technology part – a confidential journey through the company laboratory

3. Arrival – a walk through the future Office

During the production we wanted the viewer to have enough time to feel comfortable before the experience starts. So we made a movie loop, so the viewer can start the main movie after he has had a look into the welcome scene. 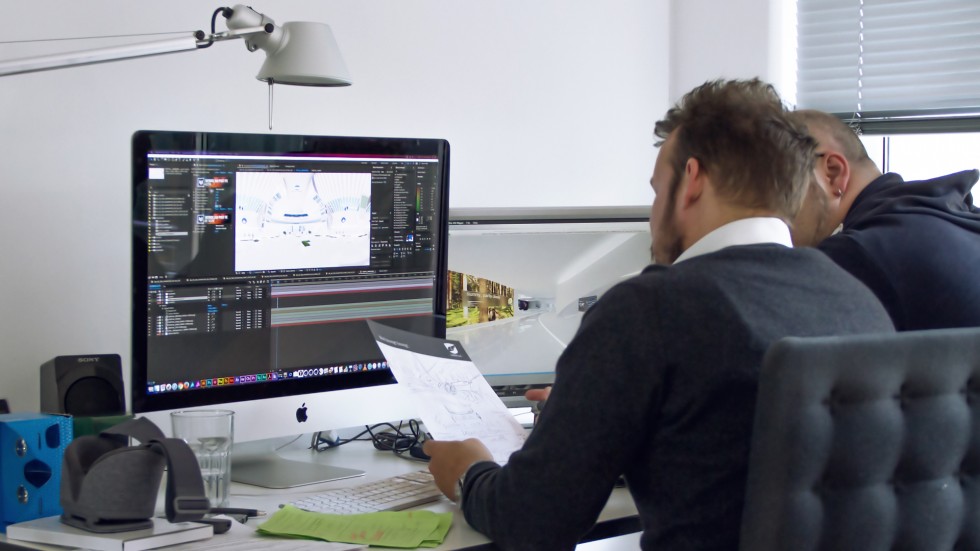 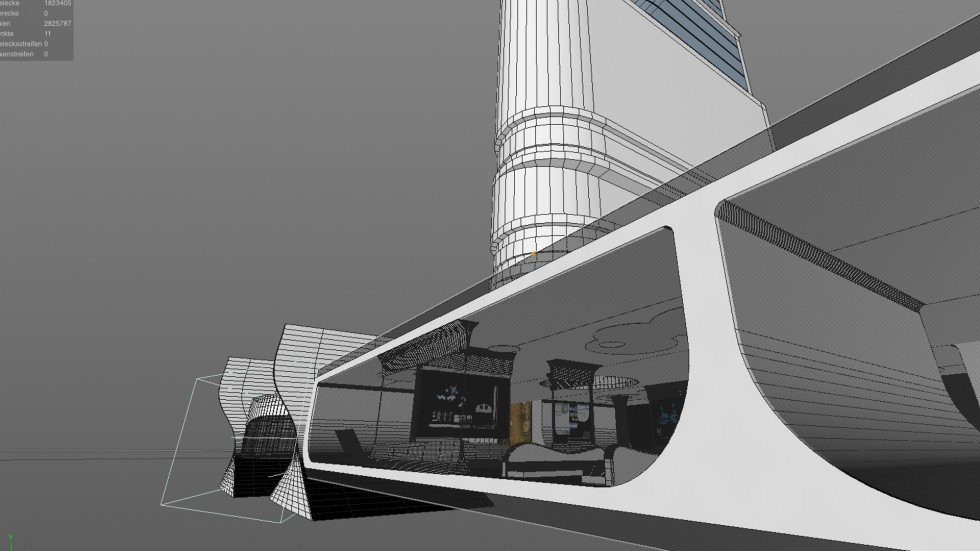 Production facts at a glance:

– Cinema 4D for the 3D asset and scene creation

– V-Ray Engine was used for beauty renders and channels – due to the fact, that the Spherical

Camera could render the images straight into a 360 degrees format

– By using Skybox Studio V2 we were able to check our footage during the post production. Skybox manages scenes with over 20 passes | 4k. Skybox´s great functionality and productivity saved us a lot of time during the production process

– with Skybox 360/VR Post Effects > Glow and > Denoise, we were able to created a really smooth look 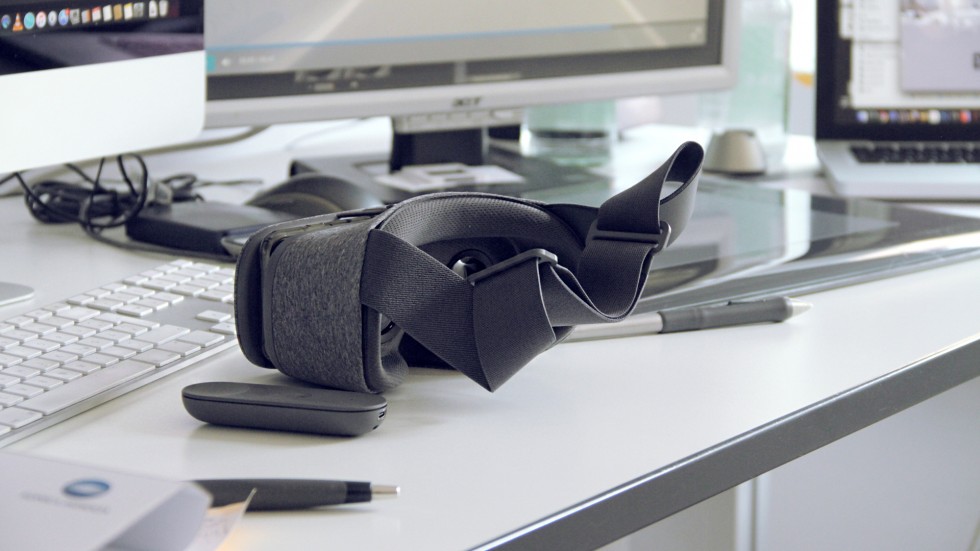 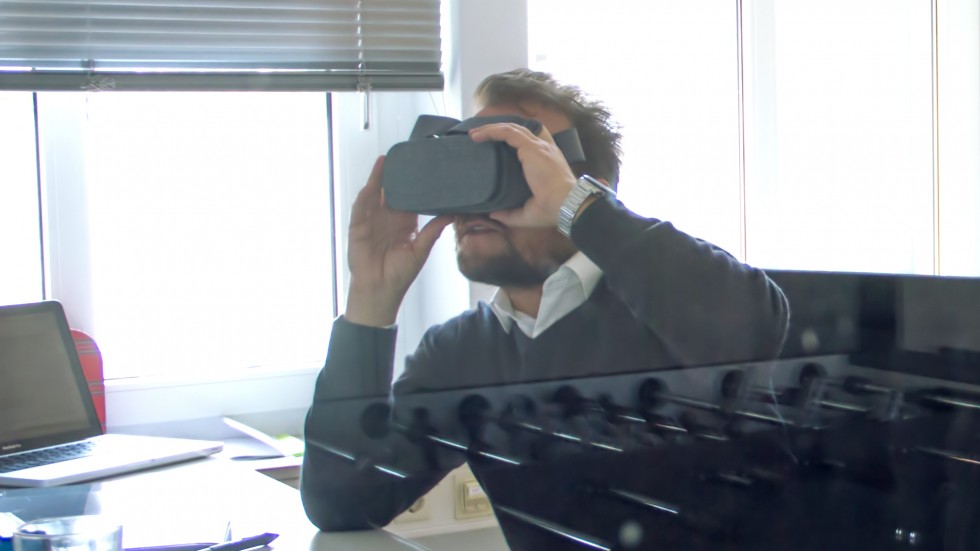 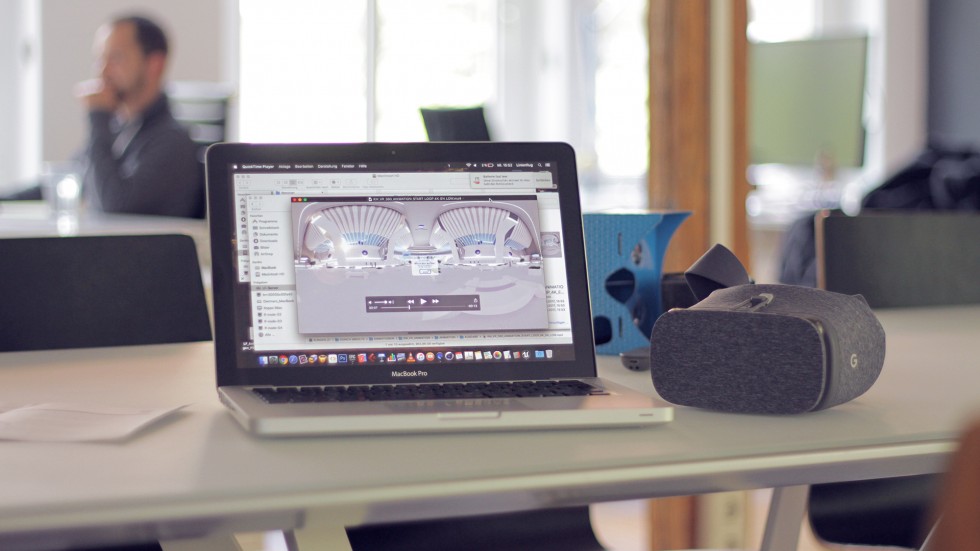 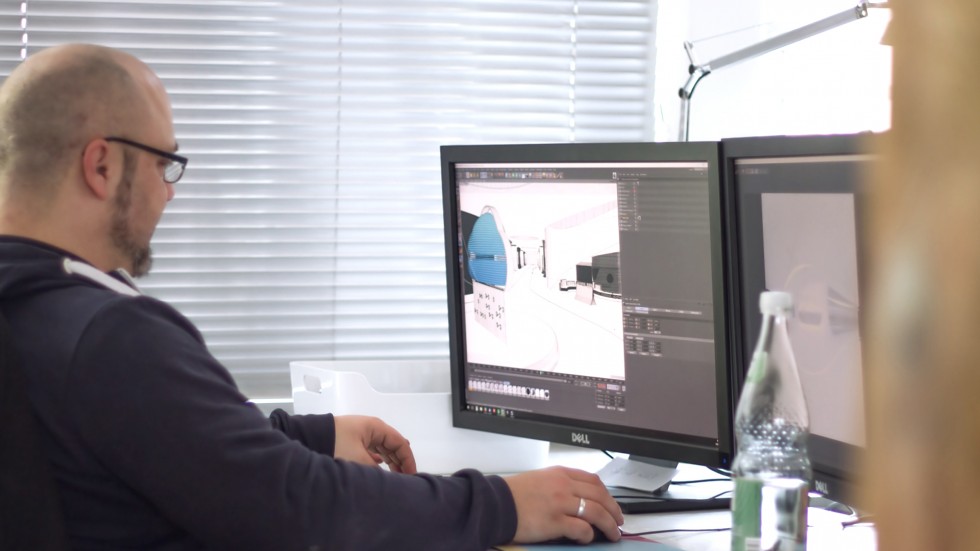