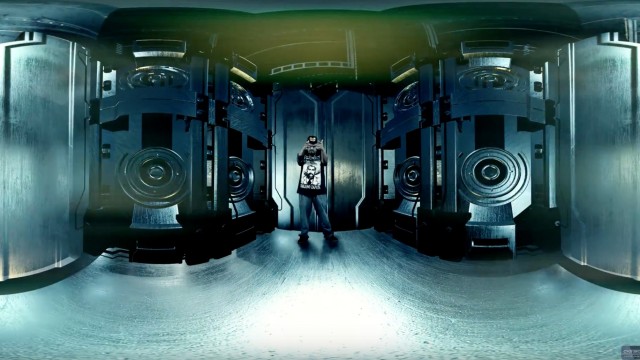 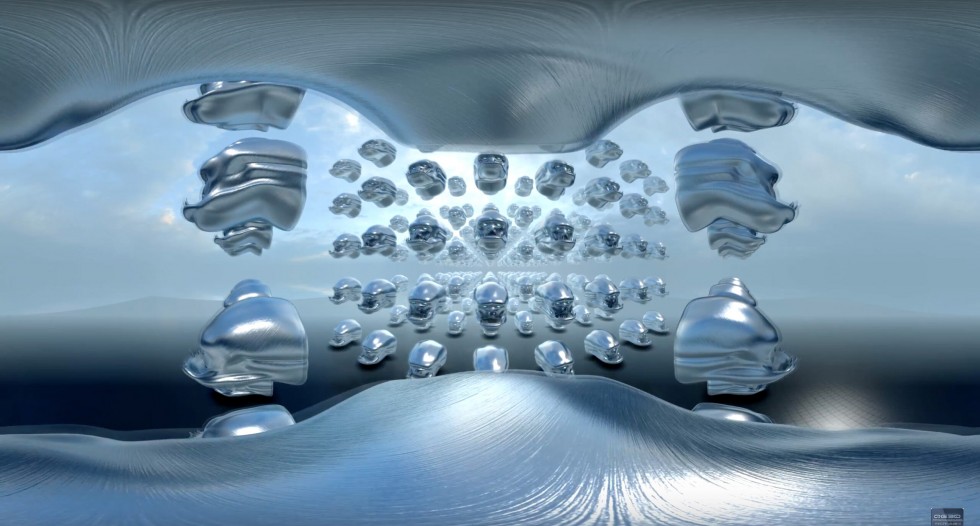 How did you come up with the concept for your video? Did you work closely with Nobre San?

The rapper (Nobre San) already knew my work, and I had total freedom in the process of creation and conceptualization of the video. The overall concept started with the idea of making a 360VR video clip after watching “Dreams of Dalí: 360º Video”, an interesting video, where a camera moves between Salvador Dali’s works. And some references and cinematographic influences like Mad Max (classics), The Book of Eli etc … In this context I inserted some architectural references my city, Goiânia-GO.

This looks like an incredible amount of work. What was the turnaround time on the project, from concept through rendered video?

It was in total 4 months of work. I took some time studying how the 360/VR system works. The render time was greatly reduced thanks to the use of Element 3d in AE along with Mettle. If it were a CPU render by 3D software, it would take thousands of hours to render. Which would leave the project unfeasible. 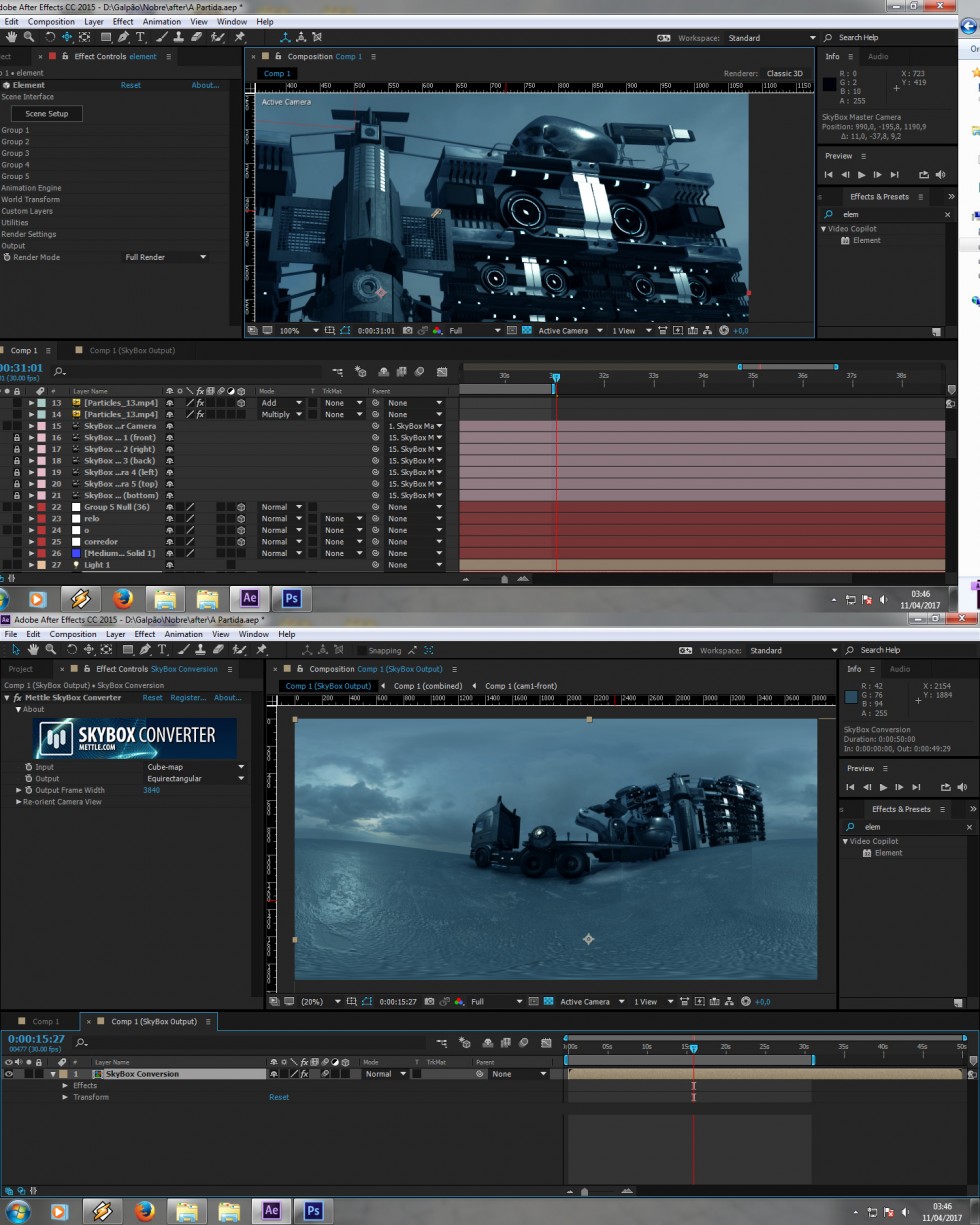 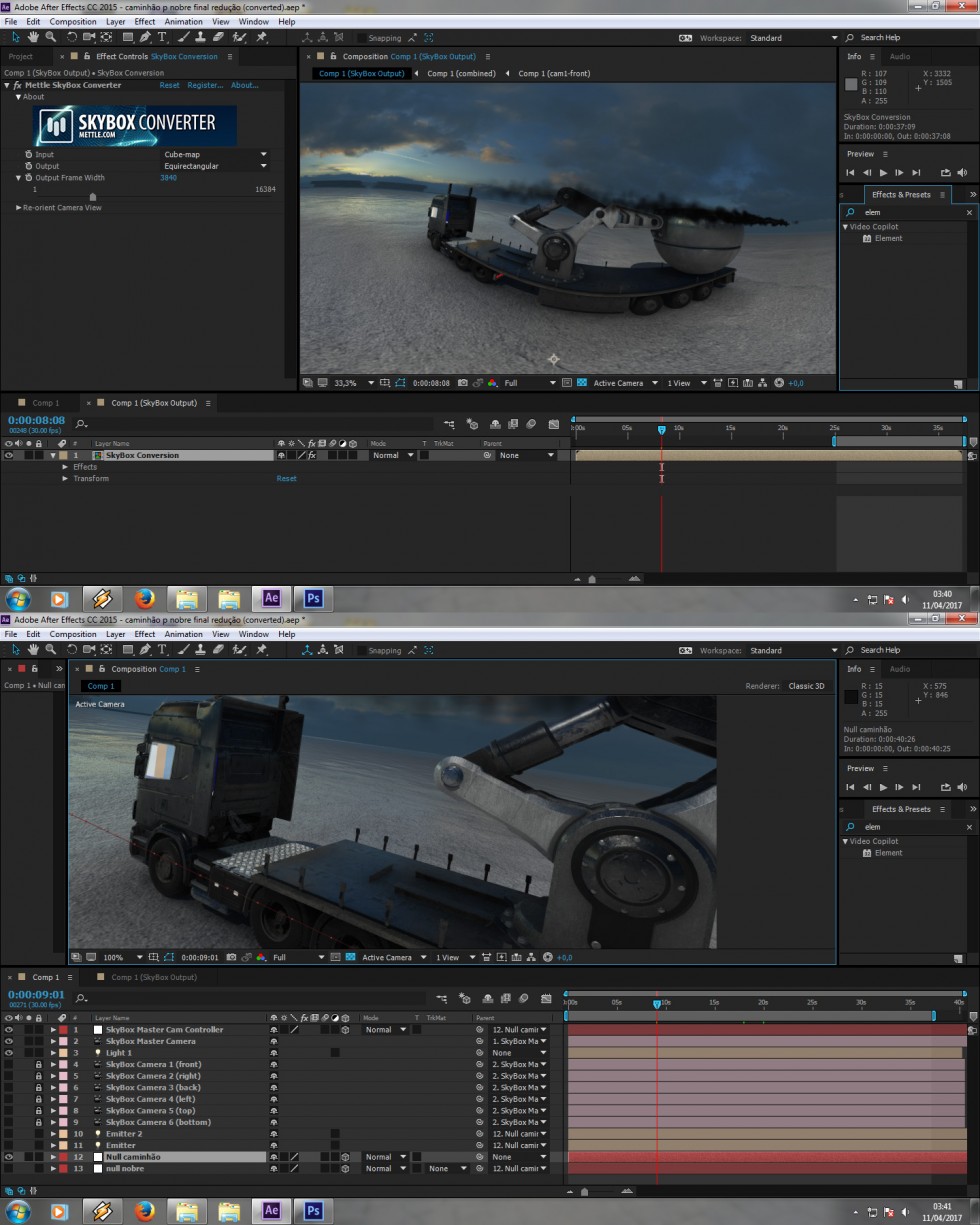 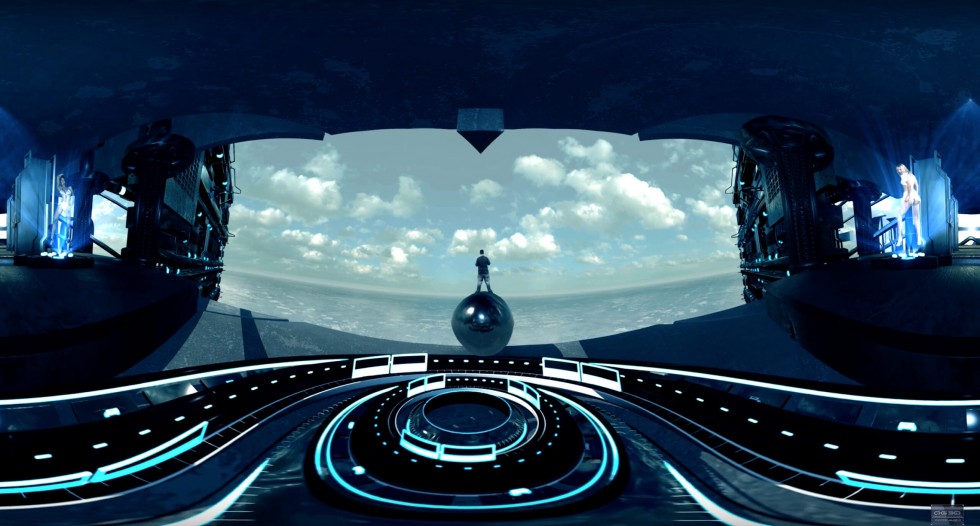 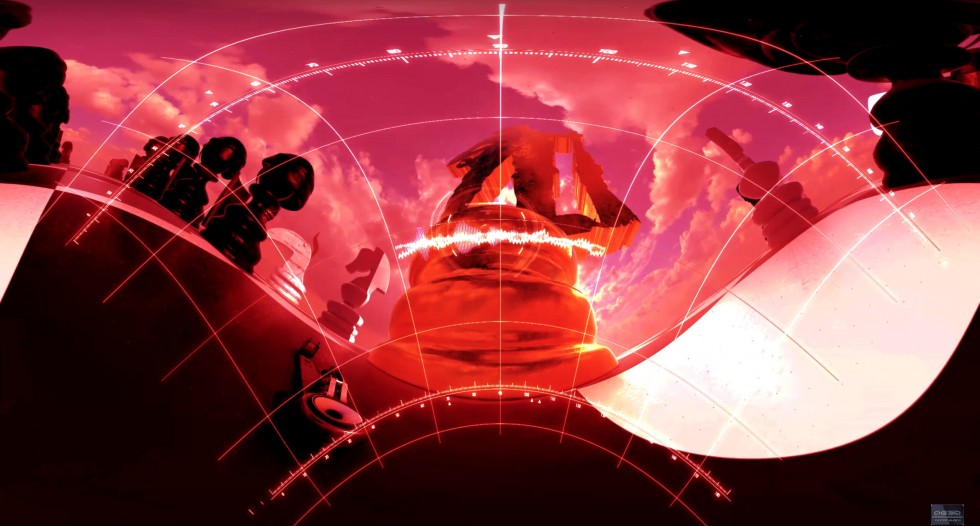 Tell us about your production pipeline. What software and hardware did you use?

3D modeling and structuring was done with 3ds Max. The files were exported in .obj, and imported into After Effects using 3D Element. The capture of the images of the rapper were made in studio “green screen” and cut through chroma key and composited in After Effects.

The hardware we used was an Intel i7 4790, 32ram and gtx 970. And an HP notebook with similar configuration.

How did you use the Mettle 360 plugins? How did they help the production workflow?

The Mettle 360 provided the whole basis for designing the 360. Working in parallel with AE

and Element 3d and Mettle, they were the tripod of the project. 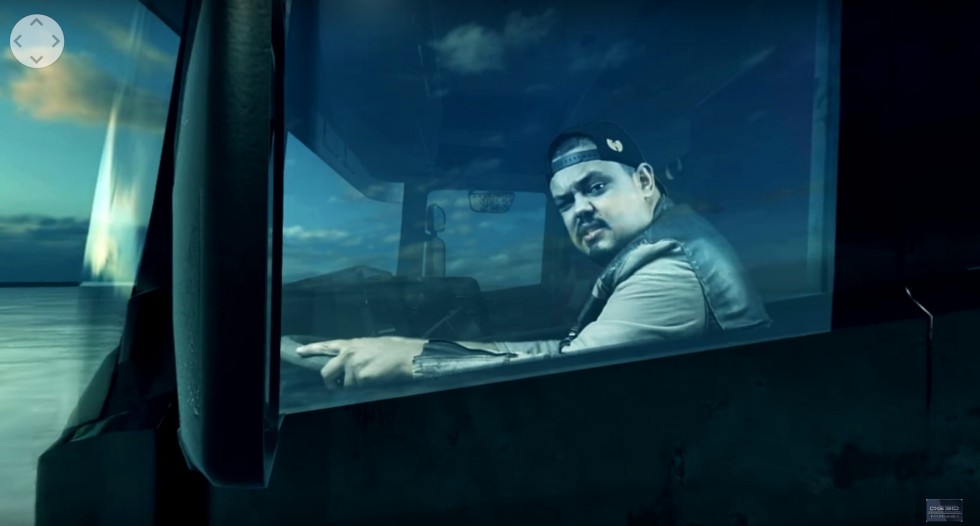 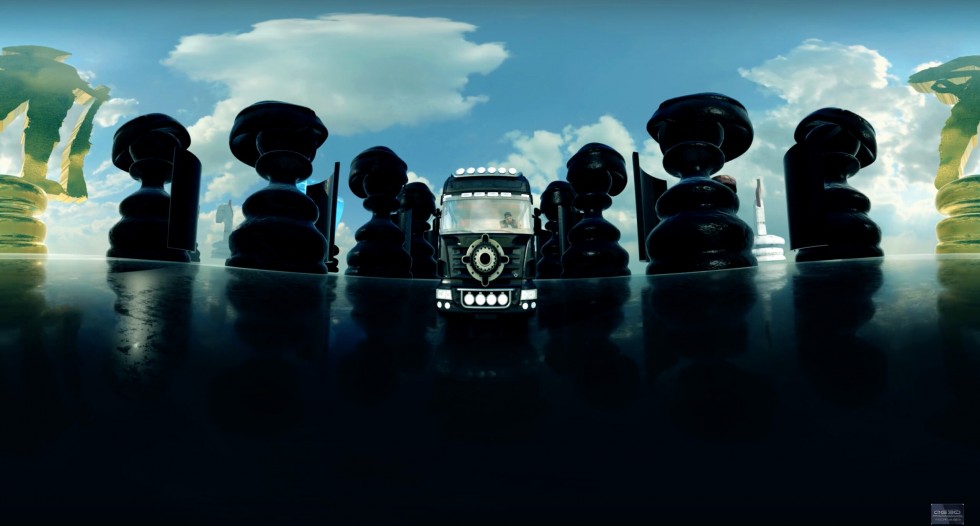 You’re located in Brazil. What’s the VR scene like there?

I see the VR scene in Brazil with optimism, I perceive an increasing interest of the public. The problem is still in the high cost of good Rift glasses. I believe that as the price of VR headset goes down, the scene will grow a lot. I hope so.

Tell us about your company. How did you get into 360/VR?

QG3D is a computer graphics studio. We mainly work with 2D and 3D content production, mainly for advertising, video mapping and music videos. 360/VR technology always enchanted me, when I saw those headsets in movies and on TV. The idea of producing 360/VR videos came to mind for this Nobre San video. The more powerful new hardware, new technologies and dedicated software like Mettle, working with Element 3D encouraged me to produce more and more 360 videos. 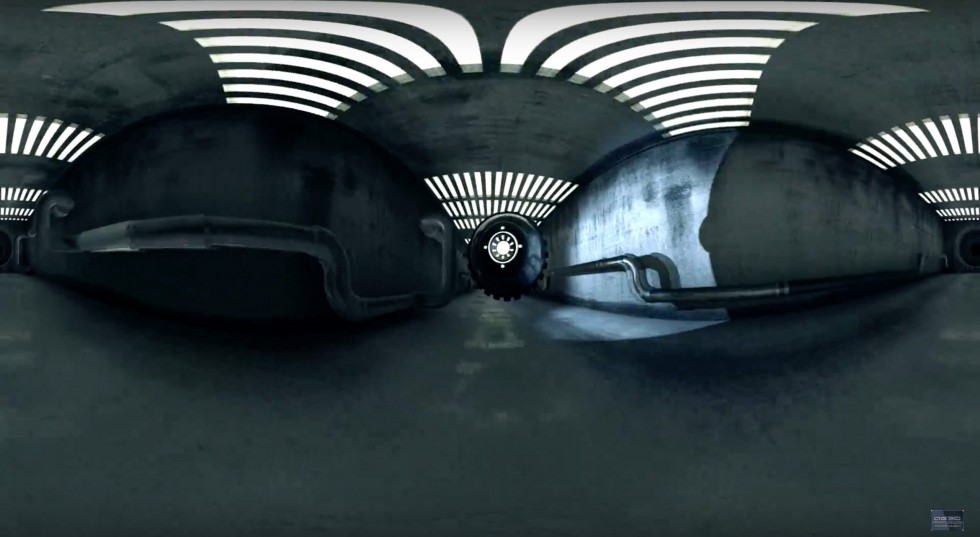 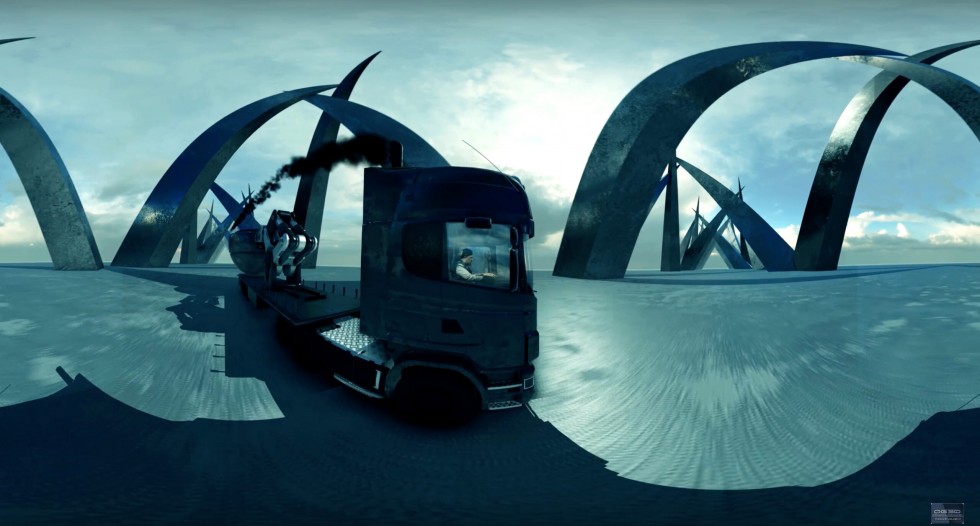 I’m sure many challenges had to be figured out. But was there anything that really surprised you during production?

A detail that made us re-record several scenes with the rapper was the fact that his tattoos (arm and leg) were green, and didn’t work with the chroma key. To solve the problem and avoid the problem, he wears pants all the time, and when he is not in a windbreaker he uses a cloth tied on his the right arm. A word of warning! 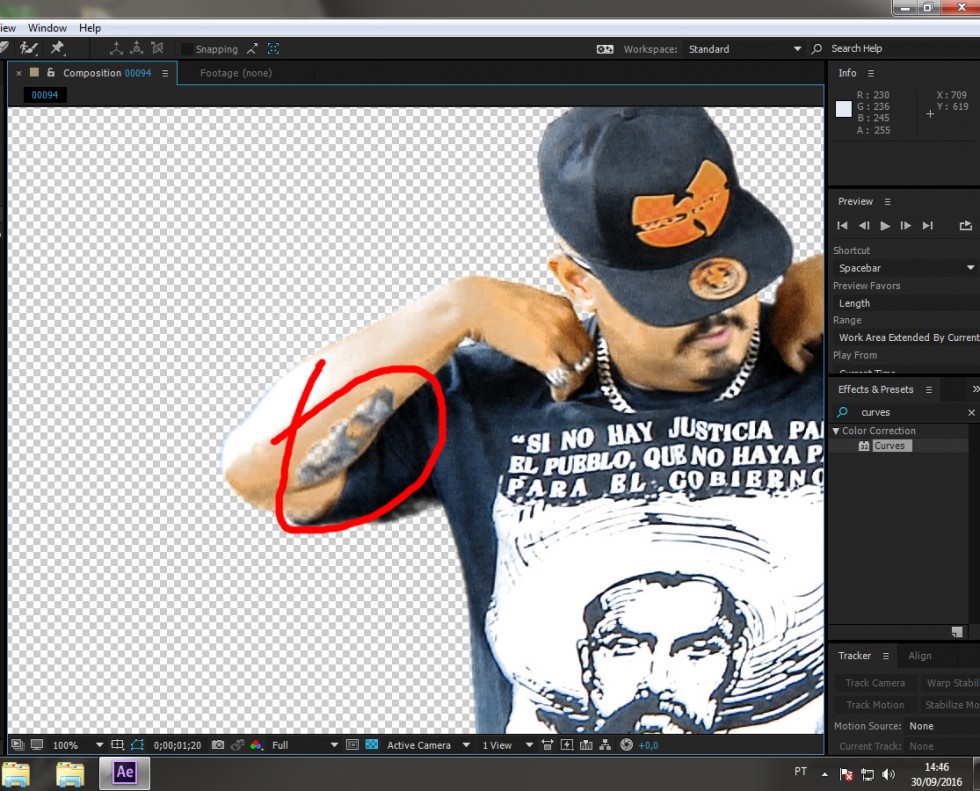 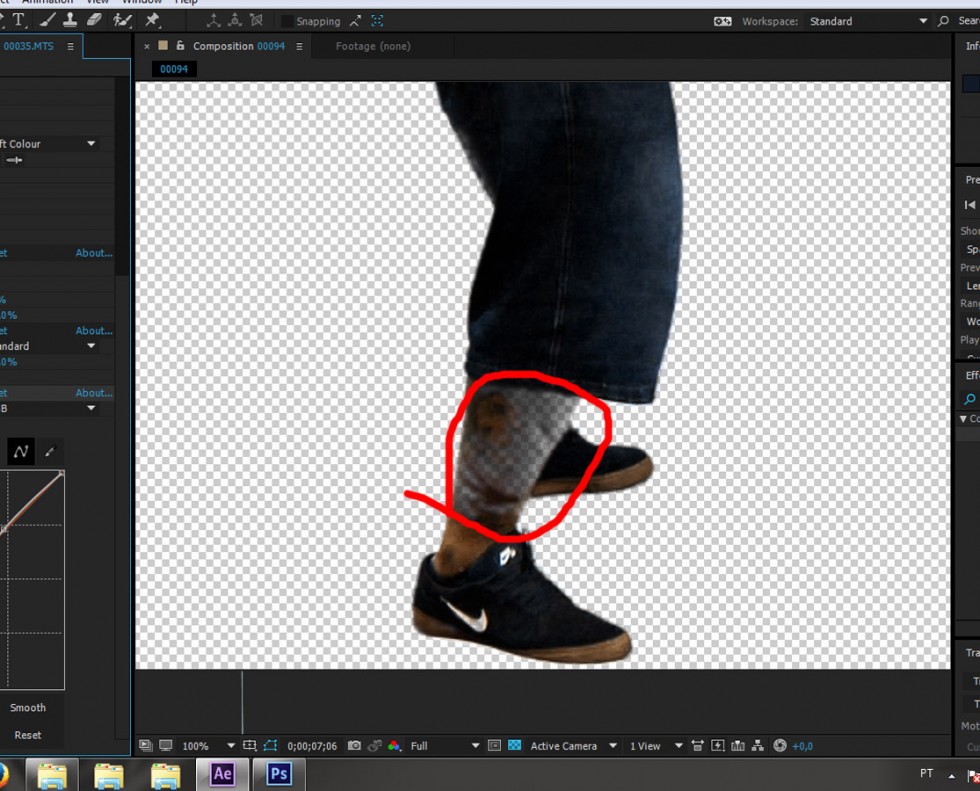