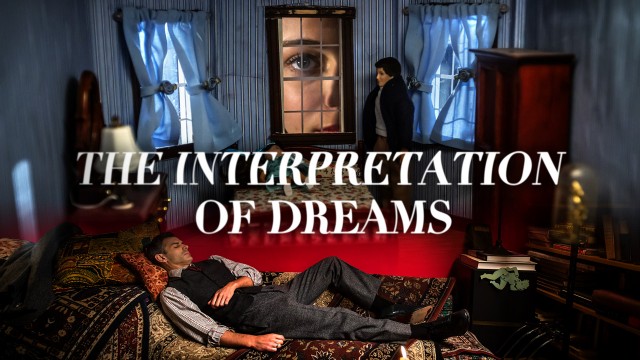 THE INTERPRETATION OF DREAMS is a four-part VR episodic series that immerses viewers in visually luxurious and psychologically complex dreamscapes based on Freud’s original case studies. The series is supported and distributed by Samsung VR as part of “VR Pilot Season,” a program to incubate complex, multi-episode, serialized narrative in virtual reality. Written and directed by Graham Sack, with technical direction and cinematography by John Fitzgerald and Matthew Niederhauser of Sensorium.

The first episode launched during the Tribeca Film Festival and the final episode premiered at the Vancouver Film Festival.

Sensorium worked in the Adobe ecosystem, working seamlessly between Premiere and After Effects with the Immersive tools and Mettle Mantra VR and FLUX.

The Adobe Immersive Video effects suite and Mettle plugins were invaluable for realizing the directorial vision for each of the four episodes of the “The Interpretation of Dreams” and rendering the virtual surreal.

by Graham Sack, Writer/Director, The Interpretation of Dreams

Much of my interest in virtual reality as an expressive and artistic medium has leaned in the direction of the surreal, the subjective, and the psychological, while always remaining grounded in profound human emotion. The first major project I wrote and directed for virtual reality (also a collaboration with Sensorium) was LINCOLN IN THE BARDO, an adaptation of George Saunders’ stunning work of historical fiction about President Lincoln. The film is set in a cemetery the night after Lincoln’s beloved son Willie has died and been interred, and depicts the poignant efforts of a living father and his dead son to maintain the bonds of their love across the chasm of death. The surreality in that piece arose from the supernatural elements, populating the world with dozens of pitious, ghostly apparitions rendered beautifully with VFX overlay. The piece was distributed by New York Times VR and shortlisted for an interactive Emmy Award.

LINCOLN IN THE BARDO, the first major project Graham Sack wrote and directed for virtual reality (also a collaboration with Sensorium).

After Lincoln, my interest in “virtual (sur)reality” continued, but instead of that surreality arising from the supernatural, I became interested in how virtual reality might engage with the language of dreams and the unconscious.

Traditional cinema has been engaged with the language of dreams for over a century. Federico Fellini famously called film “a dream we dream with our eyes open.” Filmmakers from Melies to Tarkovsky to Lynch to Nolan have used cinema to explore dreamscapes. This is true both in terms of the form of these films (what is sometimes called the “oneiric” quality of cinema, a kind of free-floating, disembodied experience, like drifting through a dream) and its content (films that are explicitly about dreams, dreaming, and the unconscious).

When I first encountered virtual reality, I thought that it was even more organic to the exploration of dreams than traditional cinema and that dreams, in turn, might provide a language for VR filmmaking. After all, we don’t dream within a frame. We dream immersively. VR is uniquely well-suited to the representation of dreams, providing a vast new vocabulary for the exploration and visualization of the unconscious, from the construction of surreal landscapes; to the distortion of time, space, perception, and physical law; to user interaction with objects that reveal layers of hidden meaning.

As I thought about material from which to draw inspiration for a virtual reality series about dreams, it only seemed right to go back to Western civilization’s most canonical source—Freud’s magnum opus, The Interpretation of Dreams. Published in 1899, it shocked the world and forever changed our understanding of dreams and the unconscious mind. Each episode reimagines one of Freud’s original case studies — “the Ratman”, “Dora”, “Anna O”, “Irma’s Injection” — as visually luxurious, psychologically complex, and emotionally haunting immersive VR dreamscapes.

Samsung’s VR Pilot Season was extremely generous in their grant-making support of the project—a big shout-out to our nurturing and supportive champions Anna Ticktin and Tania Staykova—but we were still working within finite means, particularly given the long run-time of our series, which amounted to roughly 45 minutes of scripted VR content. As such, we needed to find ways to creatively stretch the budget and put as much of the production funds on screen as possible. Fortunately, the recent improvements in the Immersive Video tools in the Adobe Creative Suite, in combination with Mettle’s Mantra and Flux plugins, allowed the technical directors at Sensorium to create high quality visual effects that supported the surreality of the world, while minimizing post-production cost.

We used the Adobe’s Immersive Tools + Mettle’s Mantra and FLUX in a number of crucial ways.

In “Episode 1: The Rat Man,” we made extensive use of Mantra’s Circular Waves in order to represent the title character’s dreams and delusions. The effect allowed users to experience visual distortions evocative of the Rat Man’s psychosis. It also proved extremely useful for the graceful handling of complex stitching on a long dolly shot that moves the viewer through the dreamscape. The piece opens and closes with a slow push-in on the patient’s father lying on his deathbed, surrounded, ethereally, by 600 lit candles (a gentle homage to Kubrick’s lighting in “Barry Lyndon”). This was an extremely difficult shot to stitch, even for Sensorium, due to the continuous motion of the field of view. Thankfully, the “surreality” of the series gave us carte blanche to exploit Mantra to solve key post-production hurdles. Instead of relying only on traditional stitching methods, we were able to use the Circular Waves effect to transition between completely different stitches within the dolly shot. The result was an elegant solution that created a sense of dreamlike transportation, while subtly pulling viewer focus away from the switch in stitching. 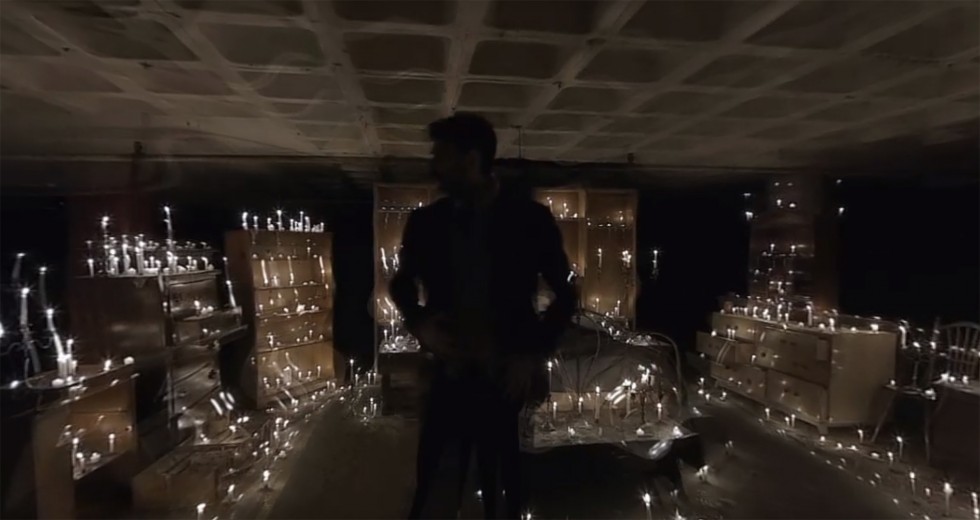 Episode 1: The Rat Man, Mantra VR effects were used to to create a dreamlike sense of transportation, and take the viewers focus off the complex stitching in the long dolly shot. 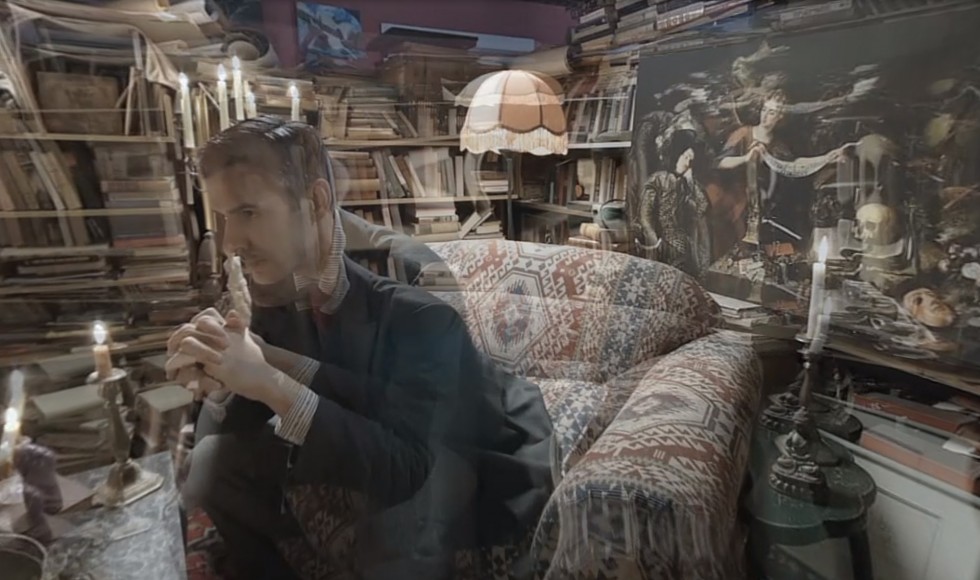 In keeping with the series’ thematic concern with repression and the unconscious, many episodes explored characters with psychosomatic symptoms, for which Adobe’s VR Blur effect proved extremely useful. For example, “Episode 2: Anna O” deals with the first patient in history to undergo psychoanalysis: a 21-year-old paralytic with a rich imagination, who suffered bouts of catatonia, epilepsy, visual hallucinations, and temporal distortions. We wanted the viewer to experience some of these effects along with Anna in order to make the narrative experiential, but we needed to be careful not to go too far and risk creating an uncomfortable viewing experience. The seamless VR Blur effect proved to be a terrific solution. As Anna begins to drift into catatonia, the viewer’s visual field blurs and, simultaneously, the voices of those around Anna sound as though as they are coming from the bottom of a well. The visual effect was subtle but highly effective and became one of my favorite moments in the series.

In “Episode 2: Anna O” we also used Mettle’s FLUX plugin to represent Anna’s hallucinatory inner life. The episode begins with a 30-second opening-credit sequence that depicts beautifully undulating solar flares. This hallucinatory effect simultaneously evokes both a scotoma—a visual distortion that commonly accompanies migraines and seizures—as well as the heat and light of the sun, introducing a dichotomy between sun and moon, day and night that develops over the course of the episode. The real Anna was often catatonic and unresponsive by day, but expressive and articulate by night. She spoke to her psychoanalyst about her inner life through improvised fairy tales inspired by the works of Hans Christian Anderson, notably “Picturebook without Pictures,” which follows the adventures of the moon as he observes the suffering of humans like Anna on the earth below. Later in the episode, we used the FLUX effect again to create a solar eclipse that introduces the central image of the moon and transitions the viewer into Anna’s fairy-tale-like inner world. 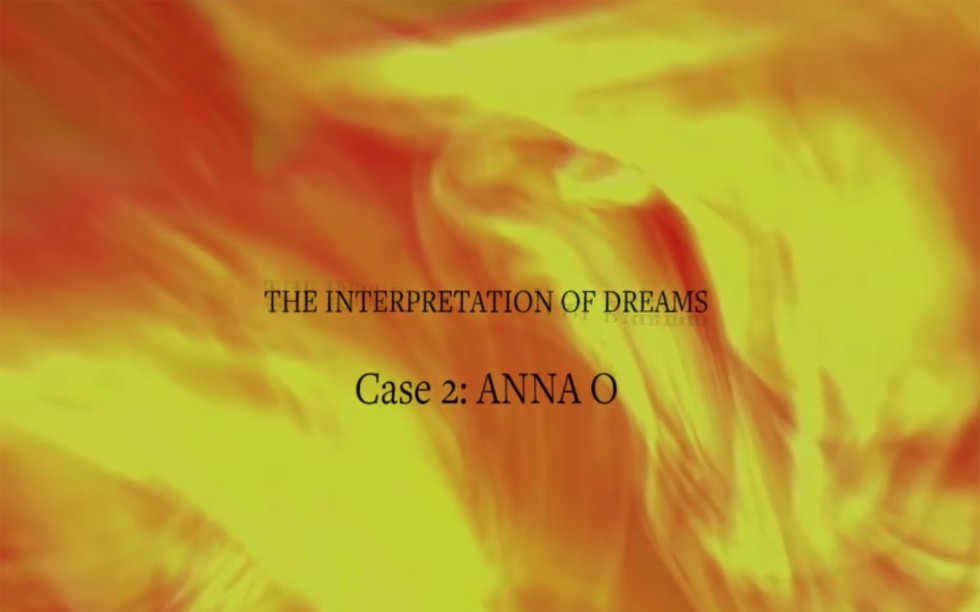 Lastly, Adobe’s Immersive Video transitions such as VR Light Rays and VR Gradient were central to our handling of scenic transitions across the four episodes. Scenic transitions are one of the hardest aspects of directing in 360. Hard cuts tend to be exceptionally jarring and disorienting and disperse the viewer’s focus. Instead, our approach in Dreams was to narrow and then re-expand the viewer’s field of view, often by pivoting off of one constant visual element that anchors the viewer even as we transition, cross-fade, or morph other parts of the scene. This creates a sense of seamlessness that also comports with the logic of dreams, in which symbolic or psychologically significant elements become pivots around which the entire world of the dream turns. In “Episode 3: Dora,” for example, we relied on recurrent imagery of a burning home, symbolic of the end of Dora’s childhood and sense of innocence, including several shots filmed from within the interior of burning dollhouse. Rather than traditional cuts or cross-fades, we used the VR Light Rays or VR Gradient Wipe transitions, which both drew the viewer’s eye to a fixed point of focus and comported with the episode’s overall aesthetic, grounded in flames and flashes. Adobe’s Immersive Video tools also made it extremely easy to integrate non-equirectangular footage of the burning doll house into the final scene. When combined with the Mettle plugins, Sensorium was able to build the edits of every episode directly within Adobe Premiere.

The Adobe Immersive Video effects suite and Mettle plugins were invaluable for realizing the directorial vision for each of the four episodes of the “The Interpretation of Dreams” and rendering the virtual surreal.