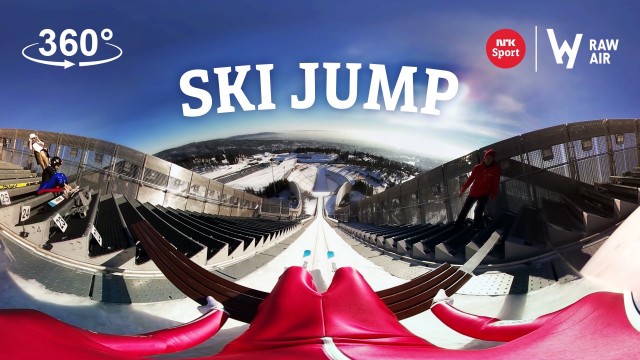 Ever wanted to know what it’s like to ski jump 140 meters into the air at 90 km per hour?  Now you can see with this amazing 360 video! NRK, (Norwegian Public Broadcasting Corporation), produced a 360 video that’s an introduction to ski jumping, featuring world champion Anders Jacobsen and world-class ski jumper Fredrik Bjerkeengen, as Anders explains the skill involved in ski jumping.

They integrated realtime and slow motion in the same clip. They also produced some pretty hilarious videos of people trying out the experience with HMD’s. 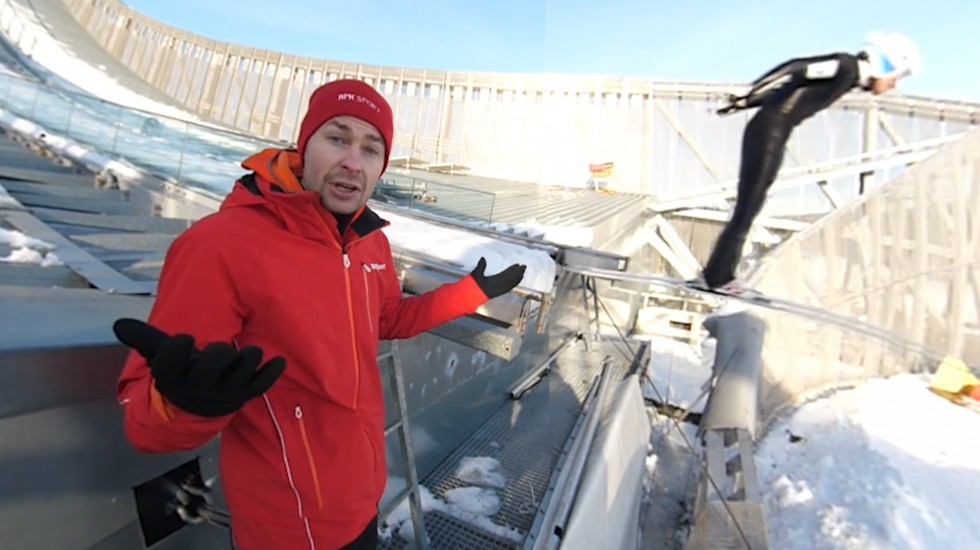 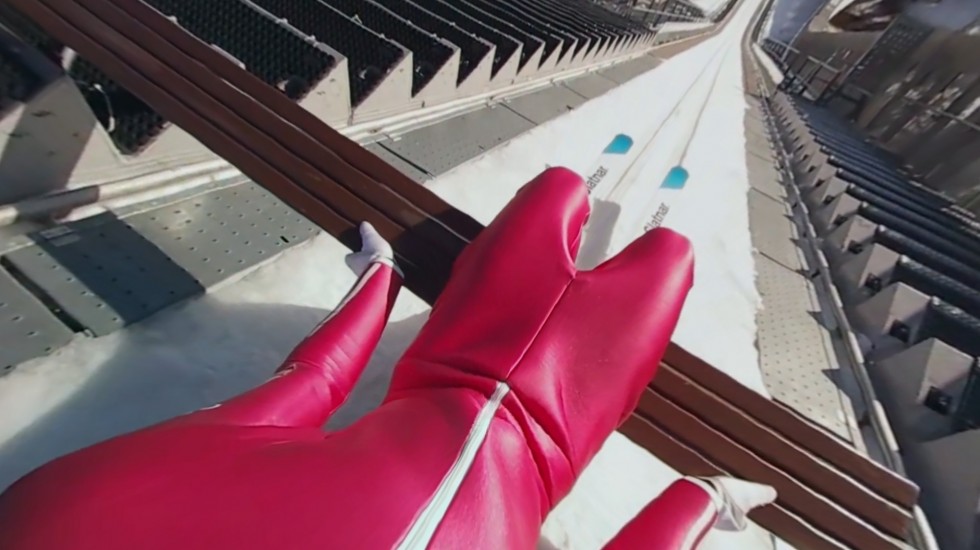 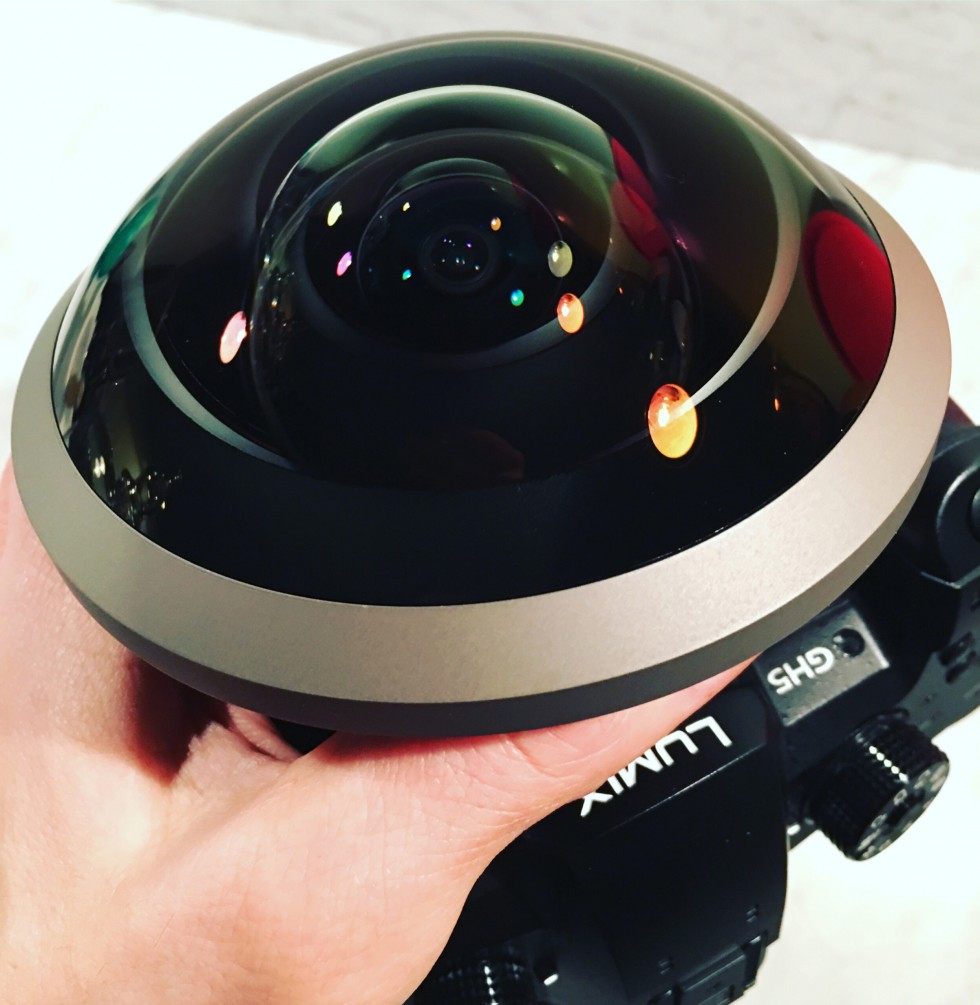 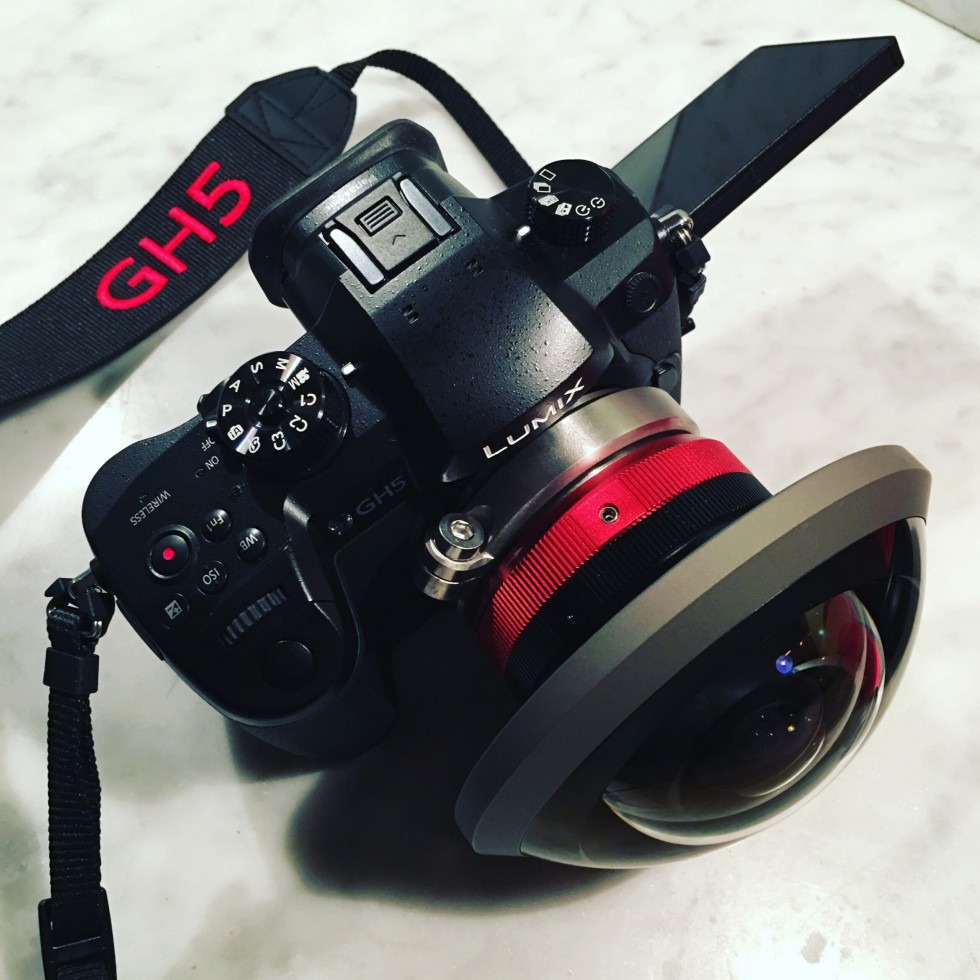 To pull off the slow motion and normal speed effect, Svend used the new Panasonic GH5 and the unique 250-degree Entaniya lens for Micro Four Thirds.

To record the front of the scene, Svend mounted a  GH5 to a tripod and made two recordings: one at 30 fps with Anders explaining the ski jump, and the other at 180 fps with Fredrik executing the jump.  Svend then turned the tripod head around to take a shot for the back of the scene, taking care not to tilt the camera.  He then took a shot straight up, removed the tripod and took a still image straight down.  The five videos were then stitched and composited with Autopano.

The other technical challenge for the video was capturing the ski jumper’s perspective. They initially tried to create a rig with four GoPro cameras for high resolution but had trouble getting a good stitch. 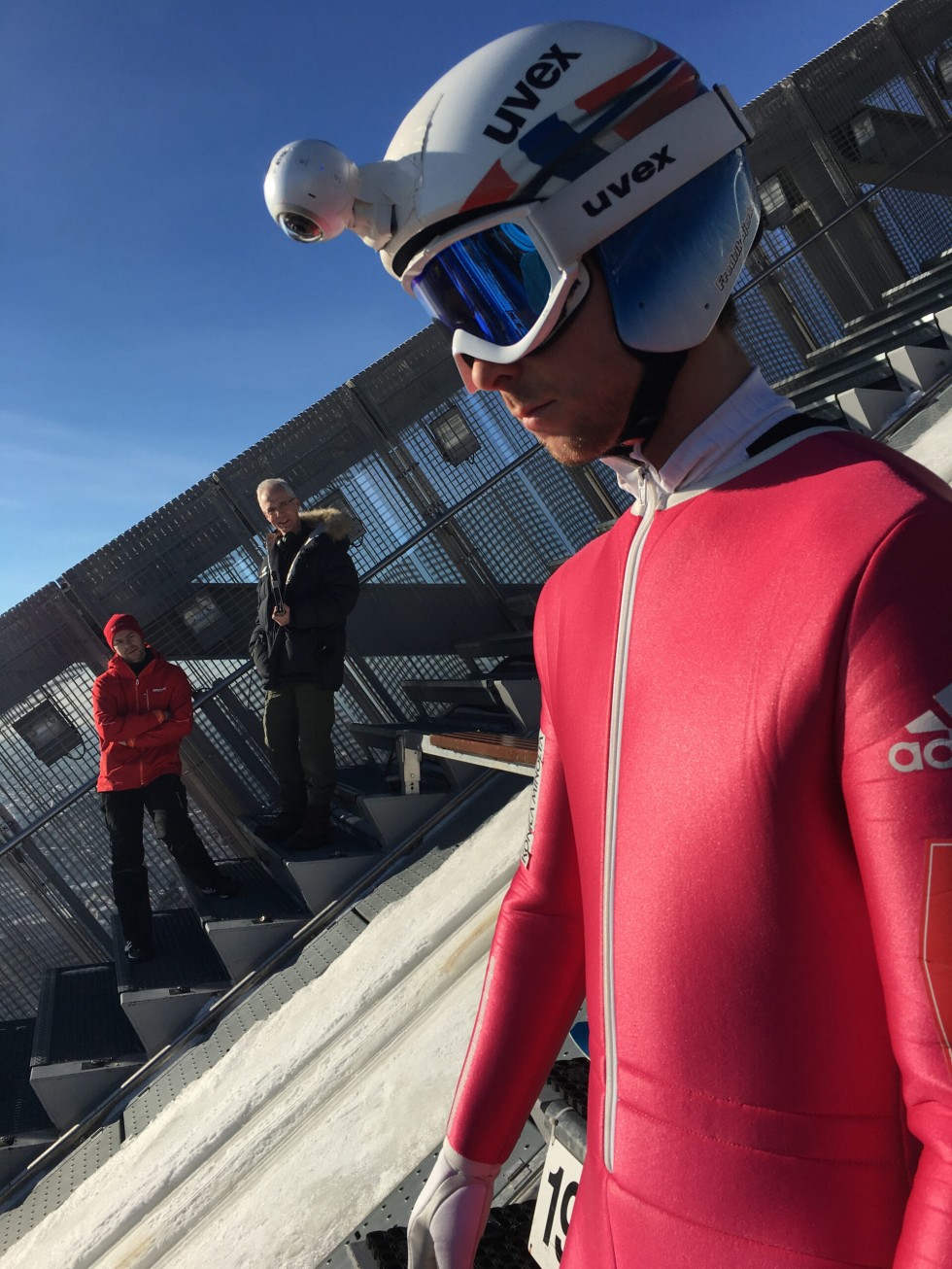 Svend then tried the Samsung Gear 360.  The detail would not be as high, but it would stitch more smoothly as well as make it easier for the ski jumper to jump.  One concern was temperature.  Svend had experienced the Gear 360 overheating several times.  This would be the opposite problem of freezing temperatures.  To test the Gear 360’s temperature tolerance, Svend made test recordings in a freezer at -18 degrees Celsius. to be sure about Samsung camera could handle the temperature, and it withstood the freeze test.   The team decided to use the Gear 360, and ayou can see from the video, the Gear 360 did pretty well. 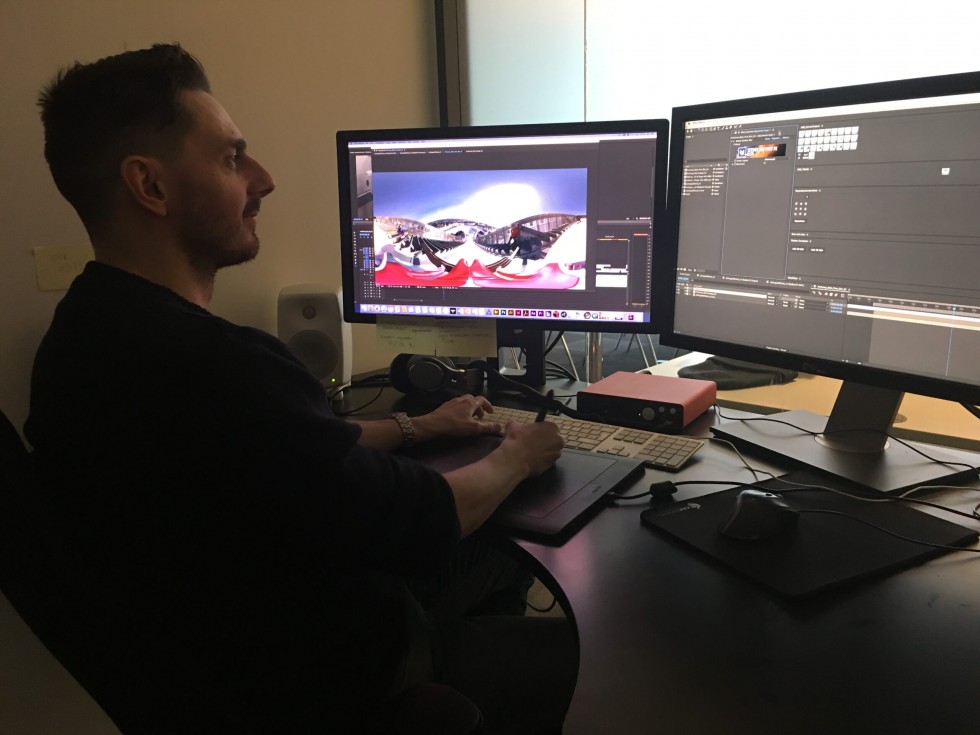 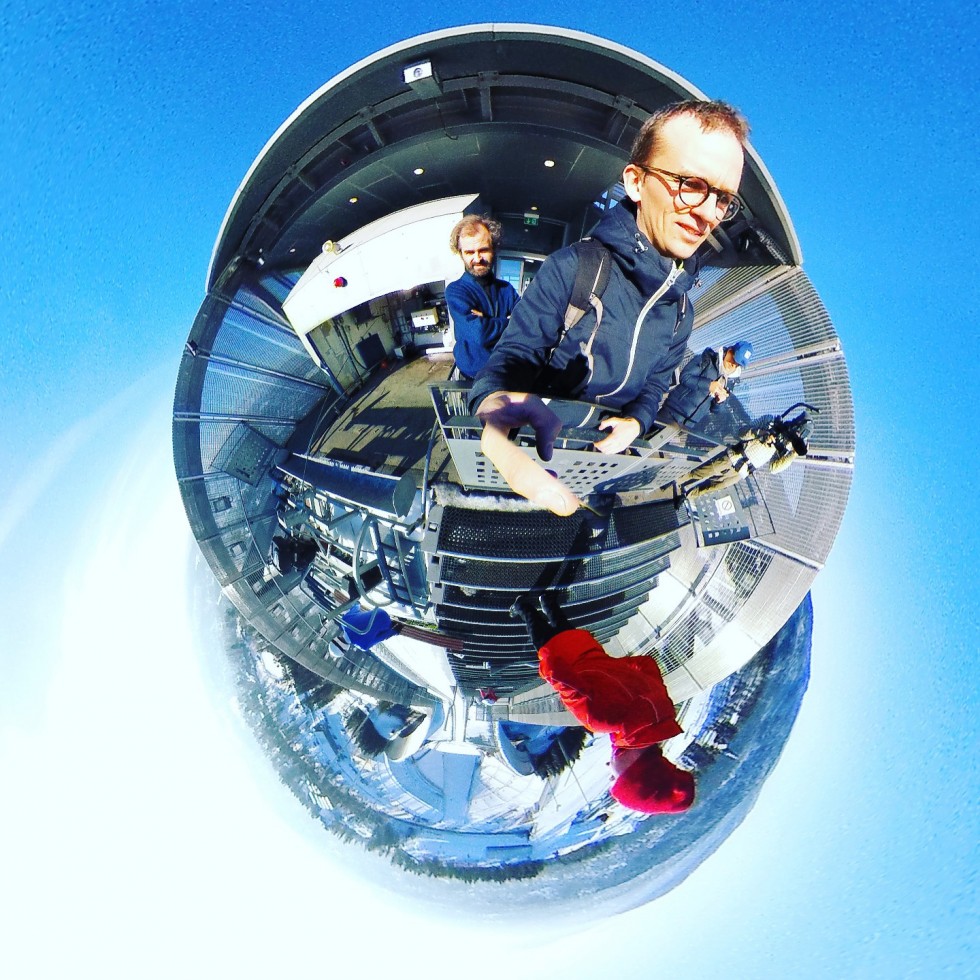 NRK (an abbreviation of the Norwegian: Norsk rikskringkasting AS, generally expressed in English as the Norwegian Broadcasting Corporation) is the Norwegian government-owned radio and television public broadcasting company, and the largest media organisation in Norway. NRK broadcasts three national TV channels and three national radio channels on DVB-T, cable, satellite, IPTV, FM and DAB. It also runs several digital radio stations. All NRK radio stations can be heard on the website, NRK.no, which also offers an extensive TV service. NRK is a founding member of the European Broadcasting Union.