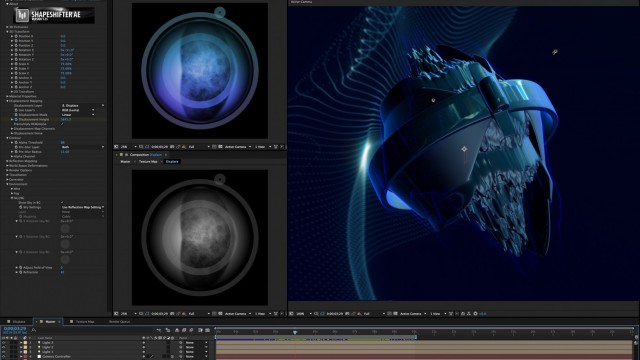 Truly awesome After Effects process video that shows a 3D sequence being built, start to finish, using ShapeShifter AE. 30 minutes time remapped down to 3 minutes. We get a peek at the work process of none other than Chris Bobotis, the brain behind the mettle plugins.

How he does it: He creates a displacement map in Ae to create and sculpt his 3D shape. He then duplicates the ShapeShifter AE layer and switches Render Modes from “Full Render” to the new “Xray Render” Mode found in version 1.75, and changes the blending mode from “Normal” to “Add”. Chris also uses the 3D Transparency and Fresnel features. The final finish you see is the result of this combination of render finishes, blending modes and effects. We think this showcases the power of 3D Compositing very well. You can achieve unique looks quite easily.

The environment you see is made with the new “SKY/BG” feature in the “Environment” section of ShapeShifter. This is new to version 1.75 of  ShapeShifter AE & FreeForm Pro. The background image was made in Ae with Trapcode Form and Horizon. This image was processed with “Mettle SkyBox” (a new product we have in the works) to create a perfectly seamless 360 environment.  SkyBox environment simulates a unified 3D space in After Effects. In other words, it makes the scene look like Trapcode Form and Horizon co-exist in the same 3D space as ShapeShifter AE. SkyBox works with all 3D plug-ins.

Created by designers for designers, mettle plug-ins are made to put more creative tools in the hands of designers. 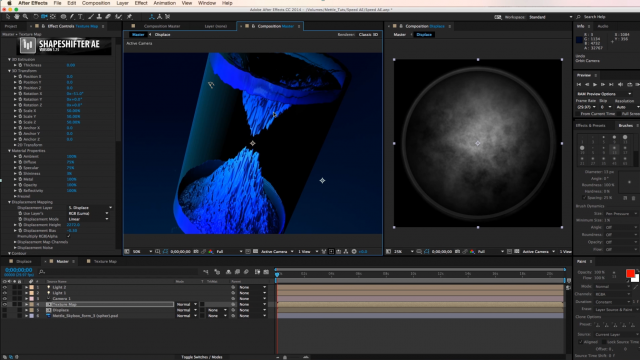 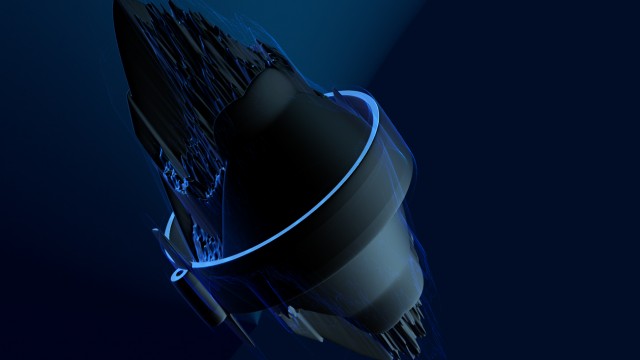