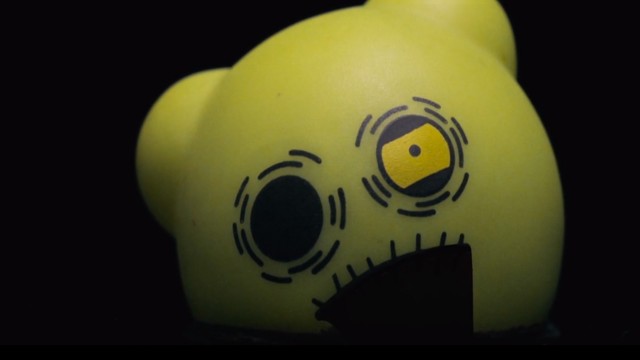 Some people look at old toys and see… old toys. Jens Henkel looked at an old toy figurine and saw inspiration for “Funkey”, a wonderful stop-motion animation that would take 4 months to complete. It almost didn’t come to be, because after all the stop-motion was shot, work came to a technical stand-still. Until Jens found FreeForm Pro.

The story in Jens’ own words:

I found the Funkeys quite a while back. They are just little plastic figurines about 8cm tall. Found one at a friends house. They are for some computer game, you plug them in for a new character or something like that. Thought it would make for an great animation, as the characters are all very creative and a little sinister. The toys had been discontinued, but I managed to find a whole lot on Ebay. Second hand, but turned out nicely as they came with scratches and imperfections.

I set up a little shooting cave in my house with lights and got shooting. 3 Days and 6000 photos later, I had all my shots. It was great fun shooting it all. I ran all the sequences through Twixtor to smooth them out. This worked with some, others I had to individually pick out the photos that were lagging or rushing.

Now, the animating. It took me a while to figure it all out. All the moving parts of the characters, I had to recreate in after effects and then keyframe into place. I sat for days trying to figure this all out. Almost plugged the whole thing to be honest. The curves of the faces (which I realised weren’t perfectly round), the body contours. With a combination of a sphere effect and FreeForm Pro I was able to get them into place and with textures and displacement maps, I think I got them looking a bit more real. It all moved relatively quickly once I got into the groove. Without FreeForm Pro, I would have been toast.

I shot it all using a Canon 7D with a Canon 50mm Macro Lens. The tracks were done using Hot Wheels toy cars with the body removed. The wheels are super smooth. Lighting was setup with 3 LED torches behind some wax paper, hanging from a fan. Super sophisticated.”

How FreeForm Pro was used:

FreeForm Pro was used in After Effects to wrap all of the animations onto figures. Various animations were created as pre-comps then FreeForm Pro was used to shape them and have them fit properly to the bodies and heads of the figures. Mettle products integrate so well into the After Effects 3D system that once the camera tracking was done they matched the bodies perfectly.