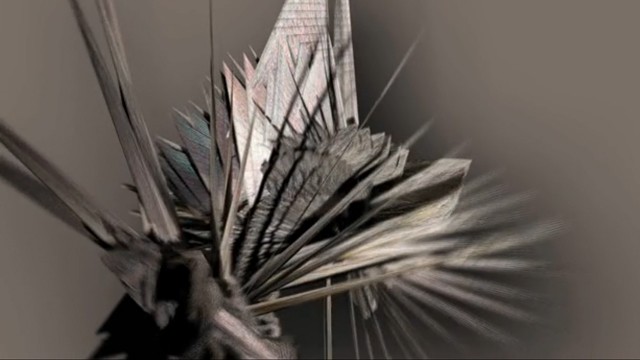 World-reknowned video artist Jean Piché likes the creative freedom he gets from creating in After Effects. His latest sequence, FreeBirds, was made with Mettle’s FreeForm Pro.
“Freefrom Pro was an unexpected treasure trove. The ability to manipulate arbitrary forms and objects in a complete 3D environment within After Effects yielded astonishing imagery quickly and predictably.”

Jean Piché is a professor at the Faculty of Music at the Université de Montréal, where he teaches composition, music technology and video. He is the principal developer of Cecilia, an open source application for composing music, which was developed between 1995-1998 and is used by thousands of composers worldwide. He started using computers to create music in 1971, when he was a student at the Université Laval in Quebec City. He continued his studies at Simon Fraser University in Vancouver, Stanford University in California, and the Institute for Sonology in Holland. In the 80s, Jean helped produce some popular artists, including Loverboy and Bryan Adams, when he worked closely with ace producer Bruce Fairbairn. He designed the music software for the “One Laptop per Child/100$ computer” project, founded by Nicholas Negroponte, and directed by the Medialab at MIT. He has worked at the Canada Council for the Arts, where he developed key new music programs. He is also represented in the National Gallery of Canada with video artist Tom Sherman. He has won numerous awards for commissioned works shown in festivals and galleries world-wide.