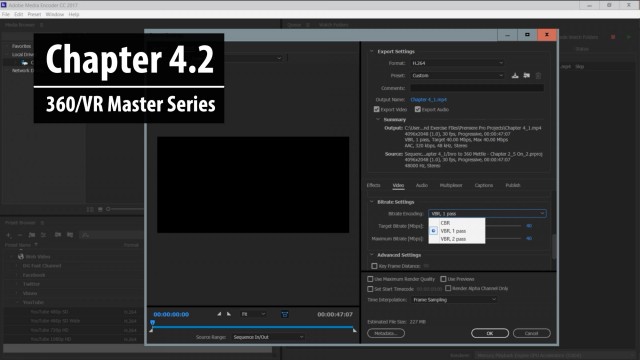 Chapter 4.2: In this tutorial, we go through the Adobe Media Encoder and learn what parameters to select to create a custom preset for 360/VR output. You will learn which Bitrate to select, and how to include 360 Metadata.