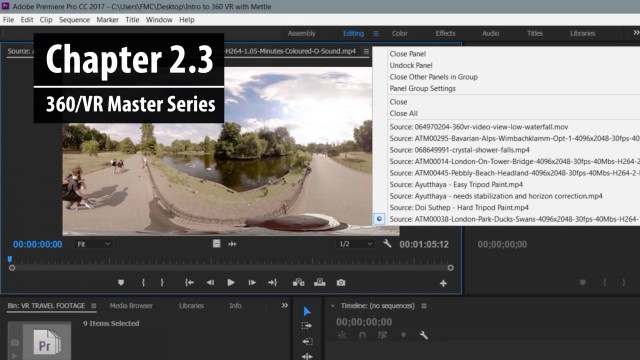 In this tutorial, were going to add multiple clips to the Source Monitor add a button to allow us to view our 360 footage on a sphere and make some edit decisions on our clips.

Chapter 2.3: Adding, viewing and editing 360 clips in the Source Monitor