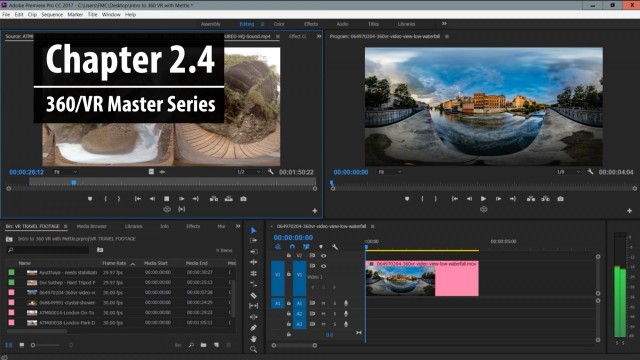 In this tutorial, we’re going to start and assemble a 360/VR sequence with our equirectangular clips selects.