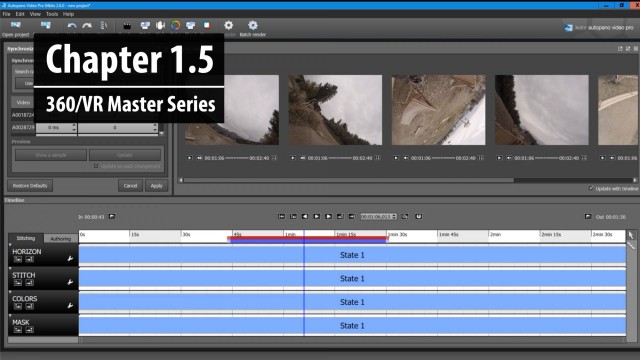 Chapter 1.5: The importance and meaning of “Stitching” | 360/VR Master Series

Chapter 1.5: In order to capture 360 video, multiple cameras are involved. These cameras then need to be synched and stitched before editing. In this video, we’ll go through GoPro’s Kolor software and stitch together some footage from the Go Pro Omni. Hosted by Nick Harauz.

Chapter 1.5: The importance and meaning of “Stitching”