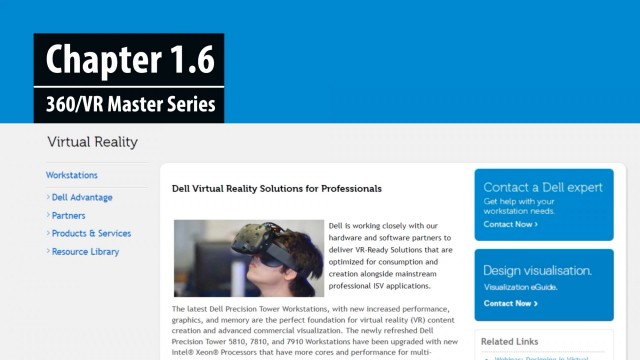 Chapter 1.6: In order to edit 360 video, you need some computer power to help make the experience an efficient one. In this video, we take a look at some of the specifications required for working with 360.