Now 360 content creators can connect their HTC Vive to Adobe with Mettle SkyBox VR Player. Quba Michalski QubaVR has figured out how to make the HTC Vive work with SkyBox VR Player using Revive, a proof-of-concept compatibility layer between the Oculus SDK and OpenVR that manages to re-direct the communications between the app and Oculus Rift into SteamVR and Vive.

SkyBox VR Player is a free plugin that connects Oculus Rift, and now HTC Vive, to Adobe Premiere Pro and After Effects. This allows Adobe 360 content creators to preview their 360 content as they edit. It is designed to work with mettle 360/VR production tools SkyBox Studio (After Effects) and SkyBox 360/VR Tools (Premiere Pro).

The following is a reprint of QubaVR BLOG posting.

In January this year I reviewed Mettle’s SkyBox VR Player, heralding it as a must-have for anyone interested in authoring VR in Adobe software . It was an essential tool during the production of  The Pull  and I couldn’t imagine using After Effects without it.

Things changed when I got my HTC Vive

To avoid bogging down my system with two VR headsets hooked up at all time, I had to make a choice – Oculus DK2 went back to its box and Vive remained hooked up as my daily VR driver. Everything would be great if not for the fact SkyBox was designed for use with Oculus and Mettle had no official timeline on updating it with HTC Vive support.

For a while I was forced to revert to a much less efficient way of doing things: Animate eyeballing everything, render out, preview in a player, go back and fix/refine…

You might have heard of Revive as it has stirred quite a bit of media attention with its recent back-and-forth with Oculus’ DRM. In essence, Revive is a proof-of-concept compatibility layer between the Oculus SDK and OpenVR that manages to re-direct the communications between the app and Oculus Rift into SteamVR and Vive. It was originally designed to allow Oculus-exclusive titles to work on other headsets, but as I discovered – works with SkyBox VR as well! 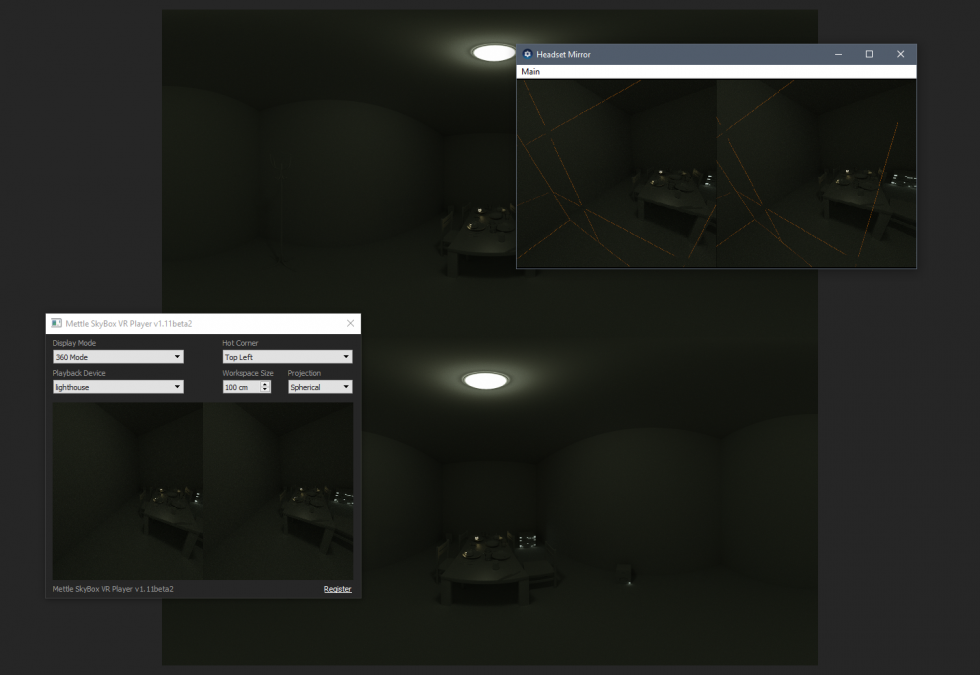 After Effects and SkyBox running inside HTC Vive. You can easily turn chaperone off.

Here’s how you get it to work: 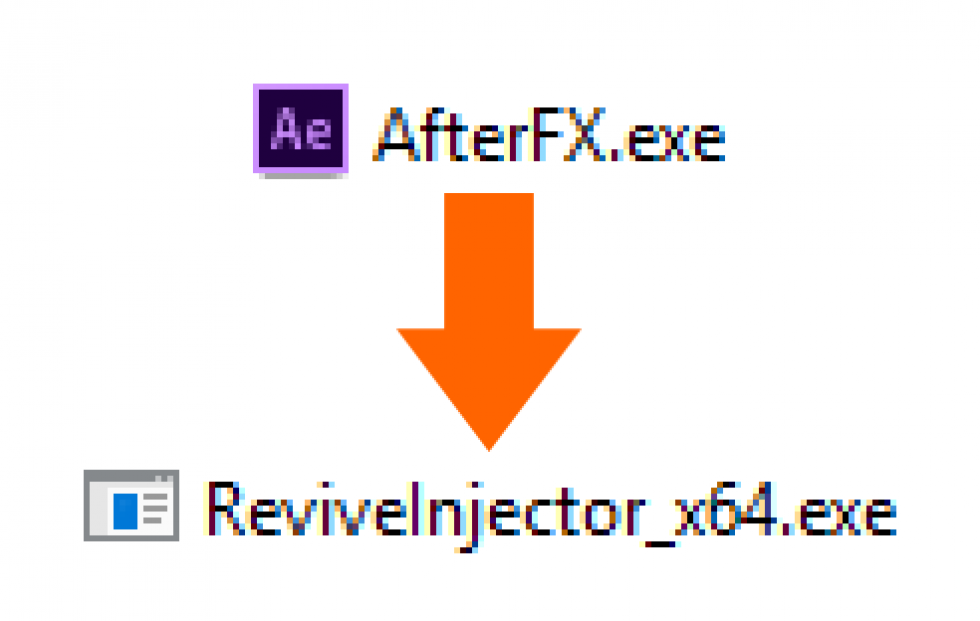 After Effects and SkyBox running inside HTC Vive. You can easily turn chaperone off.

And that’s it, really

As soon as After Effects launches and initializes SkyBox VR Player, you should see lighthouse as a Playback Device option. Turn it on and you’re done – your Vive now emulates Rift and allows you to preview your VR content from within Adobe software.

Now, I am pretty sure there is some kind of elegant way of creating a shortcut or batch file that automates the process of launching AE and removes the need to drag and drop icons around, but I’ll leave it to others to investigate. Personally, I am just happy I got my favorite plugin to work again – on my favorite HMD no less.

Big thanks to CrossVR for helping me figure this out… and for creating Revive! To get Premiere and SpeedGrade to work with Vive, follow the same steps, changing the working directory and .exe file to their respective ones.