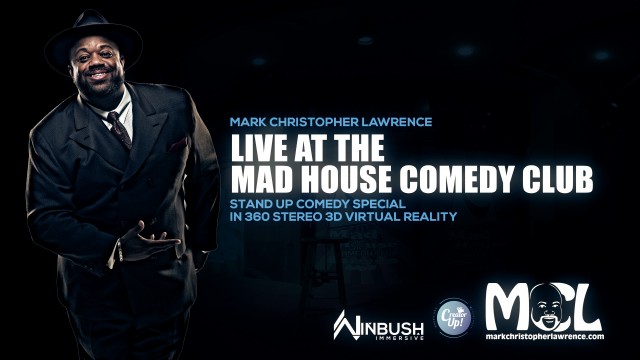 We’re proud to present the first 360/VR stand-up comedy routine, from renowned American actor, voice actor and comic, Mark Christopher Lawrence. Hugh Hou (CreatorUp) and Jonathan Winbush (Winbush Design & Animation) joined forces for the Stereoscopic 8K production. We go behind the scenes to find out details about the project from Mark, Hugh and Jonathan. We’re honored that Mantra VR was used in Premiere Pro for the Virtual Dolly feature, allowing camera movement to be added in post-production. And of course the Mettle SkyBox tools, now integrated into Adobe CC 2018 and 2019 were part of the editing and motion graphics tools. Jonathan also created the CG using Cinema 4D, for a seamless production pipeline between live action 8K 360°, and stereo CG.

Mettle: Hello Mark. You’ve worn so many hats. Character actor, voice over actor, and stand-up comedian! What brought you into the world of comedy?

Mark: I am not drawn to comedy. Comedy let’s you think you chose it but comedy chooses you. It’s like a woman that a guy is courting, she lets you think you’re chasing her but she’s actually reeling you in. Before you know it, you are hooked!

For me the most appealing thing about doing a 360 comedy special is I believe we are the first to do it. However, I feel like the opportunity to give people who have never been to a comedy club to experience the energy that exists is huge, because it doesn’t really translate to watching a set on TV. Hopefully that will help grow a larger appreciation for the craft and foster a larger live comedy audience.

What was it liked being filmed in 360?

I loved being filmed in 360. But the job is not different from being on stage, because we actually shot the 360 in a live comedy club.

Hugh Hou created a clever “BOOM” graphic, as a punch transition between scenes.

Mettle: Hi Hugh! You’ve got so much experience shooting/editing Stereo 360° video, through the company you co-founded, CreatorUp. Tell us, what was it like shooting this stand-up experience in 3D 360°?

Hugh: Sure. For the capturing side, we are not able to bring a physical slider in a very crowed live venue. That’s why we opt-in moving our camera in post production. With the help of Mantra VR plugin inside Adobe Premiere Pro CC – we are able to recreate dynamic camera movement on our intro time lapse capture to move a more interesting scene – drawing the viewer’s attention into the stage for Mark’s actual performance.

With the GPU accelerated render from Mantra VR, we can quickly see what the effects do, and address speed and movement distance to create the movement match the physical space without looking faked or CG. 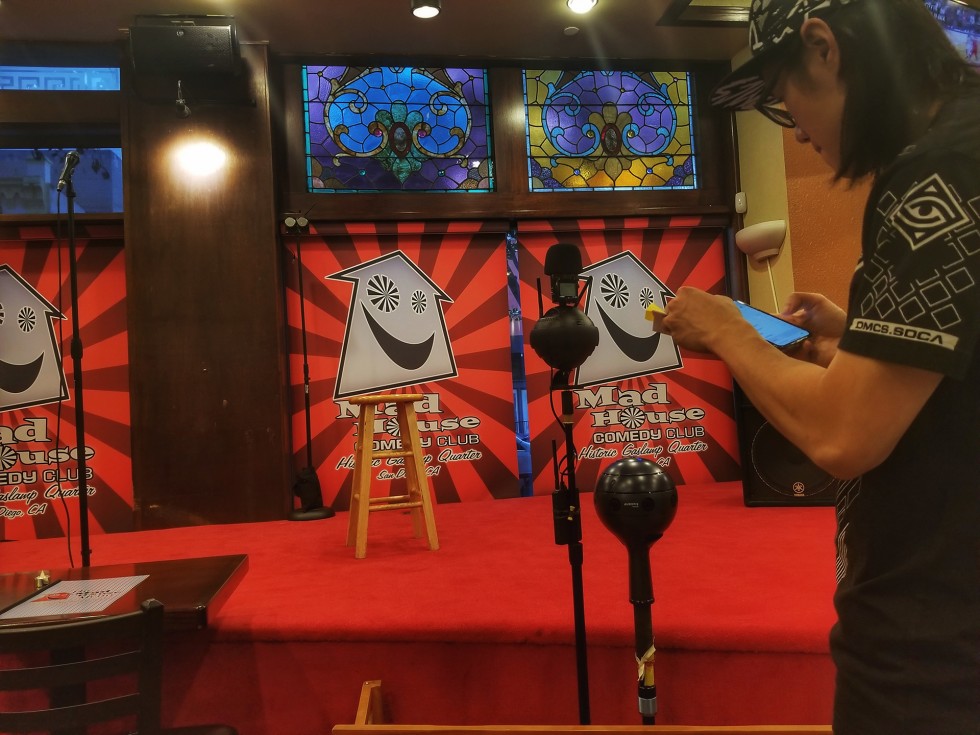 Hugh Hou setting up the camera. 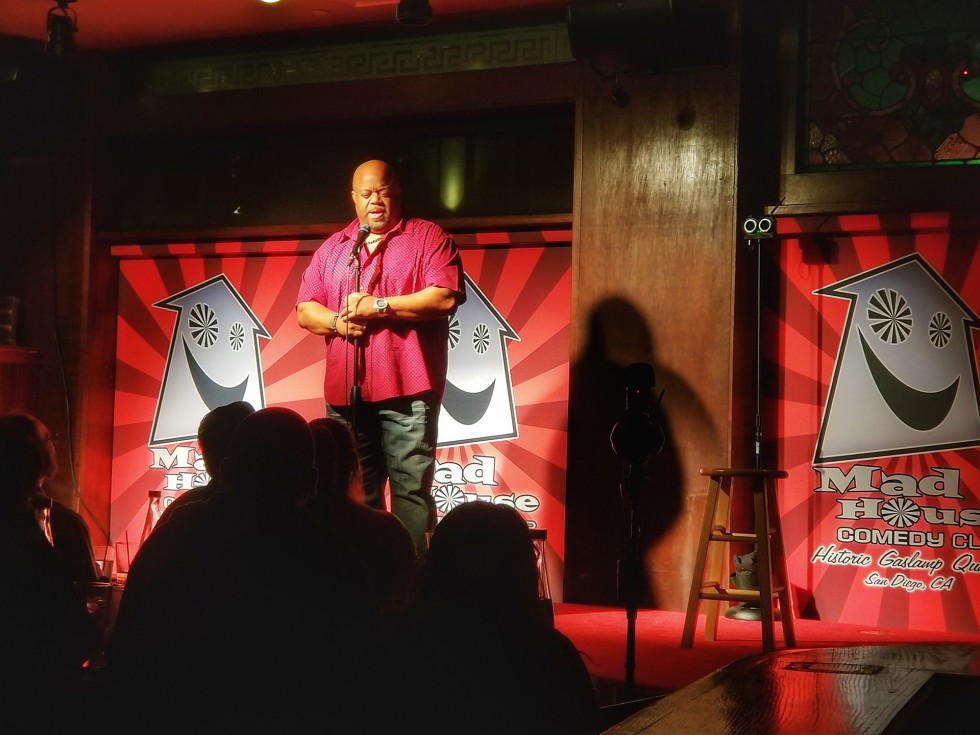 Mettle: Hey Jonathan. How did you decide on the flow of the concept, combining CG with live action 360°?

Jonathan: For the introduction I wanted to make a completely CG night club, that would play while the person was putting on the headset. So they could watch something while they are getting situated. During this time the V.O. is telling you “Welcome”, and you see a VR headset with Mark’s logo on it pop up. I use this CG element as a transition device to bring you into the live footage. Creating this scene was pretty straight forward. I built the environment in Cinema 4D and rendered with Redshift. All the materials are from the Quixel Megascans library. You can easily use the standard render in Cinema 4D to render 360 now, but I like to use Redshift because of the speed and flexibility. Once I render my scene out, I bring it into After Effects to do polishing, using the Immersive tools.

We shot the comedy special on both a 360 camera and 180 camera. We used the 180 camera behind Mark to capture reaction shots from the audience. Since this footage is 180 and not 360 I had to come up with a way to fill in the black areas, since this is a 360 film. To do this, I created a combination of feathered mask and the VR color gradient tool in the Immersive pallete to create my bed in, while we could overlay logos. So that when we switched to the 180 shots, there was still something to look at, if you happened to look around. After that was created, I then brought in our images use VR Plane to Sphere to allow me to properly place the logos around in 360 space and not be distorted. All the tools I used allowed me to perfectly fit everything in a stereo 3D workspace, even though I was using 2D elements.

So cool! You make it sound easy, but we know there’s a lot of post-production know-how in play. Thanks so much for sharing with us! 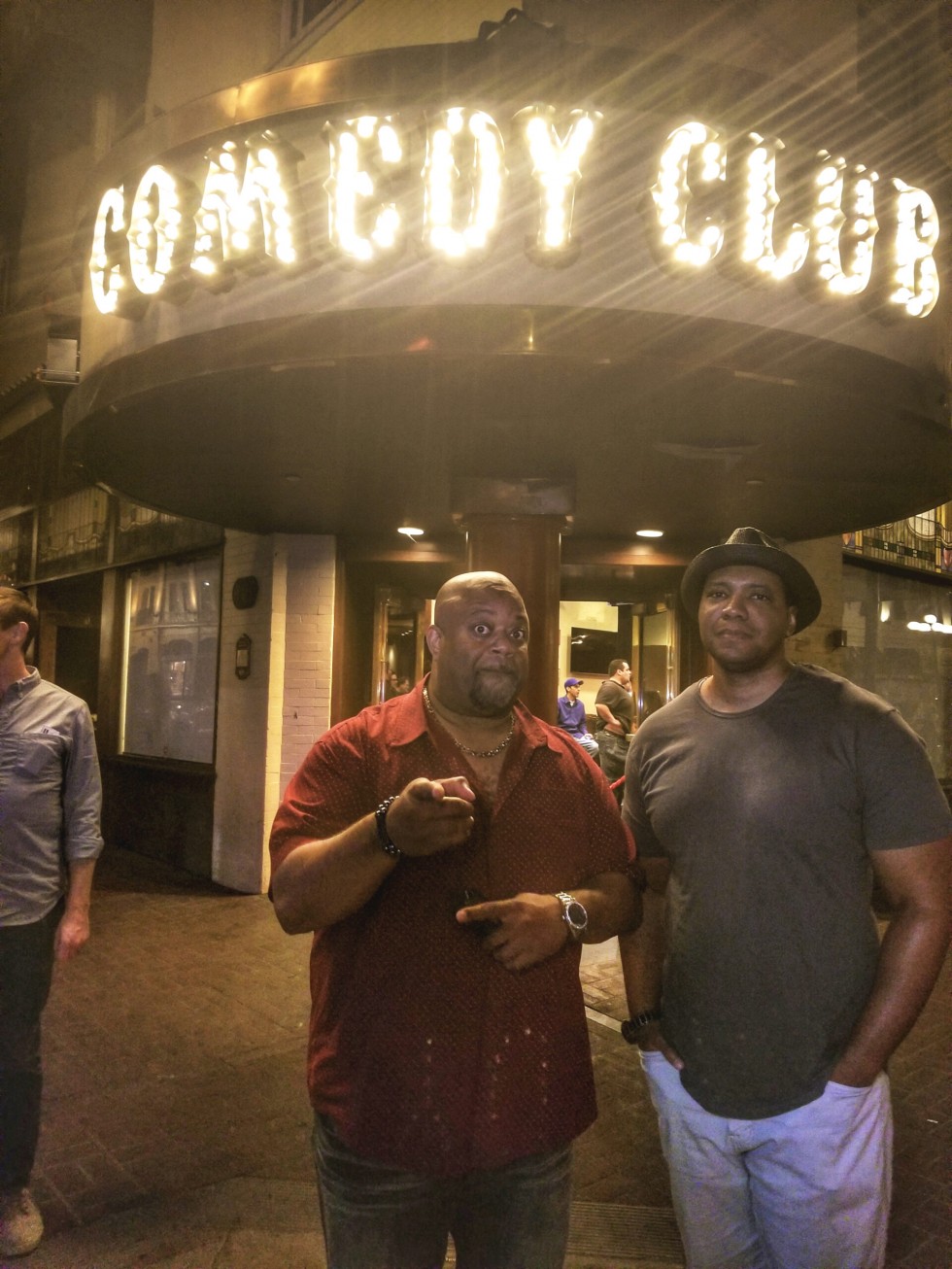 Mark Christopher Lawrence is an American character actor, stand-up comedian and voice-over artist. He is known for his role as esoteric D.J., Tone Def, in the 1994 satirical rap mockumentary, Fear of a Black Hat. He has co-starred in popular films such as Terminator 2: Judgment Day, Tales From the Hood, Planet of the Apes, Lost Treasure and The Pursuit of Happyness.

Lawrence is best known for his role as Big Mike on the NBC series Chuck. He has made guest appearances on many television programs, most notably Heroes, My Name Is Earl, Crossing Jordan, Dharma & Greg, Malcolm in the Middle, Touched by an Angel, Malcolm & Eddie, Men Behaving Badly, Seinfeld, Murphy Brown, Good Luck Charlie and Martin. He is also featured on the Radio Series Adventures in Odyssey as “Ed Washington”.[1] 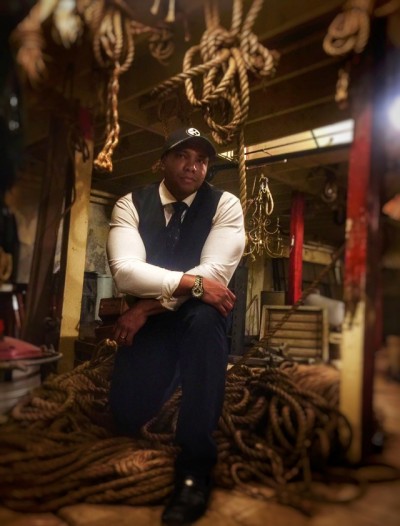 Jonathan Winbush (Winbush Design & Animation Studio) is an international award winning motion graphics artist that now works in VR/AR. Rated as one of the top 25 artist in Hollywood by Inferno Development Jonathan has worked on movies and television shows for studios such as Marvel, DC, Discovery, Warner Bros, Hasbro and many more. Jonathan is also the co-creator of the multi award winning Magma Chamber VR project for Rock n Roll Hall of Famer Mix Master Mike of the Beastie Boys. 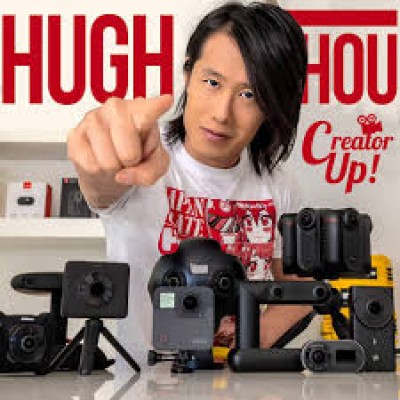 Hugh Hou (B.Eng. MSc.) is a Co-Founder and Creative Director for CreatorUp, a digital media education company and production studio. He heads up immersive media content creation and has produced VR content for numerous companies and organizations such as the Special Olympics, Google, MasterCard, RedBull, LACOSTE, City of Los Angeles, and the Los Angeles Police Department.
When not producing for other companies, Hugh dedicates his time to sharing his vast expertise in immersive technologies and VR filmmaking on the CreatorUp YouTube channel. He truly believes that by sharing freely with the world through YouTube, mentoring and consulting, more creators will join the immersive media family. Hugh’s goal is to help the VR industry thrive and to improve the quality of VR filmmaking.