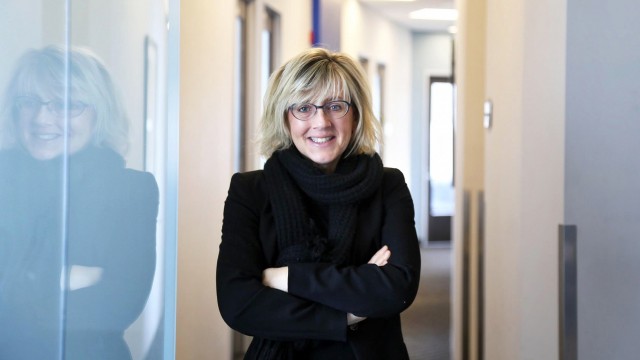 The following is a reprint of an interview by VeeR TV with Mettle CEO and Co-founder Nancy Eperjesy. Special thanks to VeeR’s Mina Bradley for the interview! Read the original on VeeR.

“Having interviewed over 100 content creators for Creators Stories, I have heard the name Mettle mentioned countless times. If you’re a 360/VR enthusiast, chances are you have heard of or have even used their industry-standard Adobe plug-in, the SkyBox Suite. SkyBox was acquired by Adobe in June 2017 and Mettle is currently developing Mantra VR, the first stylization and FX software for 360/VR workflows.

We’ve been given the incredible opportunity to speak with the co-founder and CEO of Mettle, Nancy Eperjesy. We asked her about the past and future of the company, her career as a female entrepreneur, and her take on the future of VR.”

It’s been 25 years since the founding of Mettle, what are some of the biggest takeaways for you personally?

Nancy: Stay curious, find something you love, work hard at it, and keep up to date with evolving technology. If you believe in something, you have to take that risk and go for it. Also, being professional, courteous and respectful goes a long way.

How did years of experience as a production studio influence Mettle as a software company? What are your secrets to commercial success?

Nancy: Our “secret” is that we never stopped learning new things, and in turn we are interested and supportive towards our customers and their work as well.

At Mettle, we were always exploring hardware and software solutions for our own production pipeline. We found that Adobe offered great solutions for artists. We started using After Effects when it was still CoSa After Effects. The name pretty much reflected our approach too – (The Company of Art and Science). We were always excited when new versions would come out, and our team would stay up to date learning everything. 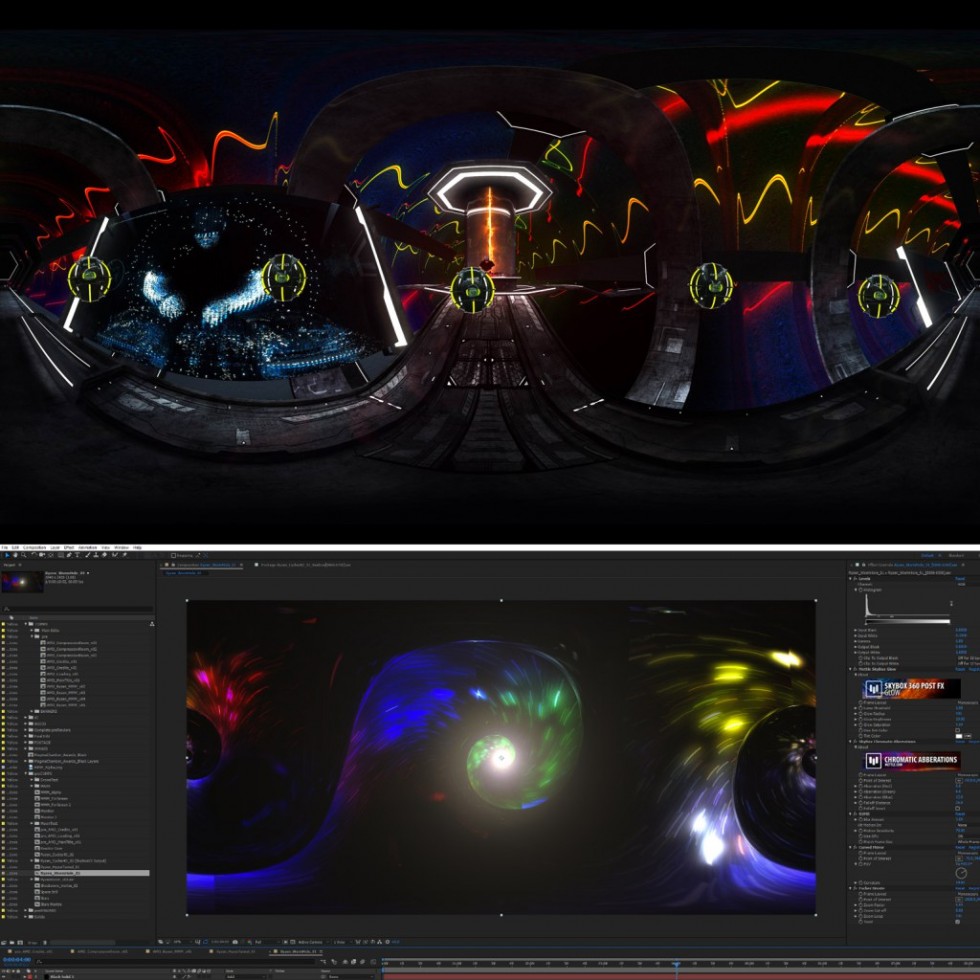 We first began developing plugins where we saw a need for tools in our own studio. That’s how the FreeForm plugin was developed. It was a 3D Mesh Warp plugin that brought high-end workstation class 3D into After Effects. We thought that we could save a lot of time by doing more 3D work in After Effects, rather than always going through a dedicated 3D program. We even developed a lighting system and 3D camera that worked in Ae. We developed two more 3D plugins, FreeForm Pro and ShapeShifter AE, which used the GPU extensively. To do this we built “3DNAE” for a comprehensive 3D foundation.

All of our client work was narrative-driven. We would work in the advertising sector where you were require to tell stories in 30 seconds or less. That expertise made its way into the SkyBox products, which in some ways was a natural evolution from 3D to 360°.

How do you view your professional trajectory of evolving from a visual artist to an expert deep into the tech realm?

Nancy: To me it seems like a natural progression, one of the reasons we formed Mettle was because of our desire to be hands on with content creation tools. We were really motivated by the software/hardware solutions that had come on the market at that time. And we never stopped evolving and learning. Our work was never a means to an end, the means was the end. By staying ahead, we also stayed busy as a company doing production. We always love a creative and technical challenge. It keeps things interesting. Another thing I noticed is that many artists look for new creative tools, new forms of expression. So linking art and technology seems obvious to me. 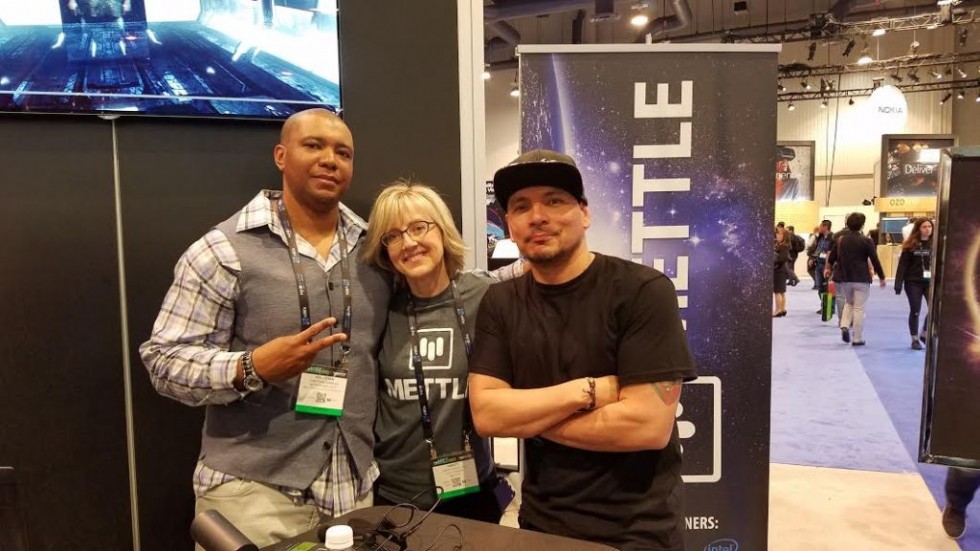 How is Mettle different now that Skybox has been acquired by Adobe?

Nancy: When Adobe bought SkyBox, we reached our ultimate goal for the products. Every After Effects and Premiere Pro user on Adobe CC subscription that was working in cinematic 360/VR, had SkyBox and could do 360 post-production. They really are the foundation-level tools that make sense to have integrated. We had already started thinking of what was next for product development long before the acquisition. That’s where Mantra VR comes in. To us, that was the next step in content creation tools, in the 360/VR space. We have two more Adobe 360/VR plugins that are in advanced beta right now.

The other main difference is that Chris Bobotis, my partner at Mettle and my partner in life, is now Director of Immersive at Adobe. Since we are personally involved, we still have many conversations on art and tech, and where we see things going. It’s a 24/7 lifestyle 🙂 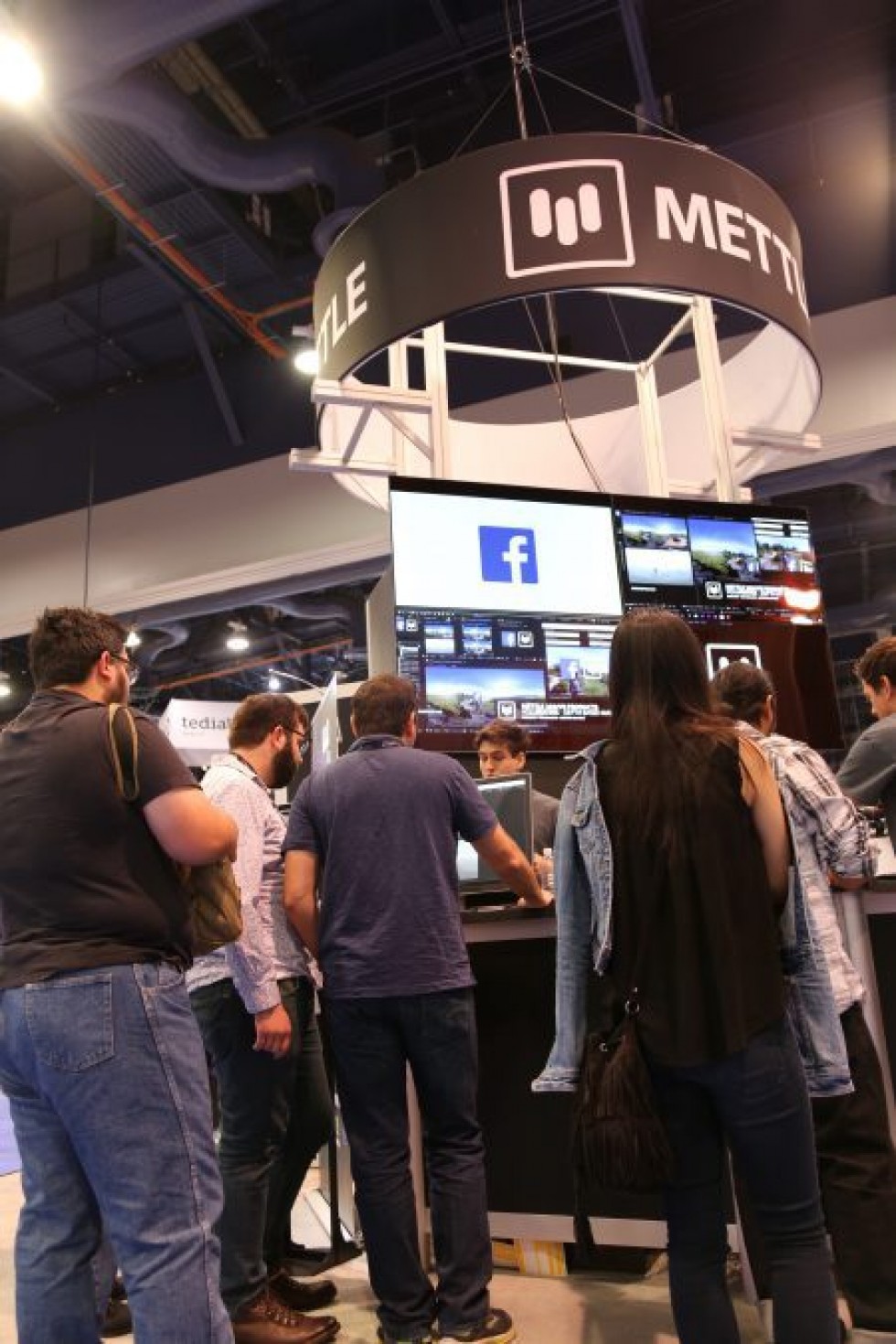 Q: What were the greatest challenges for developing and marketing SkyBox? Are you approaching things differently with Mantra?

When SkyBox came on the market, not many people knew what a 360 video was, let alone 360/VR production. But certain people did know exactly what it could be used for: people already in the 360/VR space. They turned out to be pioneers, and showcasing their early work and making tutorials for the process was key to the success. We also promoted the plugin to existing Mettle customers, who knew our 3D plugins and had confidence in us. We have always offered free downloads to try things out, which helps.

With Mantra VR we are still following the same basic formula. We love to shine a light on customer successes. To us, the importance has never been about our products but rather, what our customers create with our products.

Q: We noticed in your blog that you’ve interviewed a lot of creators. Do you have any notable names that you want us to check out?

Of course there’s Jonathan Winbush, whom you have already know from the VR experiences he has created for Mix Master Mike.

Ty Evans is an acclaimed Skate Film director who is self-taught, and uses his commercial work to fund his personal creative projects. “The Flat Earth” was shot in 360° but framed to 16:9 in post in Premiere Pro using the SkyBox plugins and Mantra VR for special effects. He really pushes the envelope in shooting and editing.

The Flat Earth by Ty Evans, made with SkyBox and Mantra VR plug-ins

Andy Cochrane and John Fragomeni recently completed a project with R&R, the AOR for the City of Las Vegas called “Alter Your Reality”. They worked with 5 renowned artists; Beeple, SignalNoise, Fafi, Adheres Batista and Insa; who interpreted their visions of Las Vegas in 360/VR. Their software pipeline included After Effects, Premiere Pro, Mantra VR, and the original SkyBox plugins.

Awavena is a VR Film premiering at Sundance. Lead Artist is Lynette Wallworth. The Yawanawa are an indigenous Amazonian people, who see immersive technologies they can co-opt to share their connected worldview.

Matthew Lewis and the Team at Practical Magic are great. They did the Dunkirk VR experience. J. Lee Williams from Occupied VR is another VR Pioneer, as well as Cream VR, both in Toronto. Dan White at Rapid VR, Daniel Bury at Chasing the World VR. Matt Nefdt at Africard.

The list goes on and on, hard to choose just a few!

Q: Where do you think the VR industry is headed, and how does Mettle fit in the bigger picture?

We are committed to the 360/VR space, which we see it as part of a bigger movement beyond the flat screen. VR and AR headsets are necessary right now, but eventually won’t be needed anymore, since Extended Reality may take place all around us, in ways not yet imagined. There are many parallel technologies that can come together, with Machine Learning, Internet of Things, and AI. We welcome the creative and technical challenges and opportunities that are opening up in the Digital Renaissance. We will continue to develop new tools for content creators in these emerging spaces, and look forward to the future! This is a great opportunity to re-invent story telling and content creation tools as we know them.