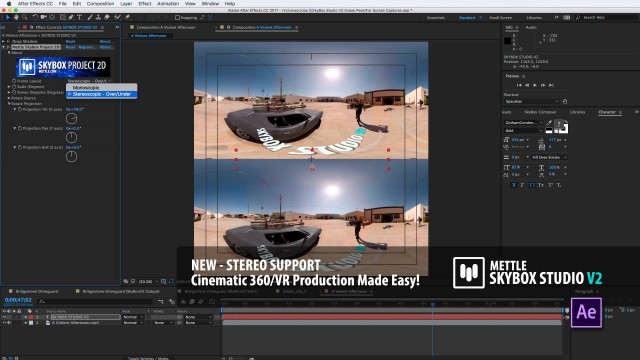 You can add text, imported graphics, stills and footage onto your Stereo 360 footage in After Effects. Our tools resolve the distortion at the poles.

Stereo Support is just one of many new feature additions and improvements in SkyBox Studio V2, our 360/VR production tools for Adobe After Effects. Make your purchase of SkyBox Studio V1 now, and qualify for a free upgrade to Version 2. 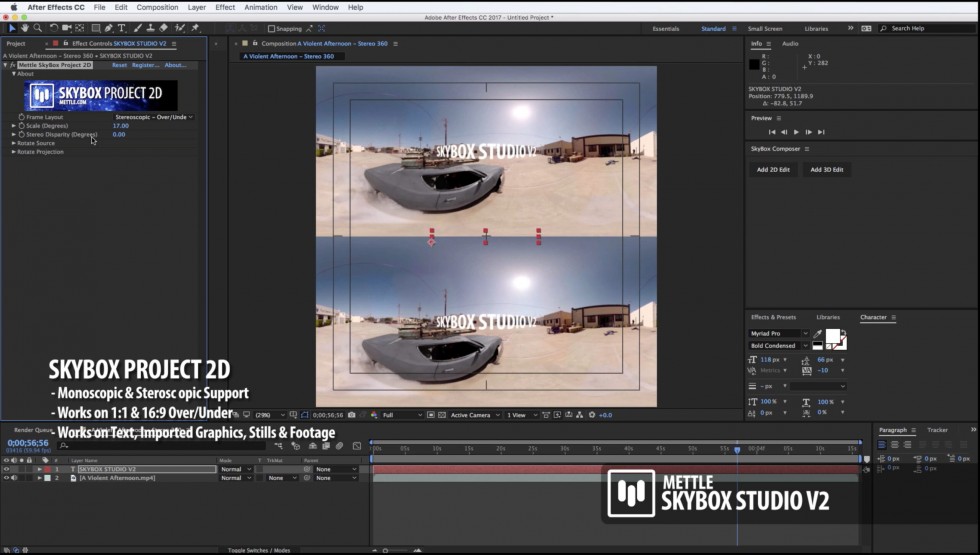 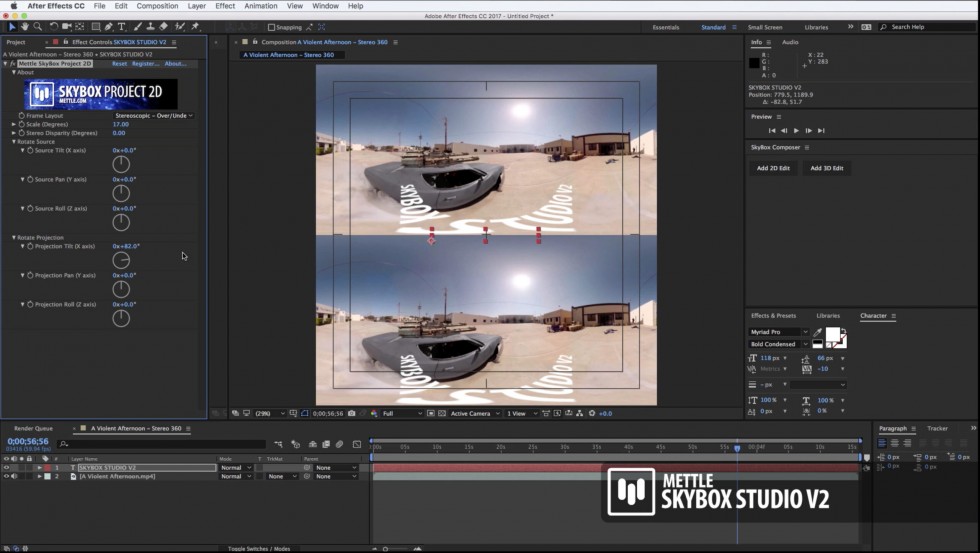 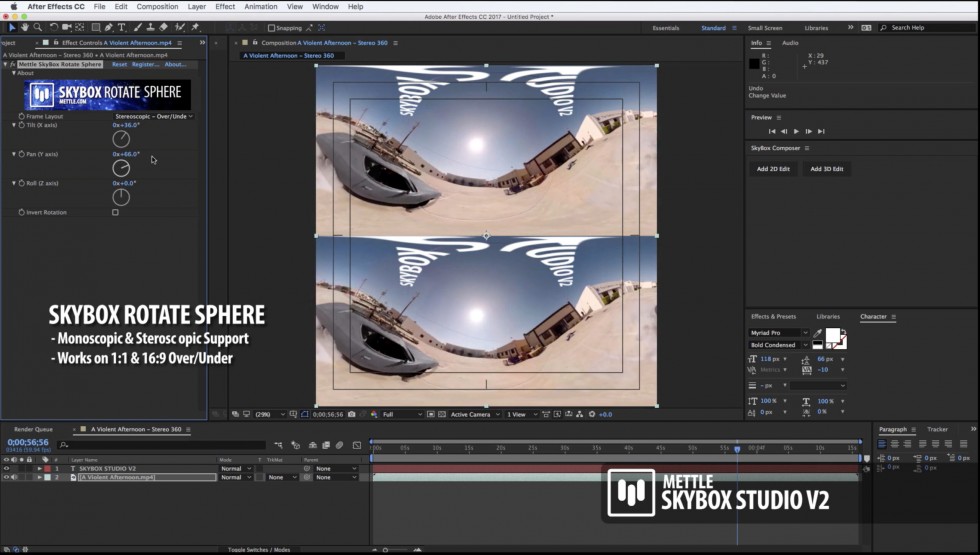