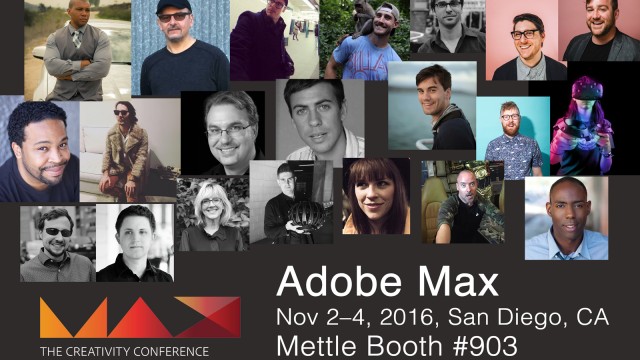 Mettle is bringing its Adobe 360/VR production tools to Adobe Max, along with a line-up of VR filmmakers. Visitors will have a chance to do some hands-on 360 video creation at Mettle booth #903, and meet some leading VR artists. Chris Bobotis, developer and co-founder of Mettle, will do daily presentations on cinematic 360/VR production, along with Nancy Eperjesy (mettle) and Charles Yeager (YeagerFilm). 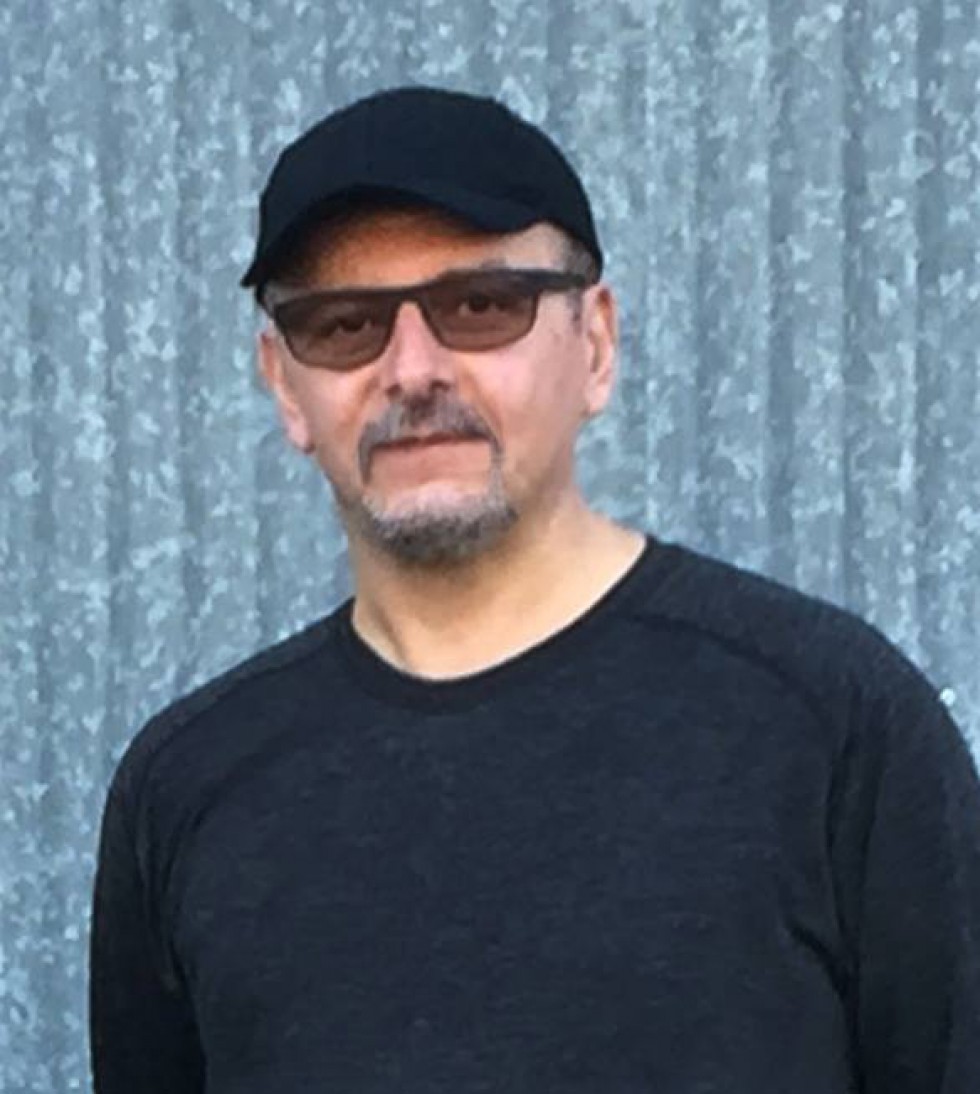 Chris is a Master speaker, in the top 20 speakers for Adobe Max

Jason Drakeford (Drakeford Studios) gives an overview of his 360/VR production workflow for The American Museum of Natural History. 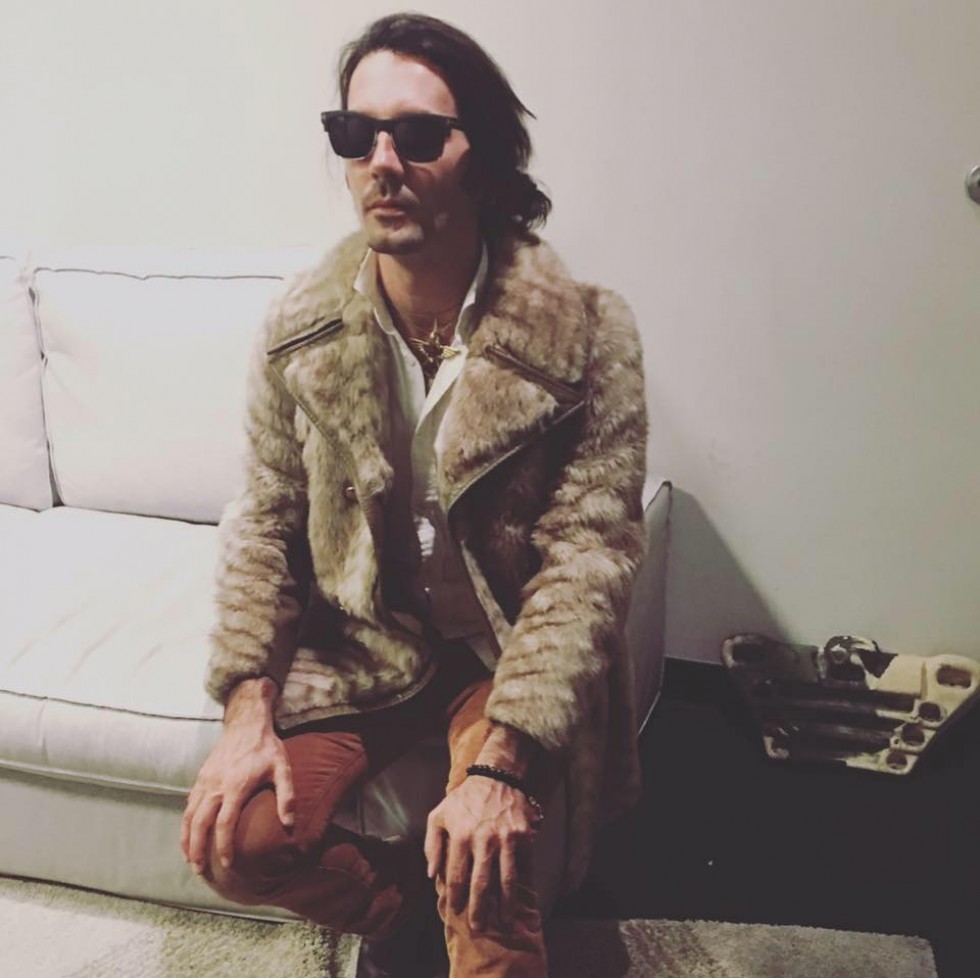 Aton will be showcasing DreamWorksTV’s first ever 360 video, which he directed, “Mama Said” by Lukas Graham – Cover by Mackenzie Sol 360°/VR. He will discuss the workflow from shooting 360, and going through post-production in AfterEffects – Premiere Pro and PhotoShop. He will show how to create an underwater environment in PhotoShop and bring it to life in 360 format.

DreamWorksTV has only been around for two years, but it can already boast about reaching two incredible milestones. The family-friendly YouTube channel, founded by DreamWorks Animation in 2014, now has over two million subscribers and over one billion video views. 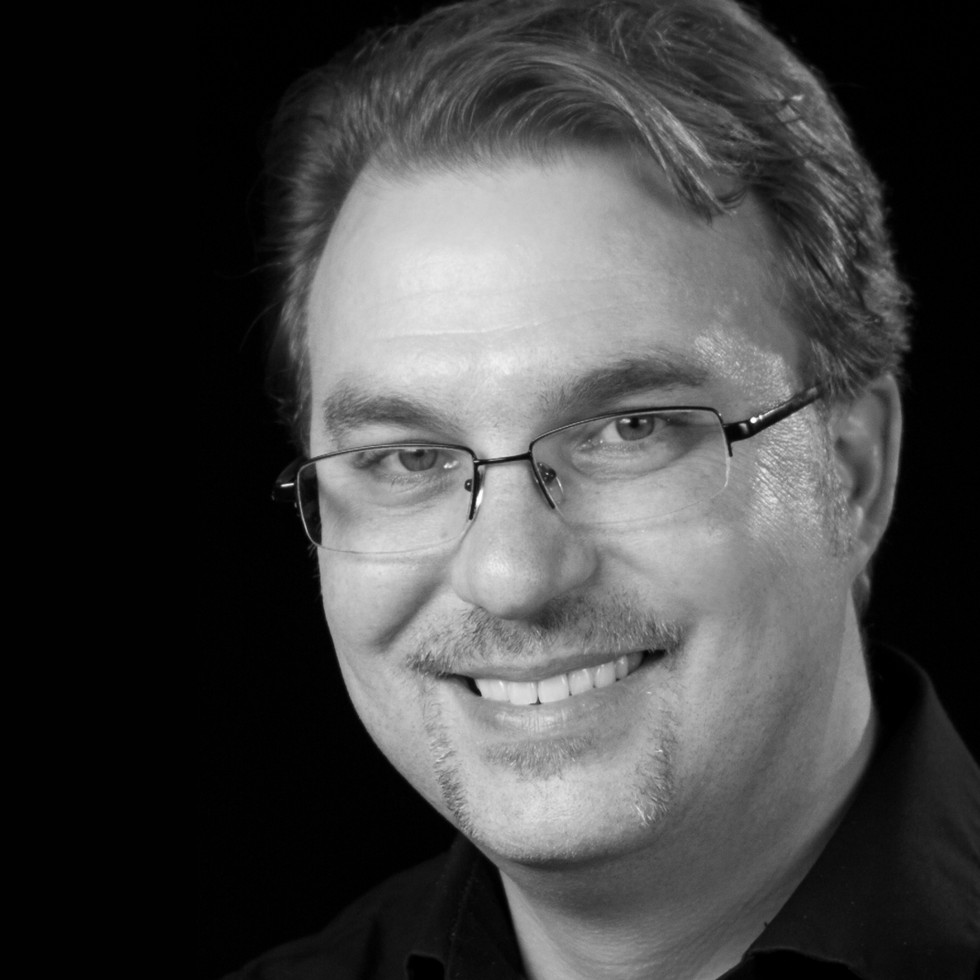 The Sky is not falling: Sky Replacement in 360/VR | Jamie Pence | Videobred

Jamie Pence, Owner at Videobred and Finalist for Samsung VR Creator Awards, will show his solution for correcting a common problem with 360 footage. He will show an easy way to replace your sky and get a dramatically improved more cinematic look. He’ll also share his experiences and strategies in VR filmmaking. 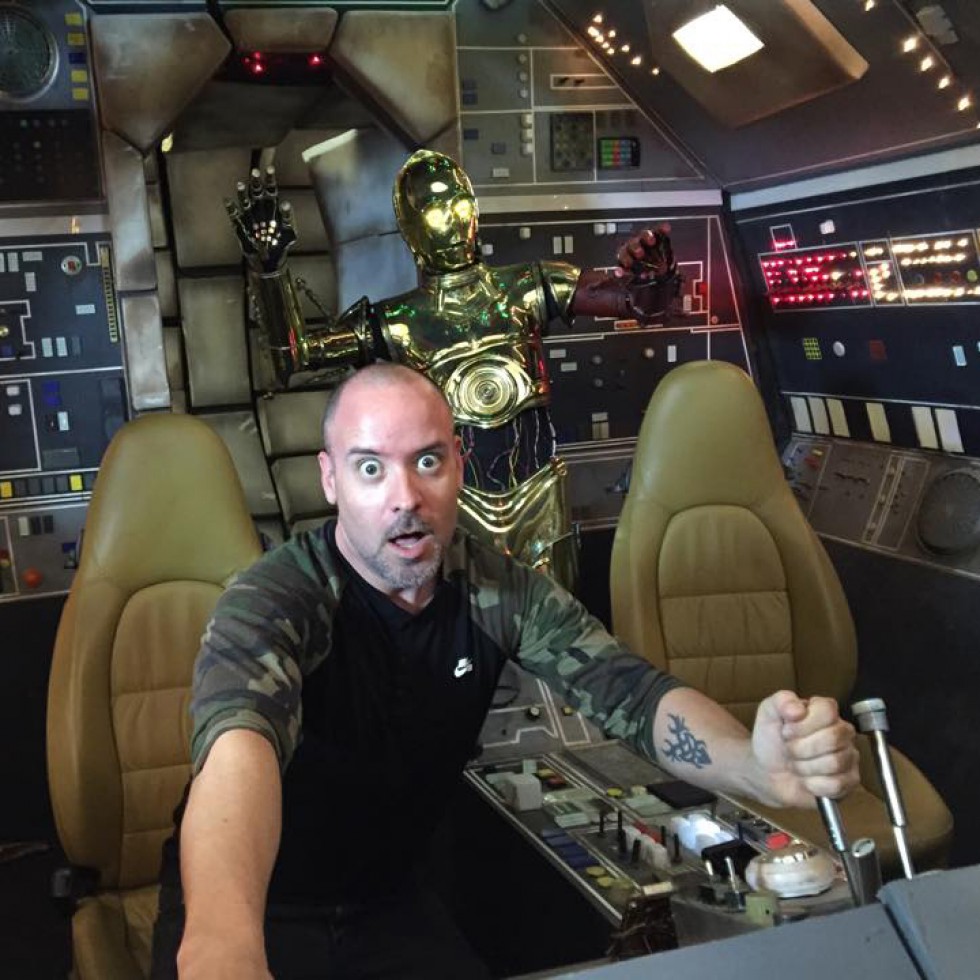 How to Bring Hollywood FX into 360/VR Production | Tim Montijo

Tim Montijo brings Unified Pictures its most diversified artist and certainly one of the most productive, with experience as animator, producer, visual effects supervisor, director, composer and executive for various film and television projects. His range is so broad that he was invited to teach Visual Effect and Animation for UCLA’s Entertainment Studies Program. After co founding the successful digital effects firm Electro Age in 2001, Tim Co-founded Unified Pictures in 2004. 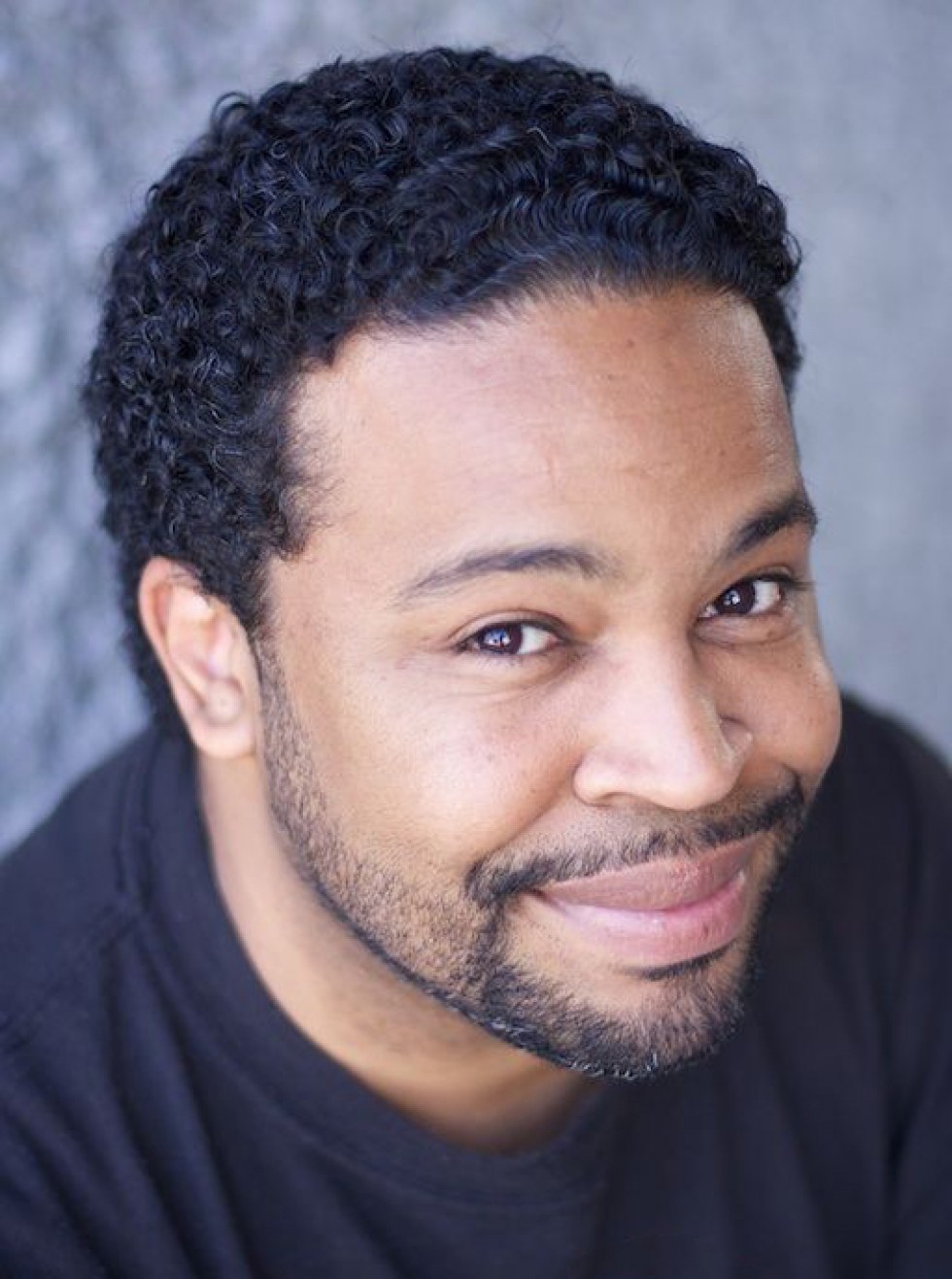 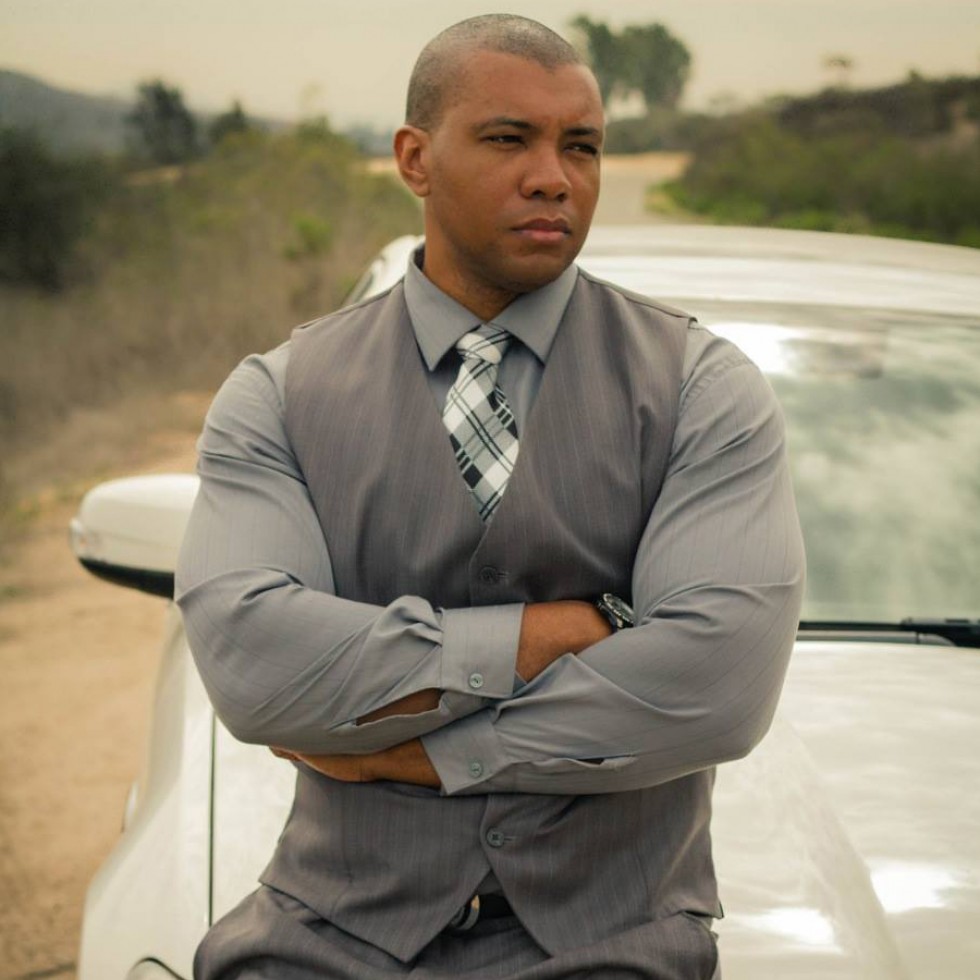 360VR has forever changed the way musicians or any artist can communicate with their audience. With this new medium come challenges, motion graphics artist Jonathan Winbush (Winbush Design & Animation Studio) and illustrator Tony Washington explain how they worked with Mix Master Mike to combine his audio and album cover visuals and how they over came unforeseen challenges while trying to use the tools they already knew.

Since 2006, Jonathan Winbush has been working in motion graphics for studios including Marvel, DC Comics, Warner Bros, Hasbro, Happy Madison, Discovery Channel, History Channel. He was rated as one of the top 25 artists in Hollywood by Inferno development and went on to win many awards (Promax BDA, Bafta, Tellys and Pixie awards ). His work has been reconized in Advanced Photoshop Magazine, HDRI 3D Magazine, Computer Arts Magazine and several Art Insitute brochures. In 2012 Jonathan moved to south Orange County to start his own boutique in motion graphics but also began to experiment with virtual reality after being invited by Oculus to check out their hardware in its early stages. 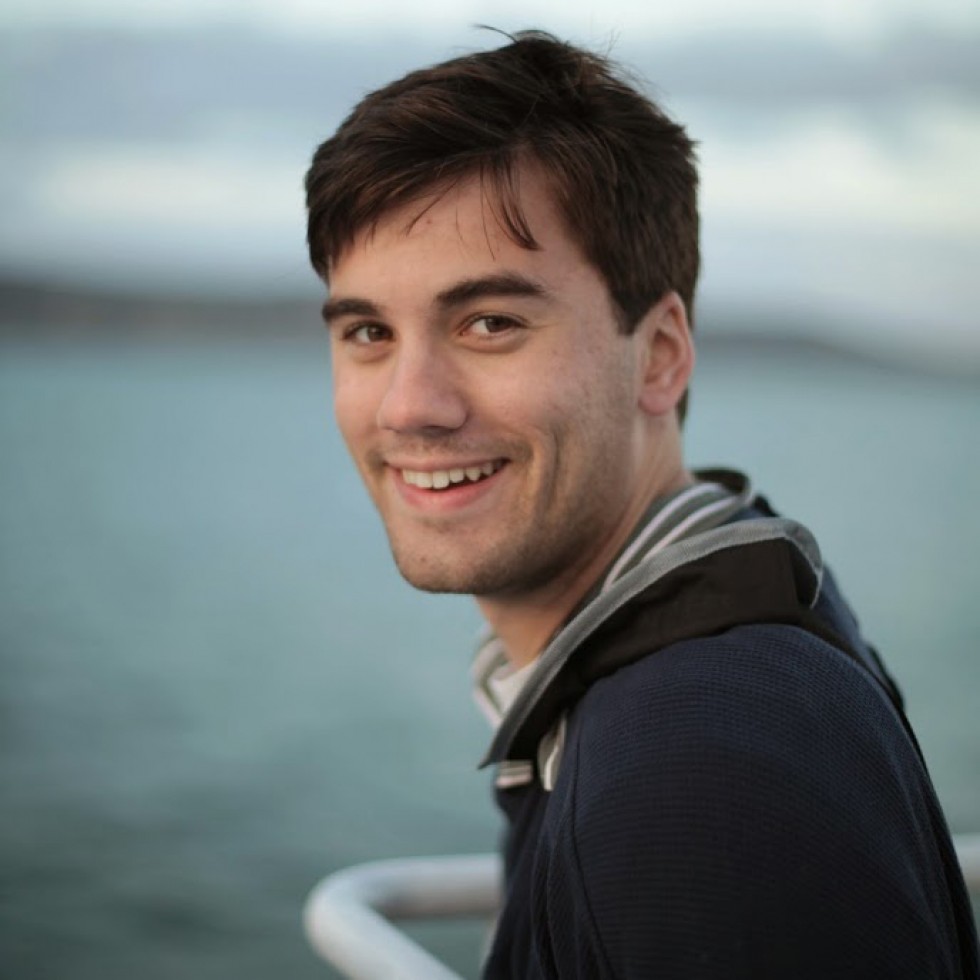 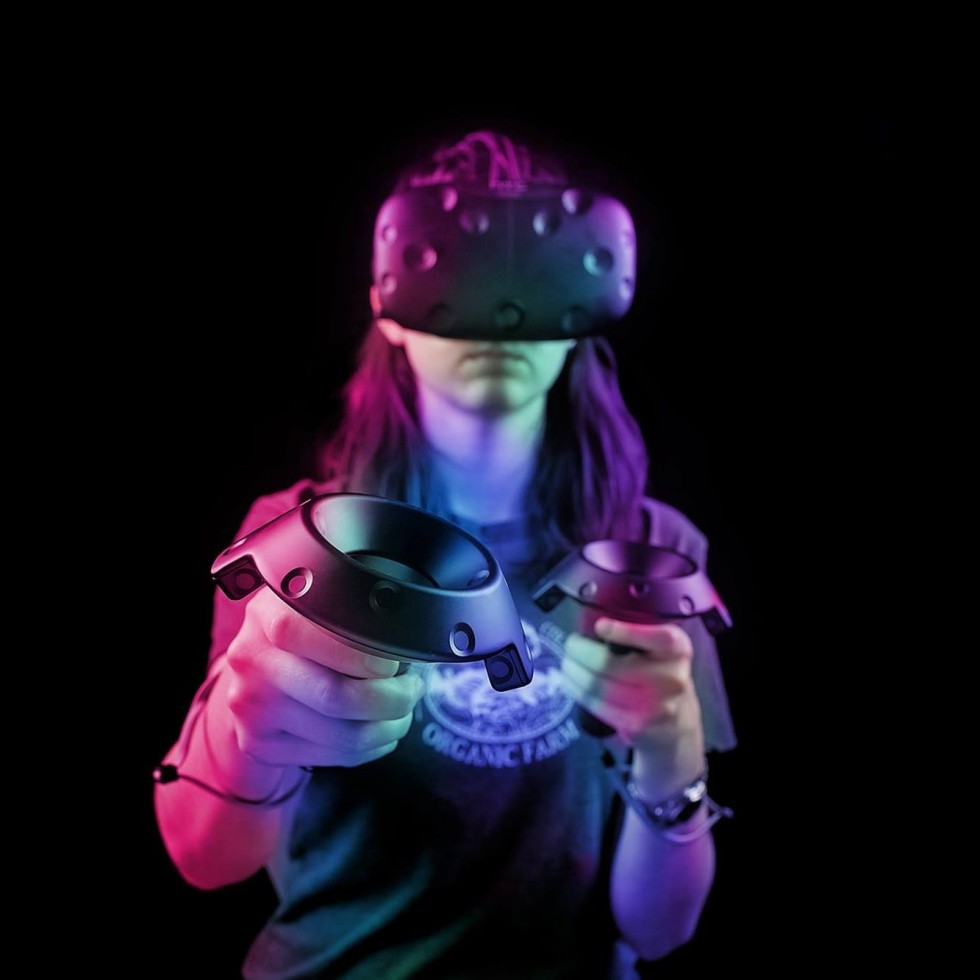 Tom Connors and Miriam Nielsen of The Verge share their experiences producing the first White House interview to be captured in 360 degrees and discuss the design decisions that enabled them to transform a static interview setup into a dynamic 10-minute piece. Watch Michelle Obama 360 interview by The Verge. Produced in conjunction with Marcus Mullin and Joshua Magee of Lunar North (see “Shaping the 360/VR Experience Through 360 Motion Graphics”, below) 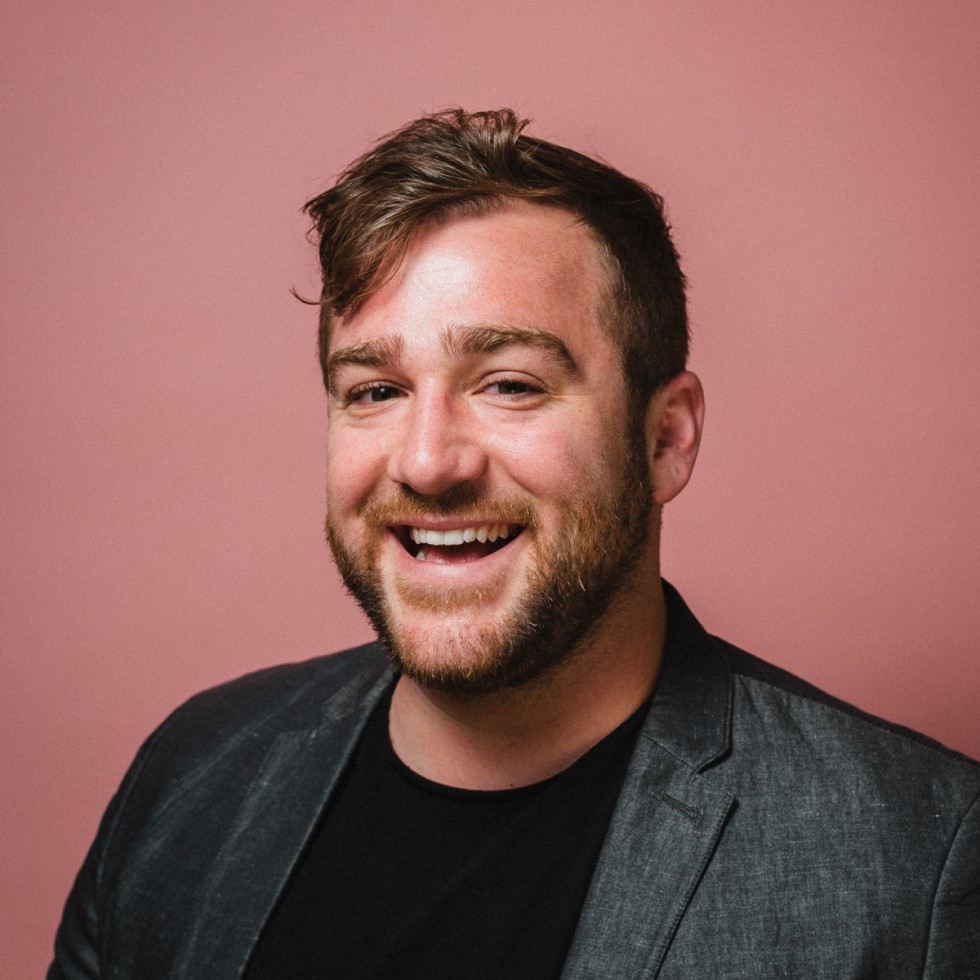 Joshua Magee and Marcus Mullins of Lunar North share their experience producing the motion graphics portion of the Michelle Obama 360 interview. The motion graphics were used to engage and inform the viewer, in conjunction with the 360 footage shot from a static camera POV. Produced in conjunction with Tom Connor and Miriam Neilsen of The Verge. See “Interviewing in 360|VR: Designing the Viewer’s Experience:” (above.)

Lunar North is a design, animation, and post production studio proudly based in Detroit, MI. They are well-known for their collaboration with The Verge on the Michelle Obama 360, creating the animated 360/VR motion graphics. 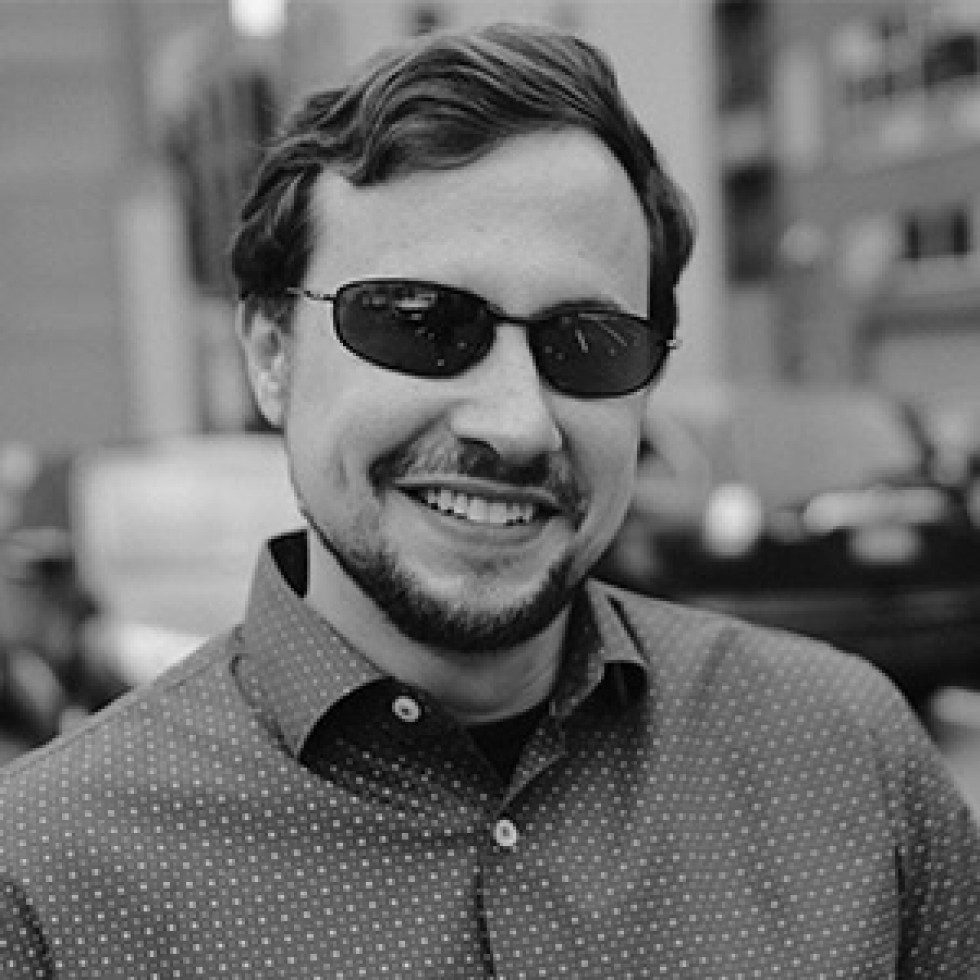 Presence is the buzz word associated with VR and why it’s such a powerful new medium. Join Matthew Celia, partner and creative director at Light Sail VR, as he deconstructs the filmmaking techniques he uses to tell compelling stories that transport you into entirely different worlds. 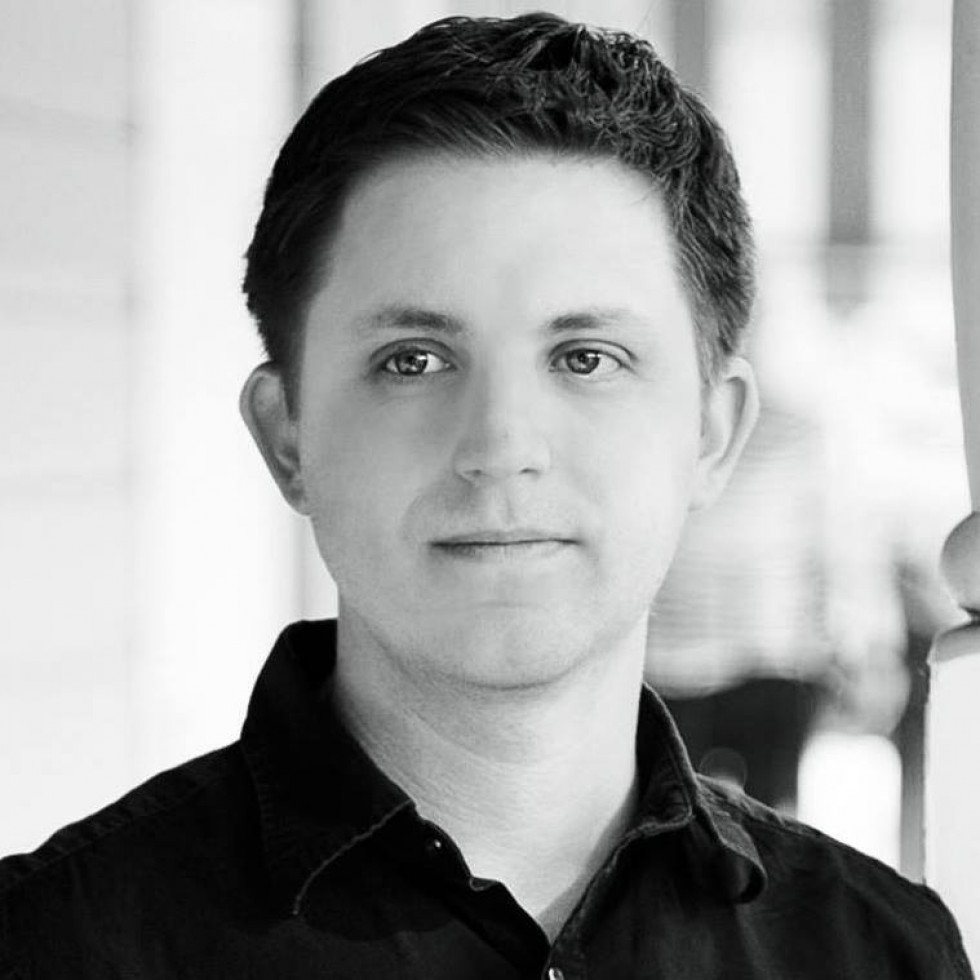 Andy Cochrane will detail how Mettle Skybox tools were used to create environments, transitions, and motion graphics for USA Today’s recently-launched weekly VR series “VRtually There”. Each episode of this new show utilizes Mettle tools in both After Effects and Premiere Pro. 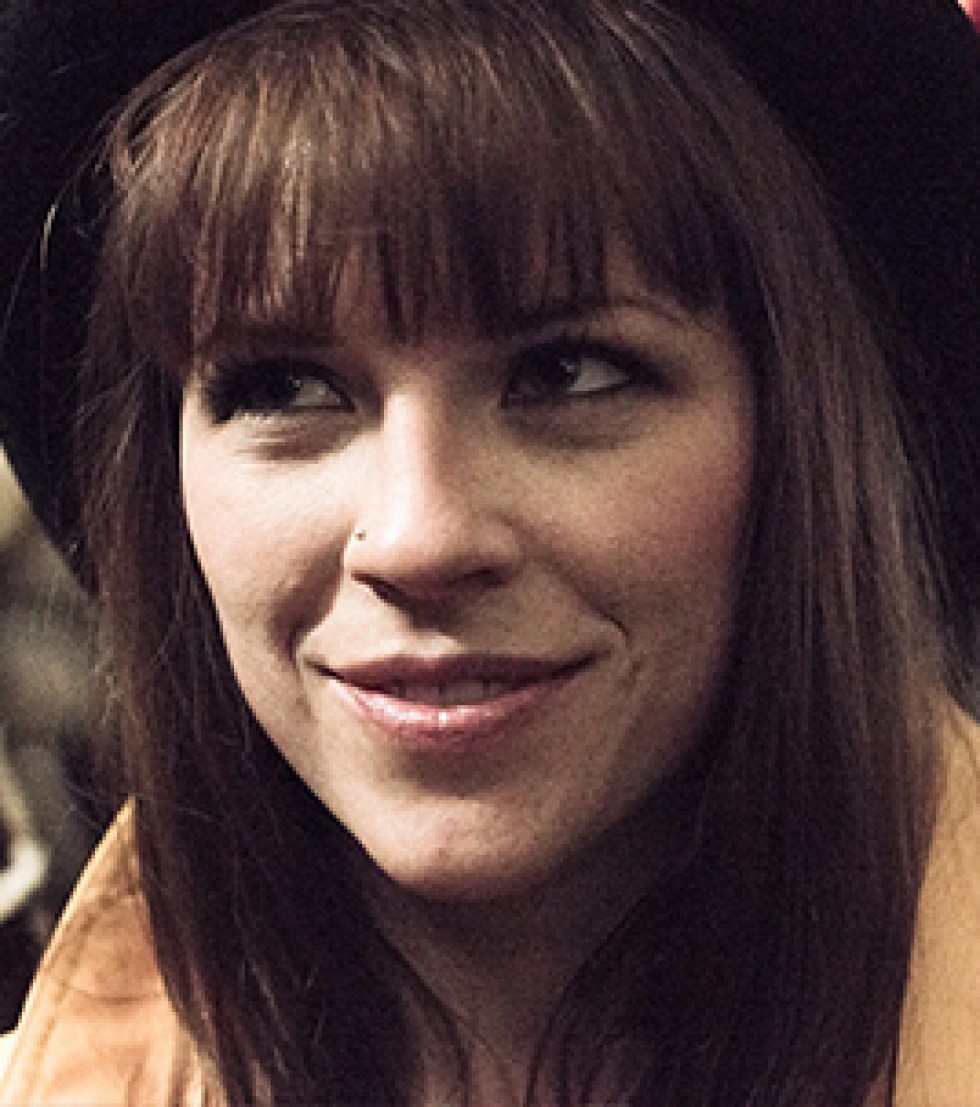 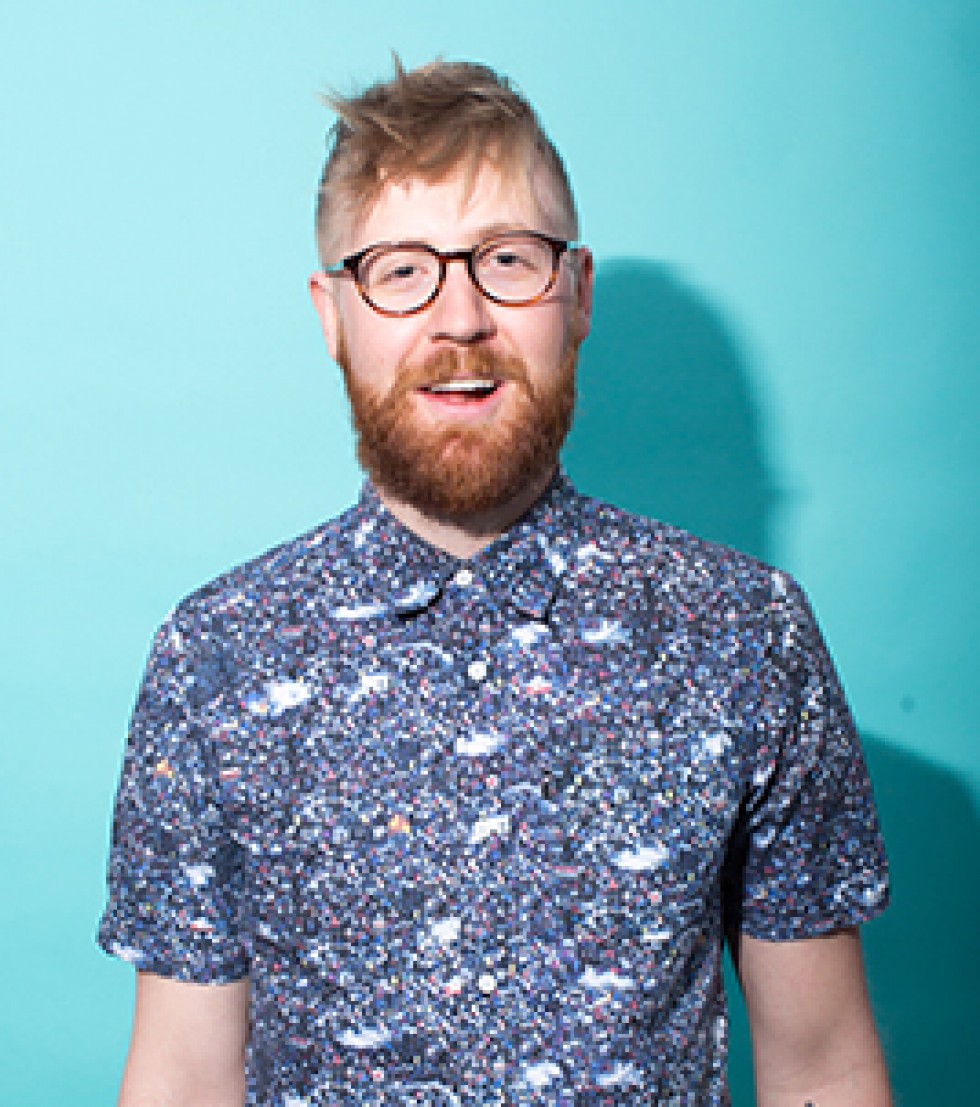 Tripp and Jenna Watt of ENTROPY spent the summer of 2016 directing and shooting a VR travel series on the small Indonesian island of Lombok for Discovery.  Come hear the secrets to “shooting on the fly” with VR gear and learn from their infinite number of mistakes that left them almost stranded, drowned and lost at sea. They’ll cover what cameras work for which scenarios (OZO vs Gopros vs Samsung, etc)  moving the camera, underwater shots and how to bring it all together into something worth watching.

Filmmaking duo Tripp and Jenna Watt are the co-founders and creative directors of ENTROPY- a VR studio focusing on bold, original content.  In 2015, they created their first short in VR.  The film later screened at the 2016 Sundance Film Festival and established the duo as pioneers in VR storytelling.  ENTROPY’s most recent 10 part VR travel series was picked up by Discovery China and they are currently in development on an interactive VR thriller series. www.entropycreative.com 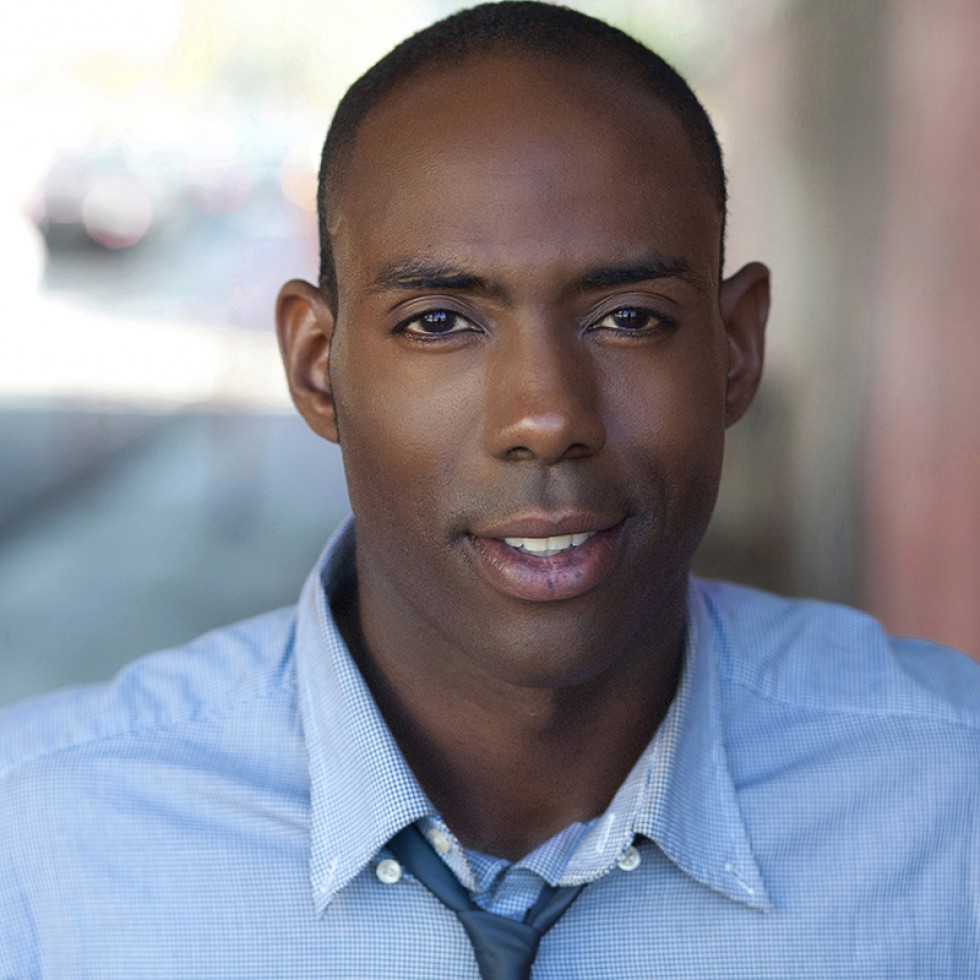 James Markham Hall, Jr. is a graduate of the North Carolina School of the Arts, School of Filmmaking and serves as a Director of Photography in the entertainment industry.  James earned an Emmy nomination for his work on the A&E series “Intervention” and has been responsible for the Cinematography of programming on all the major networks, recently working in both Alaska and the Yukon for Animal Planet and National Geographic and in Los Angeles on “Dancing with the Stars.”  James formed Gold Creek VR with producing partner Ted Faye whom he most recently collaborated with on Showtime’s top rated sports documentary IVERSON, about the life of NBA ALL-STAR ALLEN IVERSON. Their first VR collaboration is the award winning series “American Ghost Towns,” which is one of the first Historical Series for VR and has a featured channel in the SAMSUNG VR app. 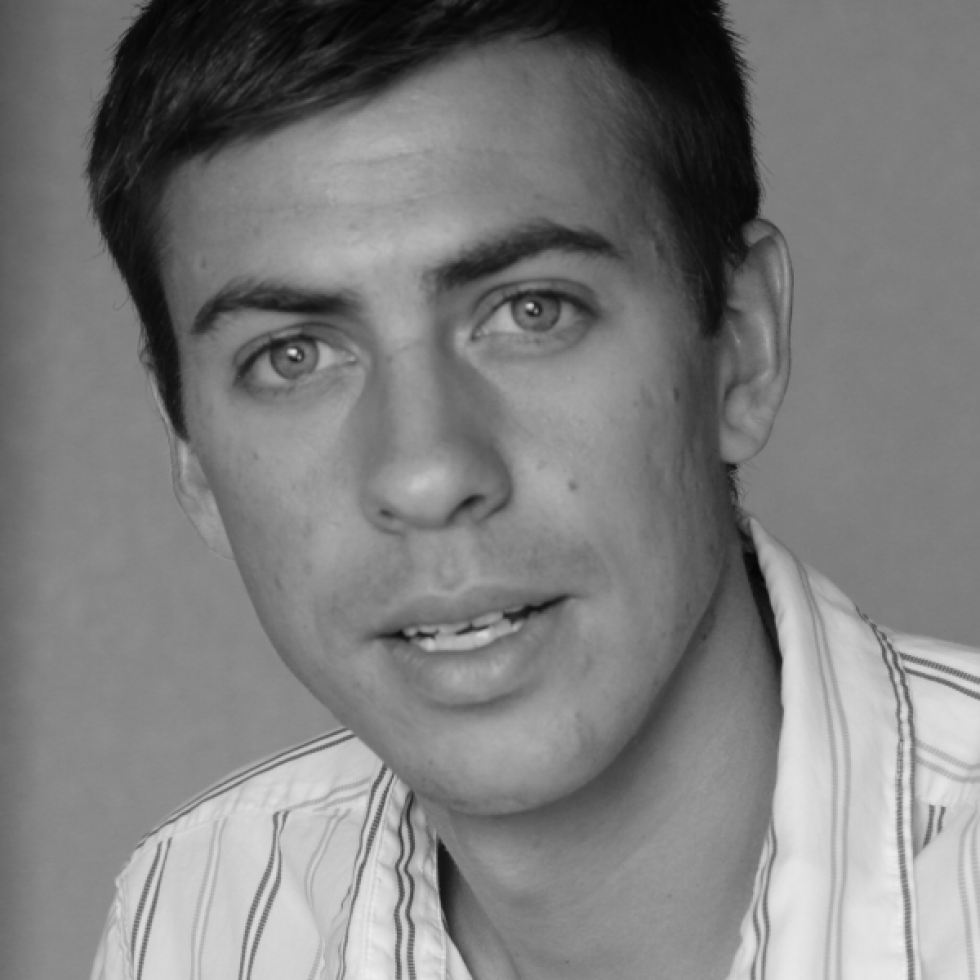 Charles Yeager yeagerfilm.com shows how to create a 360 video in After Effects with SkyBox Studio. He uses 2D keyed footage of himself and composites it within different 360 scenes created entirely in After Effects. He composites his “2D” self within an Element 3D cityscape, and into different virtual 360 rooms built from flat images. He also replicates a weapon scene from the Matrix in 360.

Charles Yeager is a Filmmaker & Motion Graphics Artist currently residing in Arkansas. His projects have been recognized by Canon, Video Copilot, Vimeo, Filmmaker IQ, No Film School, Film Convert, BOOM Library & Filminute. He is an After Effects and Premiere Pro tutorial master, with many 360/VR tutorials showcasing Mettle 360/VR Plugins..

Charles will be available all 3 days at the Mettle booth to offer demos in Premiere Pro and After Effects. Watch: How to Make a 360 Video Using 2D Footage | After Effects. 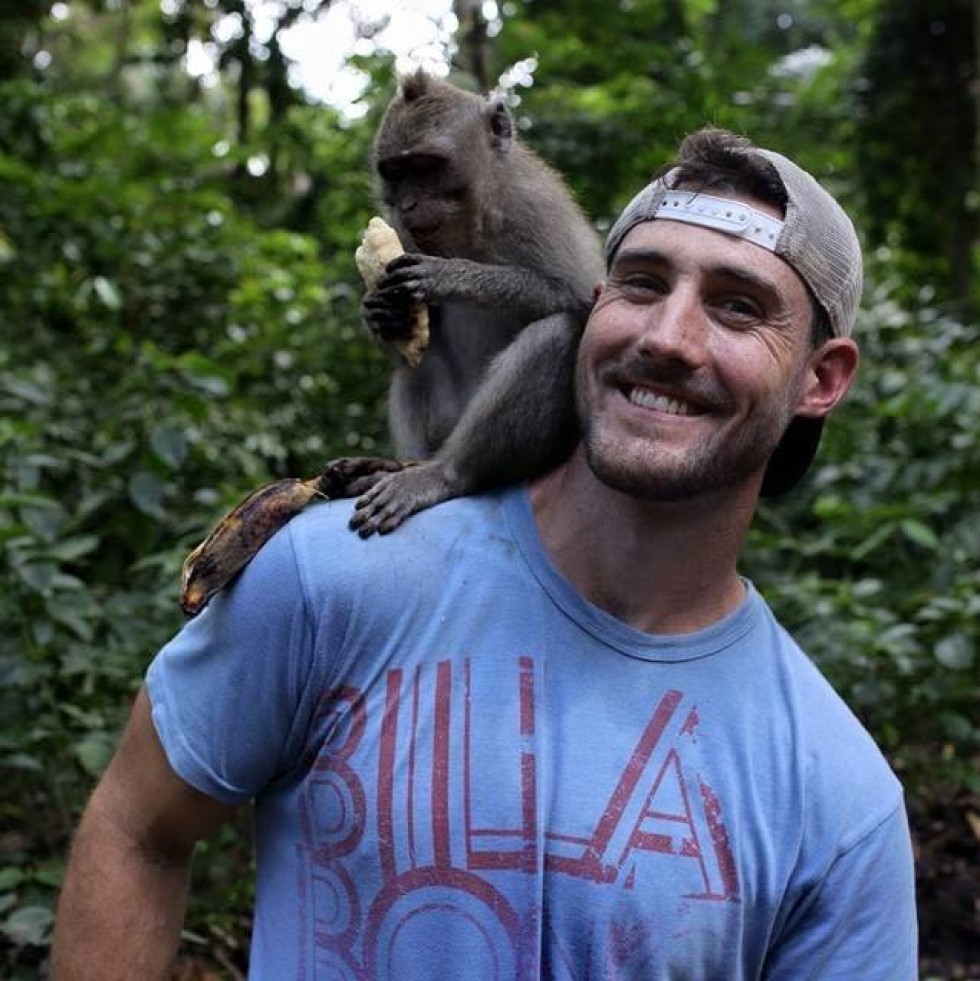 The Natural World as an Immersive Experience in 360/VR | DRYFT

Erik Rochner (DRYFT) will present 360°: Tour a Glowworm Cave in New Zealand a recent 360/VR Timelapse experience for National Geographic with over 5 million views on Facebook. He will discuss the challenges of shooting 360/VR timelapse in remote locations, and how to capture and convey beautiful and immersive imagery.