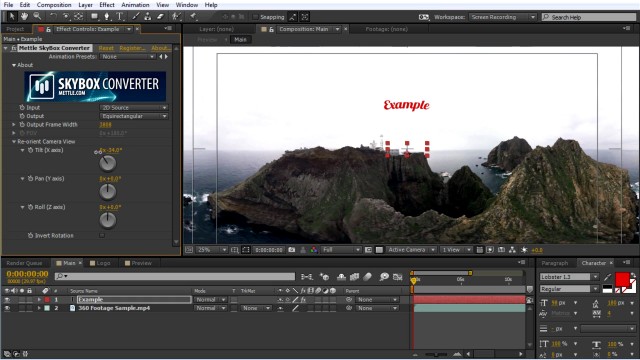 Charles Yeager (yeagerfilm.com) presents an intro-level tutorial, geared towards those new to After Effects and 360 video production, and who want to add the basics onto their 360° footage.

This tutorial covers step-by-step: importing your stitched 360 degree footage, setting up your Main comp, placing a rectangular logo over your footage, and placing a round logo to cover the camera rig at the bottom of your composition. We also see how to use After Effects text tool for 360 video, and how to import flat (1920×1080) video, and integrate it over 360 footage. Then we render the 360° comp. Download a free trial of SkyBox Studio and follow along.

Add a round logo to cover the camera rig.

A round logo placed at the bottom of the comp will preview as a rectangle in your comp. 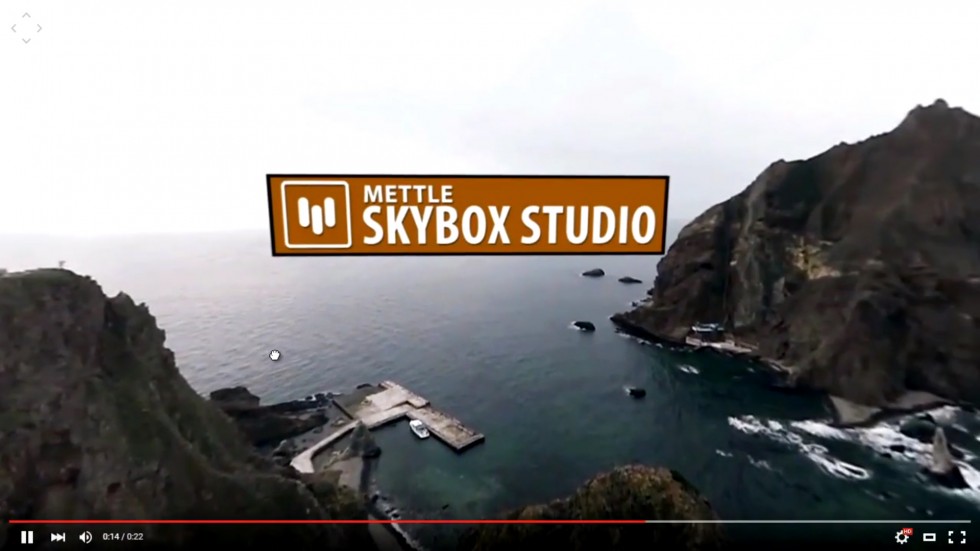 Preview your logo position and size with SkyBox Viewer.