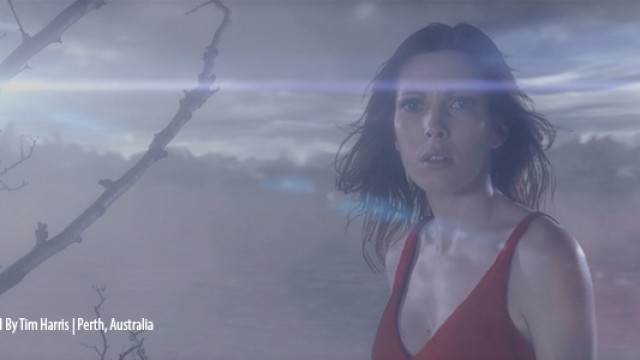 Tim Harris shows how to use the new fog and mist features in FreeForm Pro Version 1.5. He starts things off by creating 3D terrain with FreeForm Pro. He makes a 2D Displacement Map that will be used to create the 3D terrain. He then shows how to generate the fog and mist. FreeForm Pro is one of the few plugins that lets you create, render and animate 3D inside After Effects.

Tim, how did you get involved in motion graphics? Do you have an interest in any related arts – photography, painting, drawing etc.

I like all forms of art that express something I can connect to. I love matte paintings, not that I’m any good at it, but I’m always inspired by artists that create stunning images in this discipline. I love cinema and have a keen interest in this form of storytelling.

What type of education do you have. Are you self-taught? Is it a combo of both?

I was a very keen cyclist and had competed at an elite level, and worked unskilled jobs to continue to finance my cycling endeavours. However, there came a time and age to look to a more sustainable option of employment. So in 2004 I went to Uni to study broadcast journalism, in the hope of pursuing a career in radio. I was in my last 6 months of Uni when I elected to do a music video. It was my baptism into AE… and began a bit of an addiction to the app. I was captivated by the way images could be manipulated to enhance and affect how a story is told. I had to teach myself, as Uni was predominantly using Autodesk Combustion at the time. There is such a wealth of knowledge online; it is an incredible resource. However, I did purchase a number of great books. The most helpful was a book by Mark Christiansen, titled After Effects 7.0 Studio Techniques. Mark has made revisions for subsequent releases of AE. I also did a couple of terms at fxphd.com which I highly recommend.

This was the resulting clip, a great first project with AE:  http://www.youtube.com/watch?v=aIWbjxhVr5U

How did you actually get started with After Effects? And Mettle plug-ins?

I went against the trend of using combustion in favour of AE, as I could see its potential. Adobe had just made some major improvements with version 7.0 release in 2006, and I was very comfortable in that application. I also saw that there were many developers extending the app with a host of different plug-ins. I came across Mettle products when they were under the banner of Digieffects. FreeForm was a must have as there was, and still is nothing in AE that can replace this very handy tool. I use it for distorting all manner of things that need any form of distorting. It is so fast and the quality is very high, not to mention you can do it in 3D. I also appreciate the continued development of Mettle’s products. The speed increase when I moved to the GPU versions of Mettle products really made it an extremely productive plug-in! 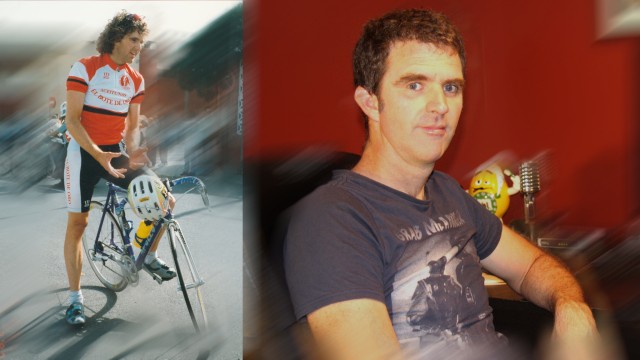 Tim Harris during his cycling days, and today.

Where were you born? Have you lived in Australia all your life?

I was born in Subiaco, a suburb of Perth. My wife was born in Spain and migrated to Australia when she was 8 years old. We both moved to Spain in 1996, where we lived and worked as I raced bikes. We returned to Australia in 2000 to start a family, and have been here since. We have two kids. My Daughter is 13 and my son is 11.

How do you get your work projects? Is it word of mouth, or your web site?

It has be word of mouth thing. You do some work for someone and if they are happy they let someone else know.

What are the main type of projects that you work on?

Anything 😉 TVC, Film, Music Videos, Corporate. I tend to do a lot of removal clean-up stuff. But do a wide variety of things, keeps the brain active…

Are you a one-man-show, or do you have full-time staff?

Yes it is just me; my clones didn’t work out as they became violent and unpredictable due to their unstable DNA  😉

What kind of equipment and software do you use?

I have a couple of PC’s both with overclocked i7 chips, 24-64gig ram, NVIDIA GTX580 3 gig graphic cards; Lots of storage etc. Dell 30′ Ultrasharp monitor on one and 24′ on the other. I use a large intuos 4 tablet. I use one machine to render 3D and the other to do my work on with the Adobe products.

My main workstation is comprised of the following
i7 3960x clocked at 4.2ghz, 64 GB RAM, NVIDIA GTX 580 Phantom (3072MB version), ASUS P9X79 Pro Motherboard, 512G SSD Boot drive, 7.27T on board storage, 12T external server storage. Monitor is a 30″ Dell U3014. I use an Extra Large Wacom Intuos 4 tablet..love it.. great for roto.
Software: Adobe production premium and loads of plugins including Mettle products (of course).  Syntheye and Mocha Pro for tracking and Blender for any 3D

2 thoughts on “3D Mist and Fog | After Effects| FreeForm Pro”