This sneak peek shows a much faster and more intuitive method for object removal on 360°footage, using the upcoming version of SkyBox Studio Version 2. SkyBox Composer is a new module that is part of SkyBox Studio Version 2, our 360/VR production tools for Adobe After Effects. SkyBox Composer creates a 360° “Edit” comp with a “Normal” view in After Effects. This sneak peek shows how to use the “Clone Stamp Tool” directly on your 360° footage to quickly remove unwanted objects.

SkyBox Composer brings 360/VR workflow closer to the regular After Effects workflow, making it much more intuitive and easier for painting, motion tracking, and adding 2D and 3D elements. Also new – users can work in an undistorted view, with any comp size, and any aspect ratio.

SkyBox Composer creates an “Edit” Comp and a linked “Output” comp, in equirectangular format, that you render from. You can open both windows simultaneously, and see what the “Output” comp looks like as you work in your “Edit” comp. You can move around your comp using the “Camera Orbit Tool”, to position the view you need in frame. 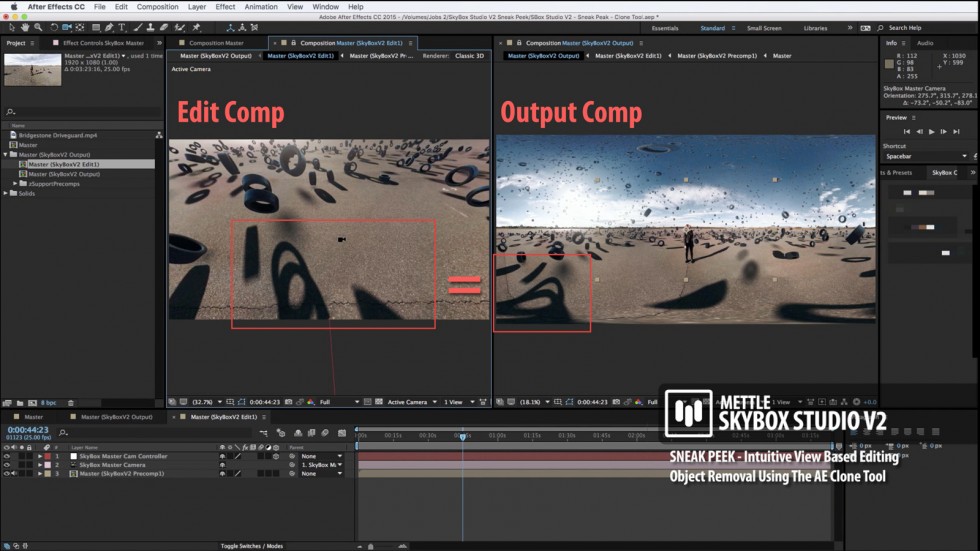 SkyBox Composer: Work in your “Edit” comp in a “Normal” view. Preview in your “Output” comp. 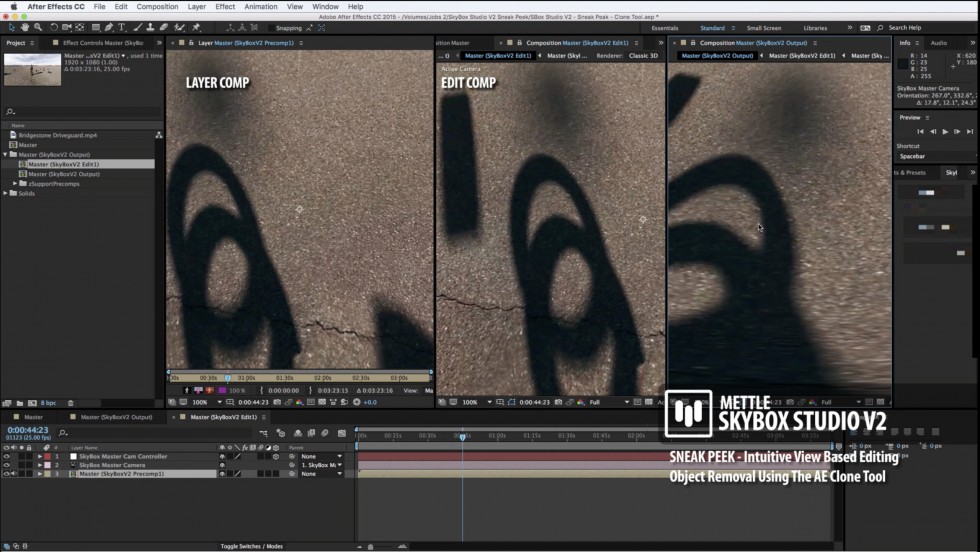 Before retouching with the Clone Stamp Tool. 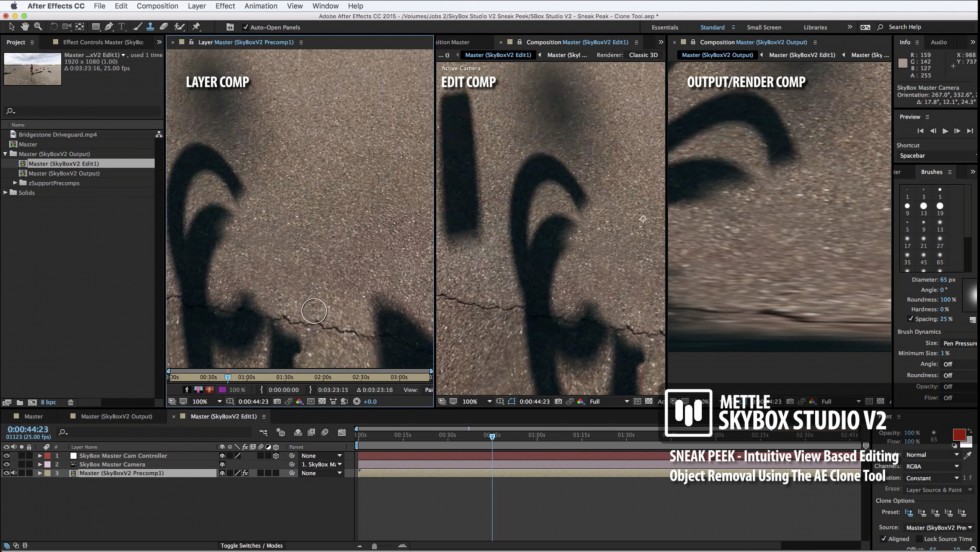 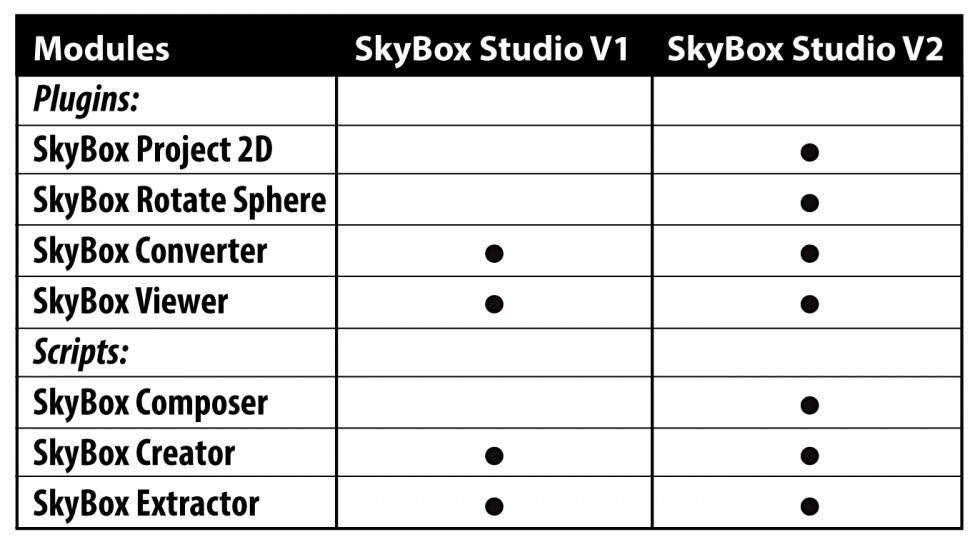