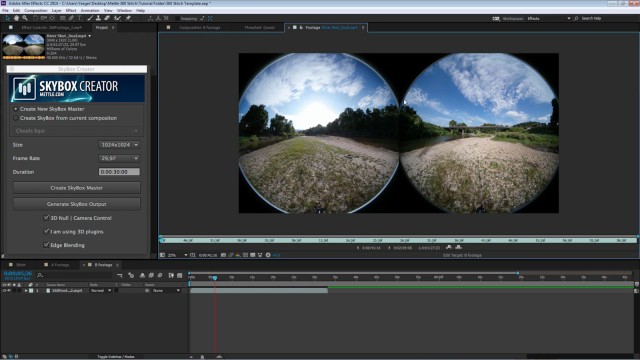 Charles Yeager (yeagerfilm.com) shows us how to stitch Samsung Gear 360° footage in After Effects using the SkyBox Studio 360/VR plugin. The Samsung Action Director stitching app only works on WIN, so this method offers a way to custom stitch your footage on both Mac and WIN, with better control and results. Try it out – download the FREE project file below.

Samsung Gear VR 360° footage is shot with 2 Fisheye lenses at (3840 x 1920), 30 fps, and there is only one stitch line to deal with where the two lenses overlap. This technique works with any 360° footage that is shot with 2 lenses, such as the Ricoh Theta, Kodak Pixpro, Nikon KeyMission 360, and LG 360. The free project file is courtesy Mikey Borup (After Effects with Mikey). 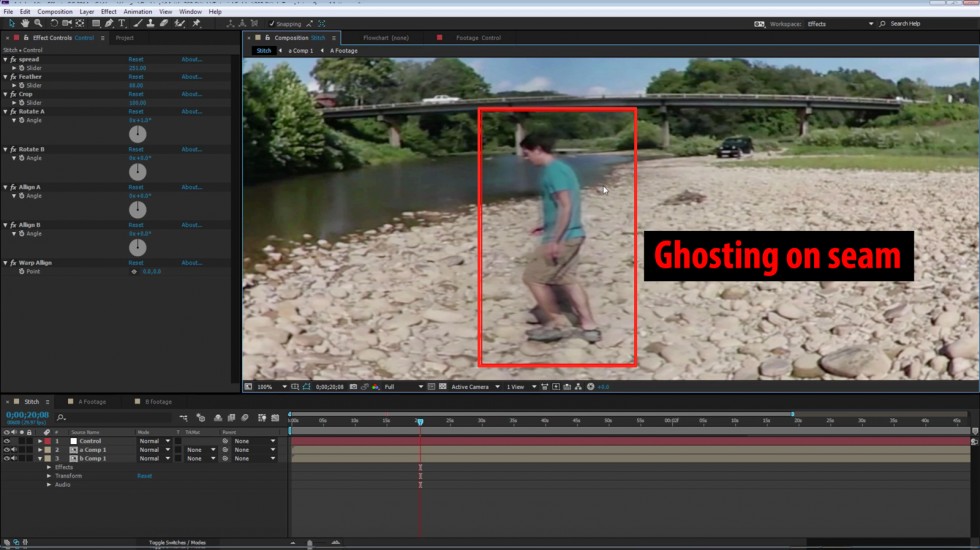 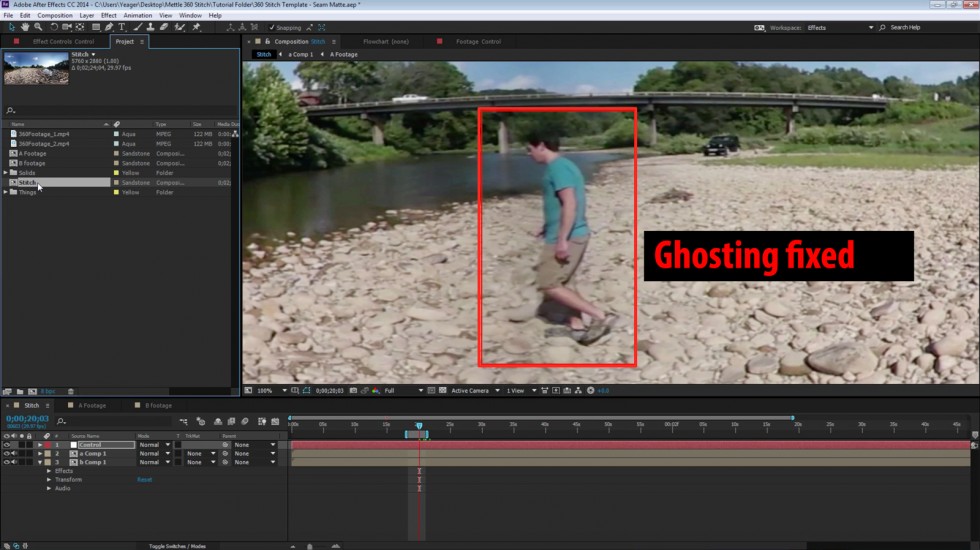 Ghosting effect – when a person crosses a seam – can be adjusted in After Effects. 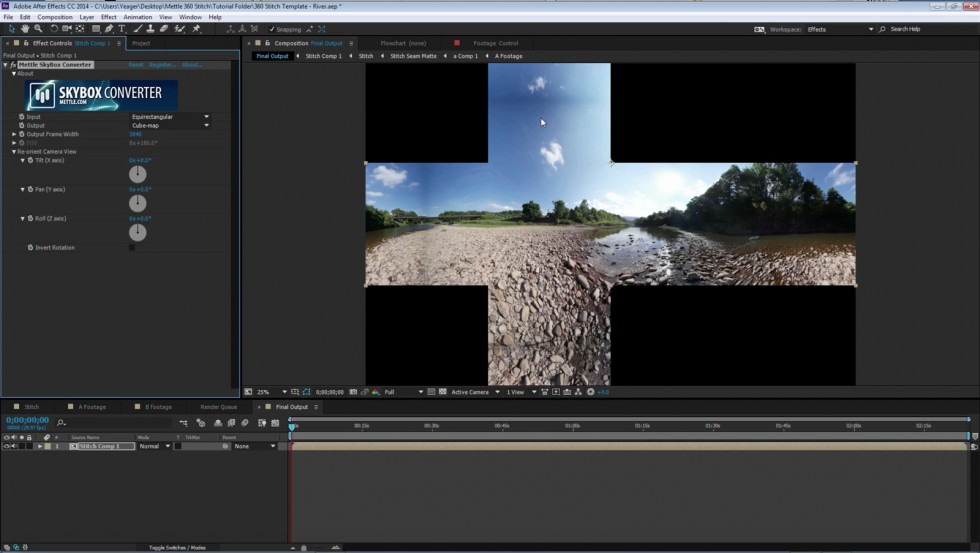 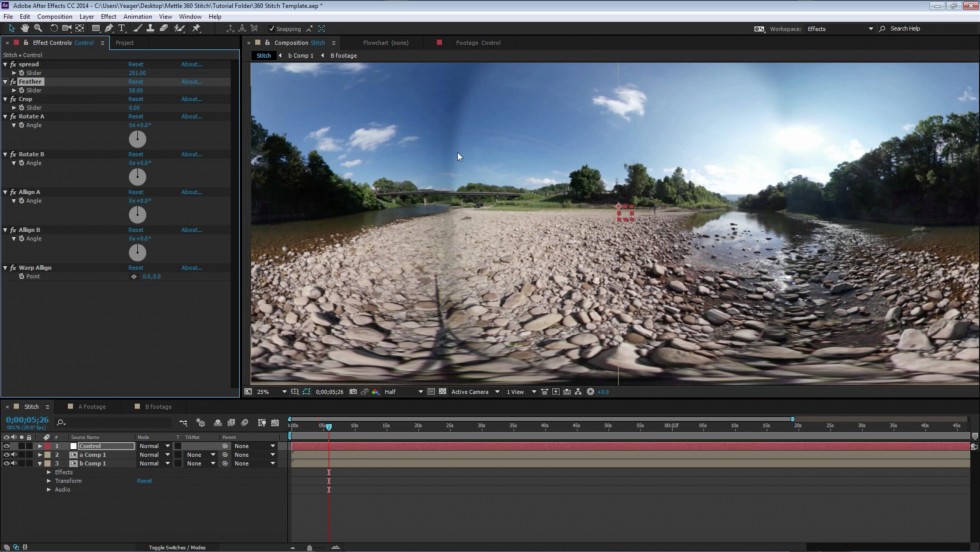 SkyBox Studio: Convert from Cubic Cross to Equirectangular, for rendering to YouTube 360 format.