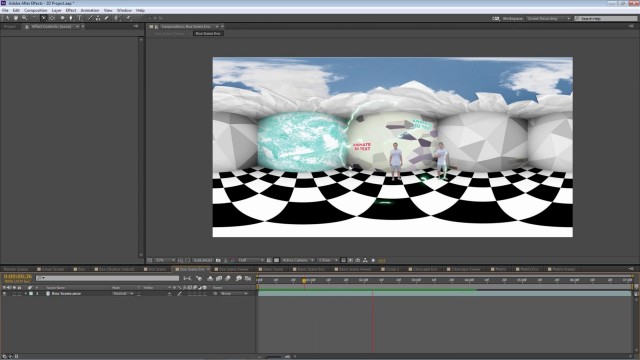 Charles Yeager (yeagerfilm.com) shows how to create a 360 video in After Effects with SkyBox Studio. He uses 2D keyed footage of himself and composites it within different 360 scenes created entirely in After Effects. He composites his “2D” self within an Element 3D cityscape, and into different virtual 360 rooms built from flat images. He also replicates a weapon scene from the Matrix in 360.

The creative possibilities are endless, and as Charles says, “It’s a great way to start producing 360 content”. There are lots of 360 production tips throughout the tutorial as well. 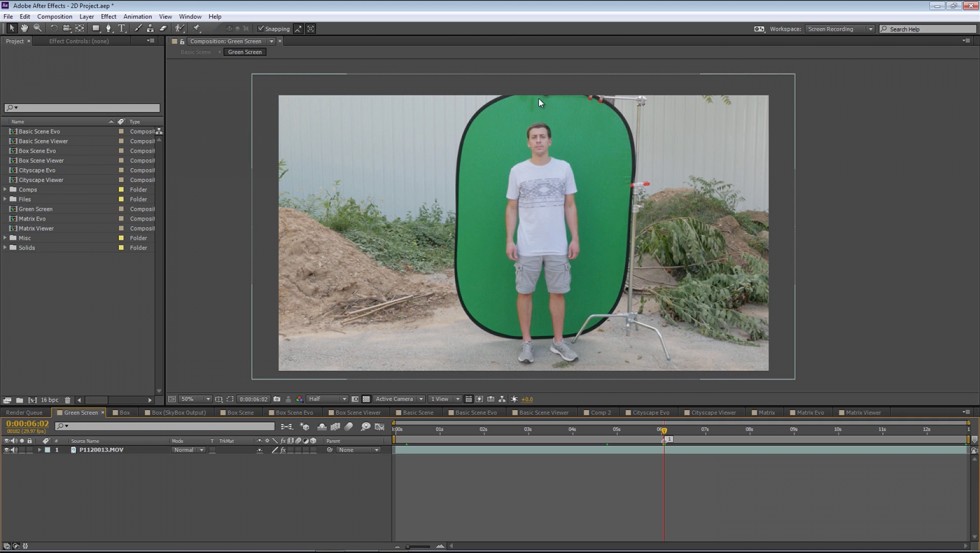 Charles shoots himself against a portable greenscreen, using a Panasonic GH4. 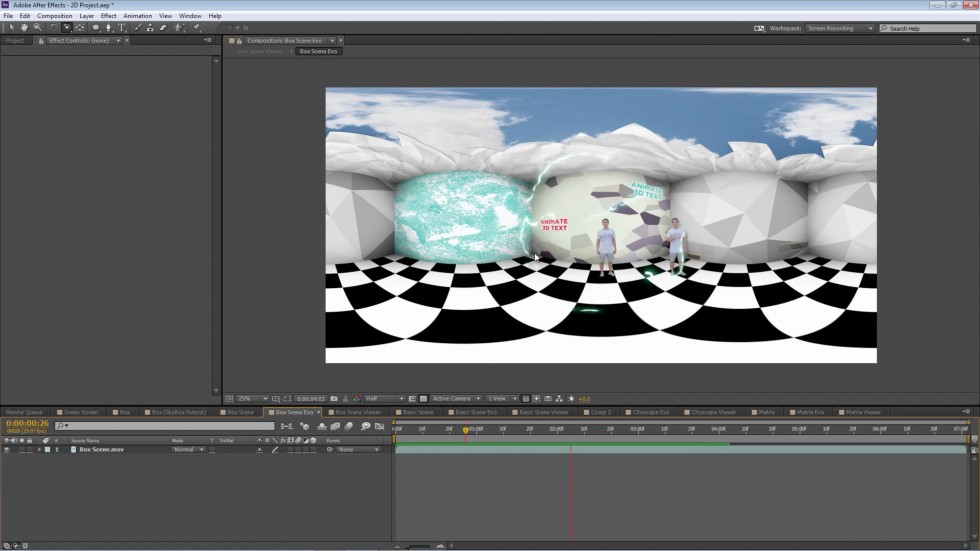 Charles shows how to builds a 360 scene in After Effects. 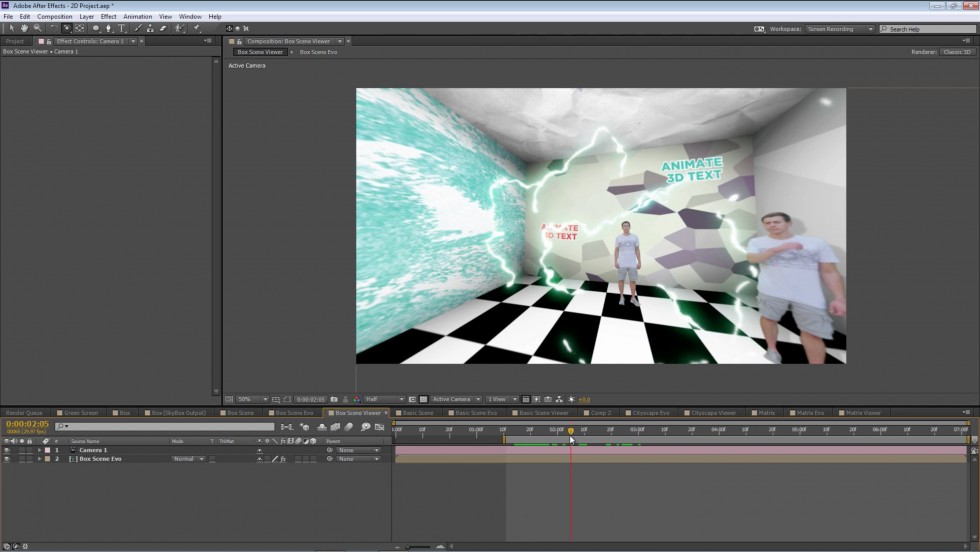 Custom view in After Effects shows the same scene. 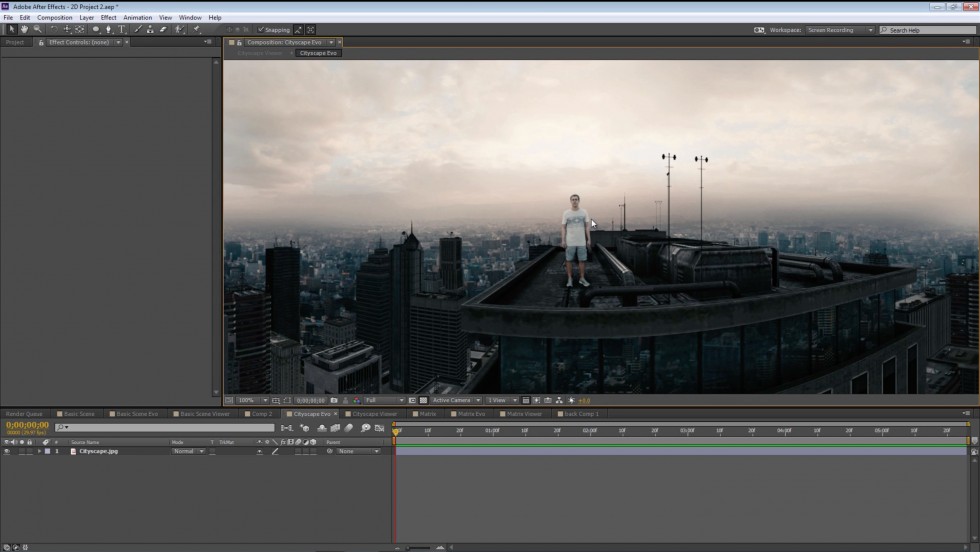 The keyed 2D footage is placed on top of an E3D Cityscape, and turned into a 360 scene with SkyBox Studio. 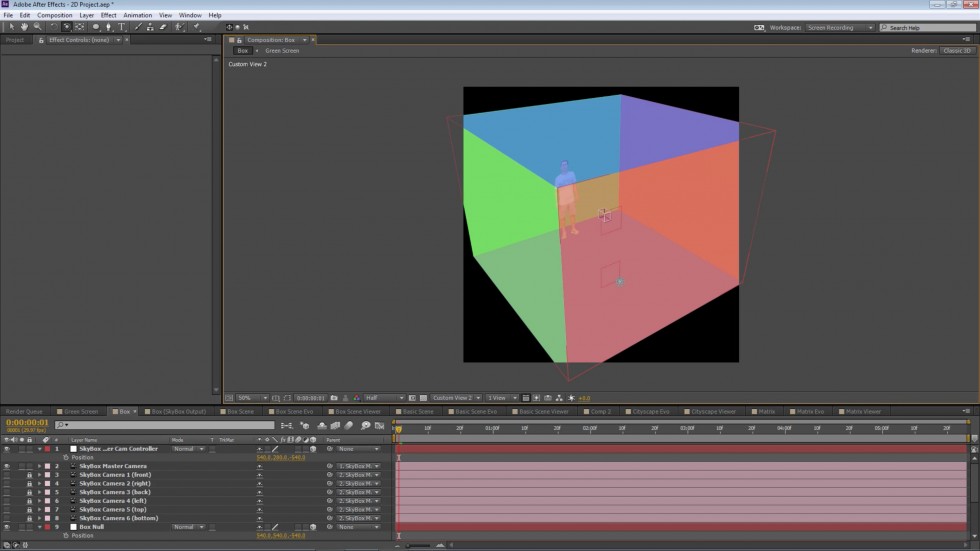 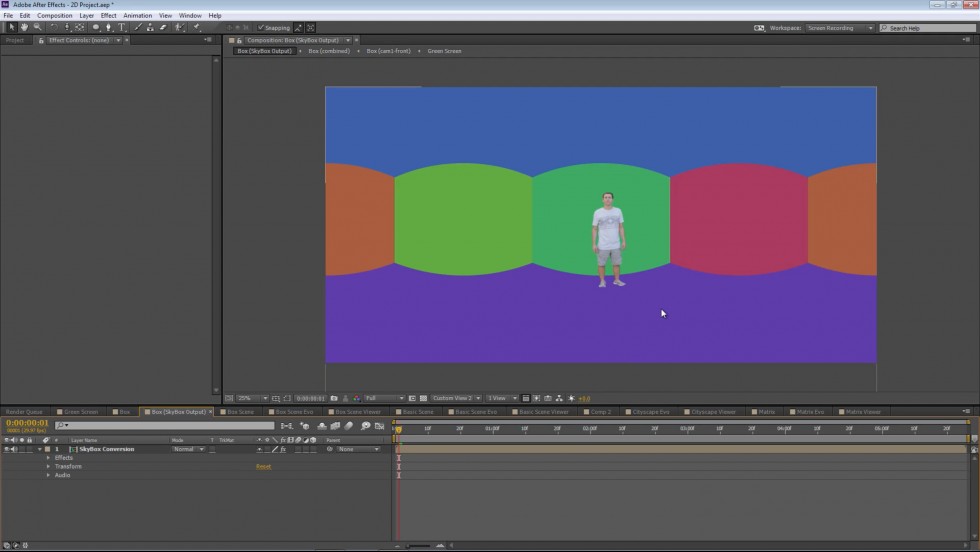 Charles breaks down his technique, using a multi-colored 360 cube/scene. 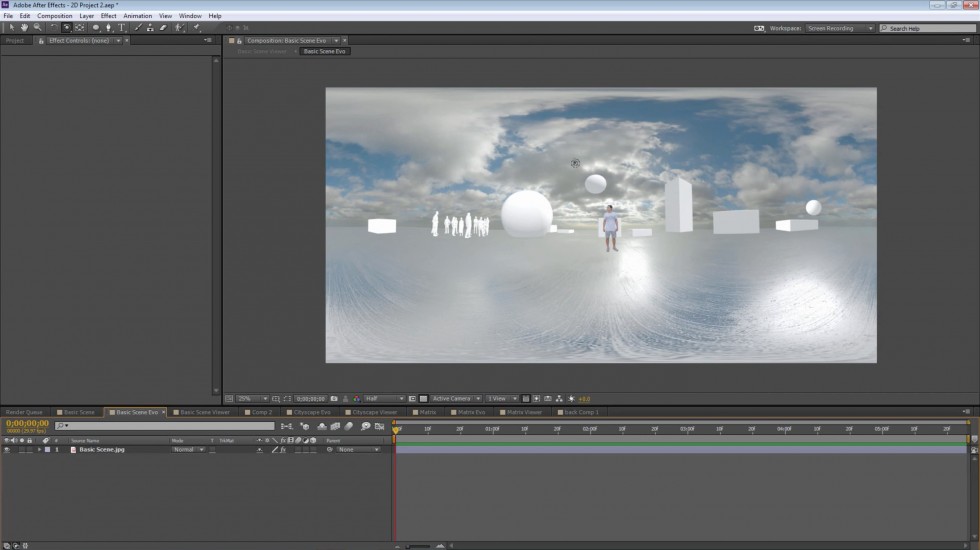 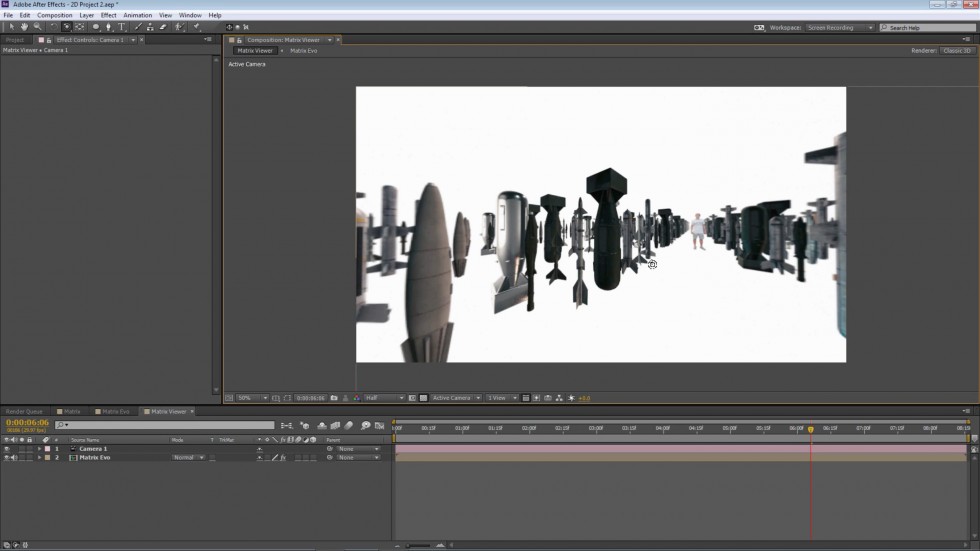