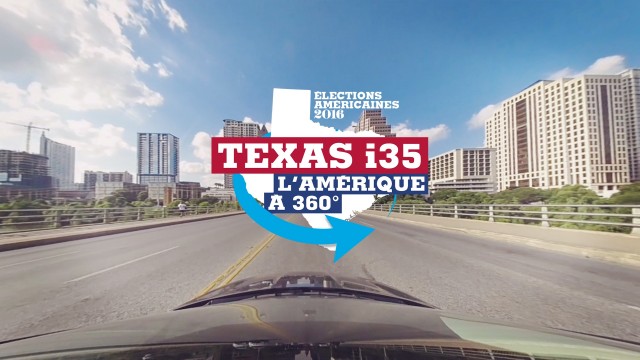 FRANCE 24, an international news and current affairs television channel based in Paris, offers a French perspective on the American presidential election. Visitors can climb on board a French language 360/VR roadtrip through Texas on Interstate 35, and see the main themes of the American presidential campaign investigated along the way. There are 7 stops, each spotlighting an influence on the election process: the Economy (Thackerville), Religion (Irving), Firearms control (Hicksville), Geopolitics (Killeen), Health (Austin), Climate (Cotulla), Immigration (Laredo)

France 24 special correspondents traveled this contrasted territory, dynamic and conservative at the same time. Combining texts, photos and immersive videos in 360°, this webdocumentary series provides a new approach of this land that has been Republican for more than 65 years, and that now seems a toss-up between Donald Trump and Hillary Clinton. Mettle 360/VR Plugins were used in the post-production. 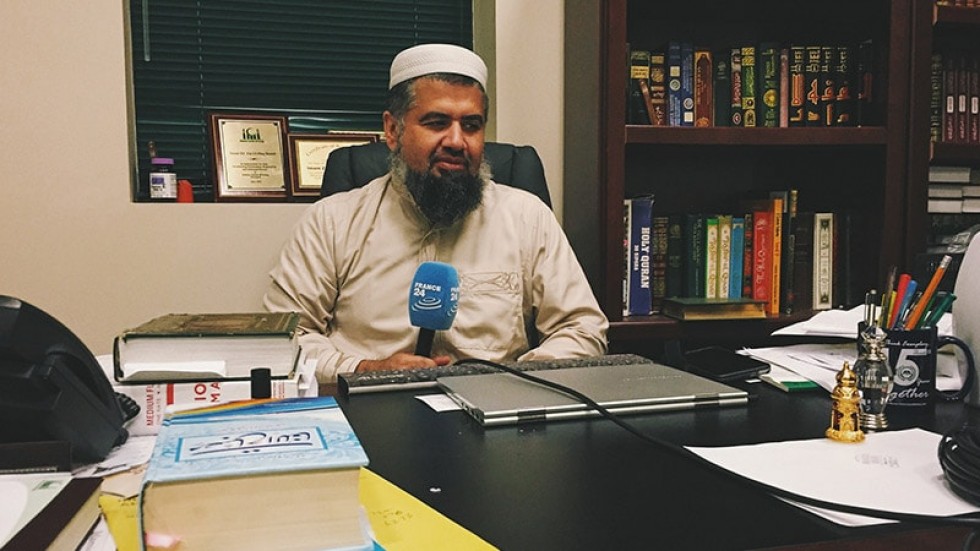 “We discovered Mettle 360/VR plugins for Adobe while benchmarking the VR Postproduction Software market, and were seduced by Skybox Studio. We worked with Skybox Converter in After Effects CC2015 on animated compositions.

For the i35 documentary, we had to give information about the context and the perspective of the subject, so we chose to add text. Skybox Converter was the easiest way to make them appear inside the 360 system.

“Preaching tolerance at the Irving Mosque”
France 24 travels on to the Irving Mosque, close to Dallas, where the Imam discusses his point of view about Donald Trump and the place Muslims have in the United States of America.

“Showered with M16’s at the Hicksville Shooting Range”

France 24 goes to the Hicksville shooting range, to meet fervent defenders of the Second Amendment, a belief held by many followers of the Republican cause.

“Geopolitics: American Wars at the Military Cemetary of Killeen”
Further South on Interstate 35, is Killeen cemetery, next to one of the largest US military bases in the world. France 24 takes the opportunity to investigate Barack Obama’s record on foreign policy.

“The rush towards shale oil extraction in Cotulla”
The journey continues in the desert of Cotulla,the site of an economic and demographic boom since the start of fracking.

“Immigration: Little Mexico at the border crossing in Laredo”
The roadtrip ends at the Mexican border, in the extreme South of Texas. It was the opportunity to talk about hispanic immigration.

France 24 is a 24-hour non-stop international news and current affairs television channel based in Paris. Its stated mission is to “cover international current events from a French perspective and to convey French values throughout the world”. It started broadcasting on 6 December 2006.