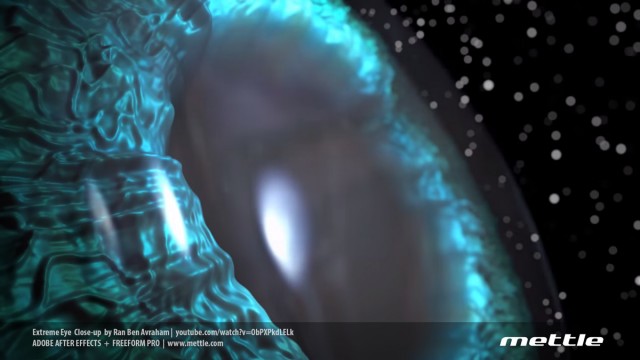 Ran Ben Avraham shows us how to create an extreme close-up of the human eye, inspired from the title sequence of the new Cosmos series. He shows us how to create something similar using After Effects and Mettle’s FreeFrom Pro, one of the few 3D plugins for Ae that can actually build and create 3D objects without leaving After Effects. Thanks to Ran for the great work!

In Part 1 we focus on building the extremely detailed depth and color maps, building the general shape, placing it in space and preparing it for animation.


In the second part, we’ll focus on animating the camera and the 3D shape itself as well as different parts and elements of the depth and color maps. We’ll create the sclera with its own depth, color and animated reflection map. And finally add the stars background and DOF.

Ran Ben Avraham is a post production artist working mainly in the fields of motion design and visual effects.
He is a freelancer from Israel.
vimeo.com/user9014239