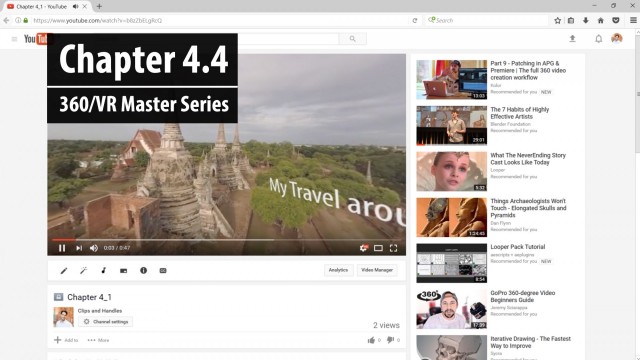 Chapter 4.4. In this final video, we view our finished 360 video on a browser, where it has been uploaded to Youtube. It can also be viewed in an HMD, and on a 360 Smartphone.