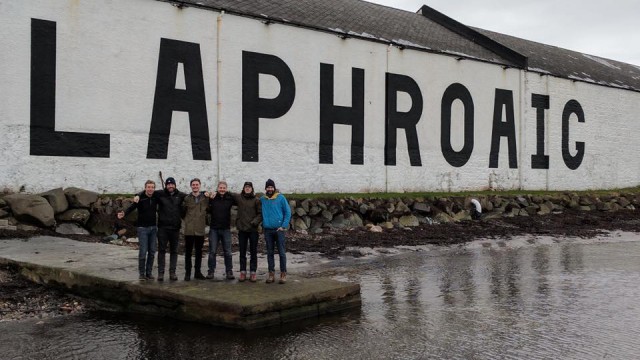 VR City is an award-winning studio known for it’s immersive 360 Storytelling and pioneering VR Productions. Those elements are at the front and center of their latest project for Laphroaig, the renowned single malt Whisky Distillery, located on Scotland’s Islay Island, where they take the viewers for a 360-degree tour of the Laphroaig Distillery.

The video was nominated for the Best VR Branded Experience at the Raindance Awards, and weaves a story about all the elements that create the Laphroaig Whisky.

The Mettle Skybox plugins were used extensively in the post production of the Tour, for object removal, stabilization adding 2D edits and more. (The SkyBox tools are now fully integrated in the Adobe CC18 VR toolset  – More info here).

Mettle is proud to showcase a customer story and is pleased to present VR City’s work with Laphoraig. To do so, we spoke with Darren Emerson, Director at VR City and Conan Roberts, the Head of Post Production. 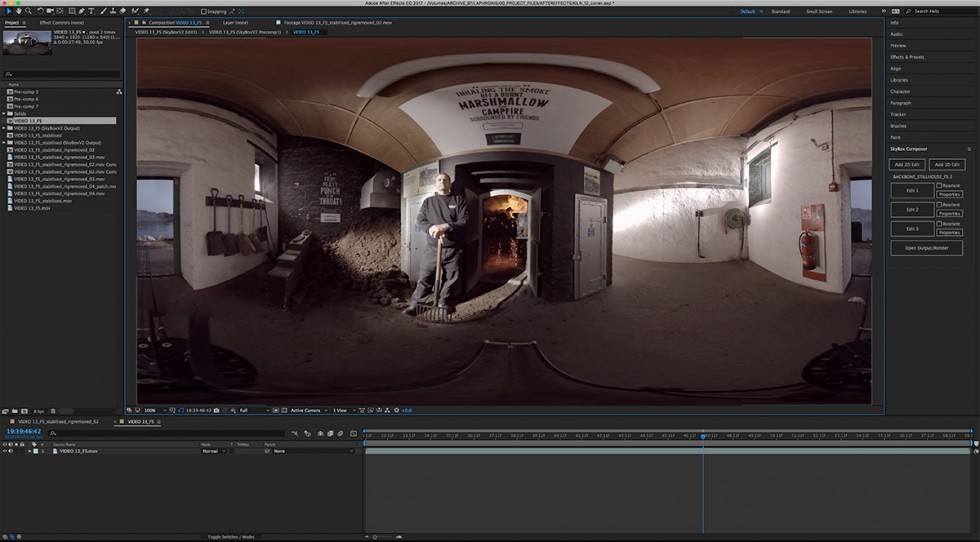 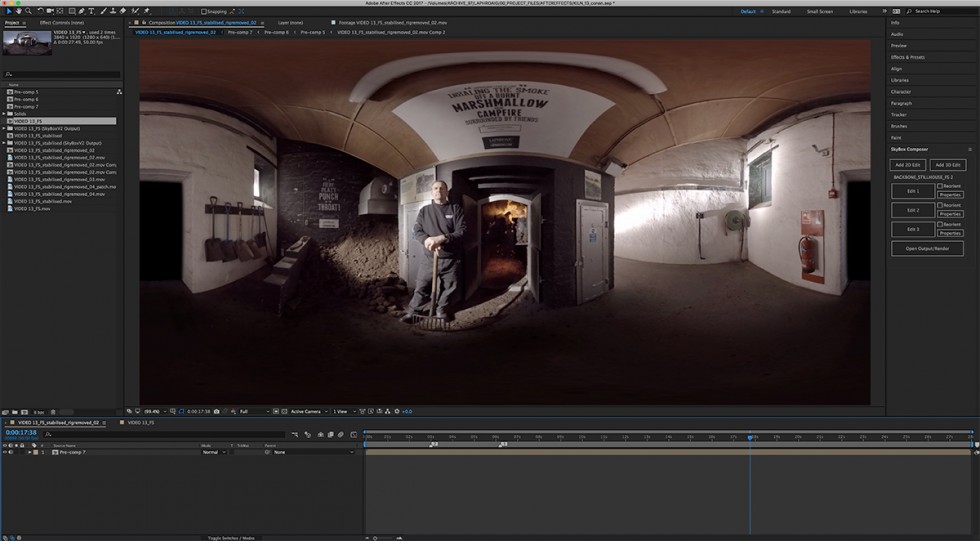 Post-Production in After Effects with SkyBox, now part of Adobe CC 2018.

A Journey Through the Process

On How VR City ended up working with Laphroaig for this campaign, Darren explained: “VR City partnered with marketing agency White Label to create this 360 tour of the Laphroaig Distillery on the beautiful island of Islay. Creatively we wanted to take the viewer on a journey through the process of making the whiskey, constantly moving through the elements that make Laphroaig unique; the combination of water, air, earth and fire.”

Darren described the many scenes in the story, “The film starts of the coast of Islay in the sea air that consumes the bay where the Laphroaig distillery sits, before travelling over the peat fields that are harvested with traditional methods, and then beyond that to the lake and the nearby Kilbride stream, the water of which is used in the distilling process. We then move inside the distillery walls, seeing the turning of the barley, the furnace burning the peat which smokes the grain above it.  Finally, we at the end of the film we are in the barrel room where the whiskey sits, before seeing a bottle of the 10 year old Laphroaig sitting out in the bay.” 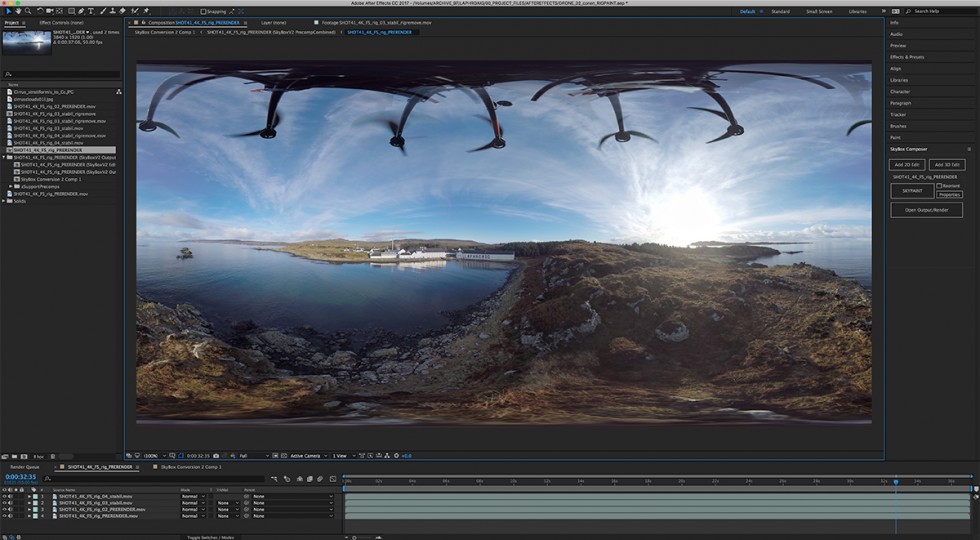 We also asked about how the Skybox tools were used by VR City to get those amazing results for this video. It is Conan Roberts, Head of Post-Production who gave us the answer: “All drone shots were first stabilized with Mettle. I would then render out in a lossless format and used the 2D Edit function to be able to look at the drone in the zenith and paint it out using nearby pixels.” 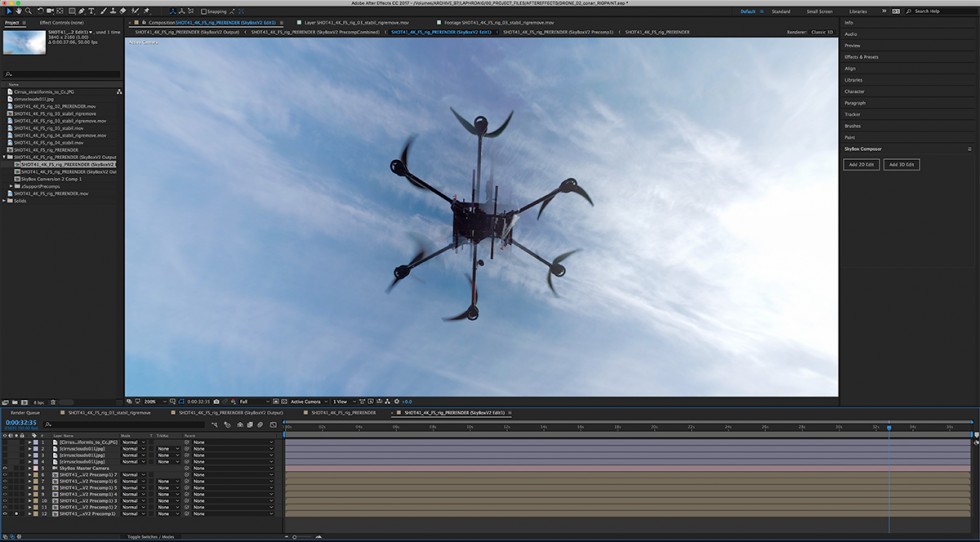 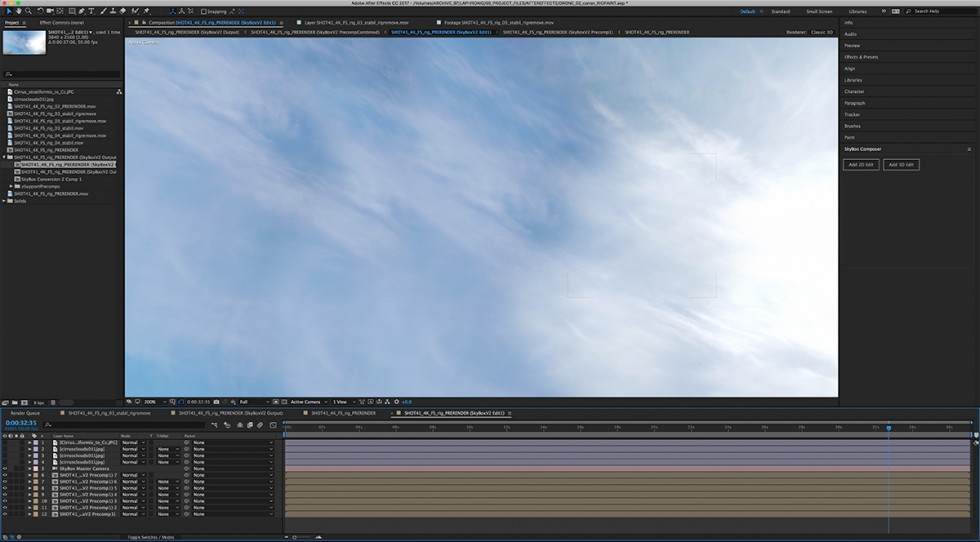 We used a mixture of wire and track to move the camera when indoors, as it was way too tight and dangerous to fly a drone. For track again I used 2D Edit to get a workable view of the nadir and track, zooming really far out on the Skybox camera at time to fit the whole track into the viewer to be able to patch it out.

For wires, I ended up using Mettle Convertor and changing the equirectangular into a cube map, i could then use AE’s wire removal tool to get rid of it.” 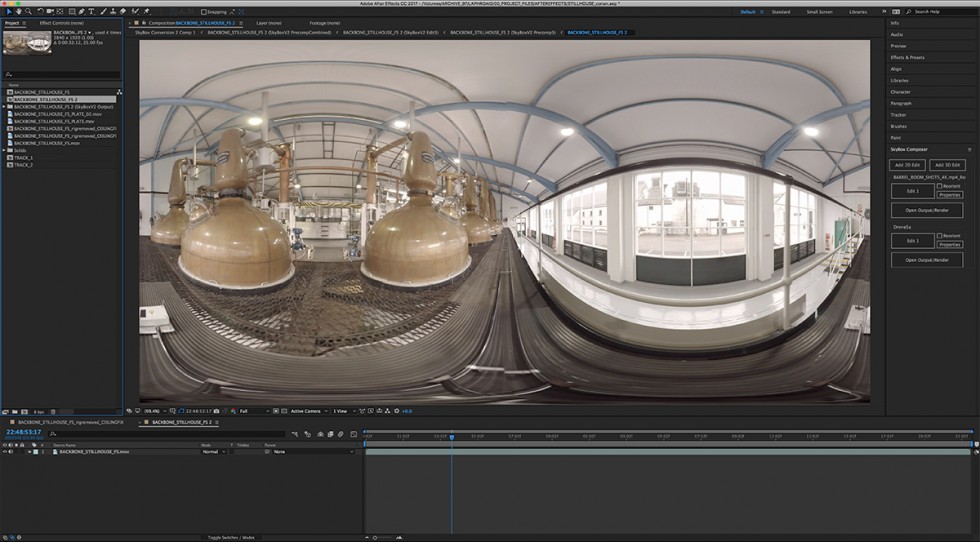 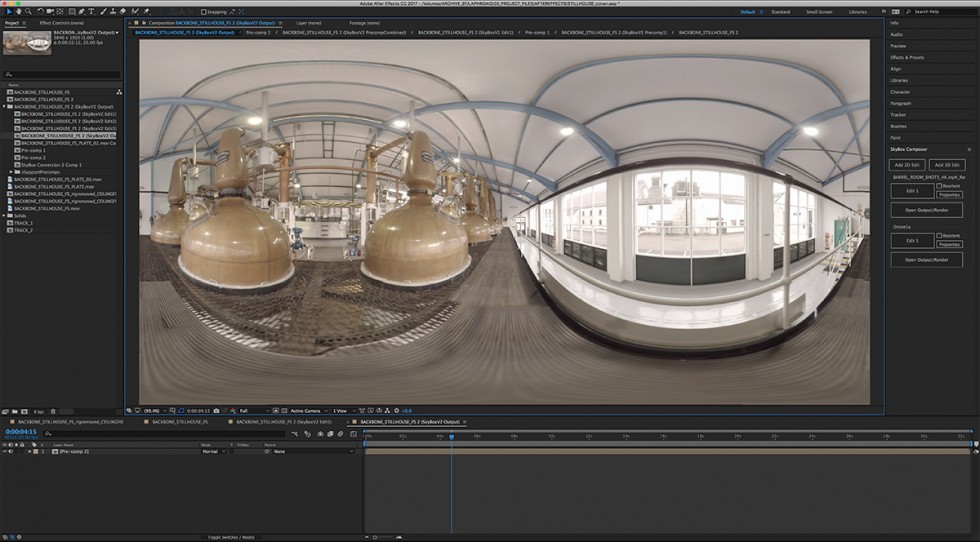 Movement was a key element to the vision of the film, “We used different techniques”, Darren explained. “Those included using a drone, track and dolly, controlled remotely on a syrp genie and using a wire cam set up that was powered by a specially adapted motor.

The success of the movement of these shots was to try and attain a consistent pace, that felt purposeful, stately and cinematic. The height of the camera was kept consistent throughout the inside shots also. The real hard part to moving shots is of course, the stabilization, stitching and compositing which Skybox helped us for.” 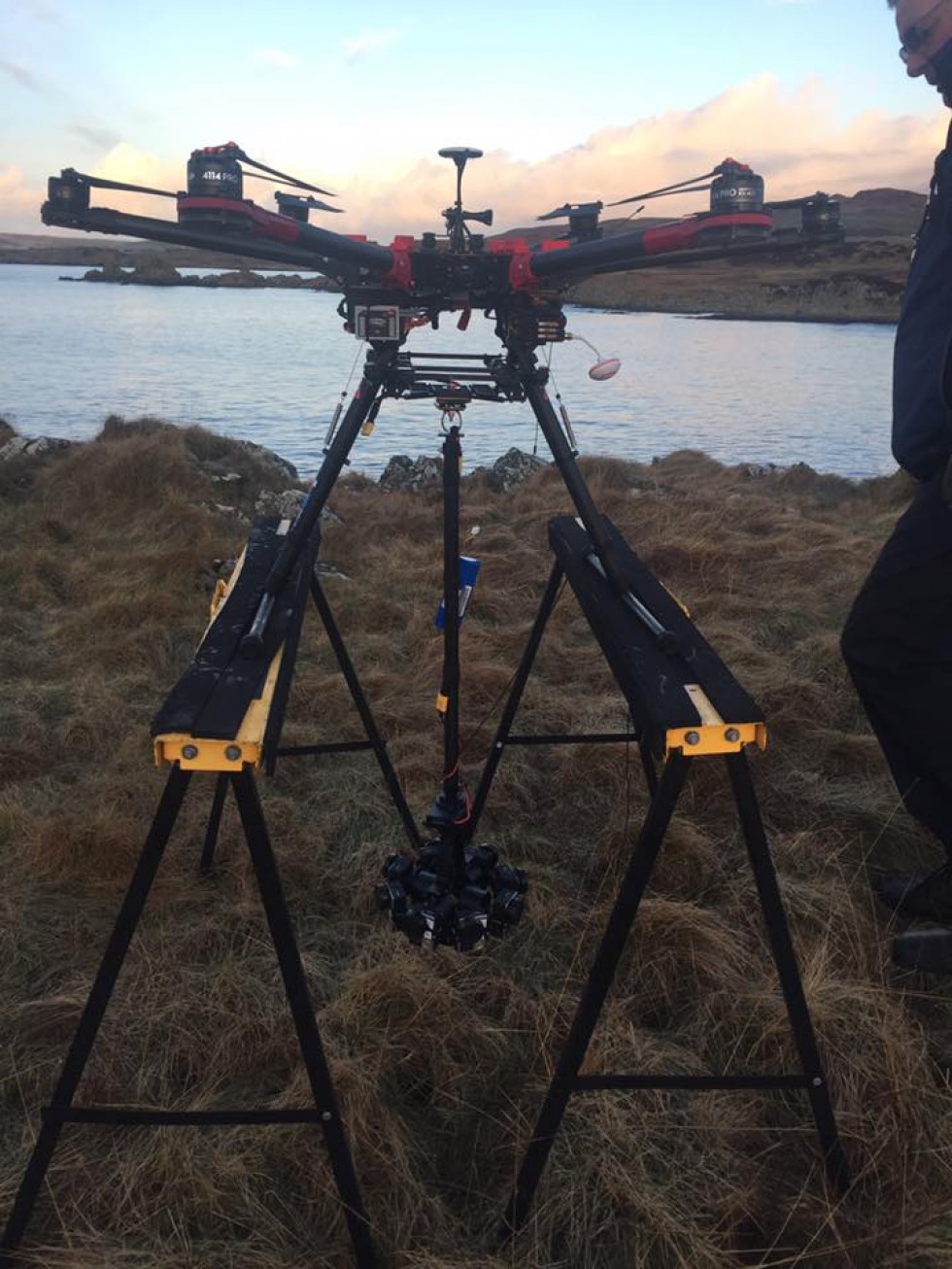 Darren finished up with his take regarding the future of 360 videos “At VR City, we are always trying to push the craft of 360 video further and further with each shoot. That means trying new things, experimenting with new technologies and new plug ins. Above everything else though we are a firm believer in story and creativity being at the heart of a good experience. Whether it is making a hard-hitting documentary, working with an amazing brand like Laphroaig or working with broadcasters, our passion is to make great work that has an emotional impact. I’m personally very excited about where 360 video is going, and what we will be able to achieve this time next year.”

We are certainly looking forward to what they come up with in the future! – Mettle