FLUX brings Fractal Flames into After Effects. It’s 3D Volumetric, so you can move your camera around and through the FLUX “Volume”. Create sci-fi skies, Nebulas, Portals, and much more. Easily customisable, with many presets. Supports Flat, 360 Mono and Stereo. Download a free demo: www.mettle.com/free-demo

Creative Uses of FLUX in After Effects 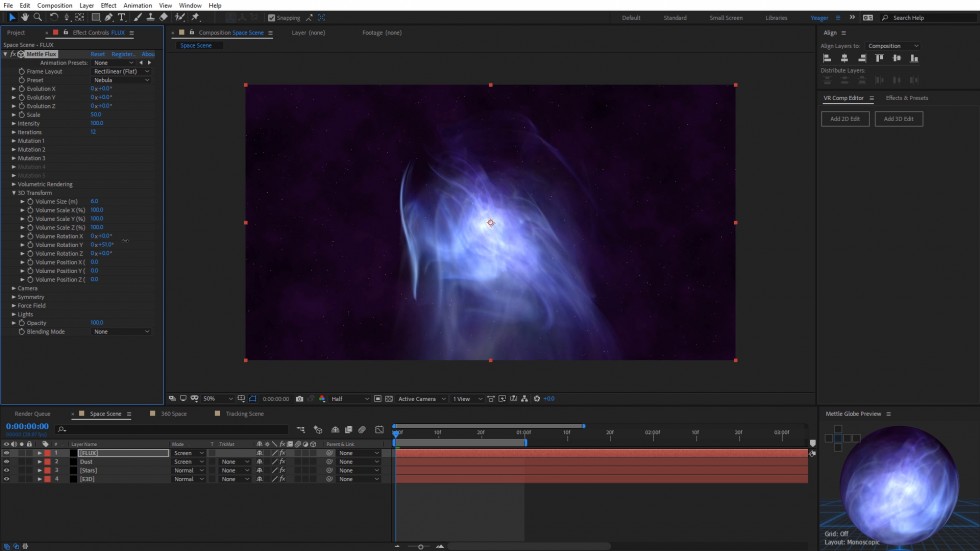 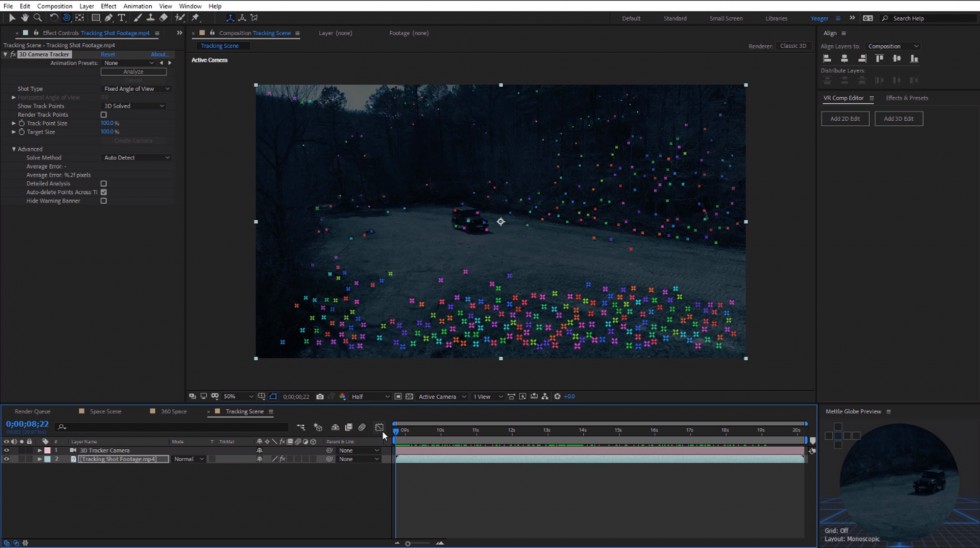 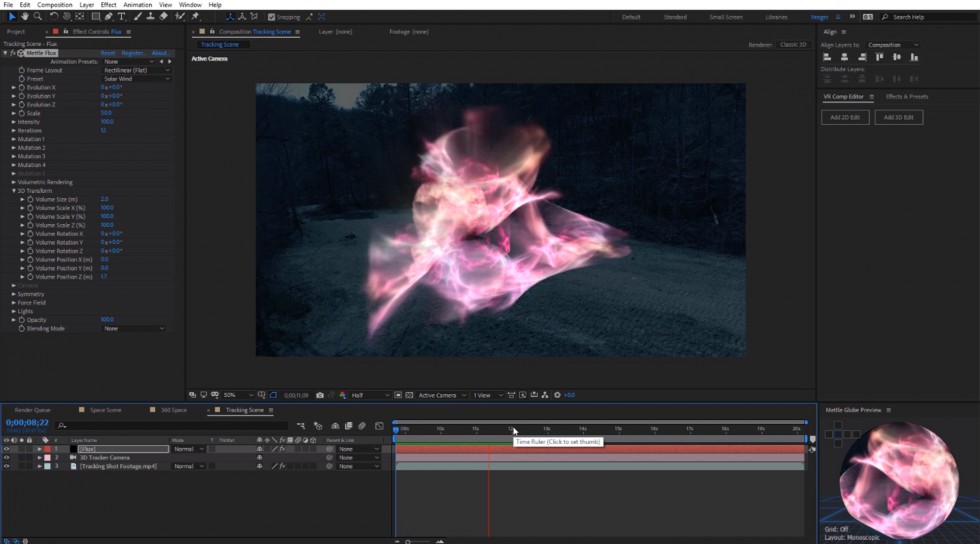 FLUX with a tracked scene shot with a drone. 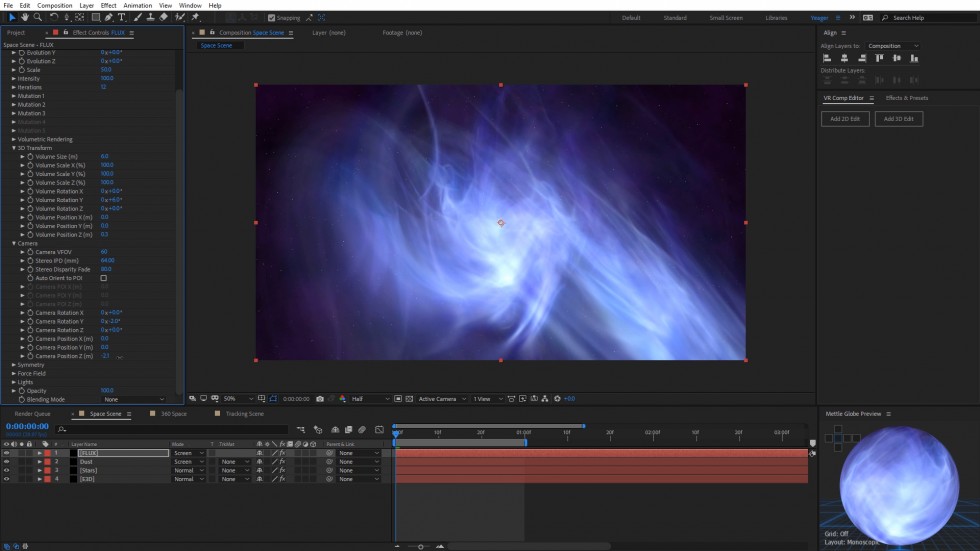 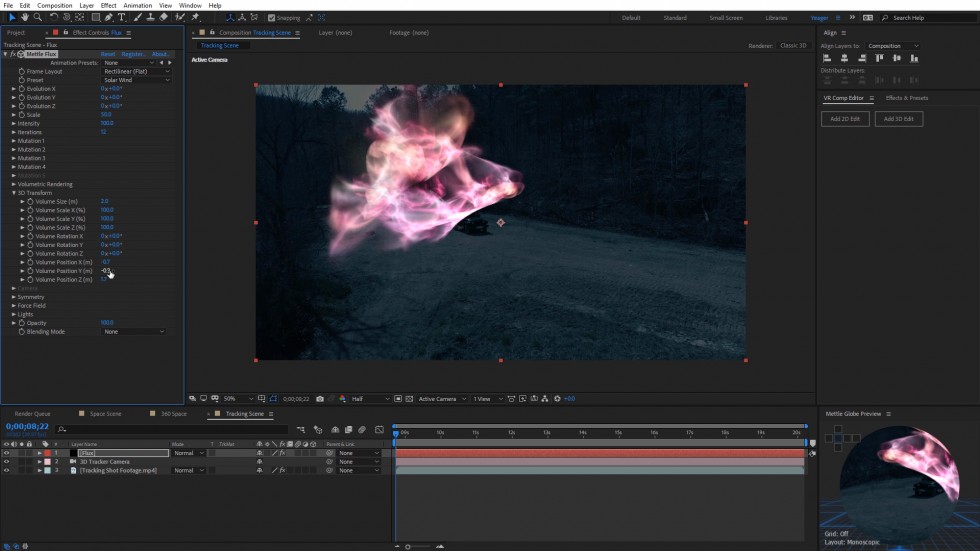 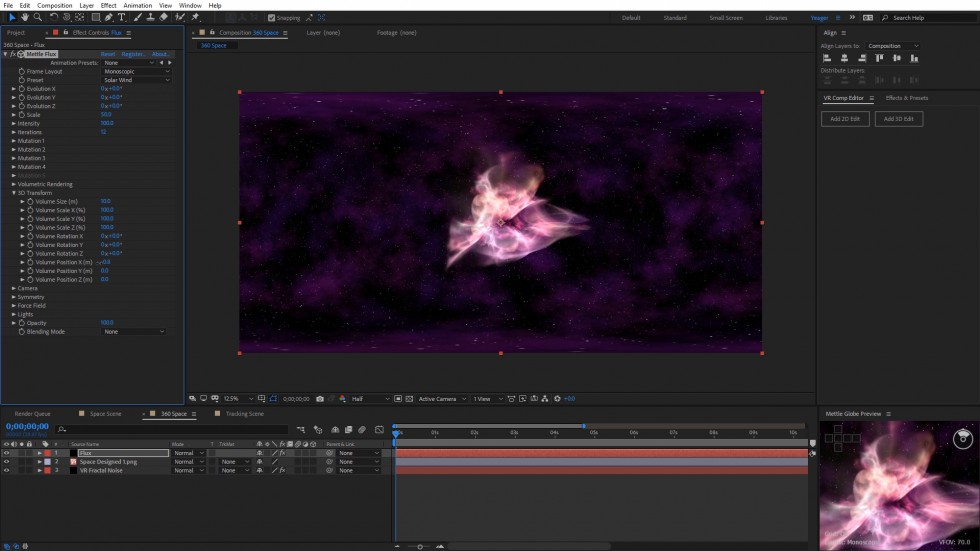 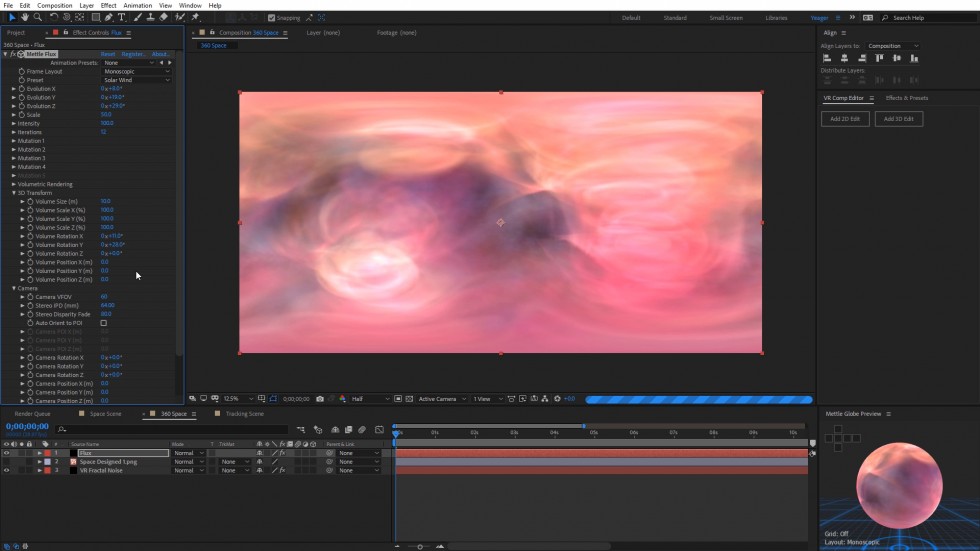 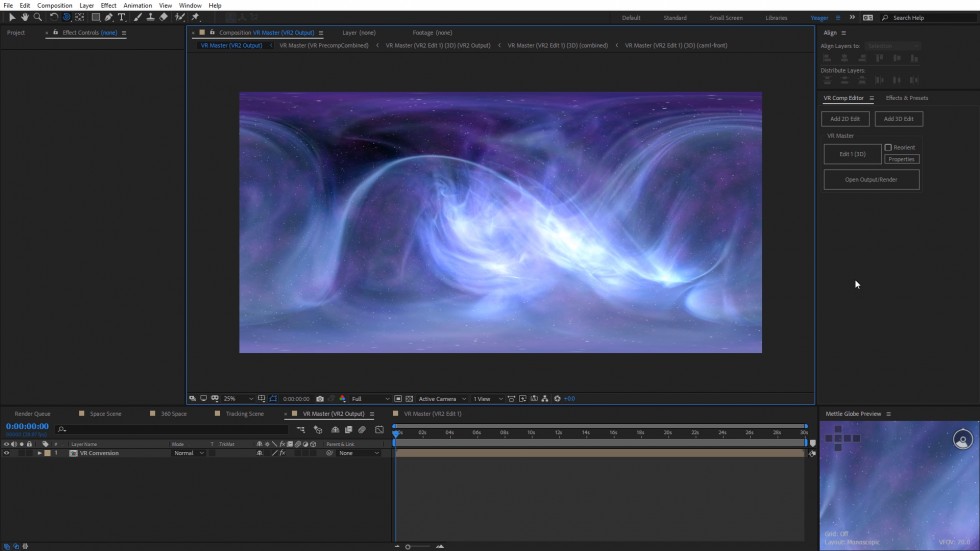 Charles is the author of numerous Mettle tutorials on video post-production in After Effects and Premier Pro. You can find them in the tutorial sections on our website.