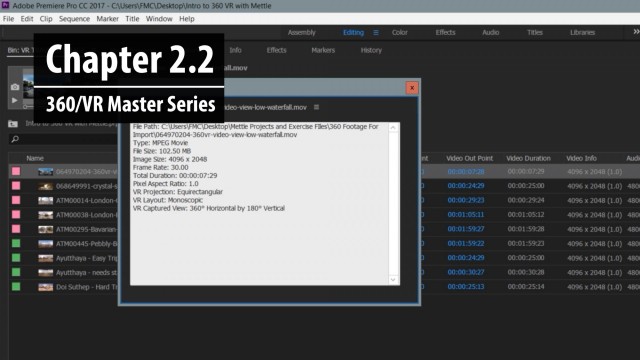 Upon import Premiere Pro uses metadata to identify 360 clips. Learn how to access this metadata and change it directly in the project panel.