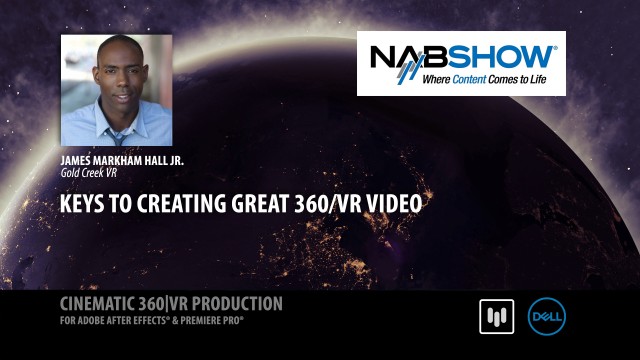 James Markham Hal Jr., Co-Founder Gold Creek VR, shows us how to take care of some common 360° post-production tasks in After Effects. He uses the View-based Edit in SkyBox Studio V2 to place a 2D video window over 360° footage, covers the Nadir with a logo and removes unwanted shadows, camera support and lighting equipment. His presentation includes examples from several of the VR series he serves as Producer, Director, Cinematographer and Editor on, including “American Ghost Towns,” the upcoming “Historic Treasures of the National Parks,” “Antonio Brown: Call God” and “Super Pups!”

“360/VR Shot design is all about planning your shots to maximize the impact.” 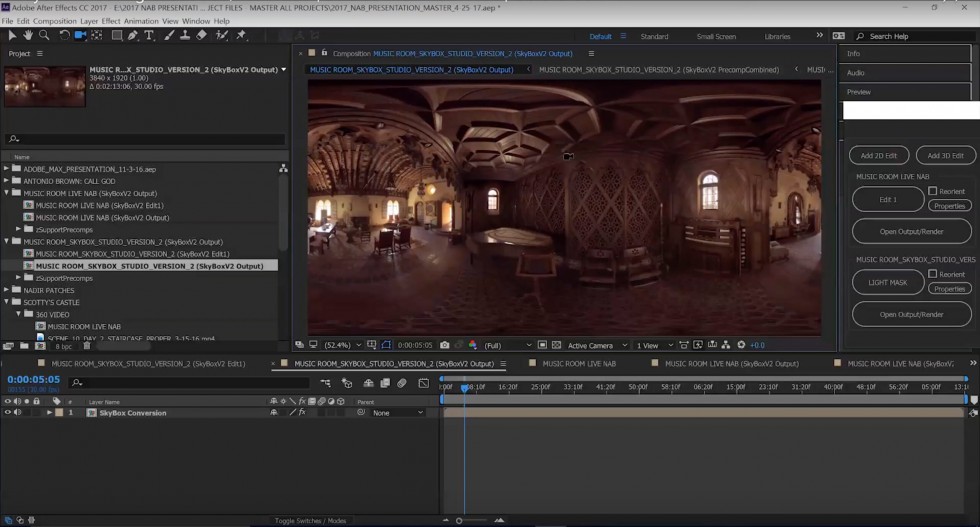 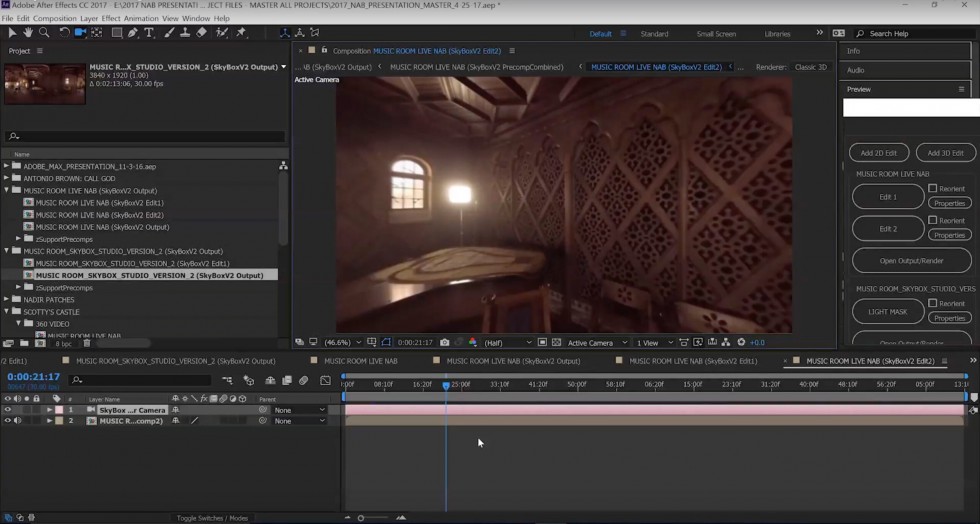 Designing your shots to view properly in headset is key to a great VR experience. 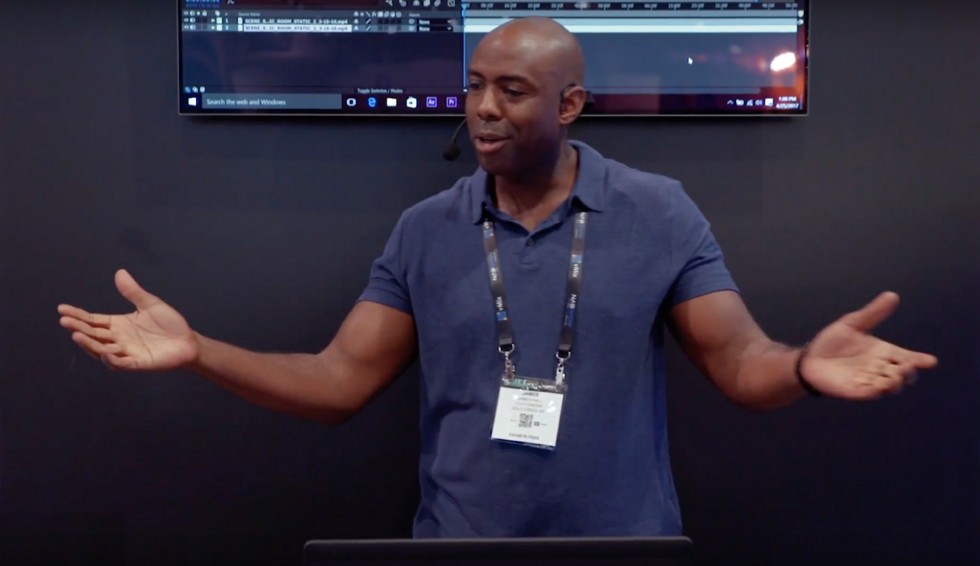