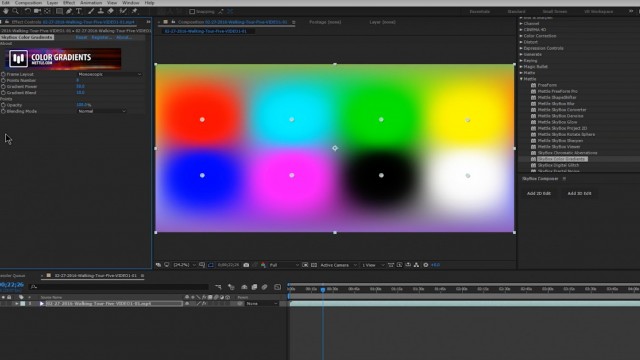 Al CAudullo, 3DGuy.tv, leads us through all four SkyBox 360/VR Post FX 2: Digital Glitch, Chromatic Abberation, Fractal Noise and Digital Glitch. They are an easy way to customize your 360 video, and make them more cinematic. 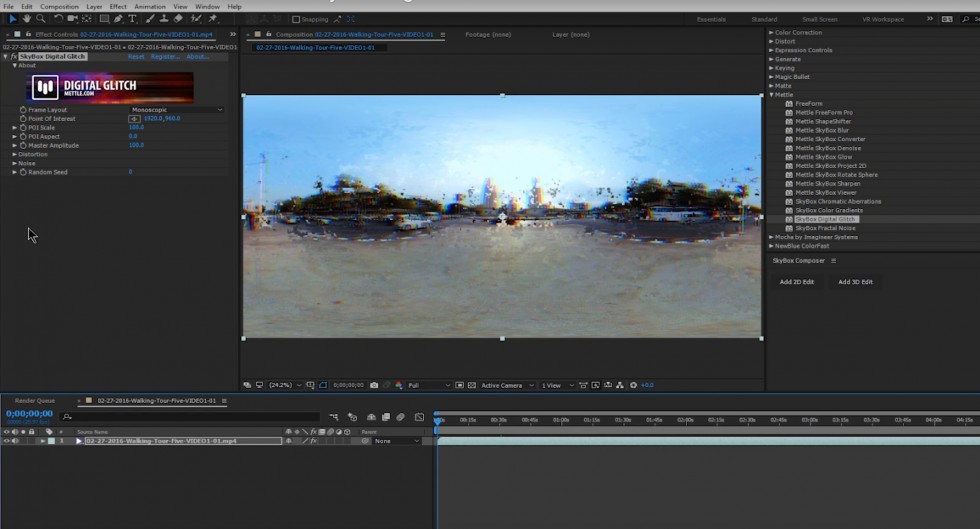 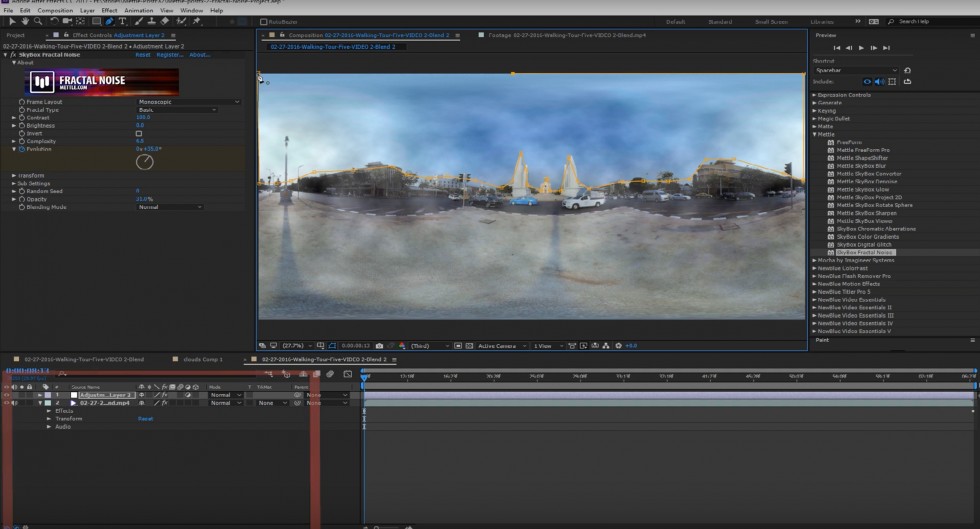 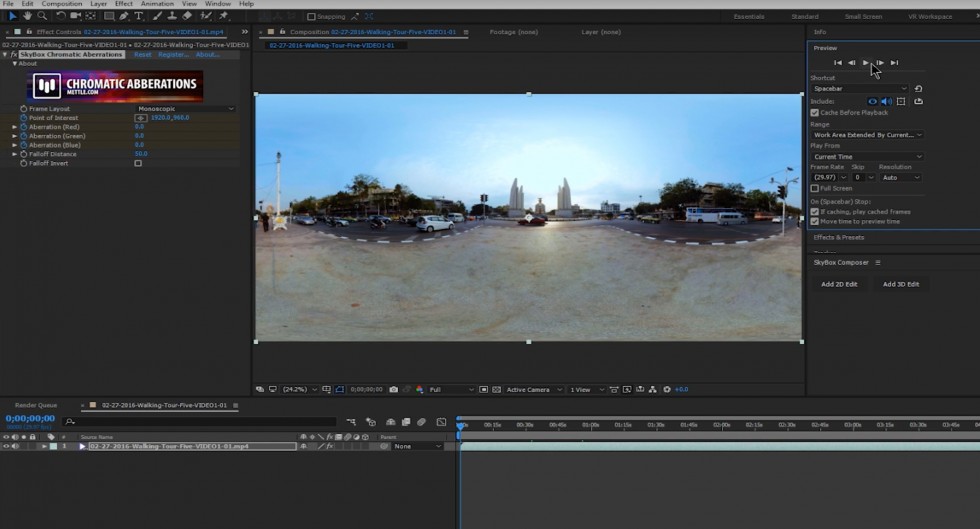 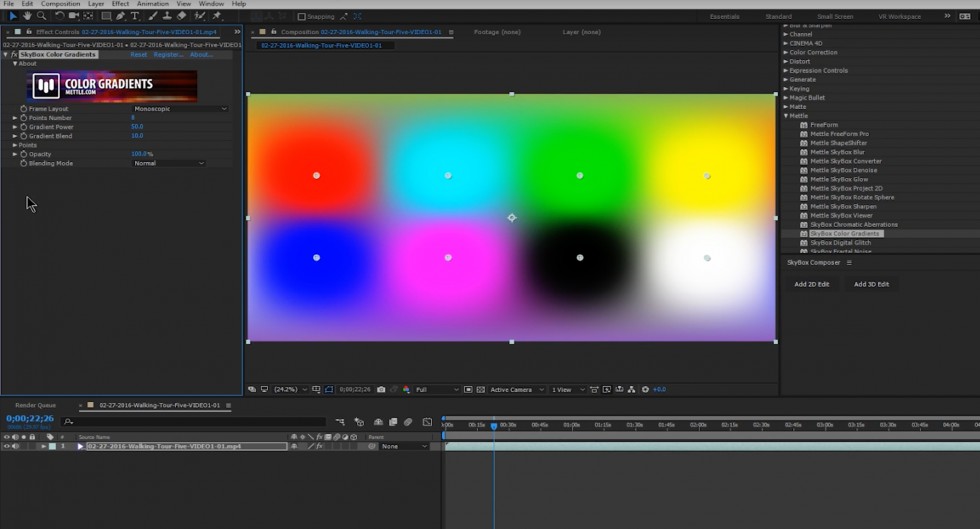 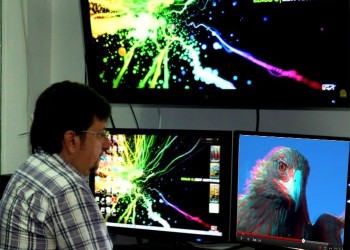 After mastering 3D production techniques, Caudullo created and taught Asia’s first 3D production class at Mahidol University, Bangkok.  In addition to training, Caudullo uses his vast 3D know how to consult major industry players on advancing their 3D hardware and software tools.   He completed a Case Study on 3D Stereoscopic Editing in the Field, while on location in the mountains of Western Mongolia.  Caudullo has been quoted in a variety of publications including, ICG (International Cinematographer Guild) magazine and in Bernard Mendiburi’s newest book; 3D TV and 3D Cinema, Tools and Processes for Creative Stereoscopy. He has also served as a 3D Expert for major manufacturers.

He has a list of 3D first including the first 3D underwater production in Thailand that utilized the Panasonic AG3DA1 and the Gates Underwater housing, 3D underwater shooting in the shark tank at Siam Ocean World, the first 3D Wedding in Thailand, the first 3D short feature shot on the AG3DA1, Siam Fighter and the 3D productions in Mongolia. These productions were sponsored by Panasonic, Gates Underwater, Polaroid and 3DeeCentral. Grass Valley made Al  the first 3D Grass Cutters Certified Trainer. Most recently, Caudullo created his 3Days of 3D Workshops. The first was done in Los Angeles, with a sell out crowd and a list of 3D luminaries. The goal is to foster new 3D talent and show that 3D can be created with 2D budgets. Additional workshops are planned for New York, London, Paris and many more cities worldwide.