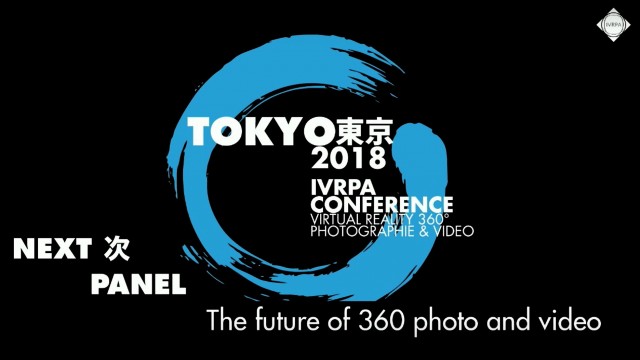 http://www.kolor.com
Kolor Founder, Senior Director Immersive Media Solutions at GoPro Mining engineer, DEA graduate in Material Physics, with 5 years of expertise in the development of video games and member of the Georges Mélies Photo Club, Alexandre Jenny is passionate about photography. It is this passion that led him to develop the Autopano software.

Maheen Sohail is a Product Designer at Facebook working on immersive media and Social VR. She is passionate about democratizing virtual reality and bringing these experiences to the masses. As a filmmaker herself, she is most interested in the potential of immersive storytelling. Prior to Facebook, Maheen worked at Electronic Arts as a UX Designer.

Luca-Nicolò Vascon is an immersive imaging pioneer, he designs and develops visual content, specialising in virtual reality technologies. He is active in R&D, keeping workshops in various universities since 2003.

Gerda Leopold produced and directed CARROUSEL in 2014, a 360° feature film and BALLAVITA in 2017/18 a cinematic , stereoscopic VR-film. Gerda has a background in Fine Arts, worked as a painter and had numerous exhibitions in Europe and the USA. In 2014 she started her production company AMILUX FILM in Vienna, Austria, focusing on new ways of immersive storytelling. AMILUX FILM also developed a VR cinema which can host up to 70 people, the CINEMA XR.

Michael Kolchesky is CEO of Visual Solutions 360° and Vice president of IVRPA (International Virtual Reality Professionals Association), She holds a degree in Photography and Visual Arts from Musrara Nagar Academy in Jerusalem (2005-2007) and a diploma from the Art Institute of Atlanta, US (2003). From 2012 she has been based in Paris, France and has collaborated on large-scale projects around the globe as a VR technical consultant, 360 VR camera operator, and a VR post-production expert. She has contributed to over 30 cinematic VR projects and worked as a 360 panoramic imaging technical expert for over 10 years. Speak English, Spanish, French and Hebrew. IVRPA Director member board from 2017

Tokyo, Japan is the most populous metropolitan area in the world and has an eclectic mix of innovations in technology, science, and culture, and will now gather the talent and passions of VR/360º creators and developers for a conference not to be missed.

Our 13th annual Conference will feature 4 days of talks, workshops, panels, exhibitors and other events where you will learn from and meet the leaders of the VR industry.